In a highly dramatic race, N1NO Schurter rode his brand new silver SCOTT Spark RC to Gold- his first World Cup victory of this season and the 31st of his career. World Champion Kate Courtney finished 8th, but maintained her overall lead in the World Cup.

If the high altitude, heat and dust weren’t enough for excitement, the top three men elite racers delivered one of the most exciting races of the season with a battle all the way to the finish line. SCOTT-SRAM’s N1NO Schurter, in one of his hardest races ever, had the best push at the end to defeat Matthias Flückiger and Henrice Avancini in the finale. 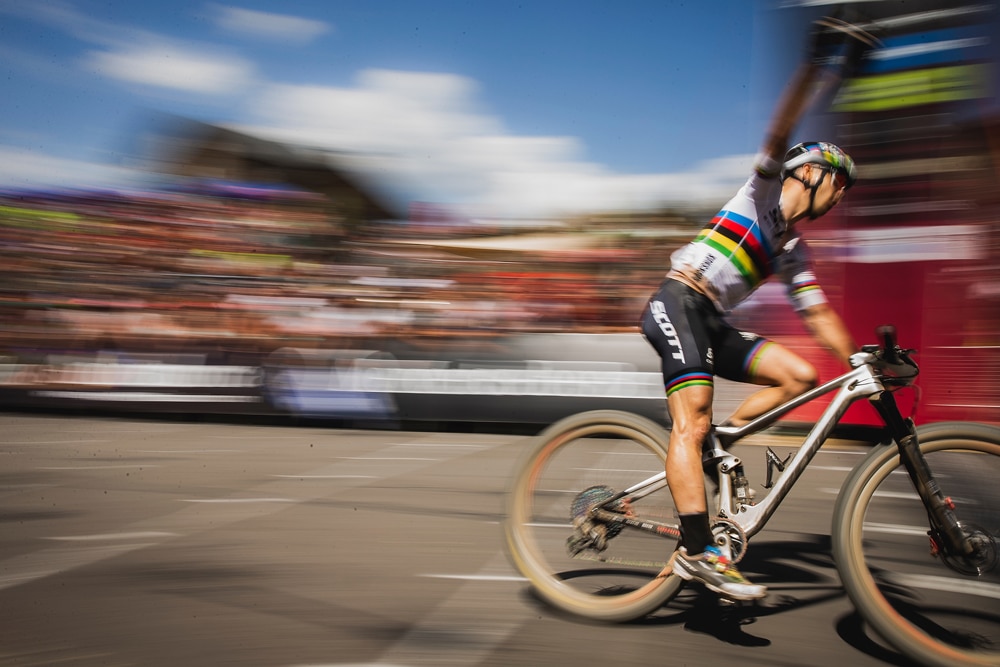 The World Champion had to wait longer and fight harder than usual to secure his first World Cup win of the season. This makes this 31st World Cup victory an even more deserved one.

Racing at high altitude (2000m above sea level) requires good preparation and experience. Both of these helped N1NO teach his contenders a lesson. Many went out of the gate as there were no tomorrow. Ondrej Cink was one of them who was in the lead by over 30 seconds but payed for his effort. N1NO stayed calm trying to control the chasing group. However, two small crashes also put the Olympic Champion’s back against the wall for a certain period of time. Short Track winner Henrice Avancini had an impressive ride and Swiss Matthias Flückiger also showed ambitions to win his second World Cup of the season. Going into the last lap those three were still together and it was hard to tell who would be the freshest in the finale.

In the ast lap N1NO attacked hard twice but was not able to drop Flückirger. As a result Avancini lost a few seconds, however the Brazilian was always in touch with the Swiss riders. 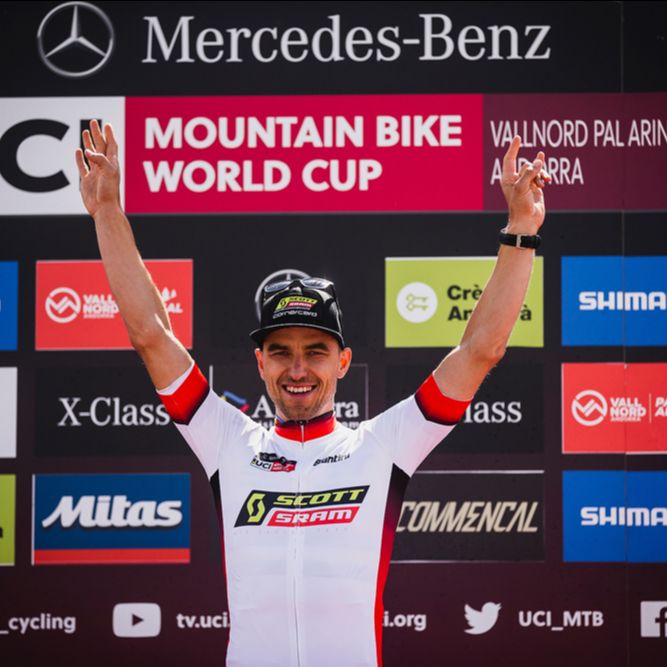 “This was one of the hardest races ever in my career. And it feels like one of the better victories. But I think this is to say about every time I cross the line first. I’m pretty proud how I pulled this one together.”
Nino Schurter,  SCOTT-SRAM
Olympic & 7x World Champion
By riding his limited edition SCOTT Spark RC N1NO HMX to victory, N1NO is now in the World Cup overall lead (as previous leader Matthieu van der Poel did not race in Andorra) and is only 3 wins away from Julien Absalons record of 33 World Cup victories. 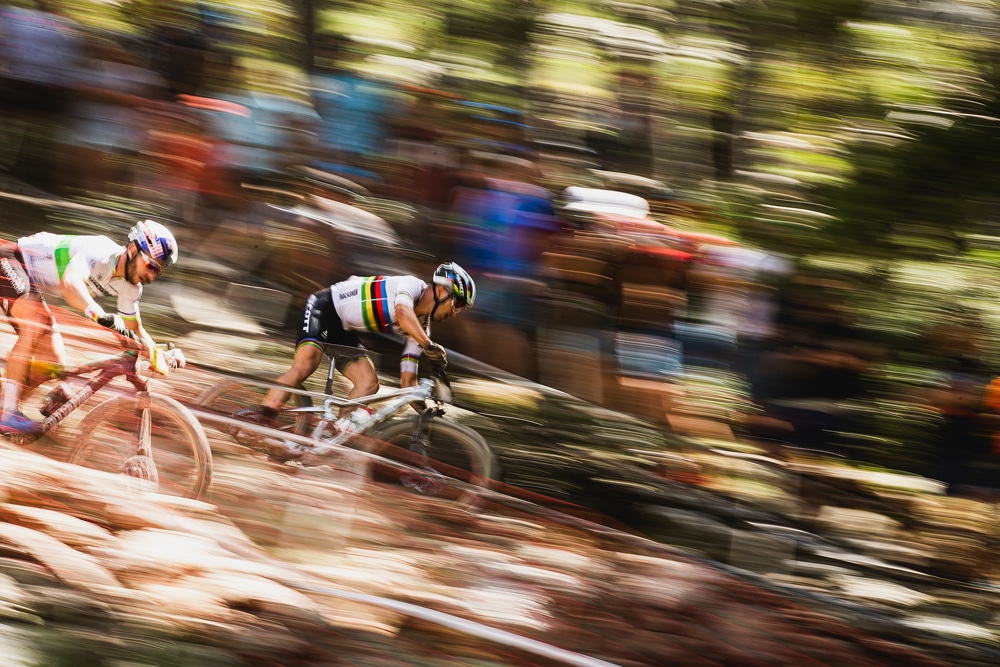 On his 25th birthday Andri Frischknecht rode a solid race. After a not so ideal start he steadily picked up some spots to cross the line in 20th. Lars Forster showed a strong first half of the race riding into the top 10, but after was fading back to 29th. Both SCOTT-SRAM riders knew they were not ideally prepared for this one as they choose not to acclimate at altitude as N1NO did. 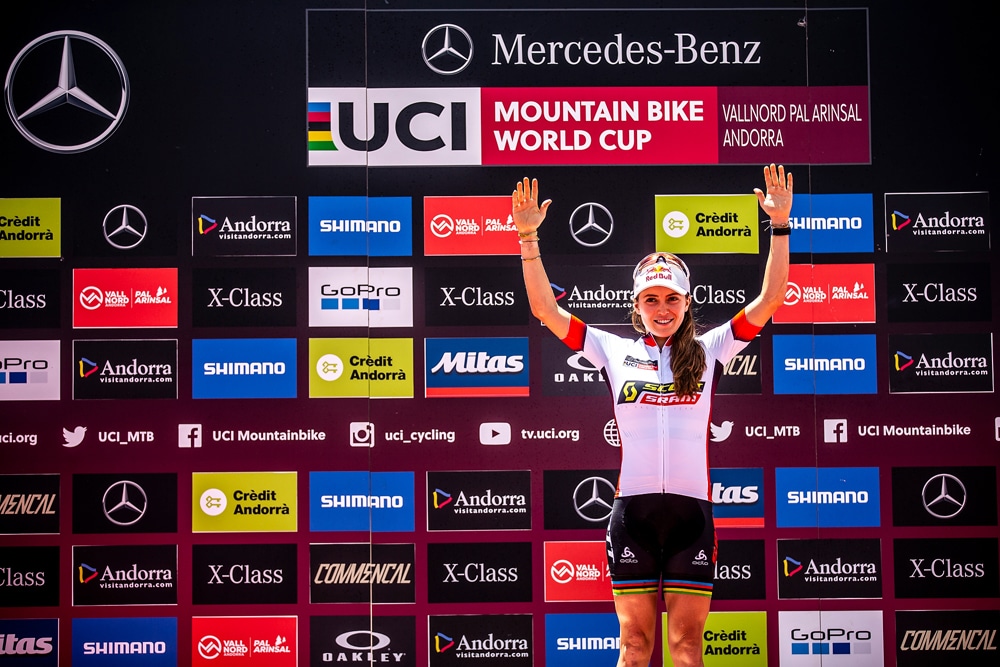 The women’s race saw a new World Cup winner with Dutch Champion Anne Terpstra. Our World Champion Kate Courtney, like Lars and Andri, chose to train at home instead of at altitude. A certain disadvantage calculated in for Andorra, but it will be a different game in the upcoming races. It was a close and challenging race, especially with the heat and altitude. She paid a bit for a perhaps too rapid start and found herelf struggling and losing positions quickly in the middle of the race. Luckily, she was able to regroup and find her fight – pacing back to 8th place. Certainly not the result she had hoped for, but she is still proud of her mental effort on a challenging physical day. 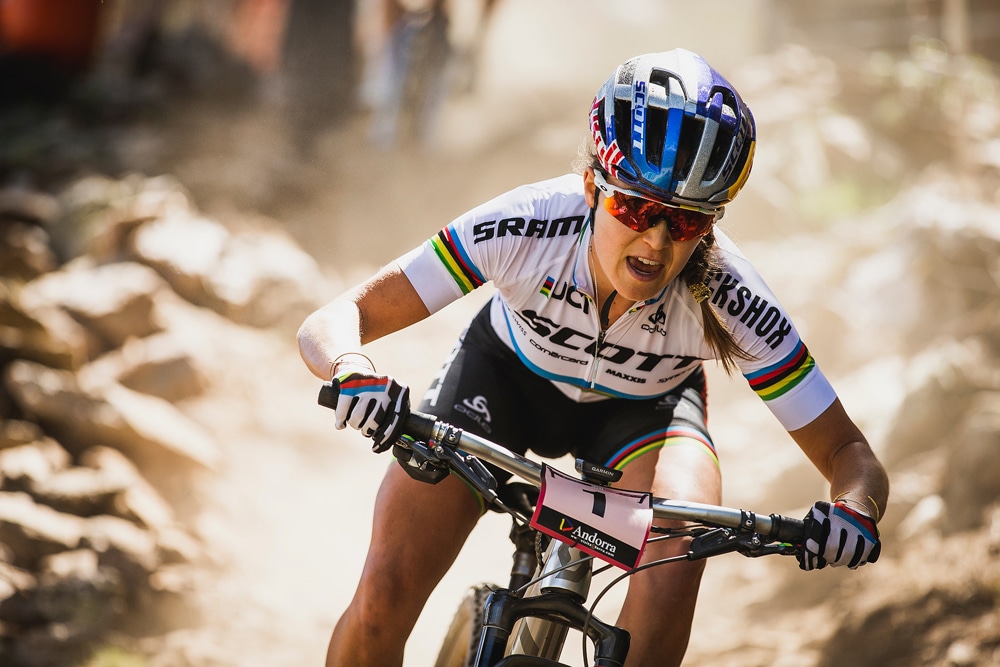 The price of the hard fight all the way to the end is maintaining her World Cup overall lead over Jolanda Neff who placed second today. 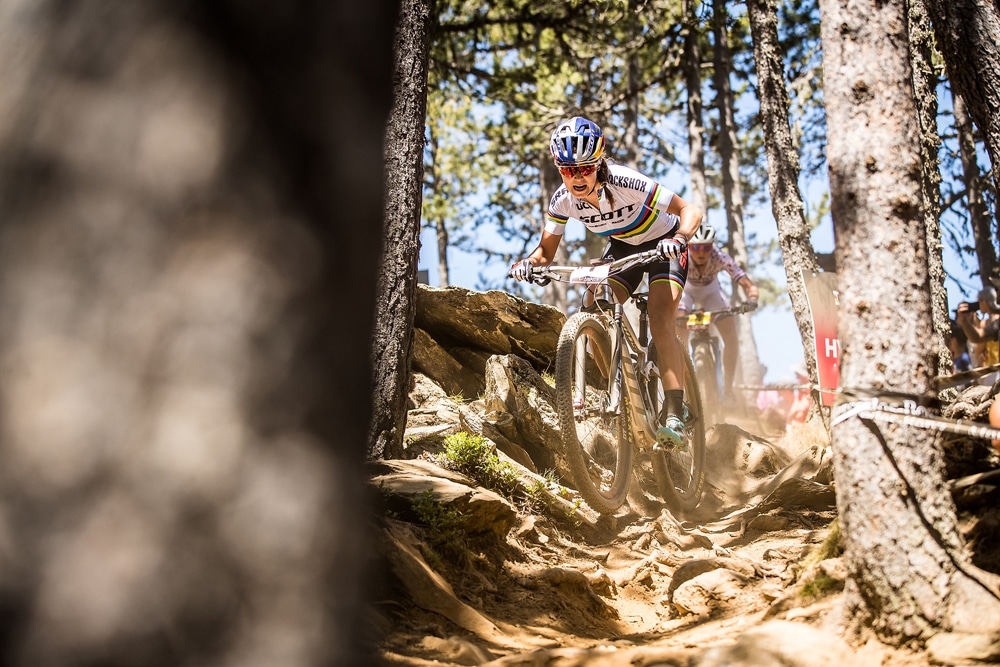 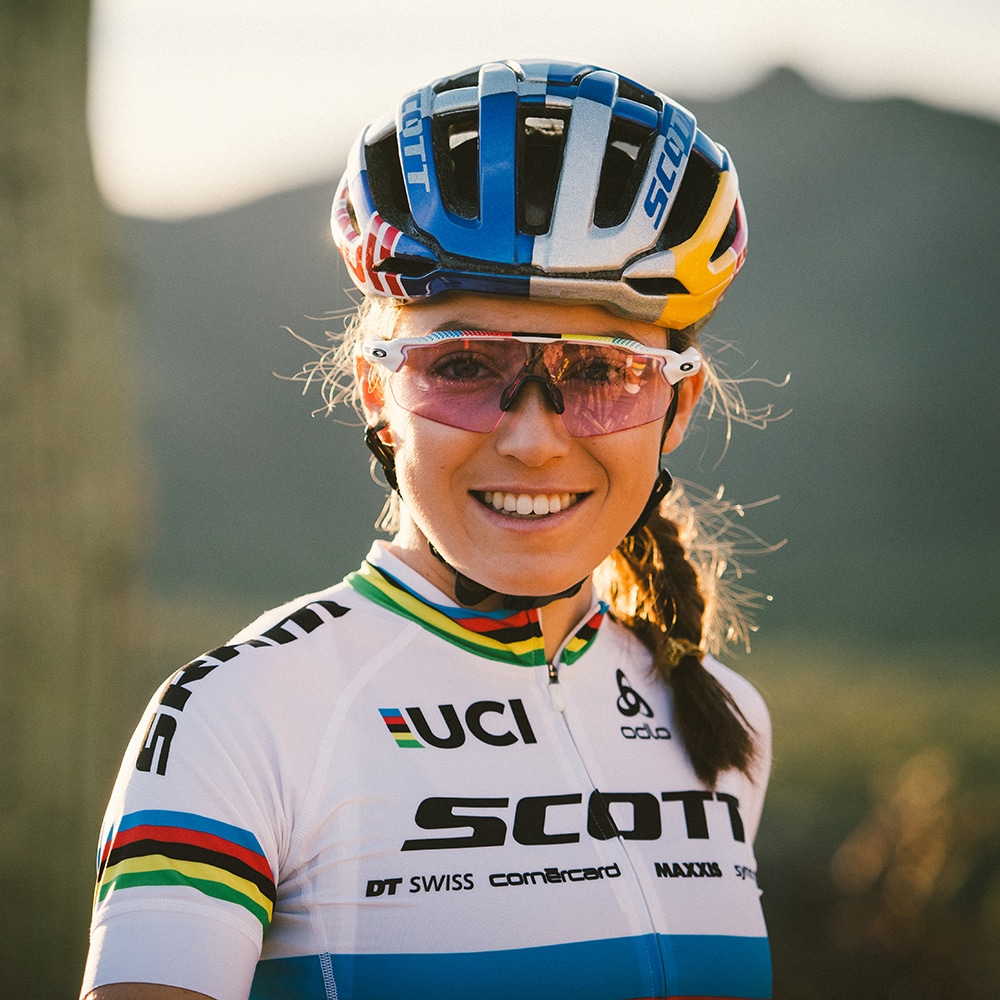 “It was a bit of a tough day for me in Andorra, but I am proud to have fought hard and retained the overall lead. Some good lessons and big motivation to take into the coming weeks!”
Kate Courtney, SCOTT-SRAM
2018 UCI Elite XC World Champion 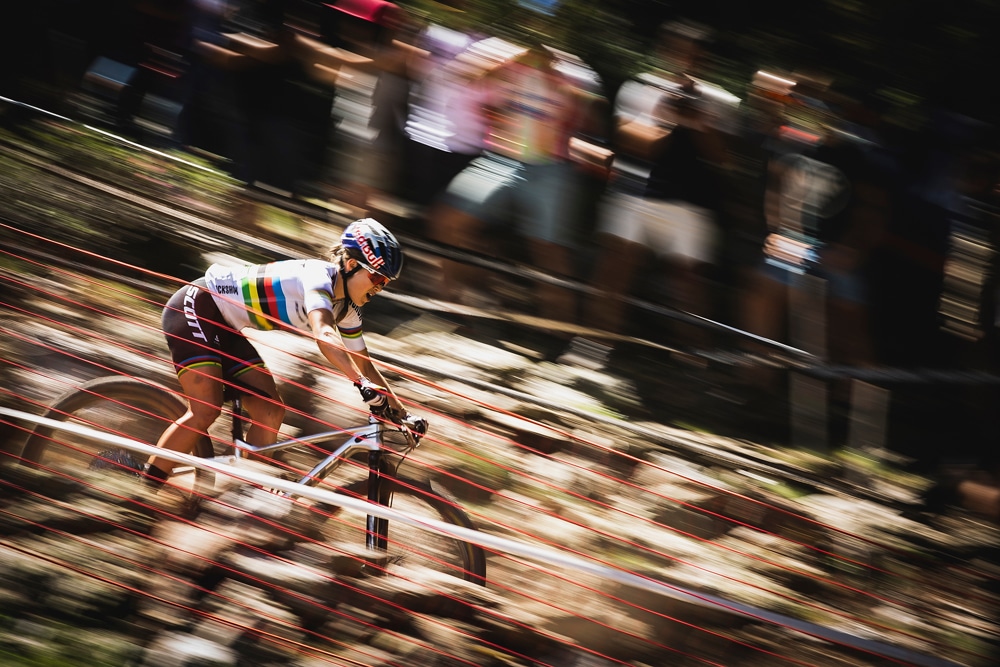 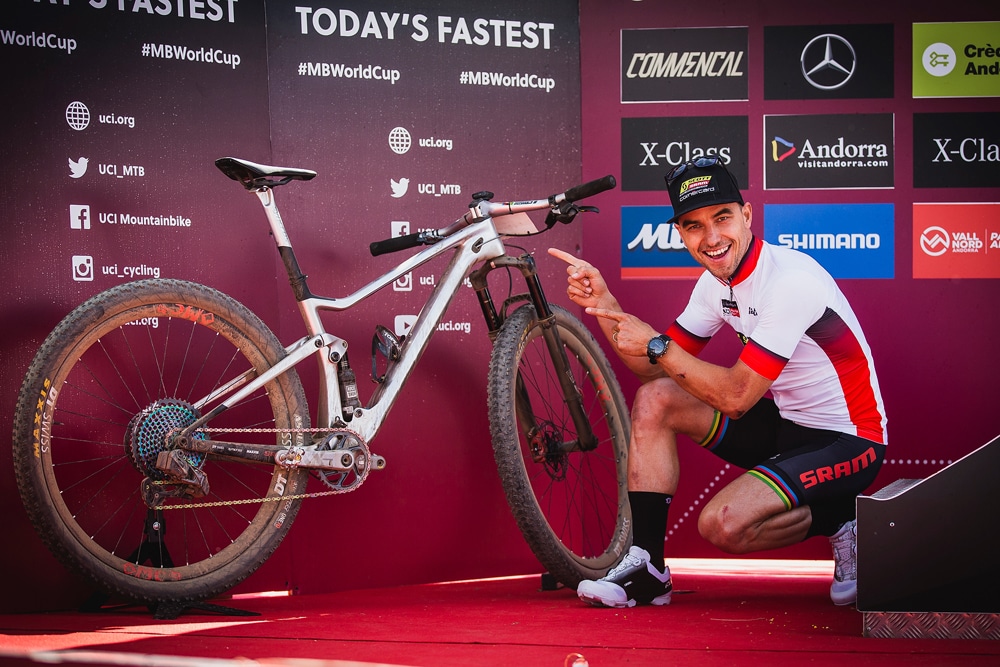 Nino Schurter raced a new Limited Edition bike, the Spark RC 900 World Cup N1NO frame kit, to victory in Andorra. The frame kit from SCOTT’s 2020 collection will be available in shops from the end of July. 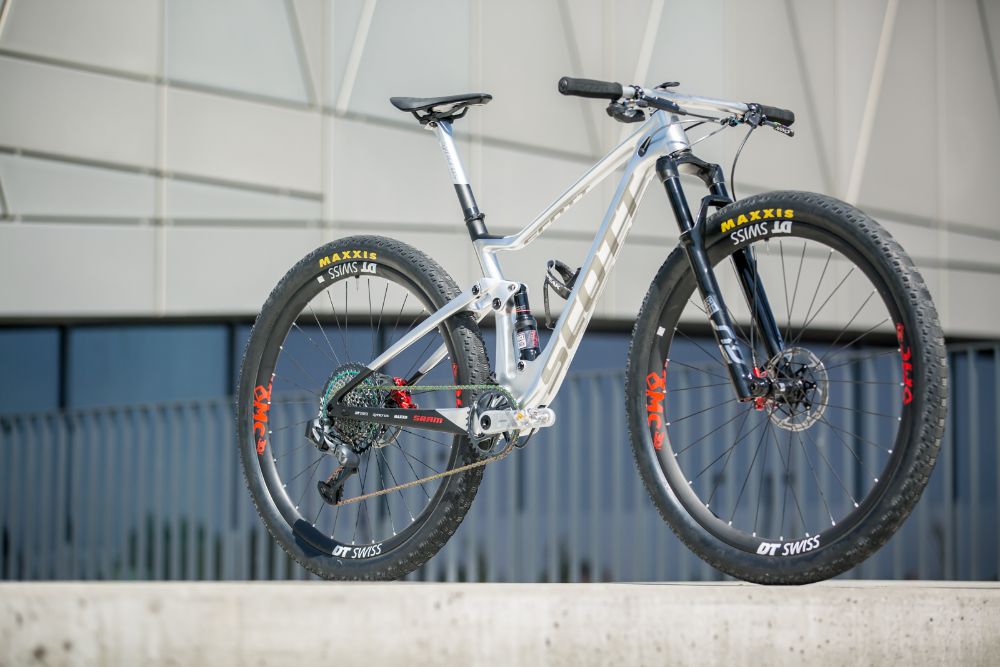 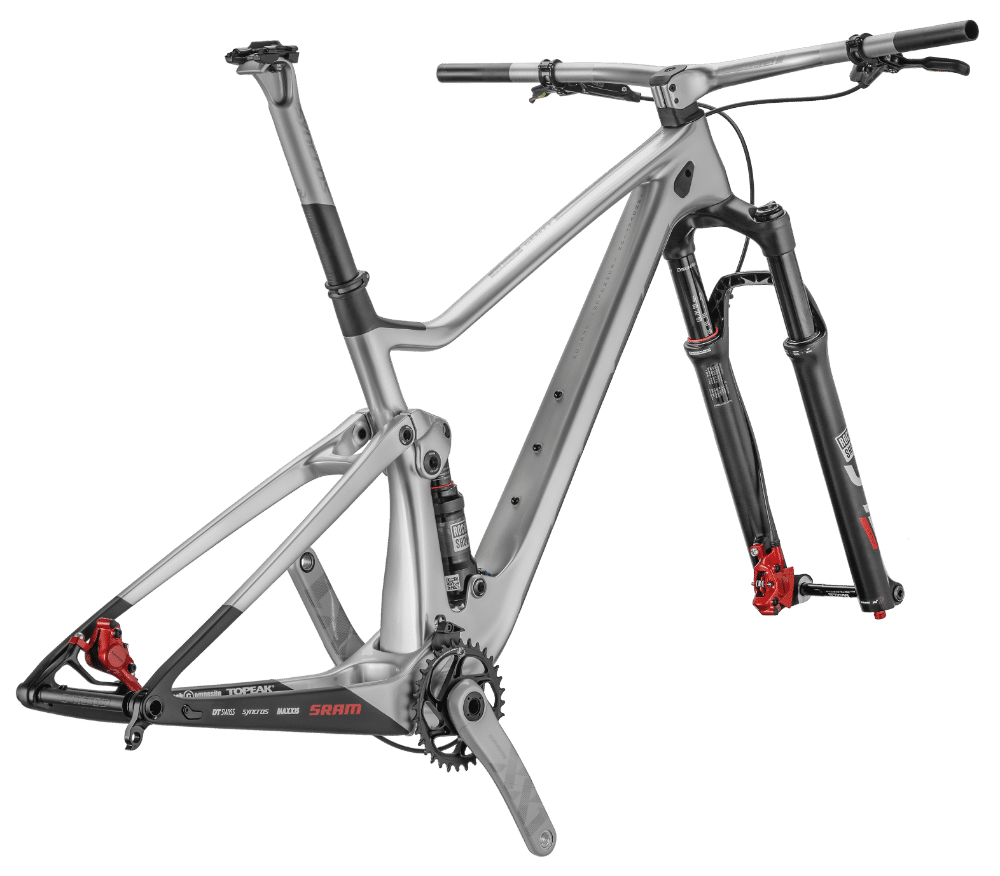 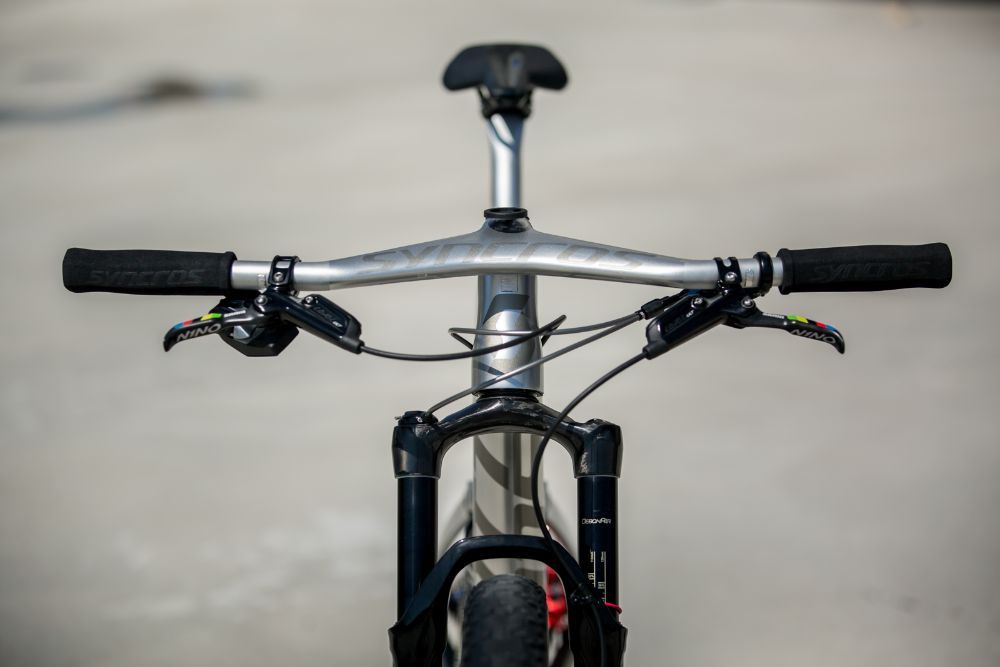 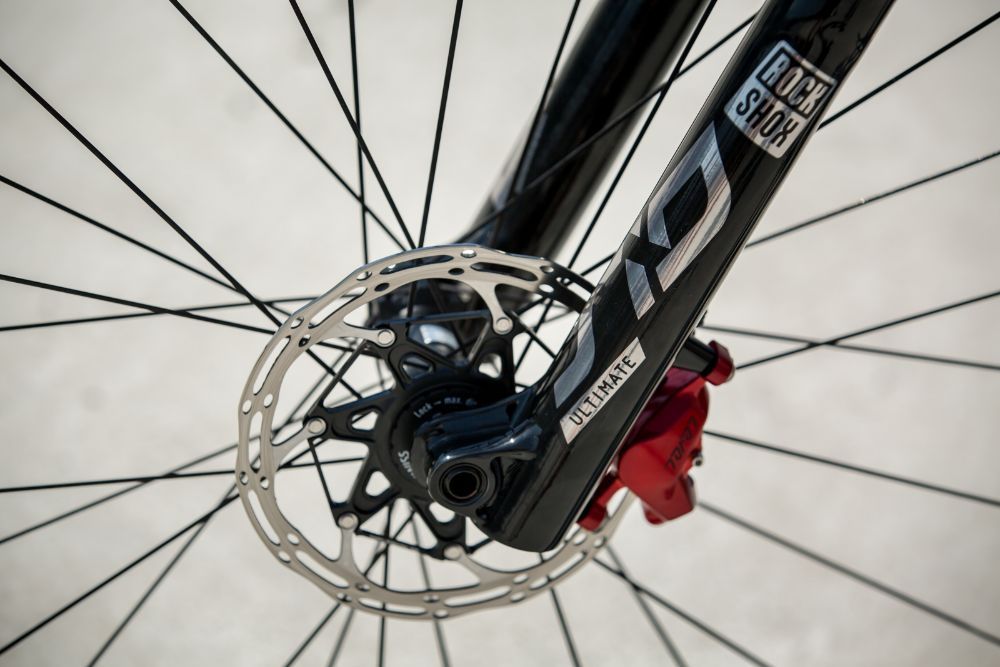 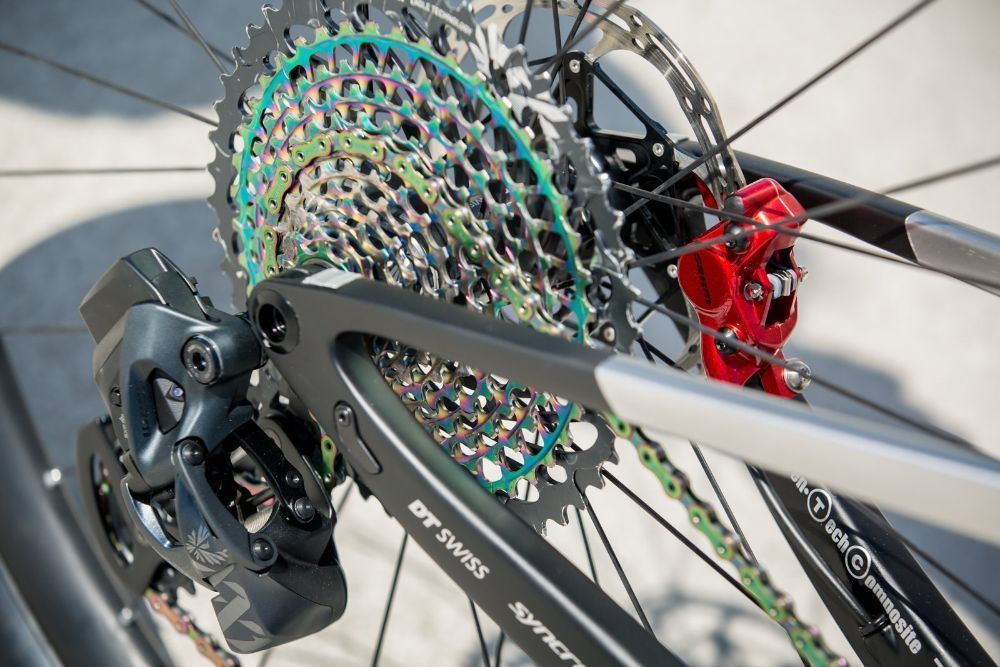 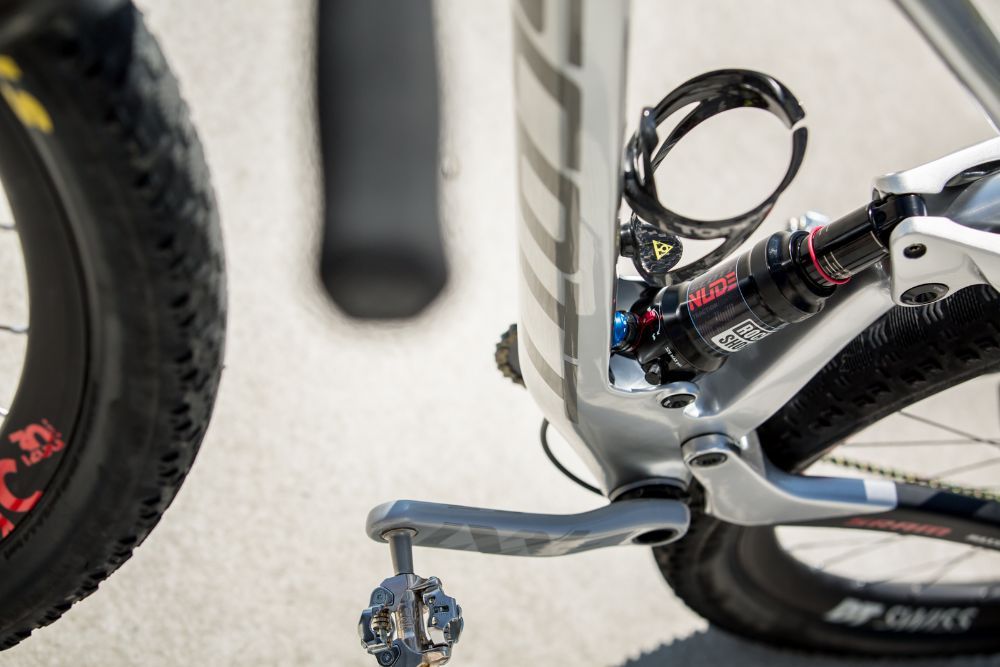 The Spark RC N1NO frame kit will be available like shown above. 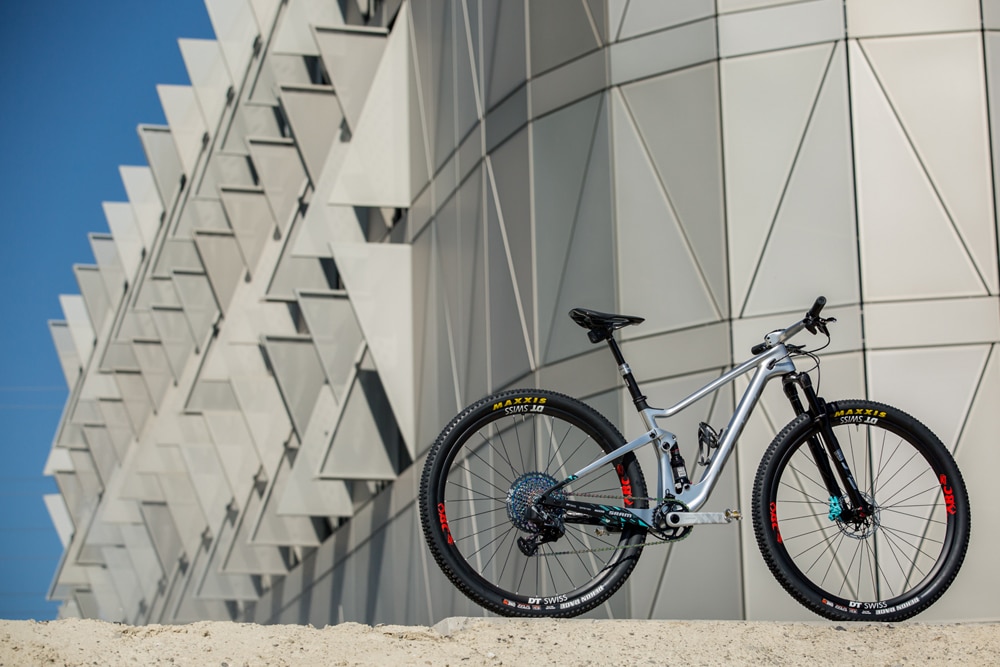 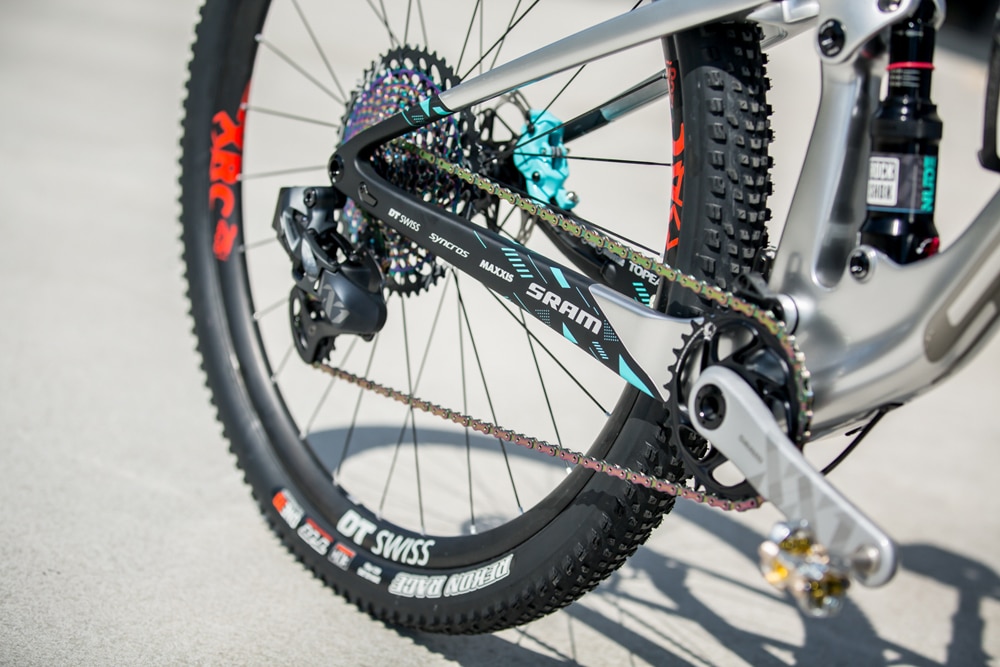 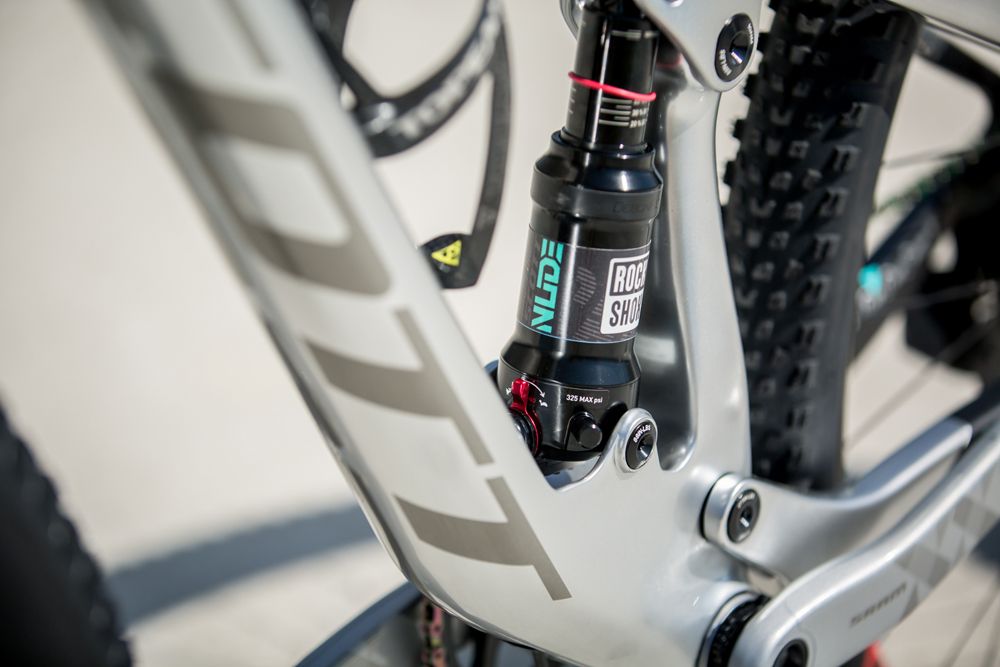