How Friendly Is Your State?

In 2018, more people were killed while biking than in any year since 1990. This continues a tragic trend. After several years of increasing bicyclist deaths, there is still reason to believe we can be safer: every state is taking some action to make bicycling better. Some, but not enough. 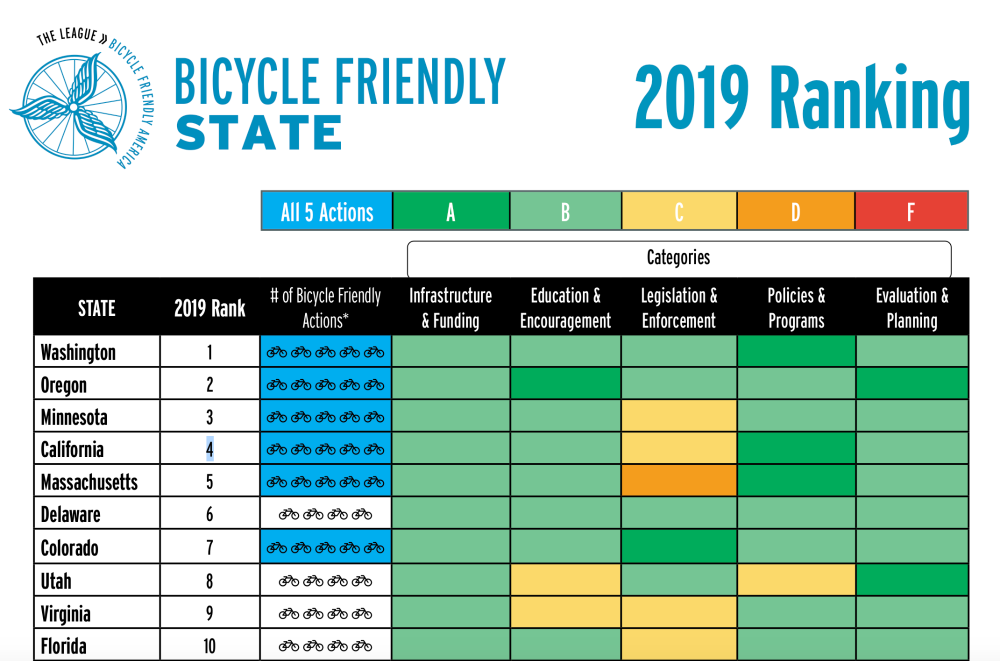 First, the good news: our newly released 2019 Bicycle Friendly State Ranking finds widespread progress by state Departments of Transportation. The League of American Bicyclists is thankful for this progress and would like to recognize several positive trends:

But, despite these promising trends, there are reasons to be doubtful that states and the federal government are taking the steps necessary to ensure that our transportation networks prioritize people over cars and safety over speed. All too often, commitments to Vision Zero are not reflected in state goals, public health is not considered in project planning, data is not available about biking and walking, and proven safe infrastructure is not supported or built. 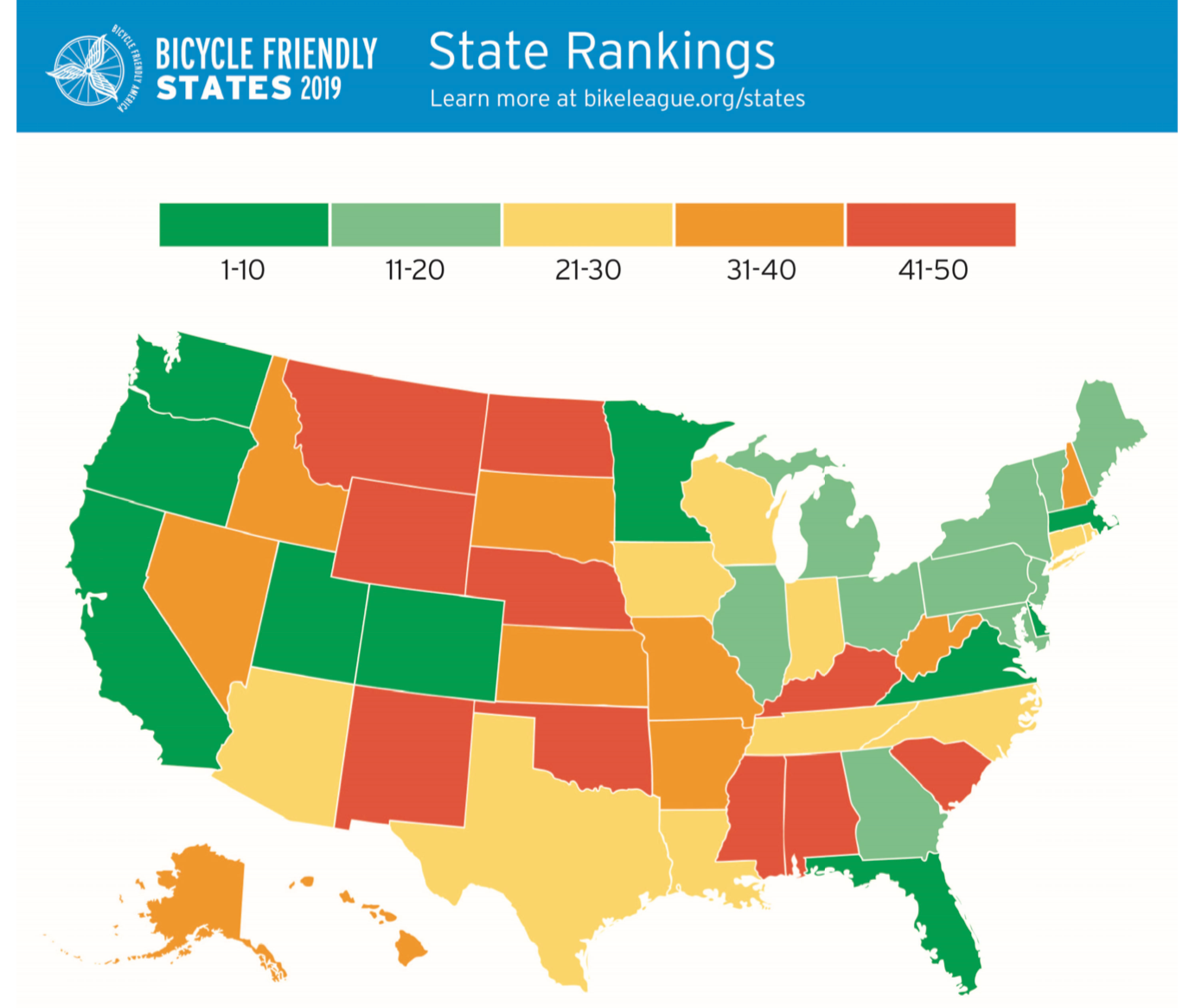 We hope that the 2019 Bicycle Friendly State ranking helps state, federal, and local policymakers understand the need for coordinated actions and the building blocks to address these problems that exist in actions that states are already taking.