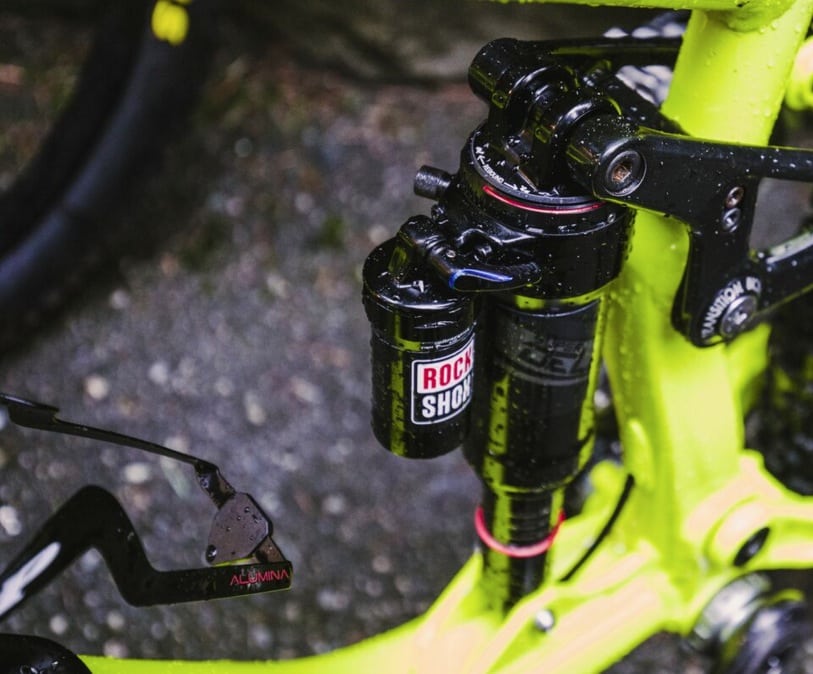 -How did we get to the current stroke and eye to eye offerings?

As frame manufacturers pushed the limits of frame design new rear shock sizes were created without broad consultation within the industry, resulting in a complicated offering with many overlaps and performance compromises.

-How did we get to the current hardware and mounting options?

Same process described previously. There are currently almost 90 varieties of rear shock hardware being used in the industry.

How are frame designers interfacing with rear shocks?

How much performance are we leaving on the table as a result of these compromises that have accumulated over the years?

A lot. This is why we adopted a new approach to rear shock design.

Starting from a blank slate allowed us to establish ambitious goals:

How do we build the best possible rear shock?

How do we improve the integration of rear shocks into frame designs? 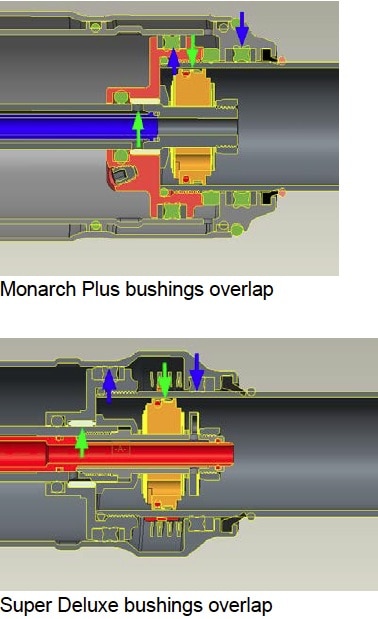 Starting with a blank slate allowed us to extend bushing overlap between the moving elements of the shock. This greatly reduces system friction under load. Riders benefit from this with: 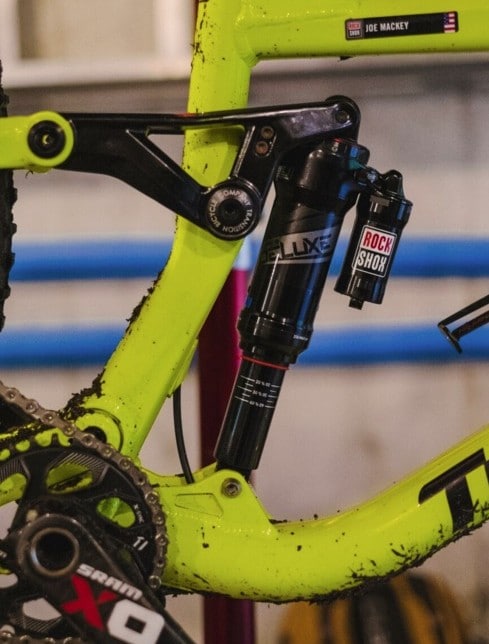 Seal consistency is critical for rear shock performance and longevity. The increase in eye-to-eye per stroke created through Metric Sizing allows Deluxe and Super Deluxe to feature an improved scraper seal resulting in the following benefits: 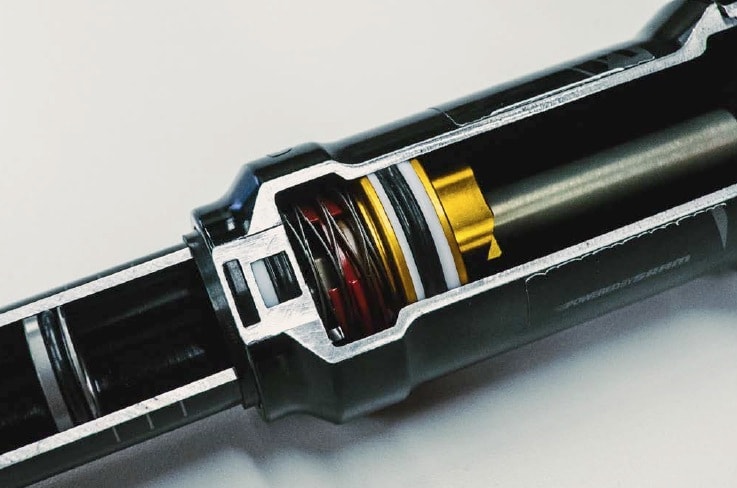 Introduced in 2013 on Vivid and Vivid Air and highly acclaimed for its effects on shock performance at top-out, the Counter Measure spring works to oppose the effect of the IFP pressure, effectively lowering the initial breakaway force. 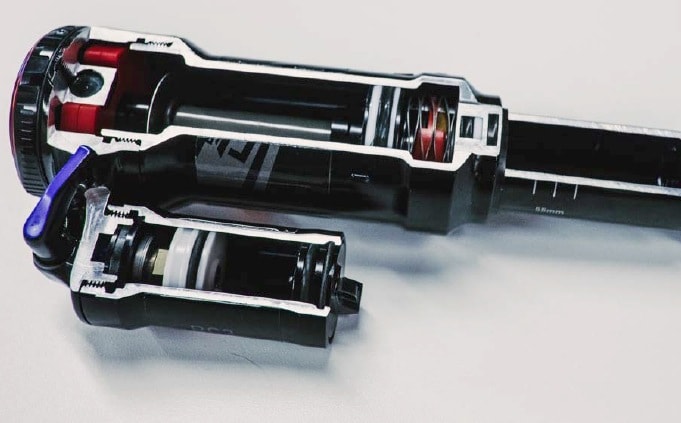 Introduced in 2014, the DebonAir air can option for Monarch and Monarch Plus was a stepping stone in improving the performance and feel of air shocks on all kinds of bikes. Deluxe and Super Deluxe take this to the next level by incorporating DebonAir in the air can design without any added weight or complexity.

The air volume tuning system on Deluxe and Super Deluxe capitalizes on RockShox’s Bottomless Tokens technology, adapting it to its rear shock platform in a clean and easy to use format.

Recommend use of Trunnion mount or shaft end bearing mount 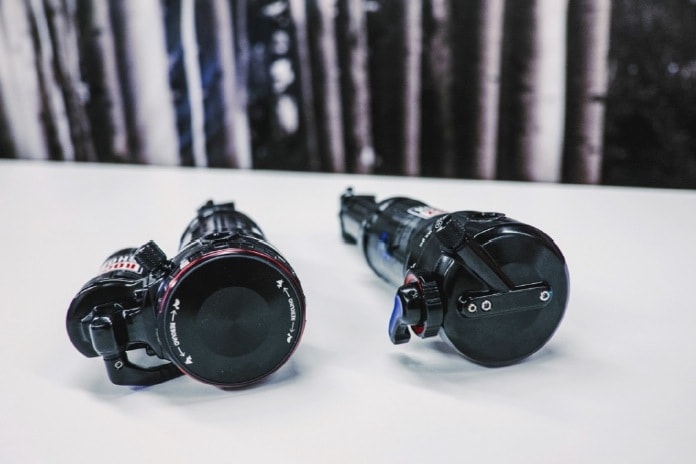 The Trunnion mount allows for a shorter eye to eye length while maintaining a specific stroke size (25mm overall length reduction over standard or bearing mount). Benefits are significant for smaller frame sizes, women specific models and bikes that are designed for low standover height.

Designed to be used in conjunction with frame mounted bearings at the mounting bolts. 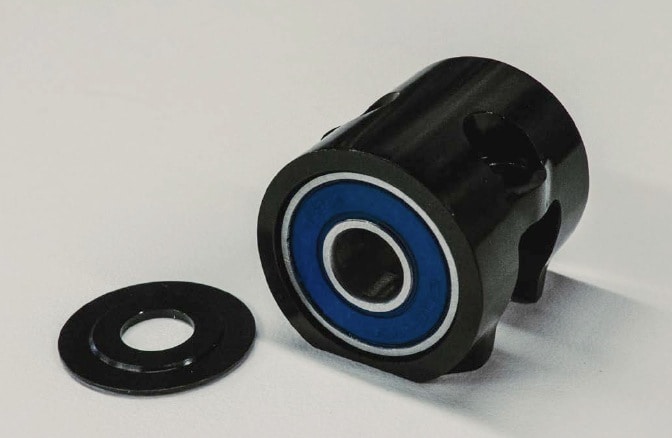 Available at both body and shaft ends.

The directive was simple. Engineer a shock that does for rear-suspension performance what Pike did for forks. Simple? Don’t bet on it. A gamble? Absolutely. It required a complete change in the way we approach shock design. It meant focusing on performance first and leaving old constraints behind. And it gave us a clear path to develop the world’s lowest-friction shock — Super Deluxe. Metric sizing gives Super Deluxe significantly increased bushing overlap, which, together with a sophisticated new bushing profile, virtually eliminates friction in the shock. A new damper holds the shock high in its stroke and offers unparalleled traction. Unshackled from the old obstacles of shock design, Super Deluxe is free to tackle new ones — on the trail. This changes everything. 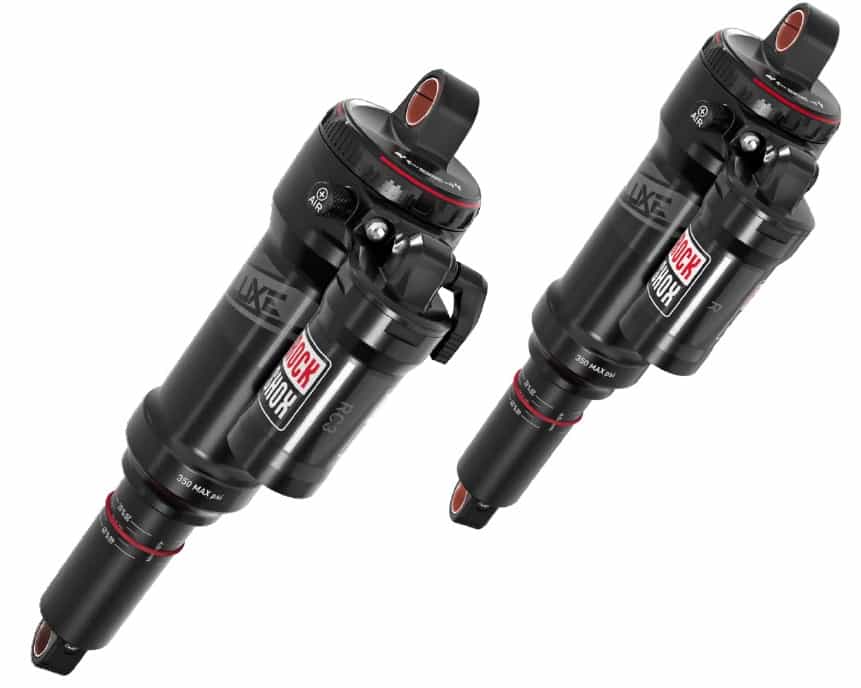 Metric sizing and a sophisticated new bushing design allows this to be the lowest-friction rear shock we have ever made.

How do you improve on the success of a rear shock that has received critical acclaim for its stellar performance and supple feel? It’s Simple. You rewrite the rules, throw existing design constraints out the window and focus solely on the best possible performance solution. We took the proven damping performance of our popular Monarch series and introduced it to our new metric-sized chassis. The result is truly Deluxe. With the incredible feel of DebonAir as its standard-bearer and three new mounting options, our new Deluxe is ready to redefine your ride. 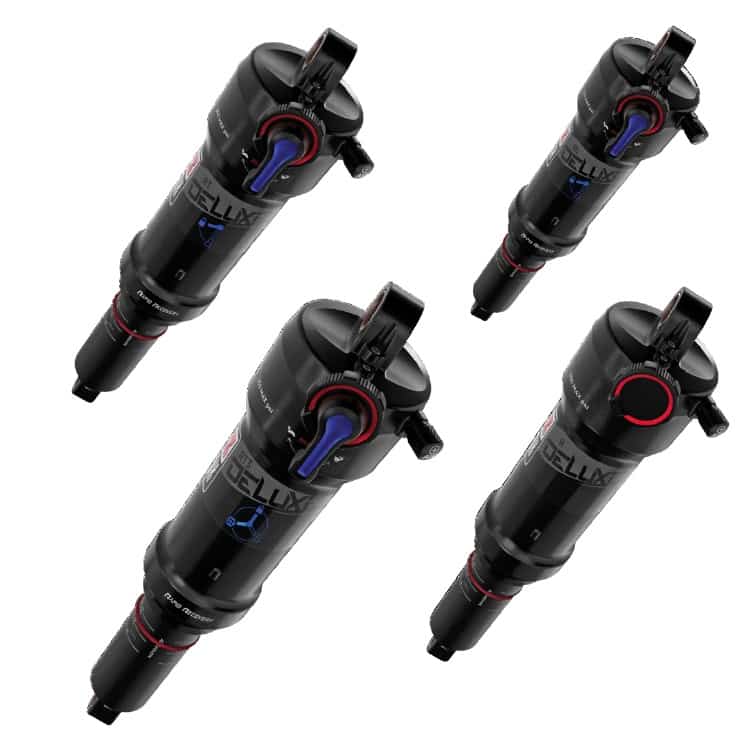