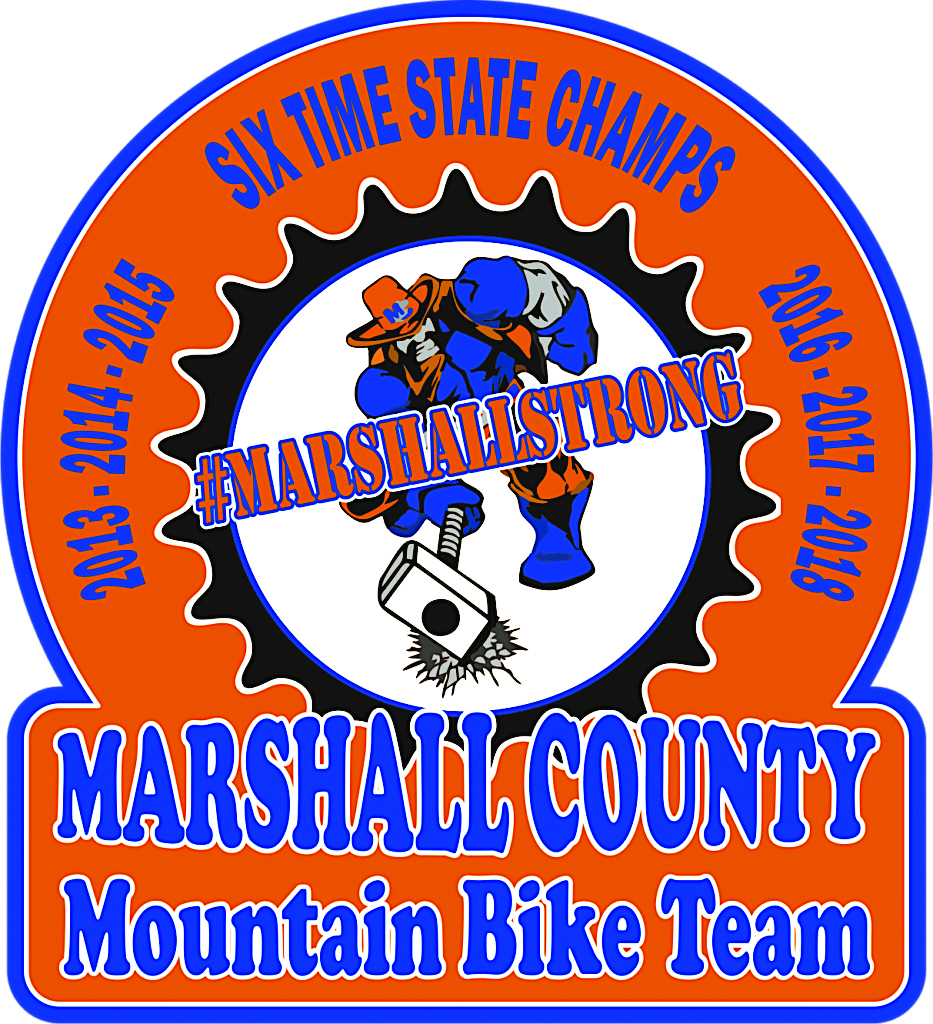 One of the most important developments to come out of the world of USA mountain biking has been the explosive growth of high school racing. This month we reached out to coach Steve Beckett to learn about the Marshall County Mountain Bike Team in Benton, Kentucky.

It is the name of the high school.

It started in 2013, the same year the Tennessee Interscholastic Cycling League started. 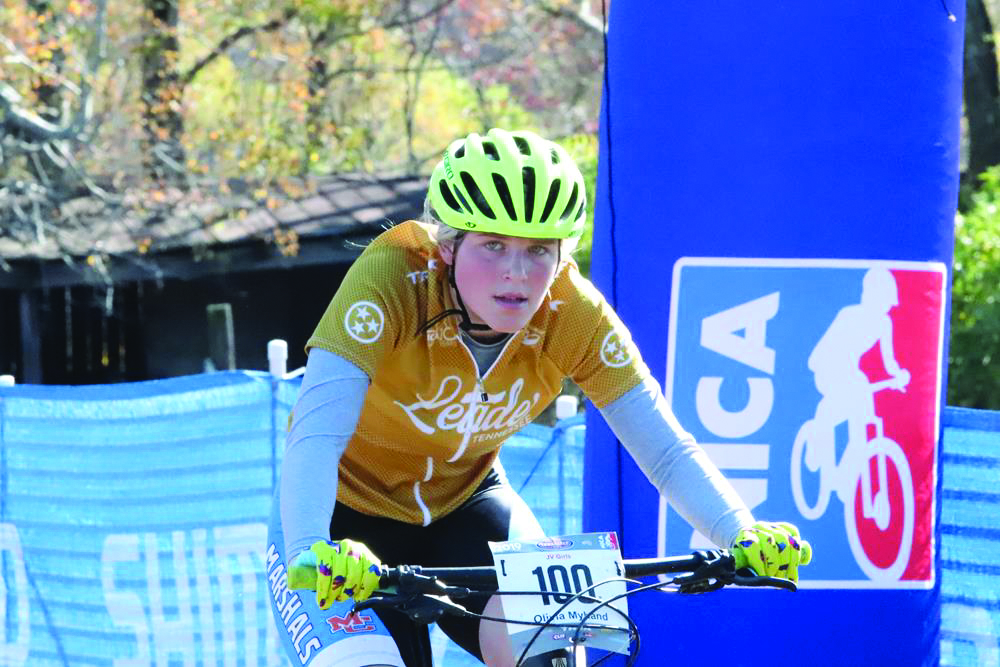 Olivia Myhand coming through the start/finish during the varsity race at the State Championship held at St. Andrews-Sewanee School in Sewanee, Tennessee.

We have 33 total student-athletes, including high school and middle school students. We have 22 boys and 11 girls.

The team was formed in 2013 by Steve Beckett and son Carson Beckett, who was already racing on the national scene as part of the Whole Athlete, then Bear Development, Team. Carson was a sophomore at the time at Marshall County High School in Benton, Kentucky. Steve was aware a NICA league was forming in Tennessee and that a team from Kentucky could race there since Kentucky didn’t have a league. Thinking they would begin with just Carson and a couple of his friends, the team that first year was 16 strong and has grown every year. They have won the Tennessee League State Championship all seven years. 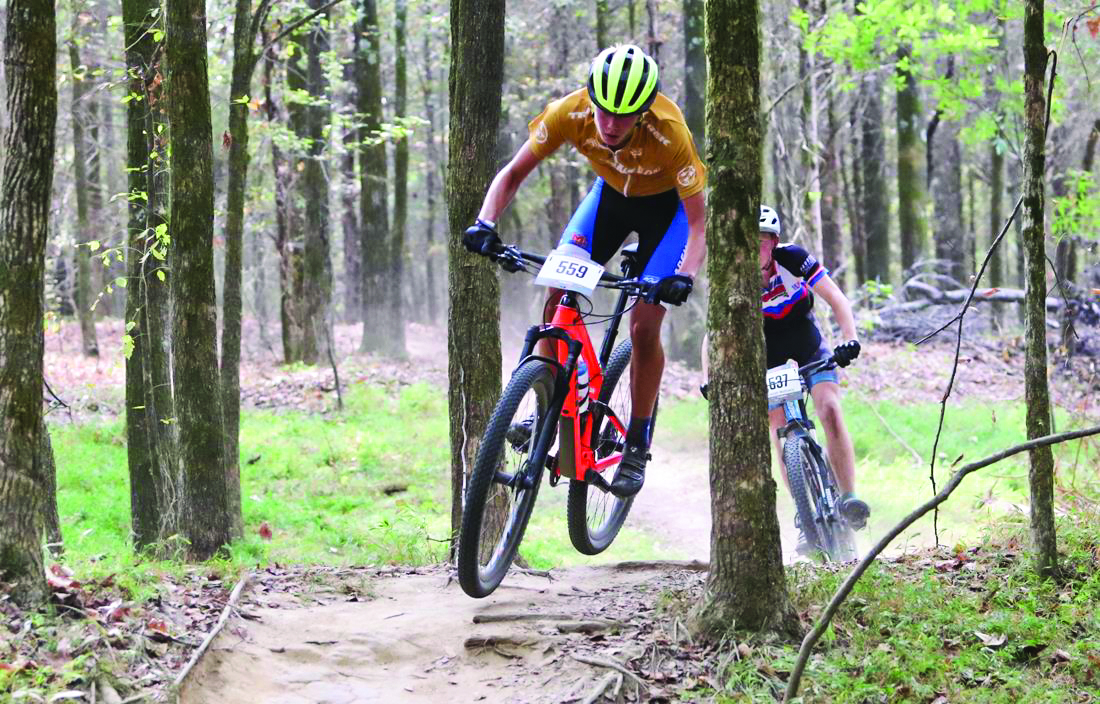 Chase Binkley in the leader’s jersey in sophomore boys at race #3 in Memphis.

Two of our riders have gone on to race at the collegiate level: Carson at Brevard College in Brevard, North Carolina, and Grant Wilson at Lindsey Wilson College in Columbia, Kentucky. Both schools race in the SECCC. Carson won NICA’s Trek All-Star Athlete Award in 2014, and Grant received a national NICA award in 2017, the Specialized Student-Athlete Leadership Award. 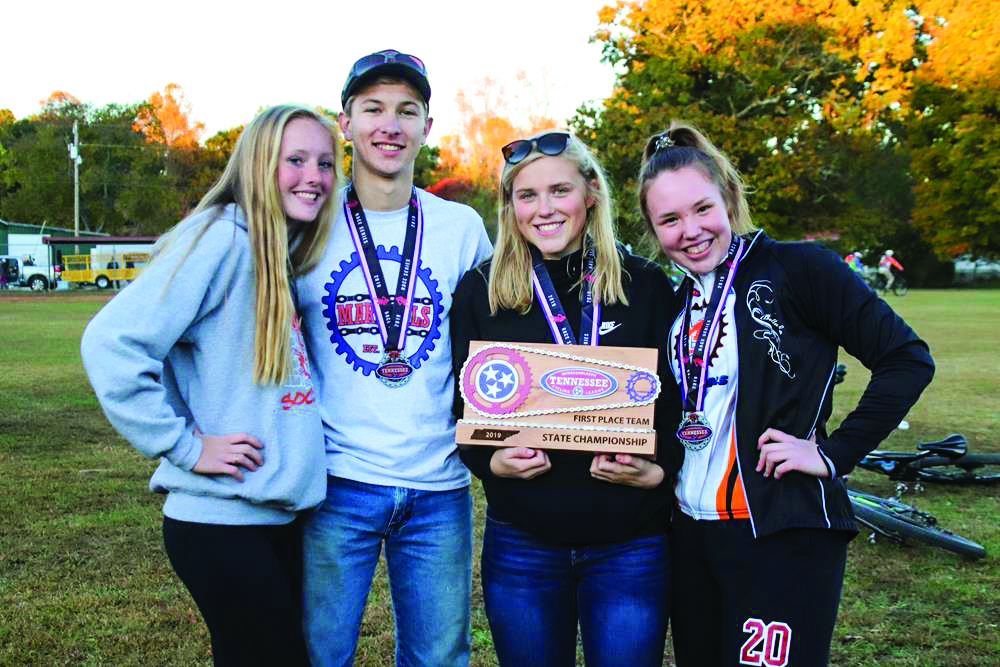 Our four top point-getters for the season. 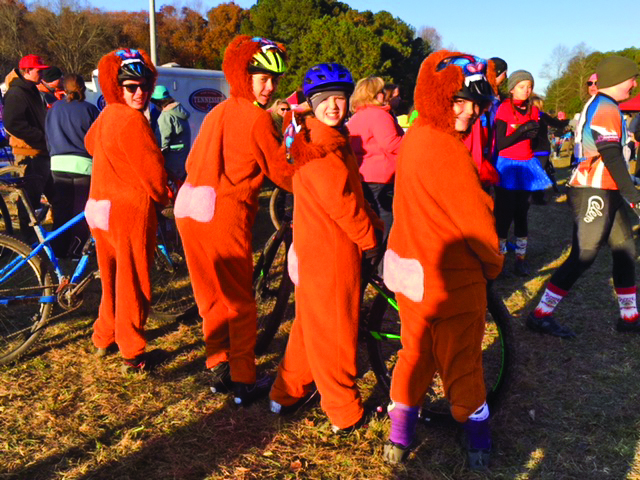 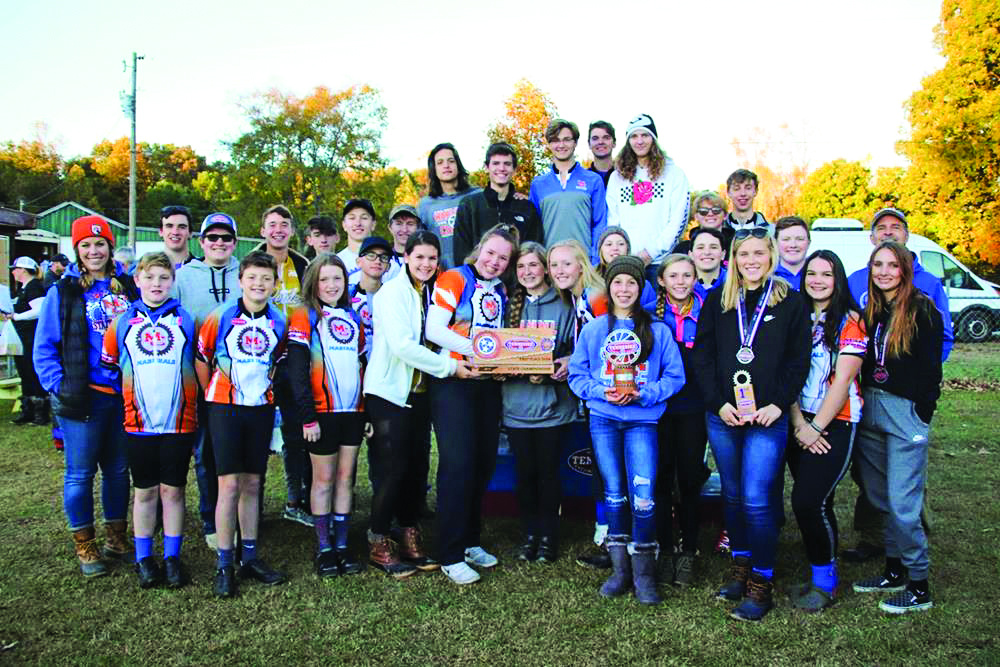 When does your season start?

We start practicing mid-July, following a forced “dead period” for all school athletes, and we start racing in the fall. 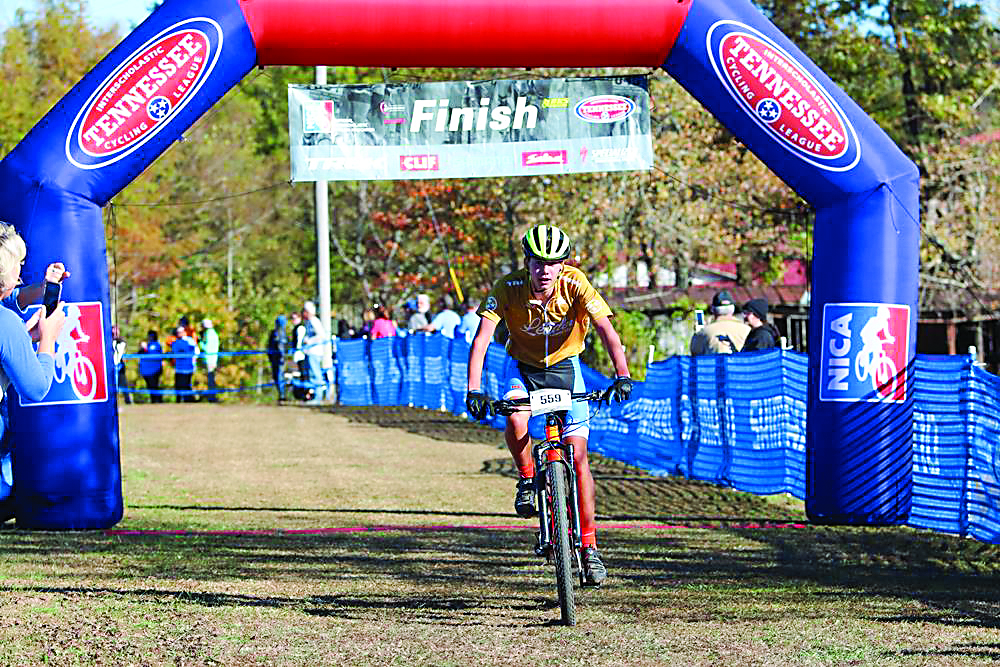 Chase Binkley, crossing in first in the sophomore race at the State Championship at St. Andrews-Sewanee School.

As with most schools, and being a school in Kentucky, ball sports are huge, but our community and school have really embraced the mountain bike team and applauded its success. Over the years, we have had basketball, football, volleyball, cheerleaders and track athletes who also joined the mountain bike team. And although many have been able to balance both, some have dropped their other sports to just participate in mountain biking. 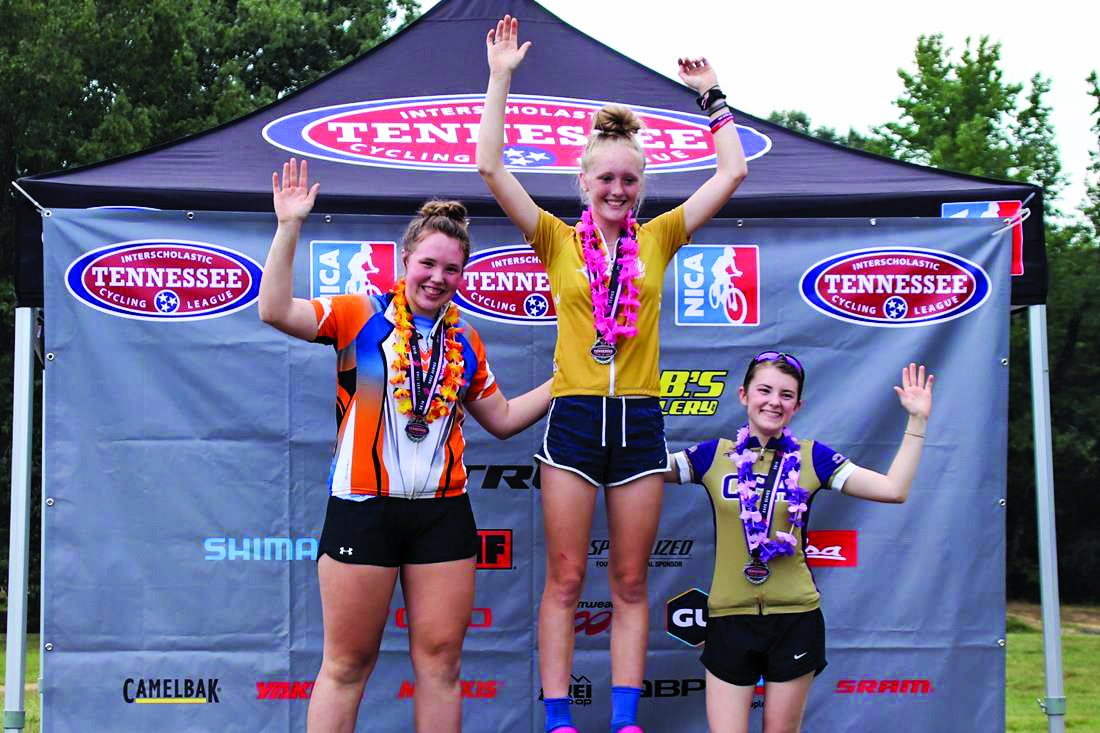 Our coach, Steve Beckett, along with a committee of others, began efforts to see Kentucky form a league, and their efforts came to fruition with the announcement in October that Kentucky will join Kansas, Nebraska and Ohio as new state leagues. We will kick off the first Kentucky League season in the fall of 2021.

If you want your NICA team to be featured in our “Team of the Month” section, please write to
[email protected].