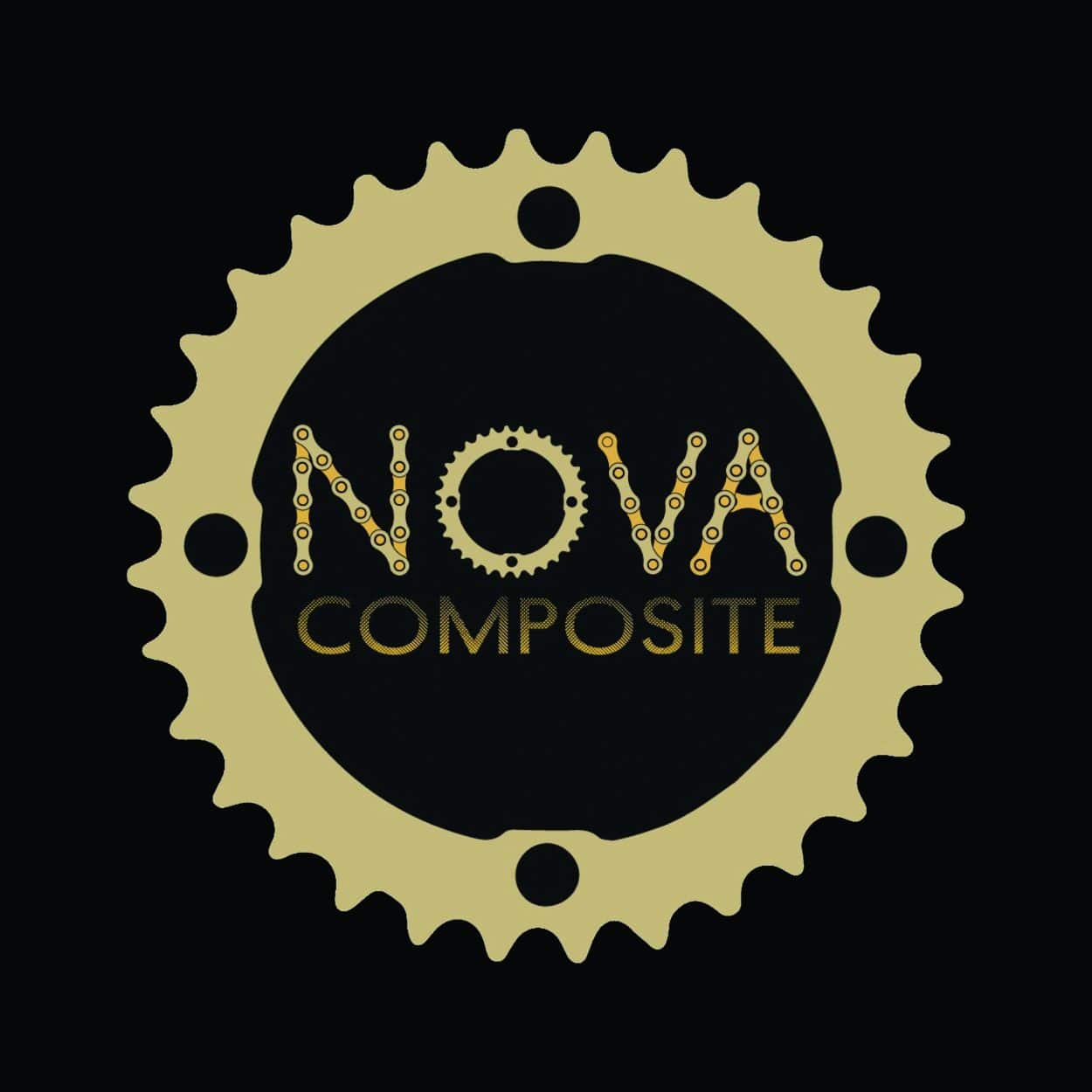 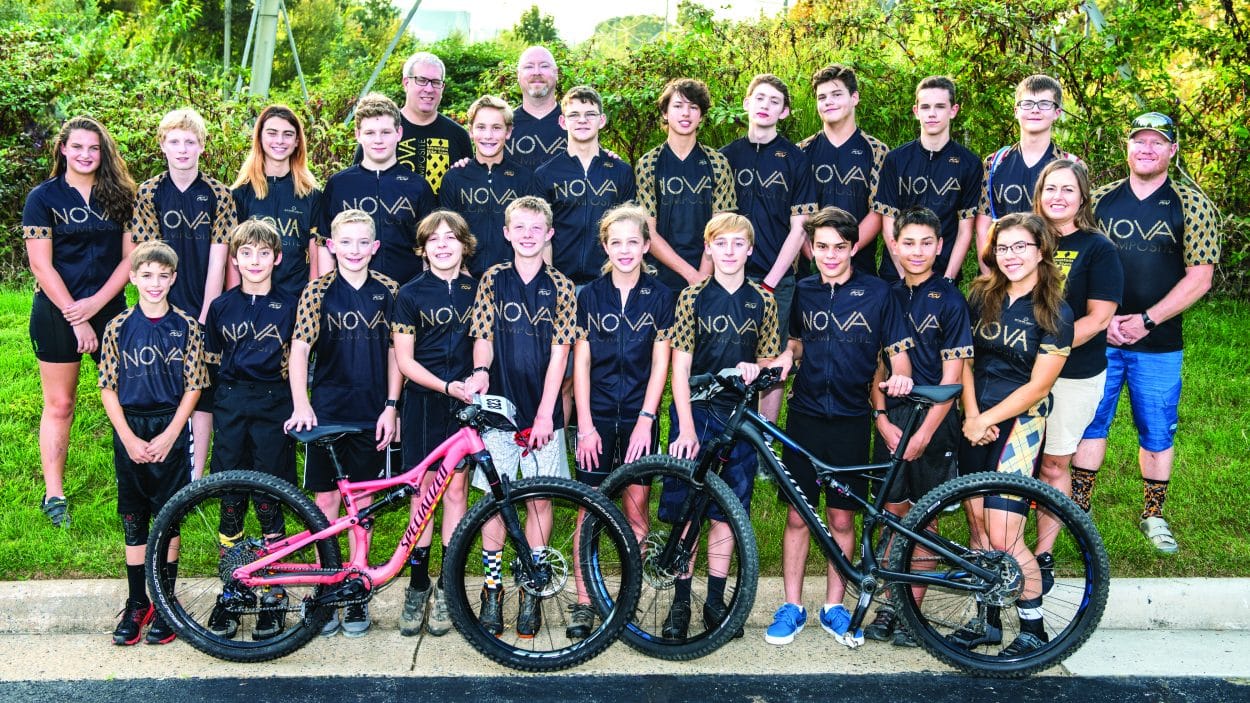 One of the most important developments to come out of the world of USA mountain biking has been the explosive growth of high school and middle school racing. This month we reached out to coach Scott Garrity to learn about the Northern Virginia Composite Team (NOVA Composite) in Fairfax, Virginia. 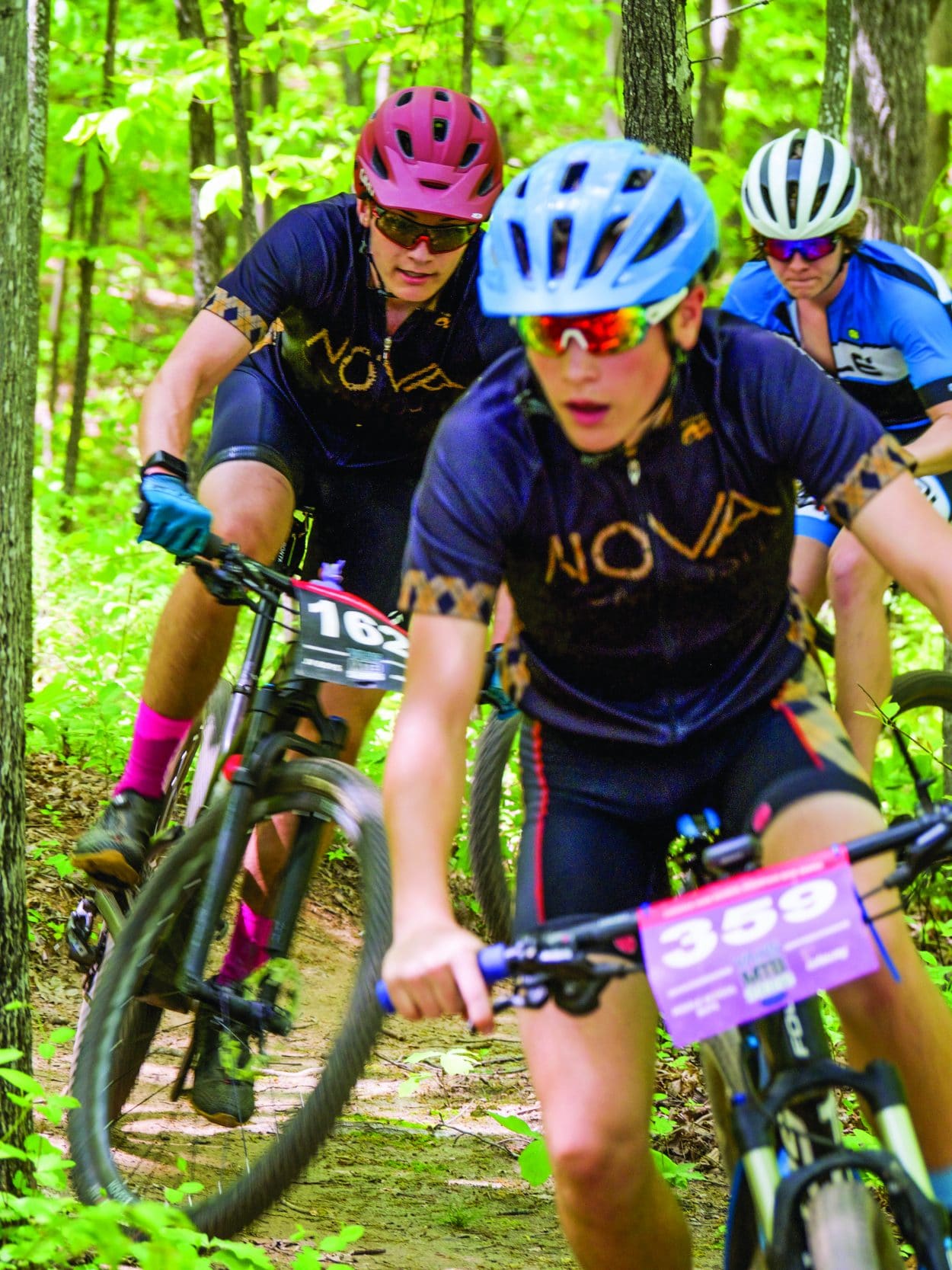 The name is based on the geographic area our team represents. The name is often shortened to NOVA Composite. 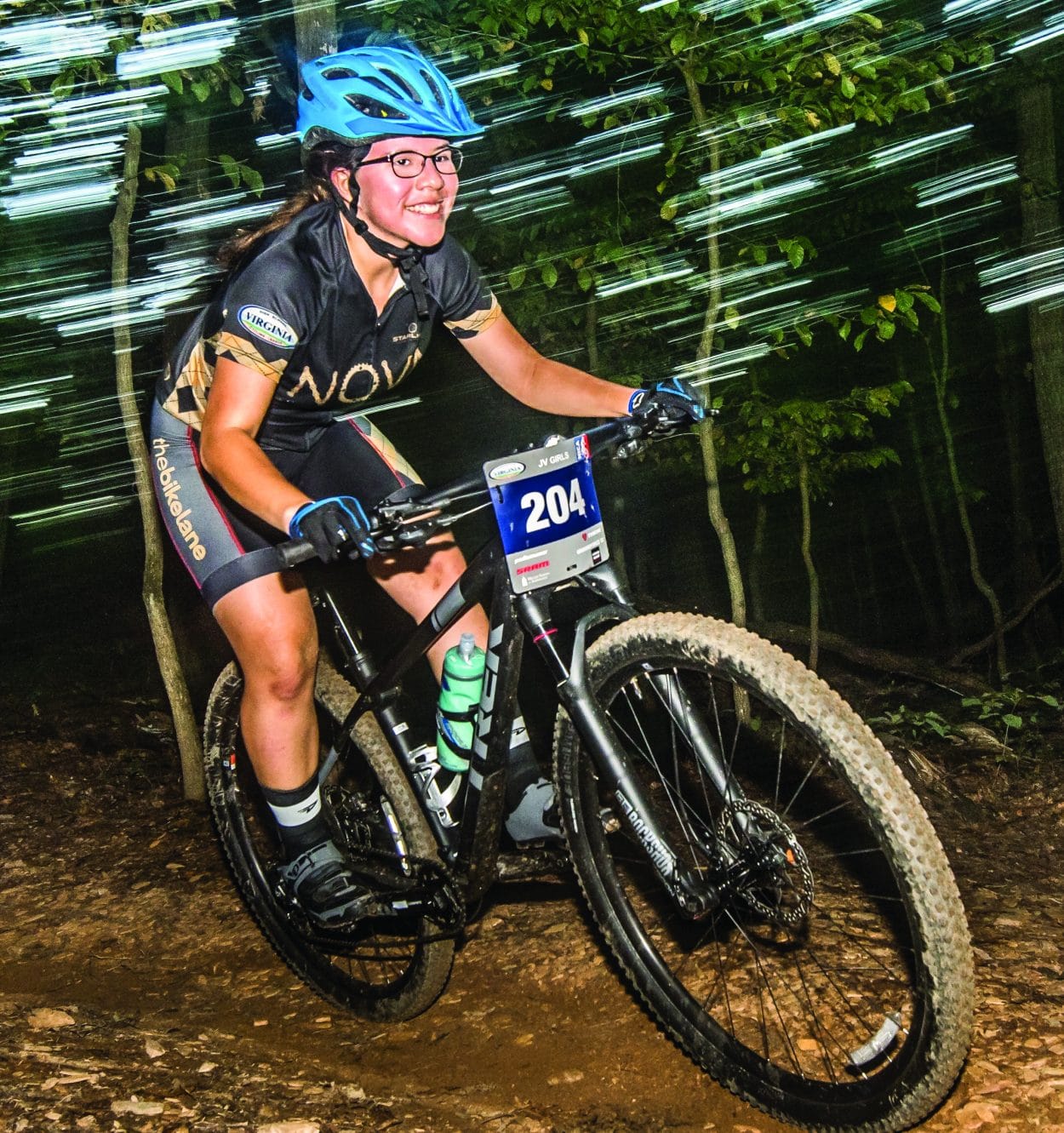 Katherine (Kat) is a JV athlete. Here she is at one of our team practices at Lake Fairfax, Reston, Virginia. Photo credit: Darrell Parks 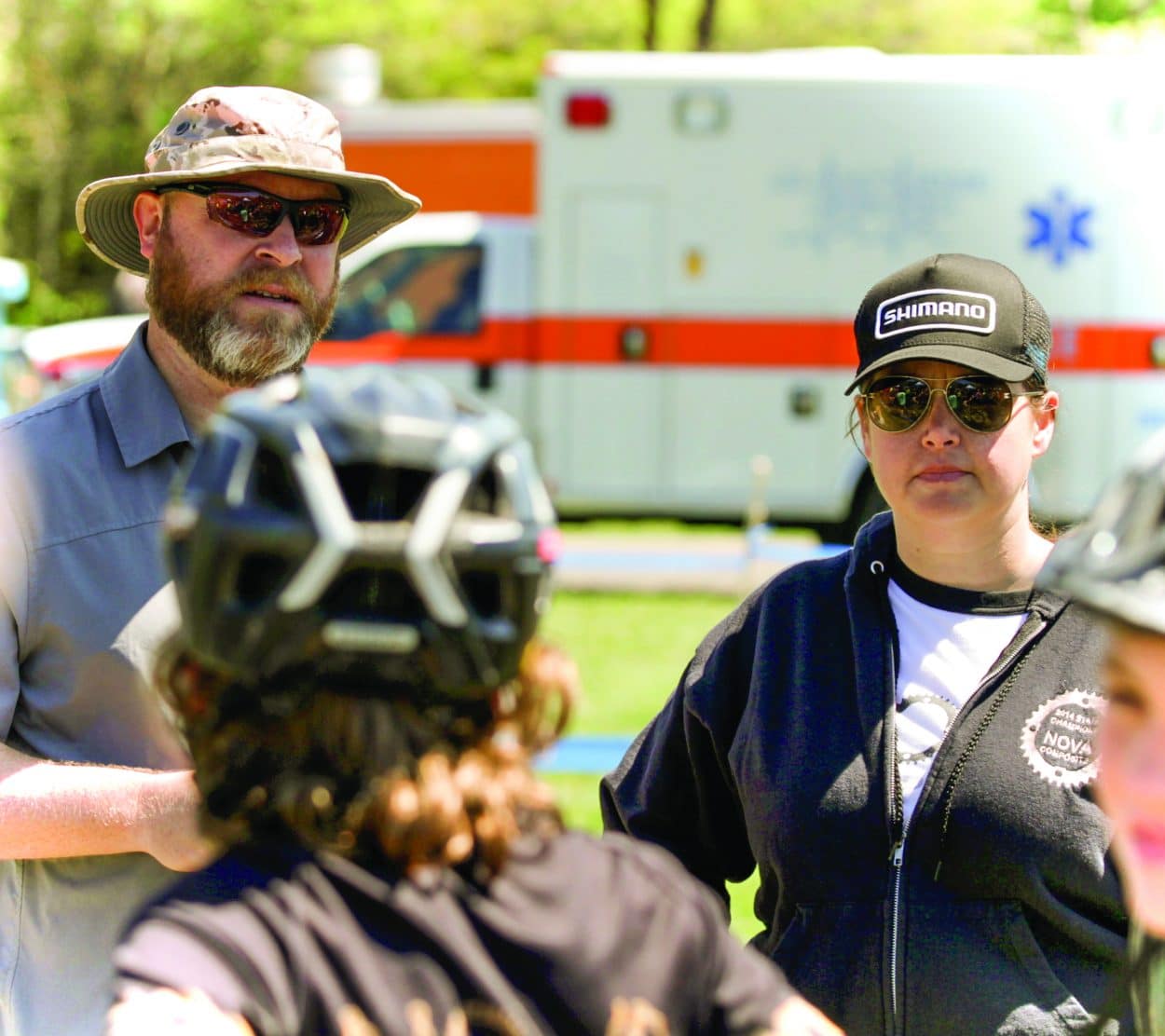 Northern Virginia Composite is one of the founding teams of the Virginia NICA league. It was established in 2014. 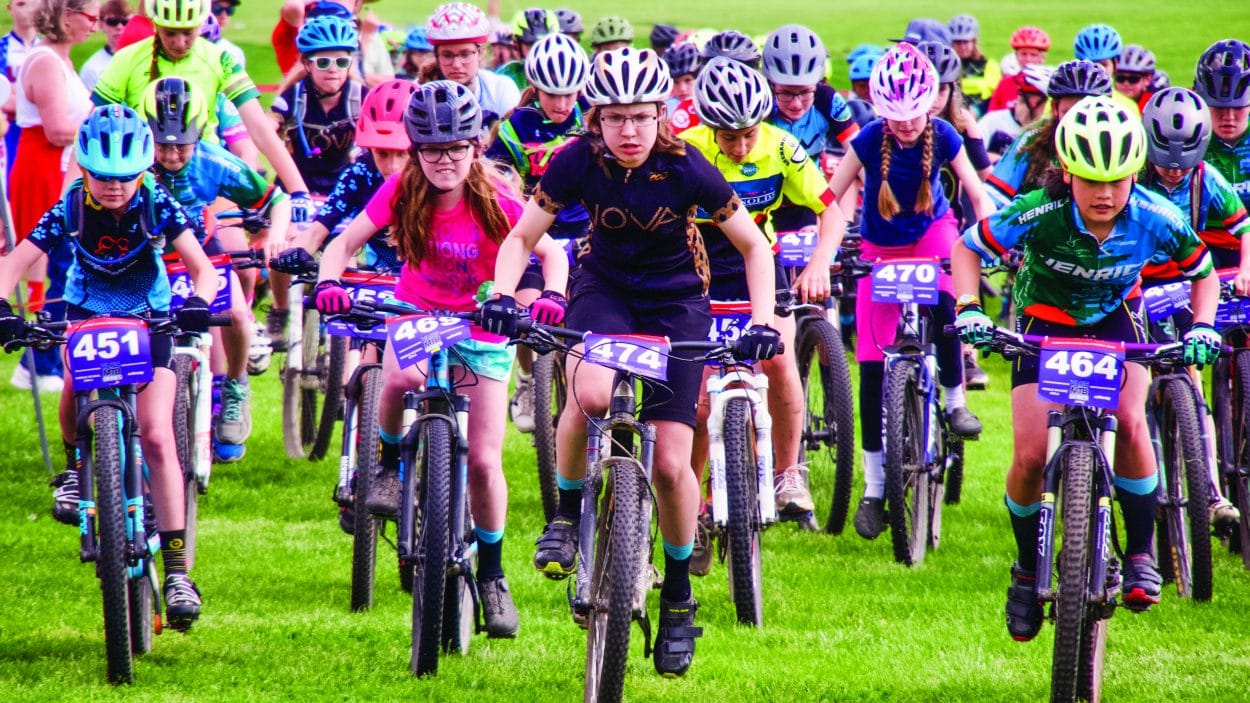 How many boys and how many girls are on the team? Any athlete spotlights?

Katherine Sejas has been a member of NOVA Composite since 2015. She started as a middle-school athlete and has moved up categories each year, most recently racing JV girls in the fall of 2018. Katherine is an excellent athlete and has been NOVA Composite’s MVP as well as the 2018 JV Girls Virginia State Champion; but, what really sets her apart is her commitment to the team and our sport when she’s not racing. On race day, Katherine is at the finish line cheering for her teammates (and competitors). She’s willing to lend a hand to make sure the team operations are running smoothly, and at the end of the day she always helps break down the course. When she’s not racing with NOVA Composite, Katherine works with a local, not-for-profit organization called TrailsForYouth.org that provides opportunities for at-risk youth to benefit from a healthy, active lifestyle through safe outdoor experiences (including mountain biking). Katherine says, “The bike provides me a break from reality, a place and space where nothing else matters. The woods are where you’re free. Ride on and have fun, because the adventure is endless.” 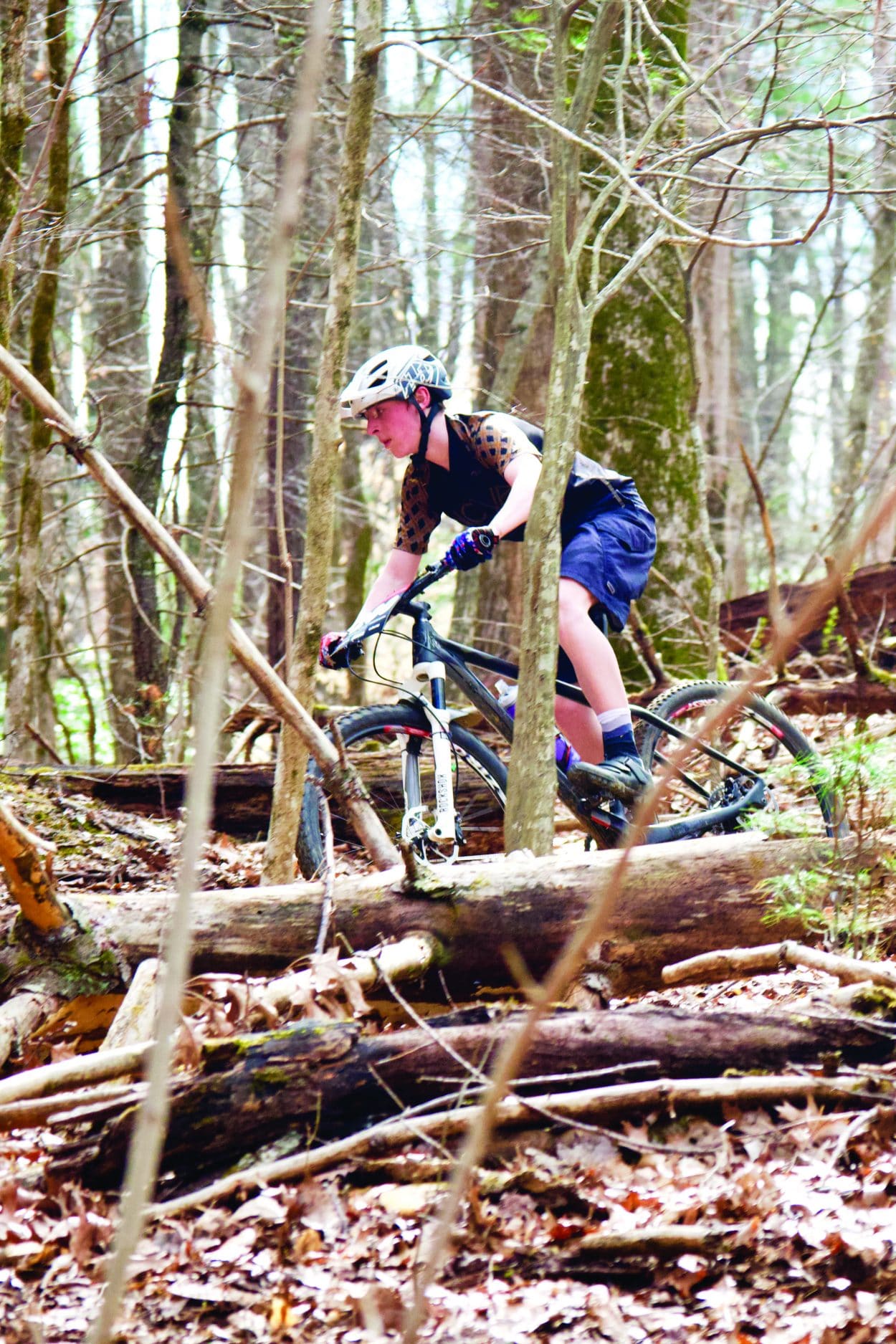 Kael Garrity is a JV athlete. Here he is racing through the woods at Miller School, Charlottesville, Virginia. Photo credit: Ron Eidshaug

Spencer Line is among the most successful athletes on the NOVA Composite team. He is frequently on the podium, often in the leader’s jersey, and wins state championships. He’s been the team’s MVP and earns bragging rights for the best time at the team’s time trials every year. Spencer makes it look easy, but in reality Spencer is one of the hardest working athletes on NOVA Composite. He’s been riding and racing bikes since he was small and has been part of the team since it was established. He trains hard and frequently, and he’s always open to advice from his coaches and mentors. Spencer says, “Being able to race in such a competitive and well-run environment that the NICA Virginia races has provided, and to do so on the NOVA Composite team with my friends, has been an experience I will cherish for the rest of my life.” The secret formula? Hard Work + Friends (Teammates) = Success. 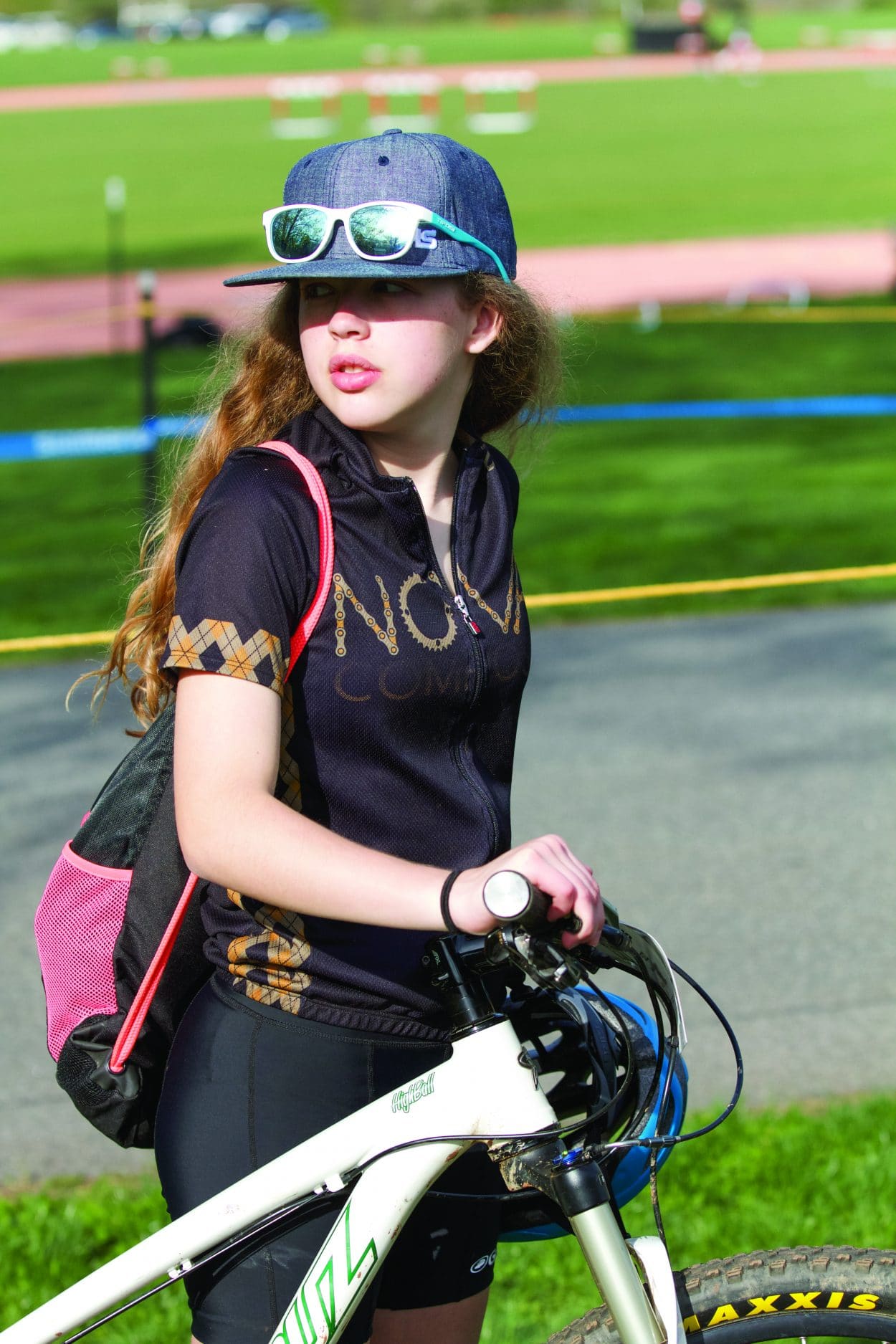