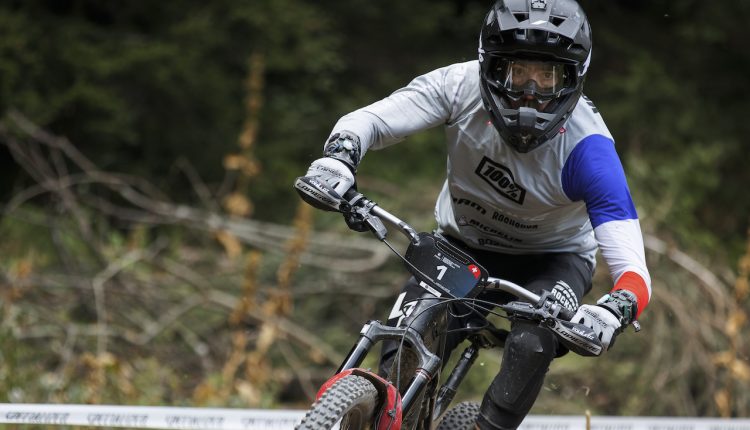 (Nicolas Vouilloz, on his way to winning the Enduro World Series E-bike enduro event at the Specialized EWS-E Crans-Montana. Photo courtesy of  EWS.)

While Greg Minnaar’s recent win of his fourth UCI Downhill World Championship made the record books for the longest top-level downhill career in history, the one rider who could challenge Minnaar’s claim to being the greatest downhill rider of all time made headlines this week with a win in the Enduro World Series E-MTB class, winning six of the nine stages and the overall victory of the E-bike division for the race.

Vouilloz, now 45,  retired from pro downhill mountain bike racing after 2002, when he was 26, and he became one of the top rally car drivers in Europe in the years that followed. He now works for LaPierre (the French bicycle company that sponsored him during his downhill racing career) helping in the design and testing of their bikes.

Specialized EWS-E Crans-Montana kicked off the new season in dramatic fashion amongst the soaring peaks of the Swiss Alps.

The opening round of the 2021 EWS-E season saw a diverse mix of racers take to a huge course that encompassed three loops, nine stages, and 60km of racing in a single day. On the start line were bonafide legends of the sport alongside a smattering of Enduro World Series regulars and the new breed of e-bike specialists.

In the men’s race, no one could get the better of Nico Vouilloz (Lapierre Overvolt Team), who controlled the race straight out the gate. And whilst he didn’t take a clean sweep of all nine stages, his consistently fast and smooth style ensured he was rewarded with a convincing victory with a winning margin of 11 seconds. Fighting it out behind him were Vouilloz’s Lapierre Overvolt teammates Kevin Marry and Antoine Rogge; Marry eventually claiming the second spot and Rogge third. A special mention should also go to reigning E-Bike World Champion Jerome Gilloux (E-Team Moustache Bikes) who made light work of the climbing stage to take the Power Stage win. The legendary Jared Graves took 42nd, last place among the men, just ahead of Remy Absalon, as Graves fights to return to winning form following his health battles of the last few years. 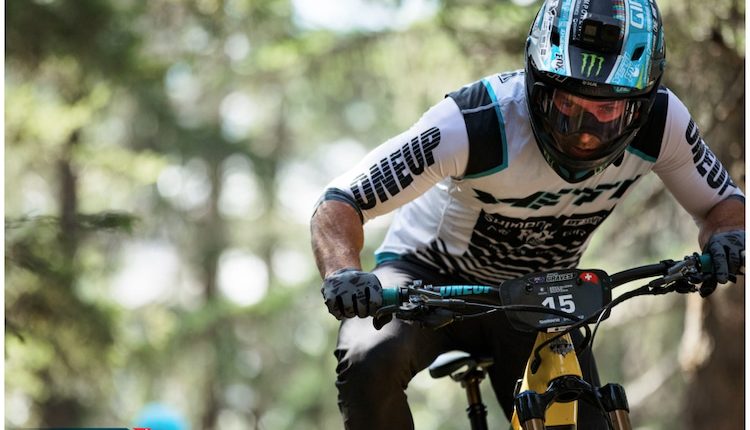 (Jared Graves back between the tape and taking on his first EWS-E race. Photo courtesy of EWS.)

In the women’s competition, it was top-seeded rider Tracy Moseley who took the start as the favorite, but the three-time Enduro World Series champion had her work cut out thanks to Orbea Fox Team’s Laura Charles. Moseley took the early lead, but Charles fought back and went on to win five of the race’s nine stages to finish the day with a commanding 19-second win. It was Italy’s Greta Weithaler who claimed the Power Stage win, but it wasn’t enough to best Sofia Wiedenroth (Specialized Racing) who rounded out the podium in third. 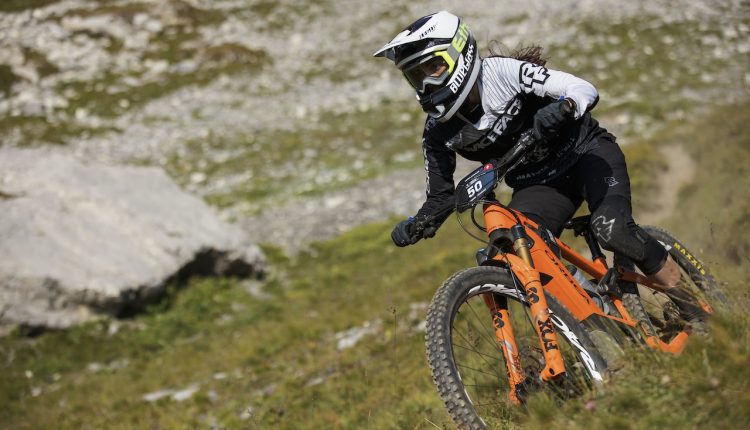 (Laura Charles winning the race on her EWS-E debut, Photo courtesy of EWS.  )

Round one of the EWS-E may be over, but the racing doesn’t stop there. The series stays in Crans-Montana for round seven of the EWS, which kicks off with the Pro Stage on Saturday night, followed by four more stages of racing on Sunday. 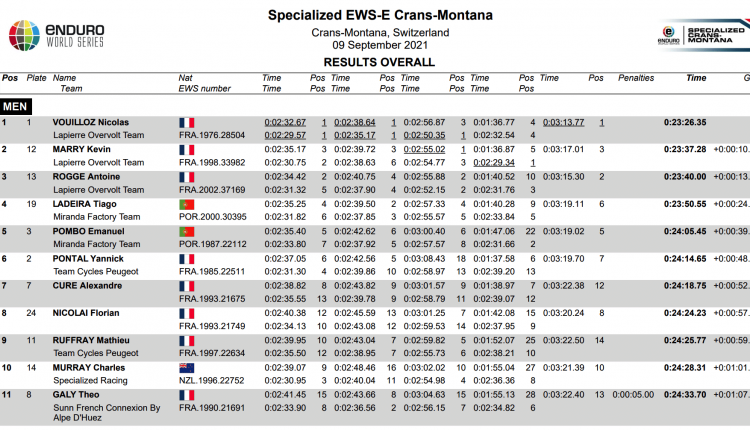 ROOTS, ROCKS & THE ROLL OF A FAT-TIRED LIFE