“La Bresse, France. Having already secured the overall World Cup title two weeks ago in Canada, N1NO Schurter could have traveled to the Finals and made La Bresse a opportunity to save energy 13 days before the seasons highlight, the World Championships in Lenzerheide, Switzerland. However, that’s not the attitude of a real champion. With a stunning race N1NO not only showed us that he is in a terrific shape, but he also set a new benchmark that will last for years if not for ever. N1NO can now call himself Olympic Champion, 6 time World Champion, 6 time World Cup Champion and winner of 30 World Cups! 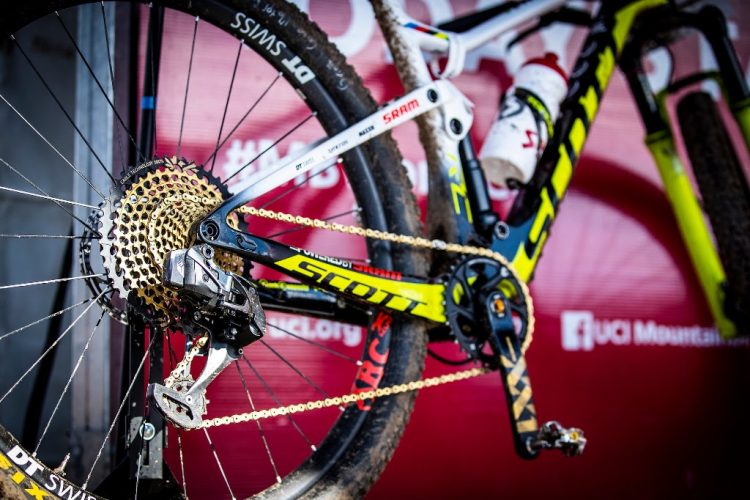 With Andri Frischknecht the SCOTT-SRAM MTB Racing had two riders in the Top 10. Even better than that, SCOTT claimed two Overall Champion titles with Norwegian Petter Faggerhaug winning the U23 category

La Bresse presented a new course. Technically already demanding enough, the rain added even more spice to the soup. The racing weekend did not start in favour of the SCOTT-SRAM team. On Friday’s Short Track Race the Dutch Road, CX and MTB Champion Mathieu van der Poel showed Nino how fast he is over the XCC distance. No chance for Nino to keep up. On top of that he crashed in the very last corner to finish in 6th. Andri Frischknecht struggled with his far back starting position and finished in 32nd.
For Sundays XCO race the sun was shining again for the team around the Olympic Champion. Huge crowds and a spectacular track- at some spots even too demanding- were extra motivation for our riders. 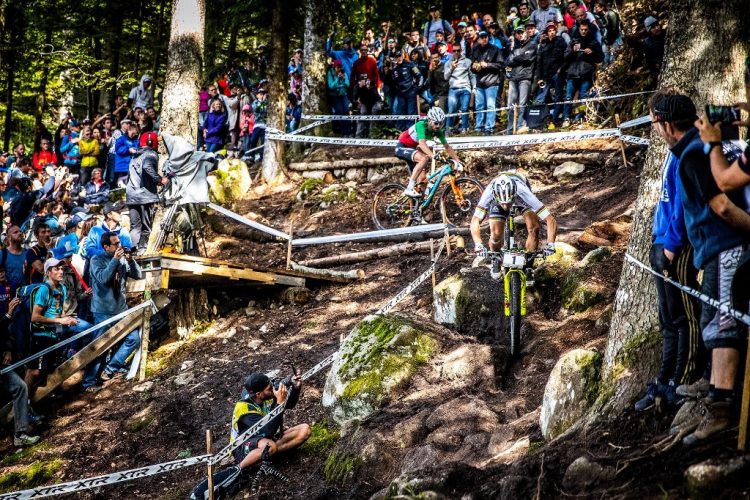 To avoid any battles in the very tight single track on the start loop, N1NO attacked right away pulling the field apart. After being clear with a 20 second gap on first lap the leader was first joined by Mathieu van der Poel and soon after Gerhard Kerschbaumer. This would not be a surprise to the experts as these are the names that will make N1NO’s World Championship on his home turf anything else than a walk into the park. N1NO clearly pushed hard to put his competitors on the defense. The three of them delivered an exciting fight for the win.

It was especially the Italian Champion riding eye to eye with N1NO. Not only was he riding super strong on the climbs, he was also keeping up on the very technical descents. It was a dropped chain for Kerschbaumer that interrupted the duel, but not for long. The Italian stallion fought his way back to N1NO to start it all over again. With two laps to go Kerschbaumer again dropped the chain which left N1NO with a 30 second advantage. Meanwhile, van der Poel was eliminated for the win due to a flat tire. Unlike in the last World Cup race, the luck was back in N1NO’s favor. 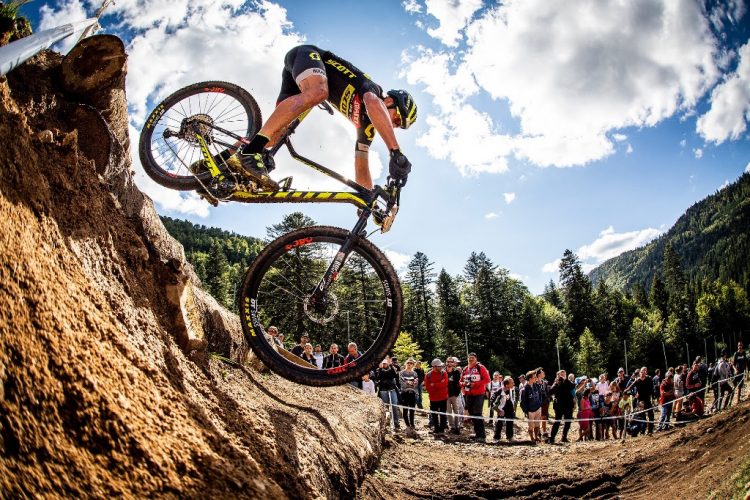 It is obvious- N1NO has the eyes on the prize. This win was a demonstration of his number 1 position. The one he want’s to keep badly in two weeks time.

Going into the race as the man to beat, dealing with the pressure of only “winnign will do”, has it’s risks. The smallest mistake and N1NO’s competition will smell blood like wolves. About his chances of defending his title Mimo states, “Winning today and winning the World Cup is the best possible way to lead into World Championships. I do have already another incredible season- this is my security. I’m 100% ready for the highlight of the year and not afraid of anyone. But the margins got a lot smaller. There are more guys than ever that are capable to win Worlds. This said, I need to be at my very best to succeed. Let’s cross fingers!” 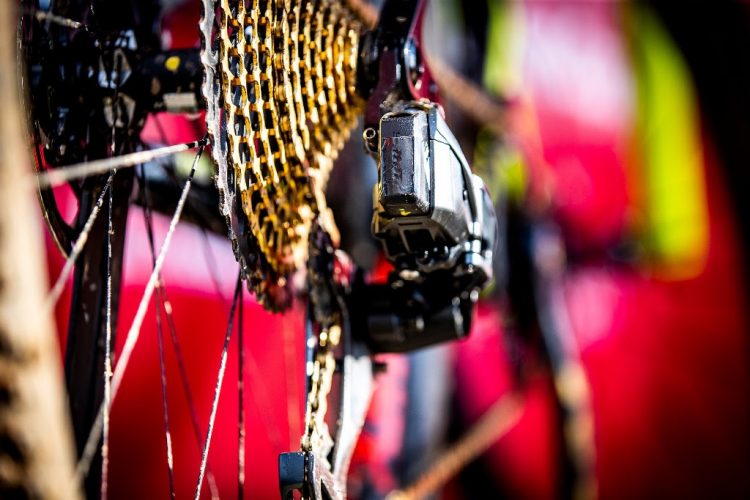 Confidence is the best medicine for success- this is evident for Andri Frischknecht. Even though he hasn’t quite got medals in sight, he aims for a top spot at his very first elite World Championships. Still missing some UCI World ranking points from his break in spring, his 39th starting position is quite a handicap to overcome. After the first lap he moved into 29th and from there on charged big time to bring him all the way into the top ten. In the 2018 World Cup overall he takes 16th position. 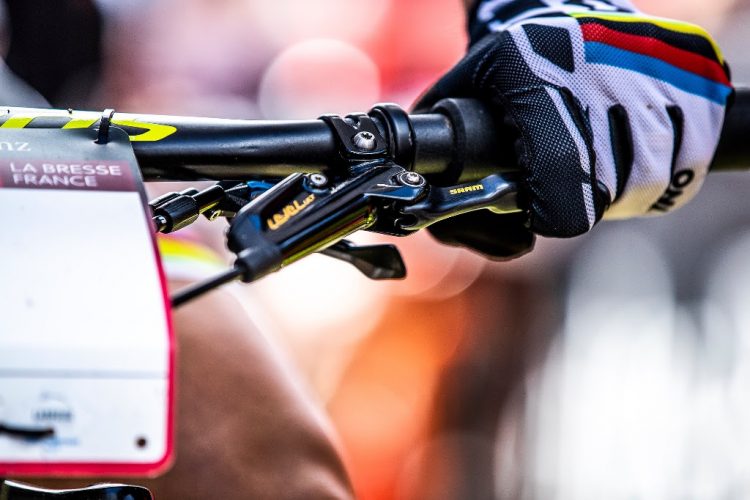 Matthias Stirnemann and Michiel van der Heijden also have the handicap of starting far back. Cape Epic winner Stirnemann made the biggest move of the day coming from 59th position all the way up to 13th, which was his best World Cup position in two years time. Unfortunately he double flated last lap to dropped back to 19th. Still, very impressive ride by him! Michiel van der Heijden finished in 49th.”