North Carolina’s Luca Shaw has risen to become one of the fastest riders on the World Cup downhill circuit. Only 21 years old, Luca is already ranked among the 10 fastest downhill racers on the planet.

At the first 2018 World Cup downhill event (held in Losinj, Croatia), Shaw ended up taking second place in the finals, his best finish so far in the Elite Men’s class. He ended up losing the race to Aaron Gwin by 0.792 seconds. It wasn’t the first time Shaw and Gwin finished that way. Luca also took second to Gwin in last year’s Downhill National championship.

Luca’s father is responsible for getting Luca into racing. Luca’s dad works for Ohlins Suspension, and he got both Luca and his older brother Walker riding motocross bikes when they were 3 and 4 years old, respectively, and even got them racing those bikes a year later. 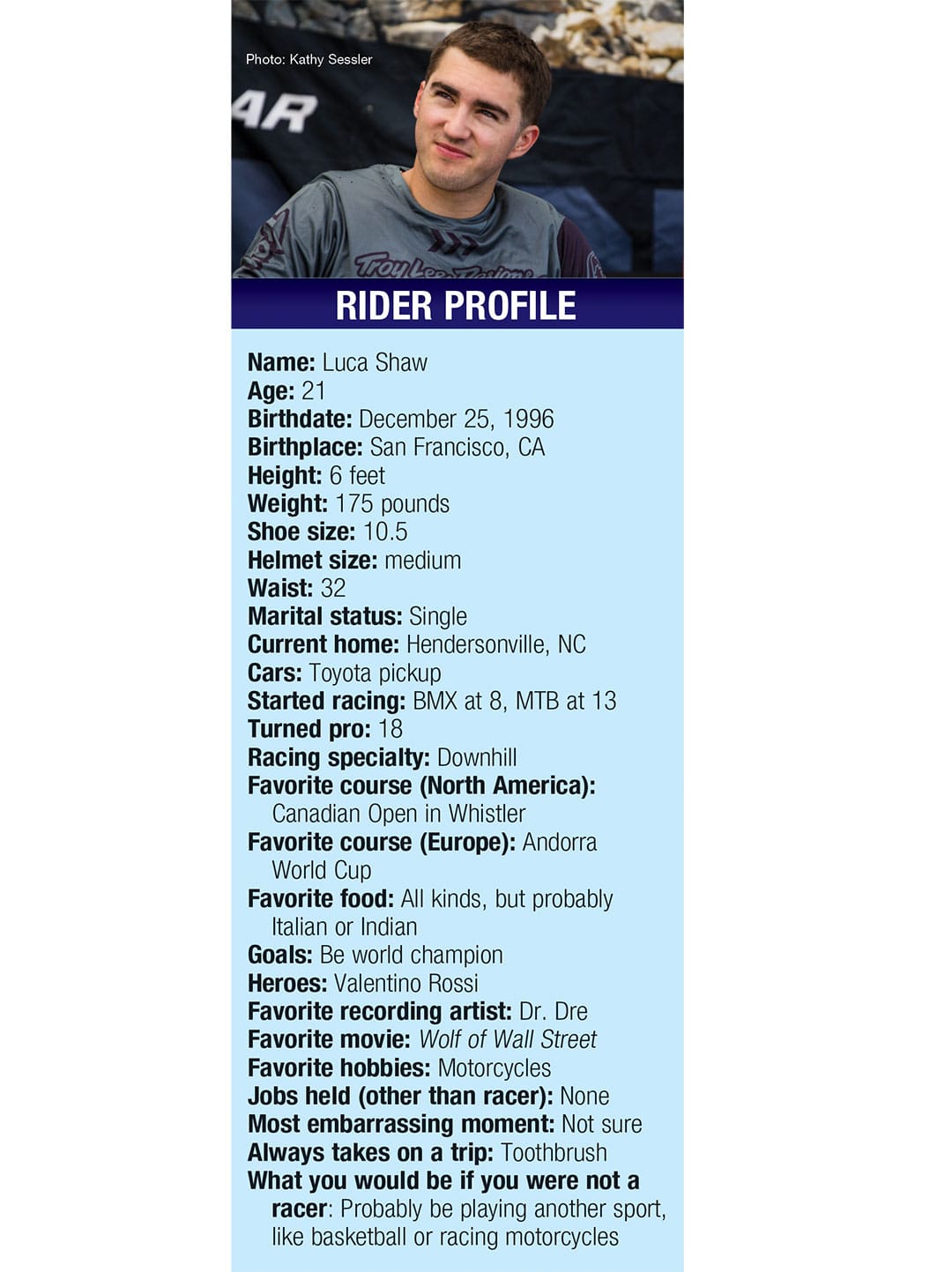 Luca took up racing BMX for a couple of years starting at age 8, and he was good at that too. After that, Luca took up mountain biking, and it was soon apparent that he had found his specialty. After picking up a sponsorship from Santa Cruz, Luca went on to become one of the top juniors on the World Cup circuit, doing so while still in high school. He even won two of the Junior Men’s downhill World Cup events.

Once Luca moved up to the Elite ranks, he began to shine again. At the first World Cup event of 2017, Luca and his teammates, Loris Vergier and Greg Minnaar, were all debuting the new 29-inch Santa Cruz V10 design, and the three of them earned the top three spots in the qualifiers at the race. Heavy rain hit the finals, intensifying before the top riders’ runs. Torrential rain, horrendous visibility and slick mud destroyed their chances at a podium sweep, but their qualifying round remained an impressive debut for the three teammates and their new bikes.

This year, on his newest version of the 29-inch Santa Cruz V10, Luca has emerged once again as one of the fastest riders on the World Cup circuit. While Gwin still garners most of the attention paid to American downhillers, Luca Shaw may someday prove to be a serious threat to Gwin’s long-term dominance.

Will Luca be able to beat Gwin in the near future? That remains to be seen, but Luca is already the highest-placing World Cup downhill racer to come out of America since Gwin arrived on the scene ten years ago. 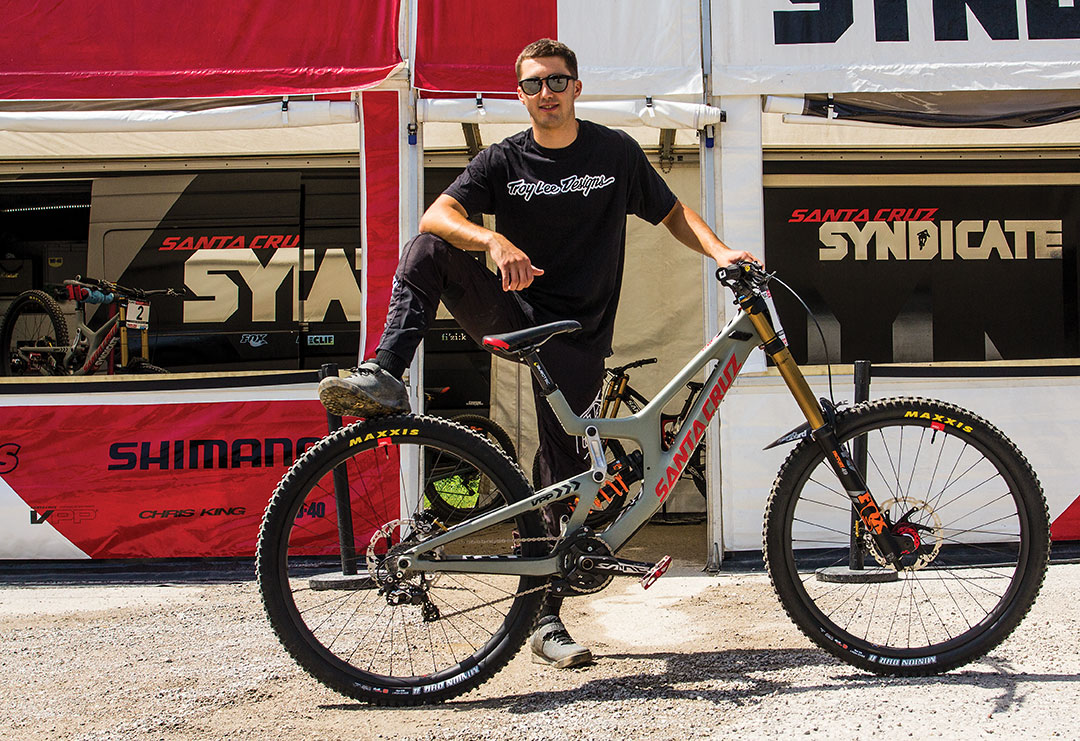 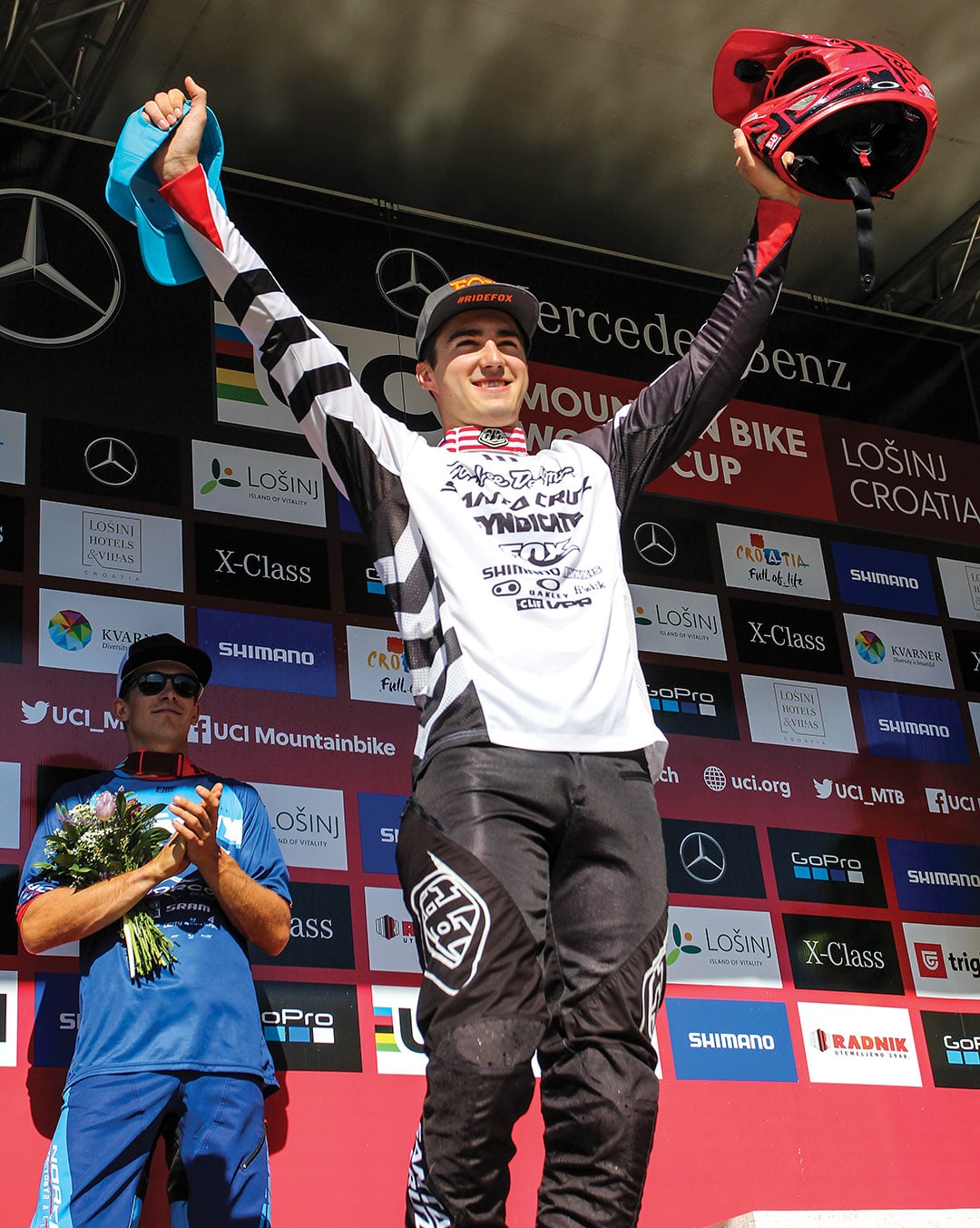 Luca: I was born in San Francisco, but I’ve grown up in Hendersonville, North Carolina, since the time I was 8 years old.

Luca: My dad works for Ohlins Suspension and has always been involved in the motorcycle industry. My mom works for a Belgian fashion designer.

Luca: I think I was 3 when I first rode without training wheels.

Luca: My dad and brother.

MBA: Did you race on any other kinds of bikes before you started racing mountain bikes?

Luca: I started out racing BMX when I was 8. I was pretty good. I moved up to the Expert class in my first year, and the best I did was second place at the Grand Nationals.

MBA: When did you start racing mountain bikes?

Luca: I think I got second in my first downhill race.

Luca: Not many I don’t think.

Luca: I played basketball and soccer for a long time through middle school and high school.