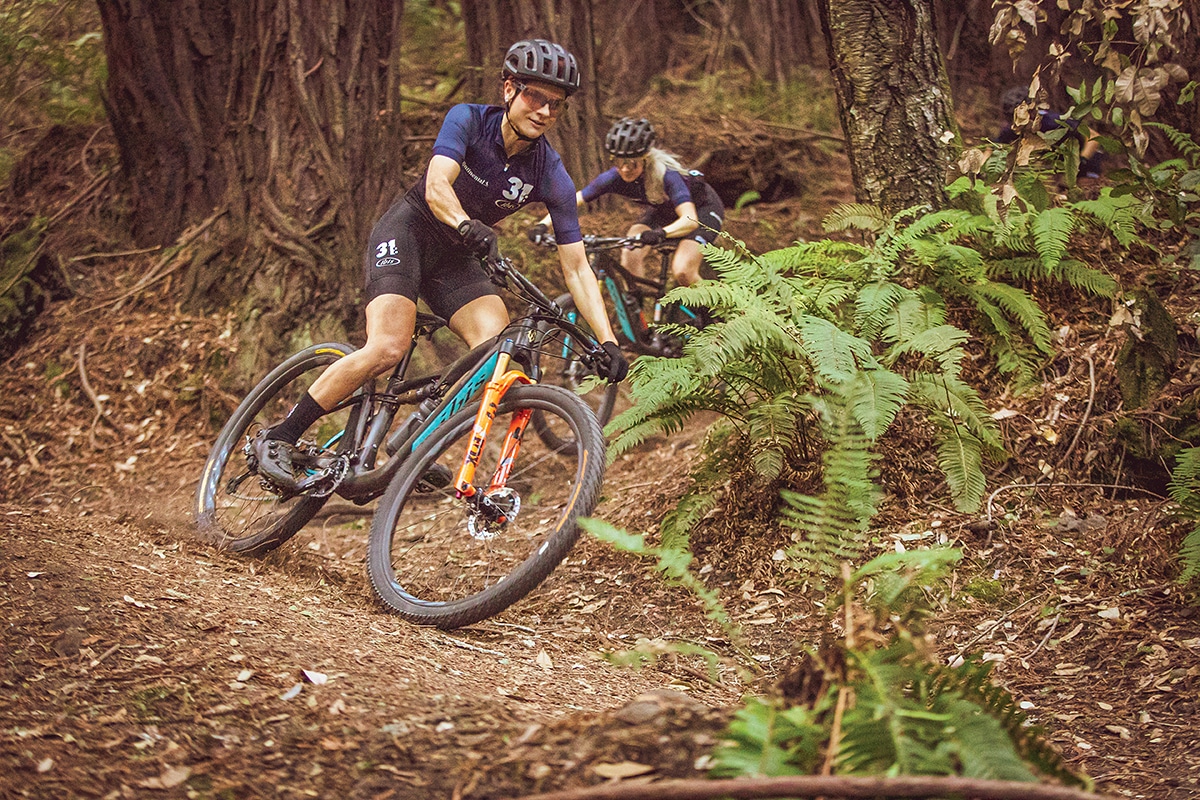 If you can remember the mountain bike races from the 2016 Olympics, you know who Jenny Rissveds is. The Swedish cross-country star was only 22 when she won the Olympic gold medal that year in Rio. Remarkably, she had only raced in the Under-23 ranks before that year.

In the spring of 2016, Jenny moved up to Elite Women’s ranks a year early so she could compete against the planet’s top women in the 2016 World Cup series. That year, in July, Jenny won her first Elite Women’s cross-country race at Lenzerheide, Switzerland. After that, she went to Rio and beat the top female riders in the world again to pick up the 2016 Olympic gold medal.

In the two years that followed that event, Jenny sank into a long period of depression and quit racing. After some downtime, she took up riding and training again and staged an incredible comeback into the top ranks of the sport.

In 2019, Jenny came back and won the World Cup XCO event in Lenzerheide for a second time. It was her first World Cup win in three years. After the race, she said in an interview with the UCI, “Two years ago, I didn’t want to be alive. I just want to say that it is possible.” Jenny told Red Bull TV, “My main goal this time is not to win all these races. It’s to inspire children to stay active, to always come back to what you love to do, to be yourself.” She went on to offer this advice, “Never give up, never.”

There were only two World Cup cross-country races in 2020 due to the shutdown of international travel because of the coronavirus.

Last summer the Olympics returned. They were a year later than normal, so it was five years after her previous Olympic win. Although Jenny didn’t earn a medal in Tokyo, placing 14th in the race, she did pick up some medals in the UCI again. She managed to earn two silver medals and one bronze in her World Cup XCO races last summer. She also ended up third in the year-end World Cup rankings, beating both Jolanda Neff (Tokyo’s Olympic gold medalist) and Pauline Ferrand-Prevot (the three-time XCO world champion).

Looking ahead, we expect that Jenny will most likely end up in the Olympics in 2024, too. She’s already proven that she can win a gold medal at that level. We wouldn’t bet against her if she makes it there again.

Started racing: When I was 7

Favorite course (North America): I don’t have a lot of experience racing in North America. If I had to chose between Snowshoe [West Virginia], Windham [New York], and Mont-Sainte-Anne [Quebec], I would have to say Snowshoe, even if I don’t love the course.

What you would be if you were not a racer: I would be volunteering in developing countries, helping children and animals.

Jenny Rissveds and her Ibis Exie

The Ibis Exie is Jenny’s go-to choice for cross-country racing. It’s the bike she’s planning on racing in the World Cup events and the UCI World Championships this year.

“Everything just fully open, he he.”

Tires: “Continental Race King or Cross King, depending on course. Size would be a size that fits on my wheels. Pressure I measure in bars, and I can’t convert into psi, so it doesn’t make sense to tell you, as it seems like I’m the only one who still talks in terms of bars.”

“These questions are way too detailed for me, ha ha.”

Saddle: “I am currently testing new saddles. Last year, I was on the S-works Power with Mirror technology.”

Estimated value of bike: “It’s not a stock build, but would probably retail for close to the special 40th anniversary Exie. Maybe $11,800.”

MBA: Have you competed on other kinds of bikes besides mountain bikes?

Jenny: I used to race on the road as well. I raced mountain and road from the ages of 10 to 18.

Jenny: I don’t know, I don’t like to grade them.

MBA: Can you tell us something interesting or unusual about yourself or your family.

Jenny: I hate to shower.