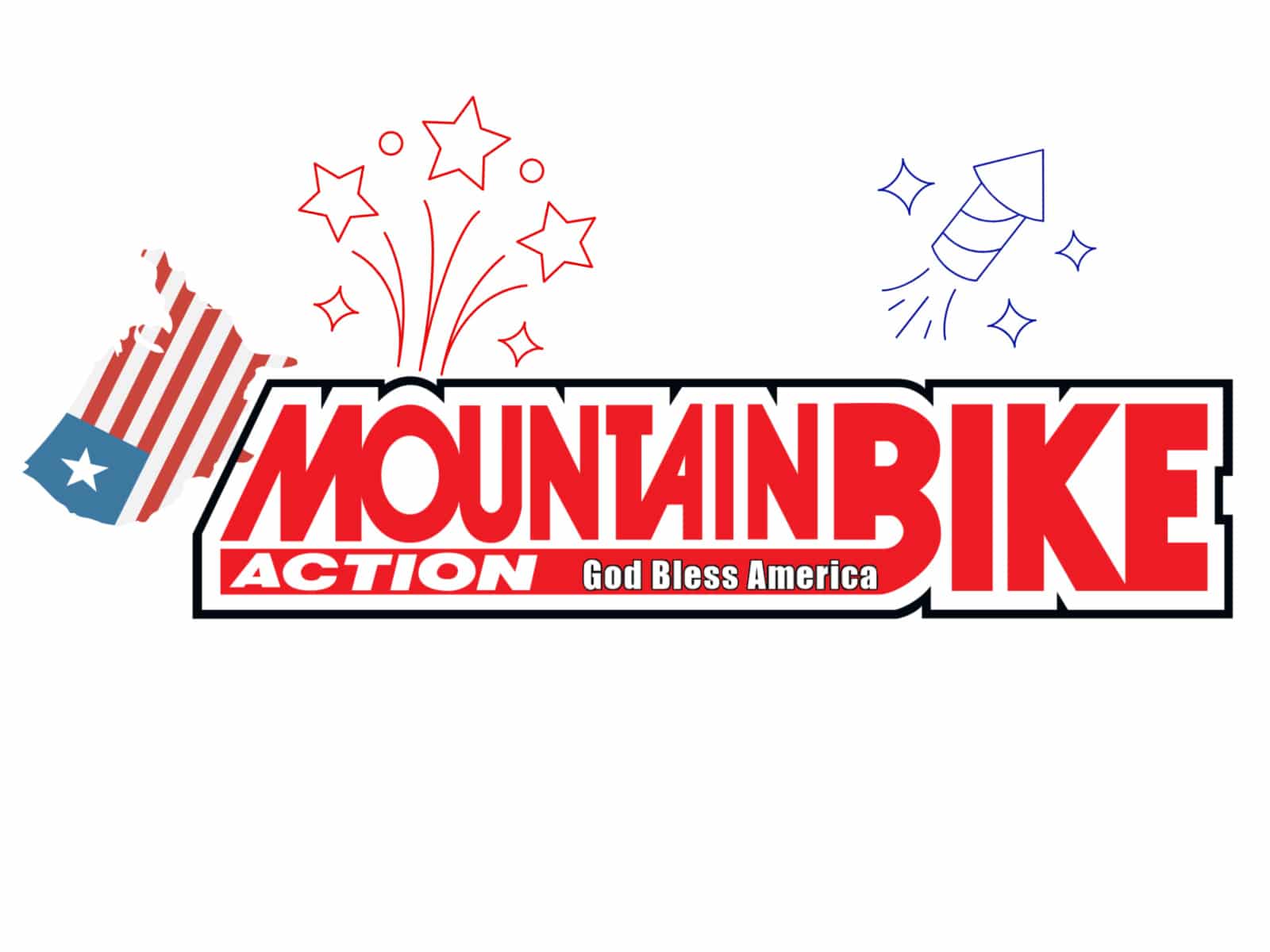 Check Out One of the First Carbon Downhill Mountain Bikes

A Brief (and Incomplete) History of SCOTT Sports' Gravity Bikes

Check out some of SCOTT Sports’ innovative downhill bikes—as displayed in their company headquarters in Friborg, Switzerland. 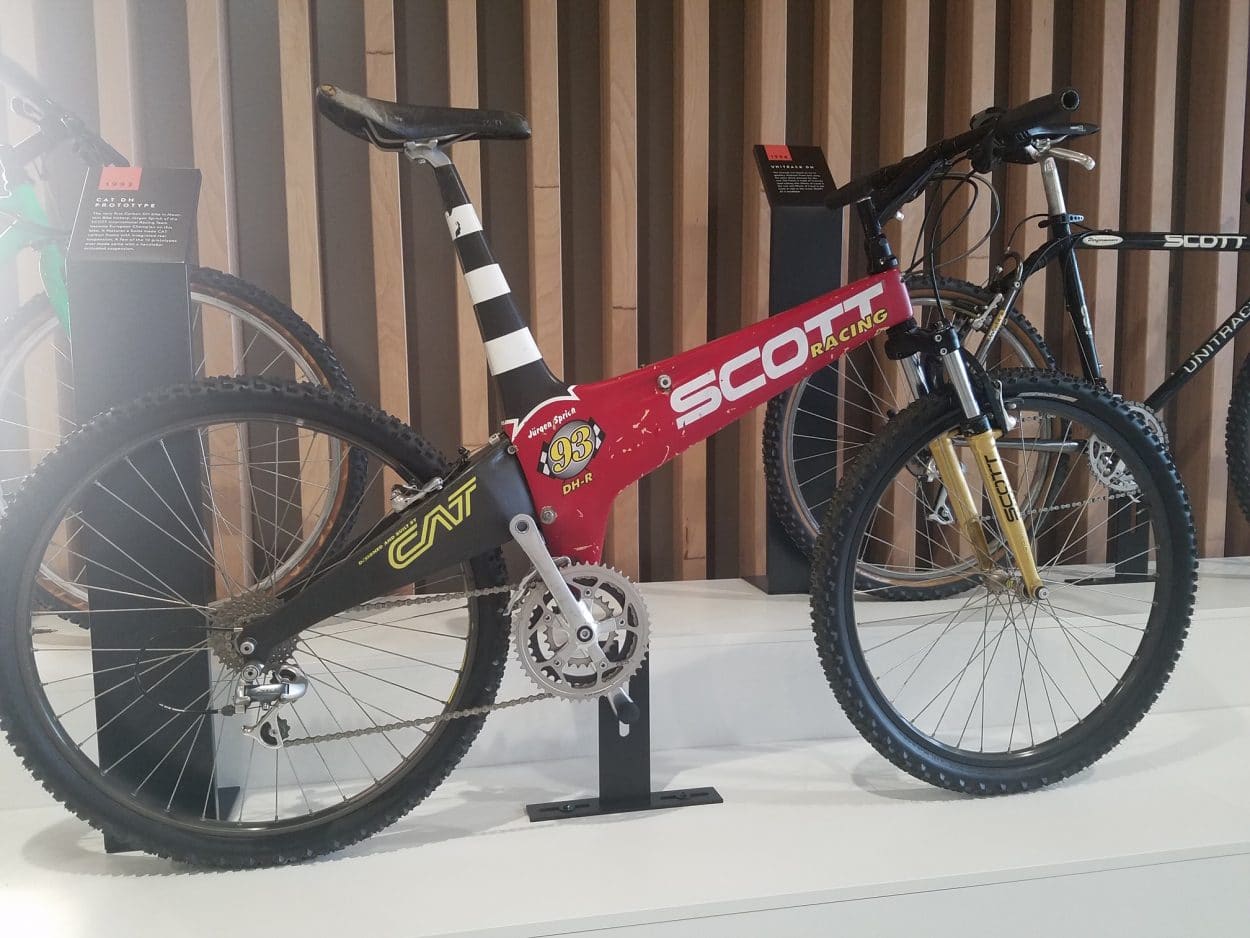 The CAT DH Prototype is among the first carbon downhill bikes in MTB history. Jürgen Sprich of the SCOTT International Racing Team became European Champion on this bike. It features a Swiss-made CAT carbon frame with integrated rear suspension. A few of the only-10 prototypes ever made came with a handlebar-activated suspension system. 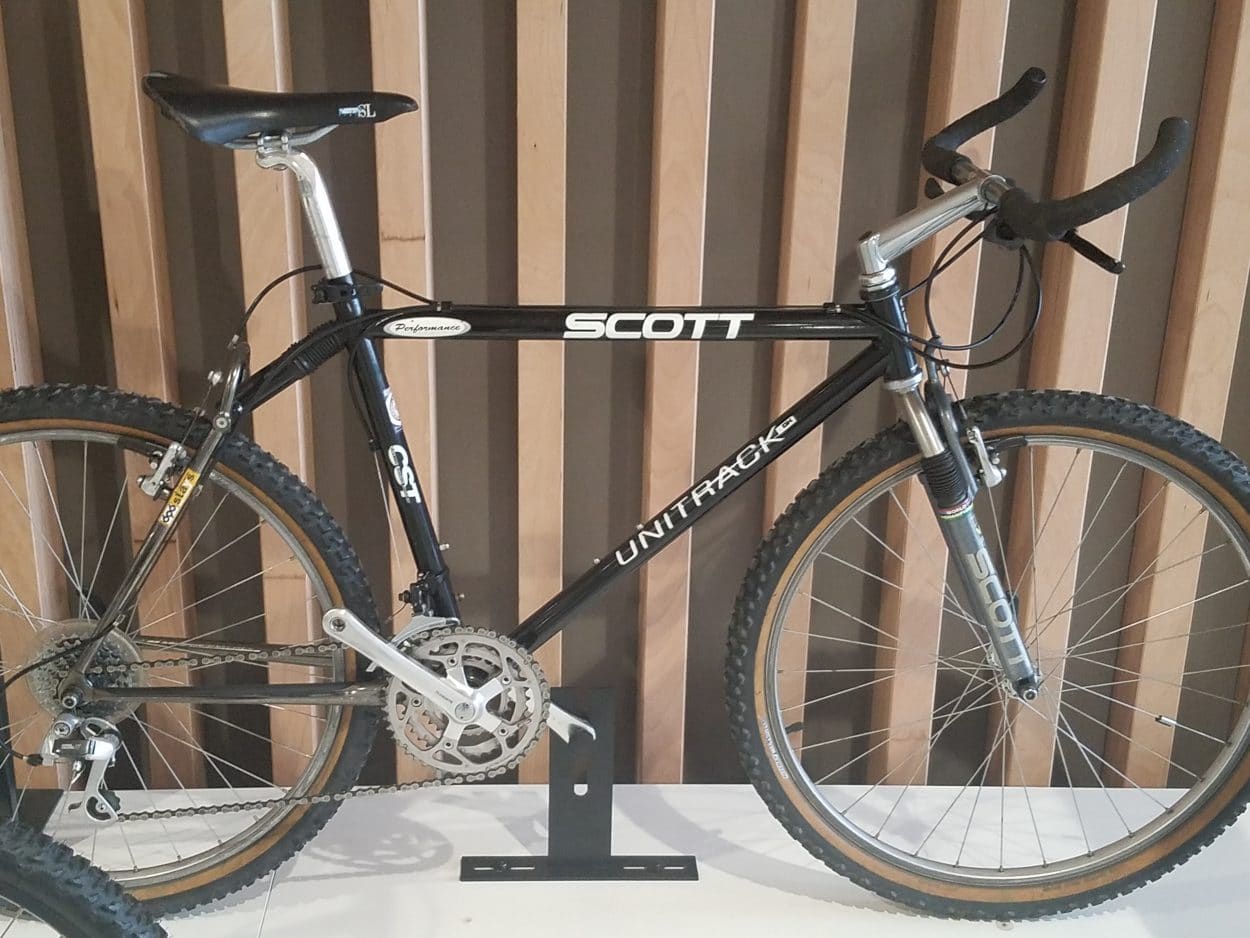 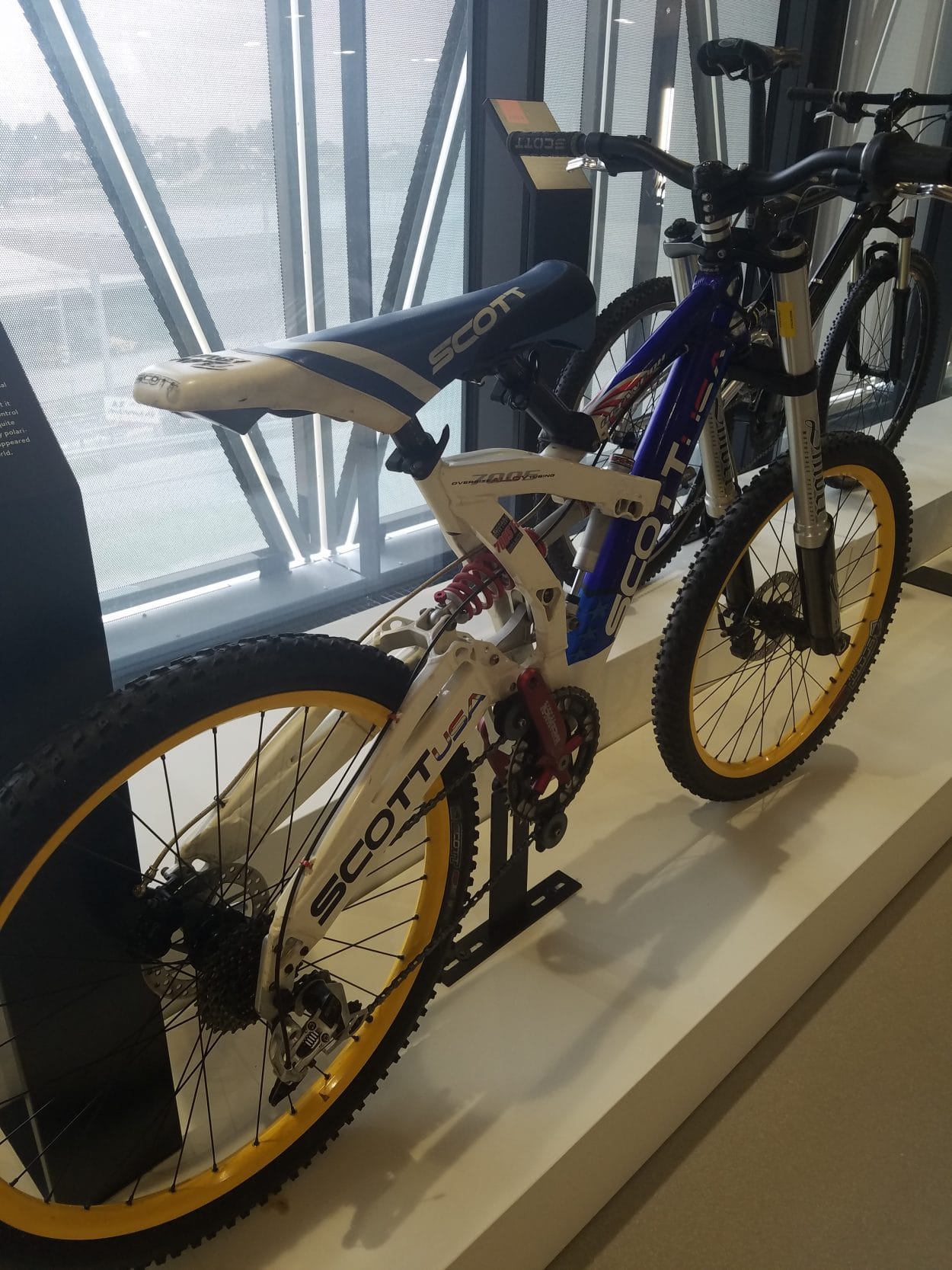 Crazy stuff like this was pretty normal in the late nineties. The thought behind the oversized seat was that it could be more readily used to control the bike on a fast descent. The quite futuristic design was obviously polarizing but as a result the bike appeared in magazines around the world.