The Fontana Parks and Recreation Department ordered a complete shutdown of the Southridge USA cross- country mountain bike event in Fontana, California, on Saturday morning. Promoter Donny Jackson told MBA that the event had to be stopped while the riders were staging for the event. The weekend’s downhill practice, downhill competition and enduro competition also had to be canceled. Donny told MBA that the Parks and Recreation Department showed up first, and then they brought in the police. Upon the insistence of the Parks and Recreation Department, the police told Donny that he had to shut down the race immediately and apologized that it was out of their hands. Donny says he will be meeting with the town officials on Monday. He told MBA that he believes he can file a petition to register his event as a “protest” now against Governor Gavin Newsom’s lockdown orders against public gatherings.

Jackson told MBA that motorcycle races and other outdoor sporting events are being held in San Bernardino County. He thinks that it’s ironic that the government officials are intent on trying to stop a bicycle event that is promoting a healthy lifestyle after being on lockdown for close to a year.

Also, Jackson said that he wants to extend a big “thank you” to all his racers and supporters who continue to support him after 30 years of racing and who were there to help his team get the event cleaned up.

Below is the notice that Southridge USA posted on the group’s Facebook page this morning regarding this weekend’s race at Fontana: 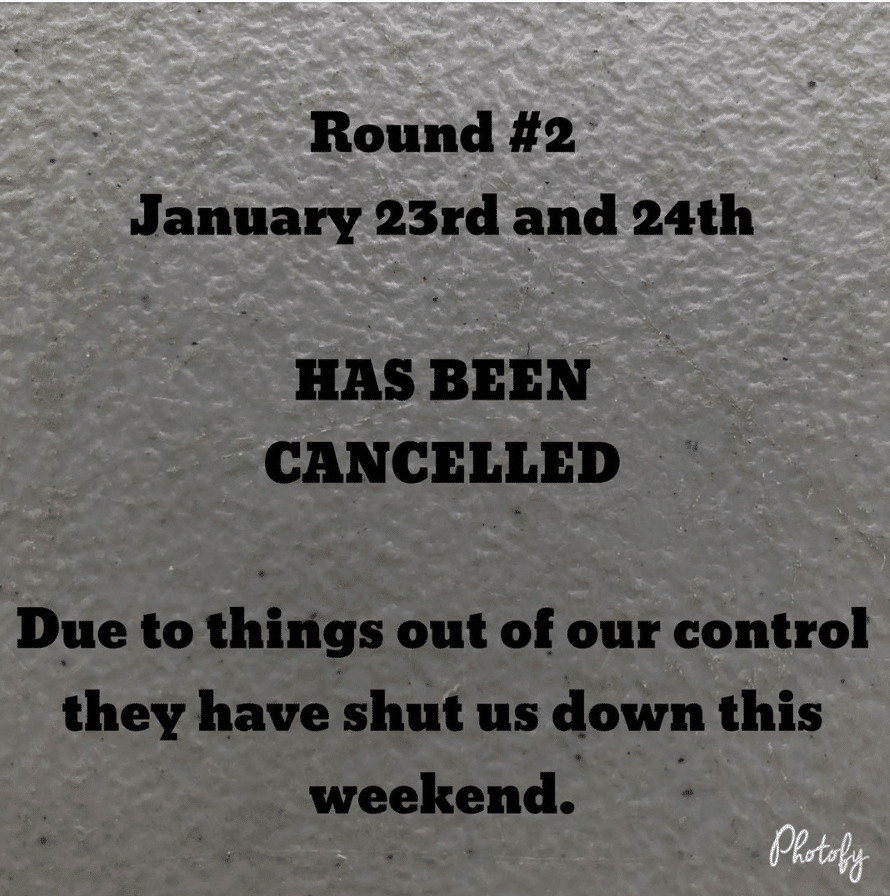