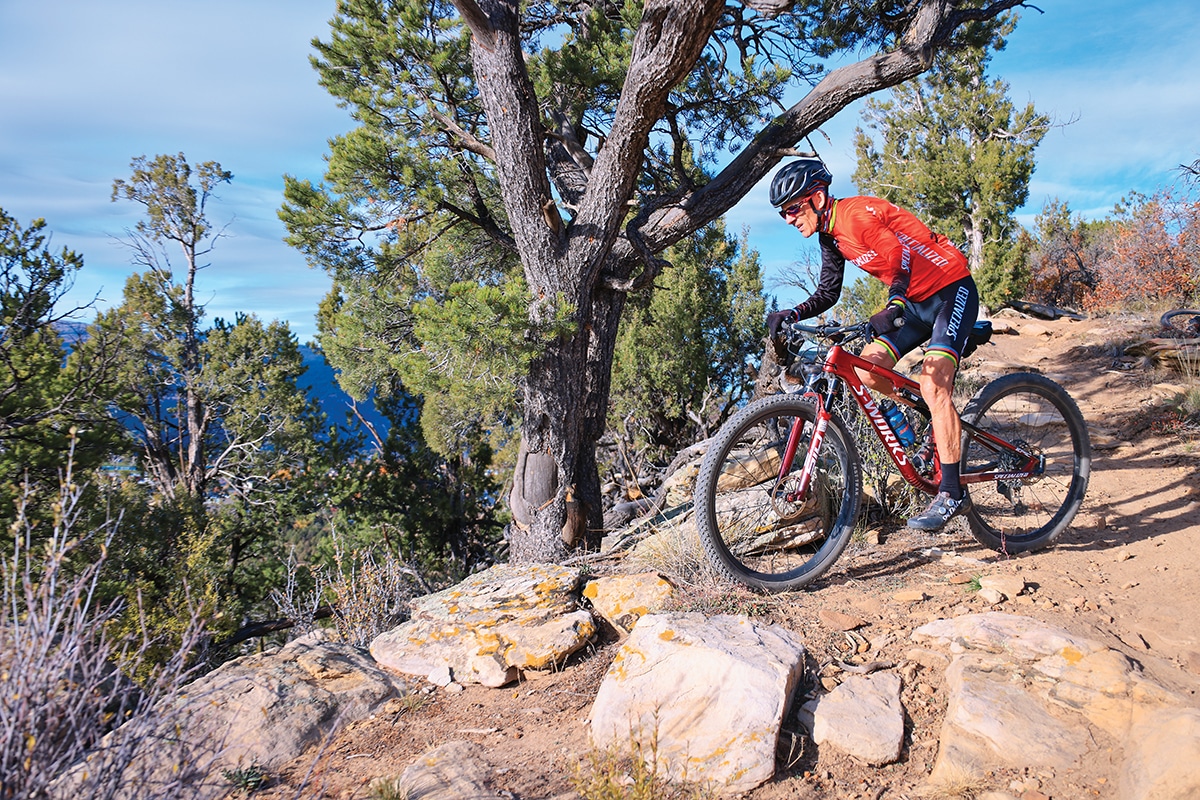 This picture of my dad was taken on Raiders Ridge Trail in Durango. 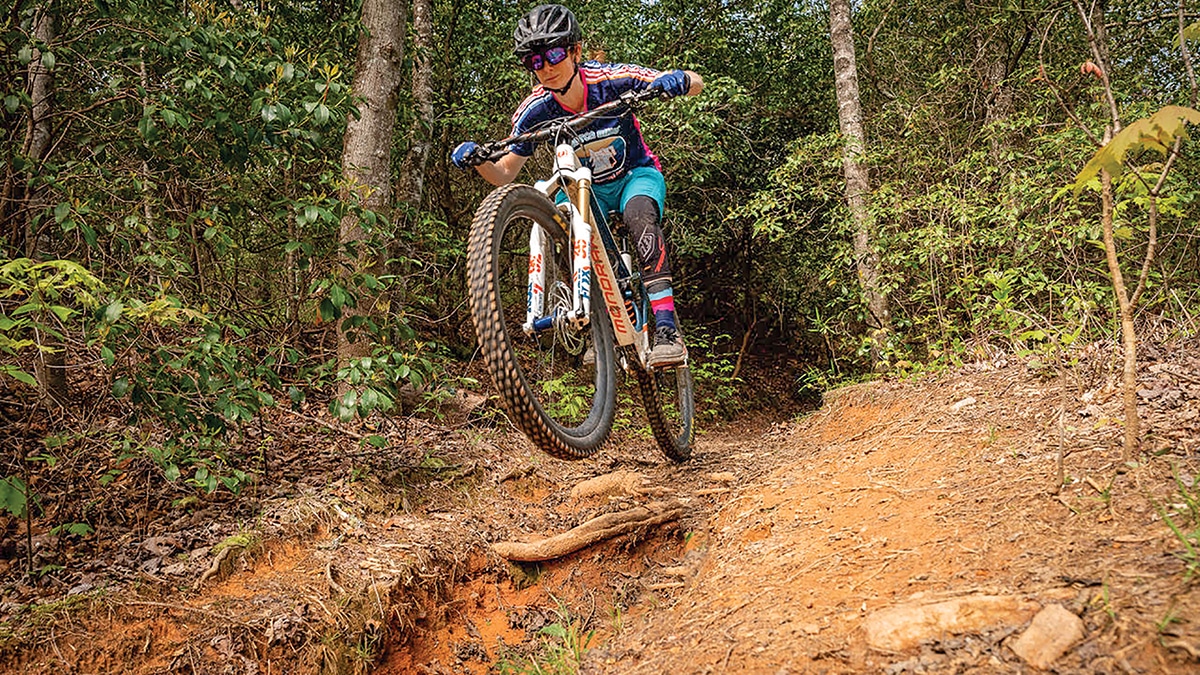 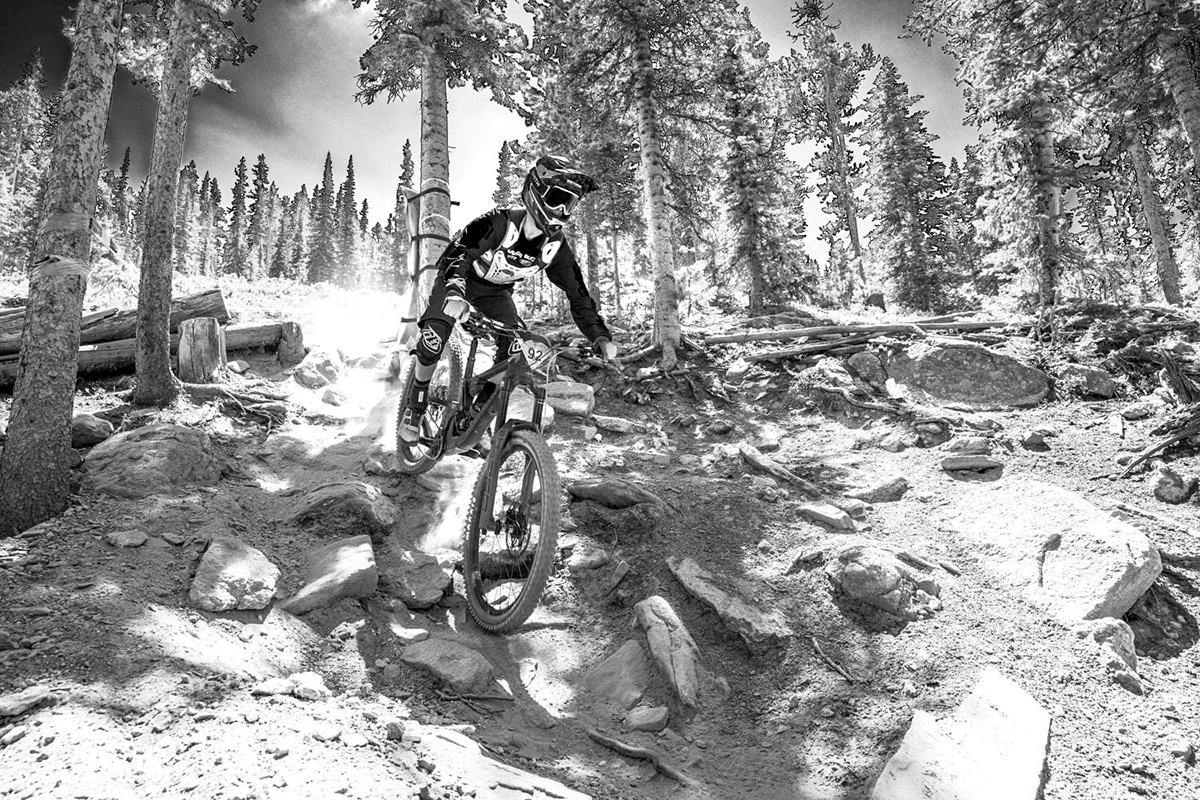 This is a shot of my son Julien racing in the Big Mountain Enduro at Winter Park, Colorado, back in August. 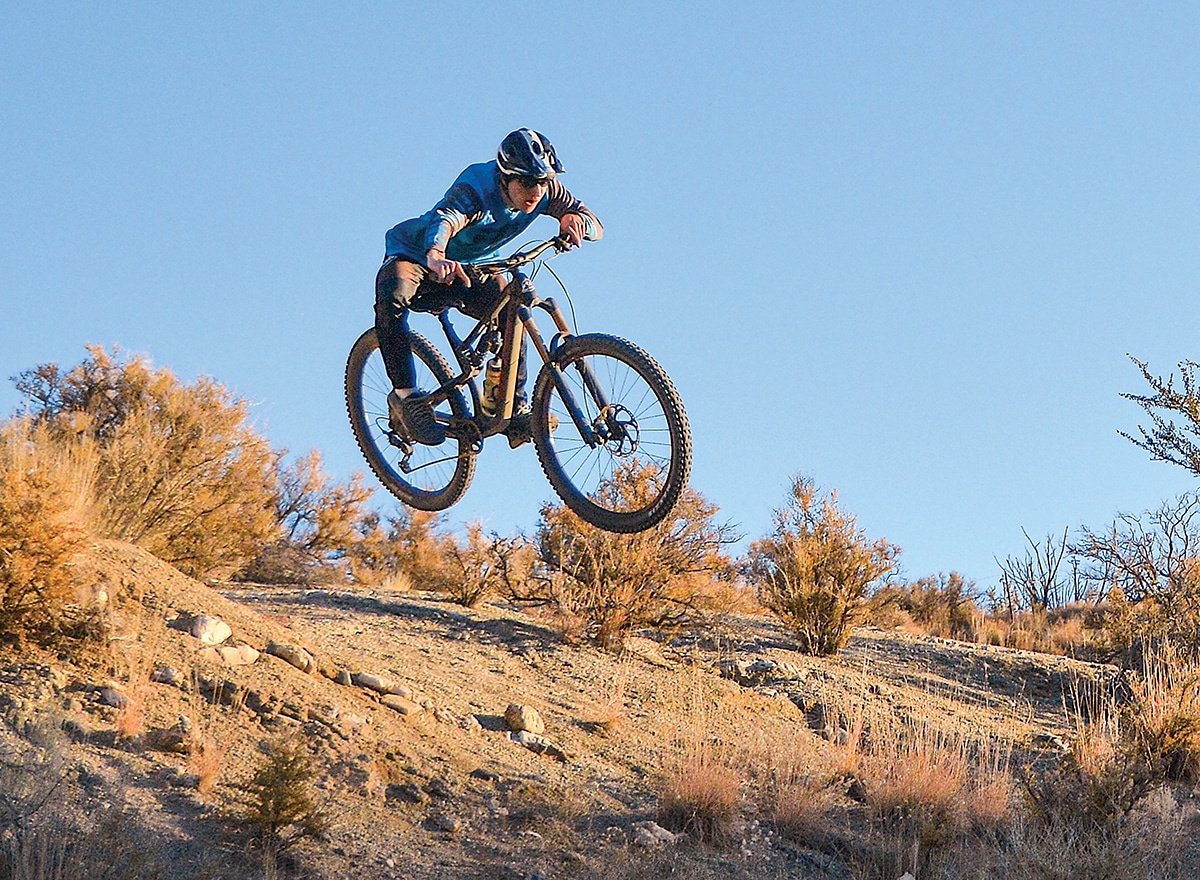 My brother Anthony shot this photo of me in the South Foothills of Albuquerque. 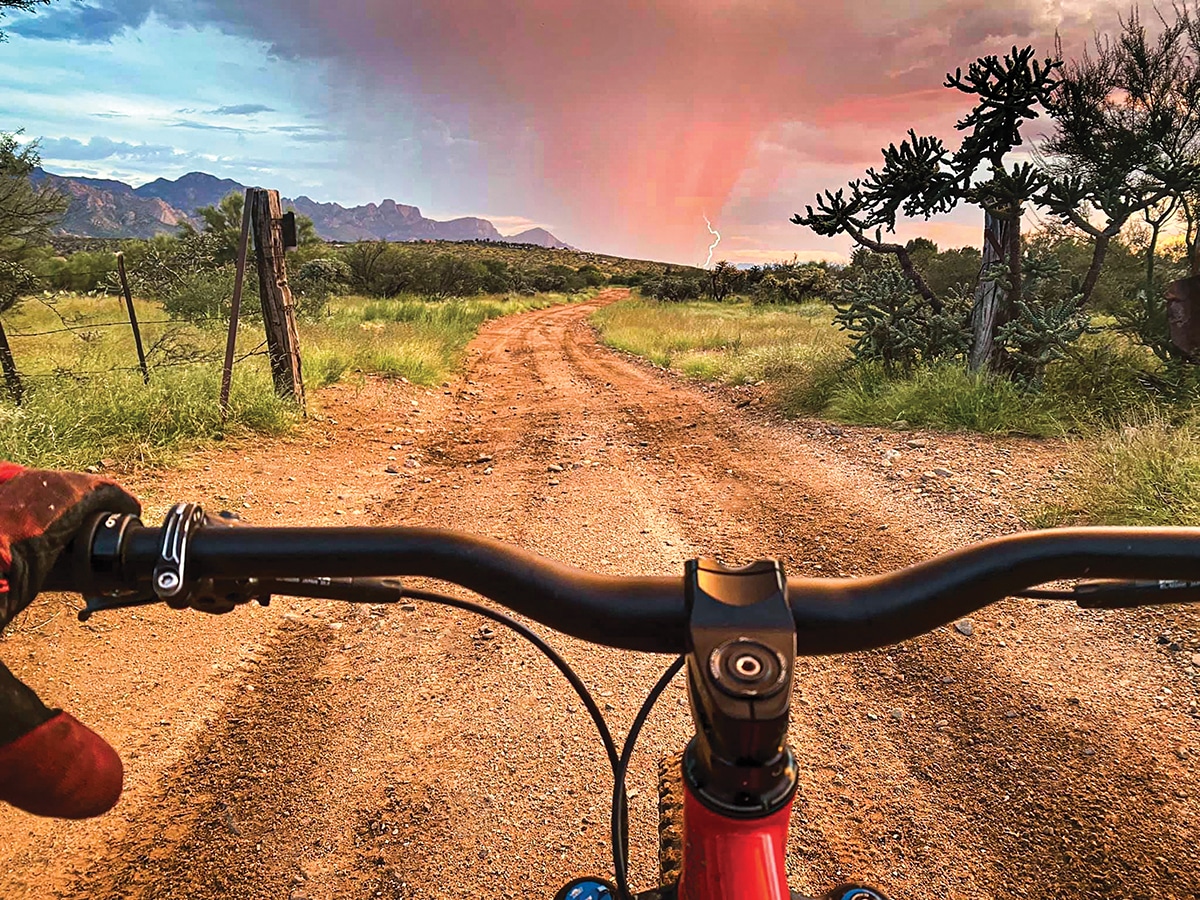 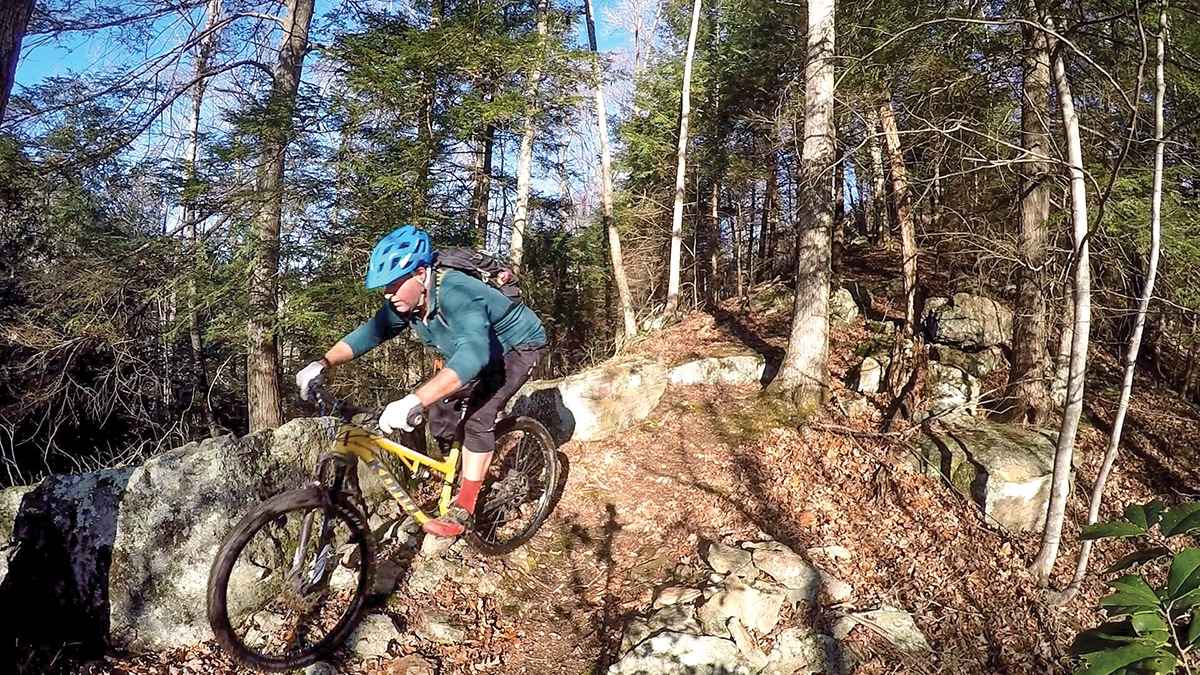 Here’s a pic from yesterday’s ride in Little Creek Park, South Charleston, West Virginia. I shot it with my GoPro. To get the shot in action, I took a video and used the “grab photo” feature in the GoPro app. As for the position, I used a short (like 6 inches), flexible tripod tied to a small tree. I think it’s a pretty cool trick, because it not only gets the angle, it also hides the shadow of the camera in the shadow of the tree. 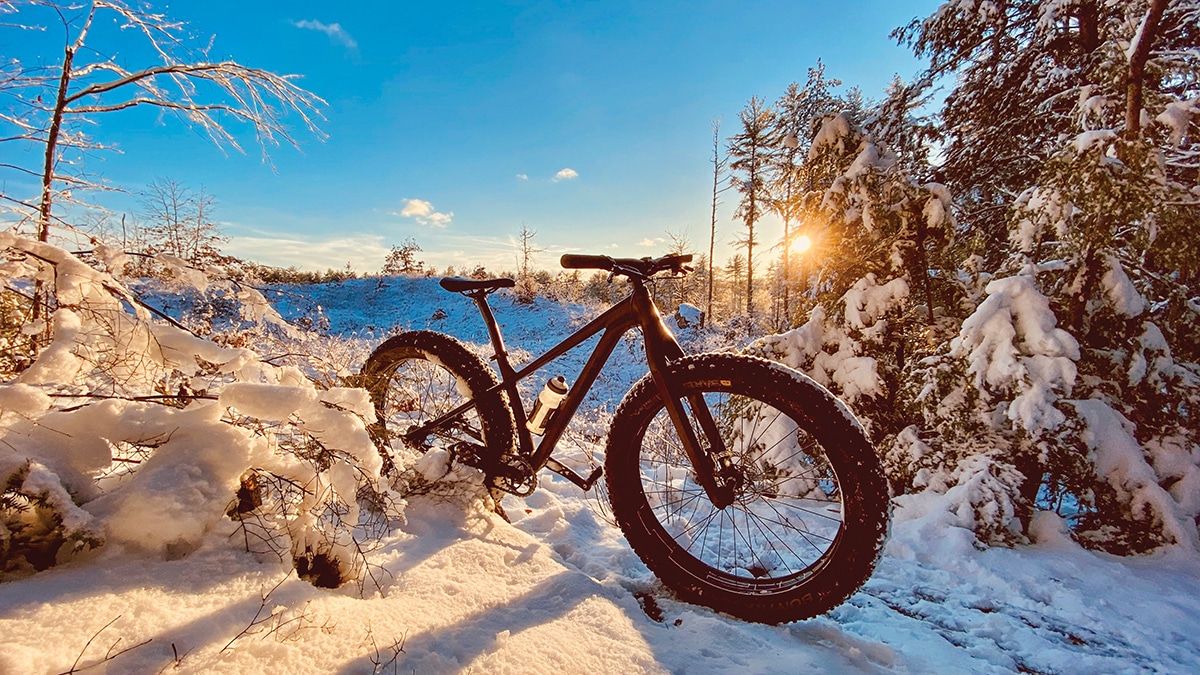 There’s something special about the first snow ride of the year. Up here in New England, we have been impatiently waiting for our first real snowfall, and mother nature finally obliged. My local FOMBA trials were running fast and smooth. My Trek Farley was set up for silent running as a single-speed with an Endless Bikes single-speed cog and sprocket. It’s days like this that we are reminded of why we ride. It was worth the wait. 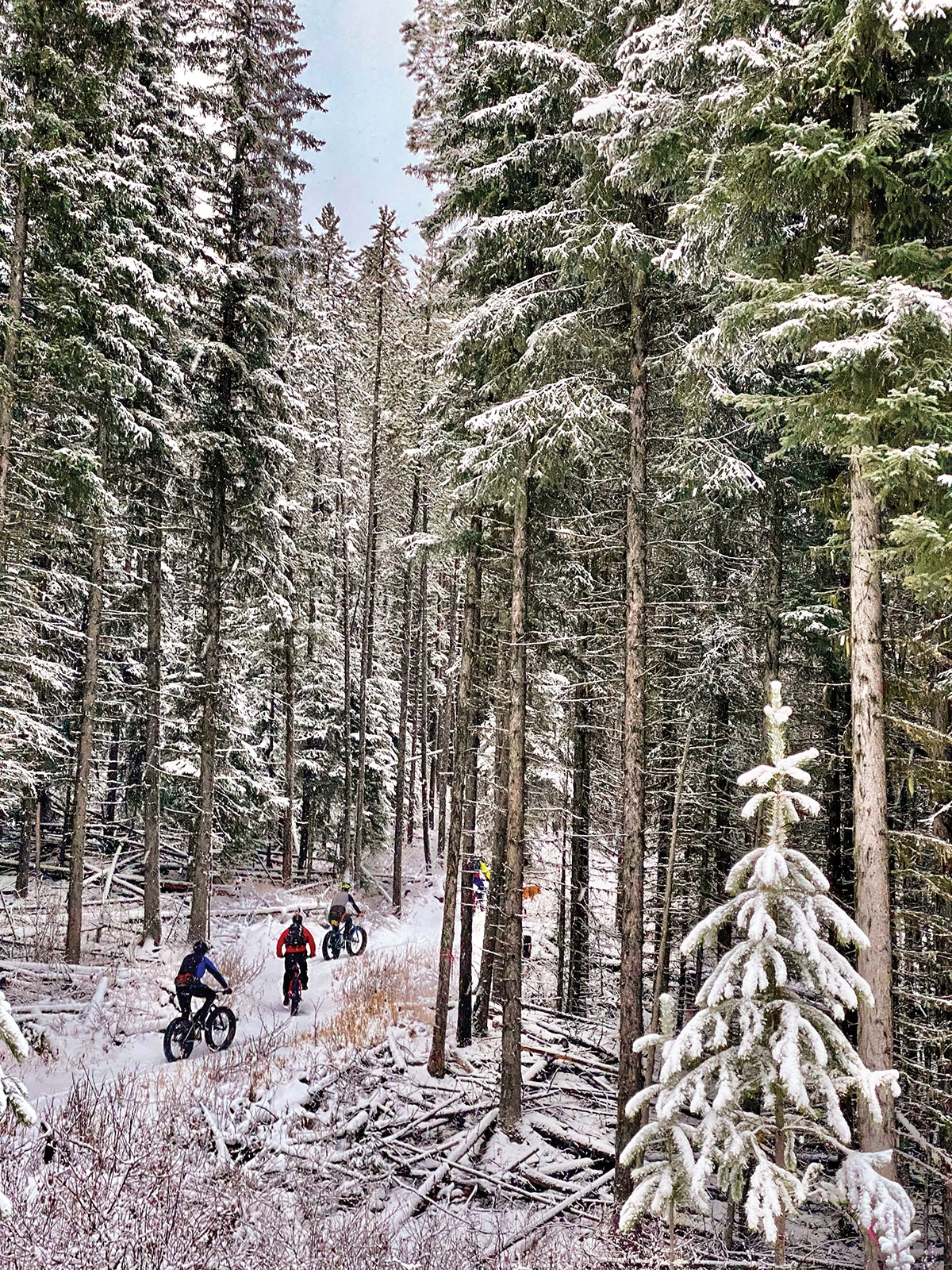 Jennifer King up above the snow line.

THE ESCAPE: BACK TO THE ROOTS WITH FRISCHI