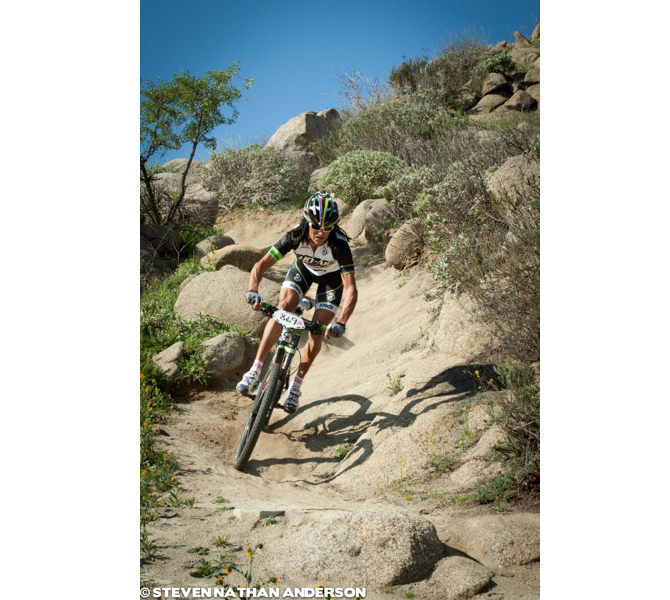 Few riders as legendary as Sho-Air/Cannondale’s Tinker Juarez still race week in and week out. Tinker is still pinning it and ended up second on the day in the men’s pro field. 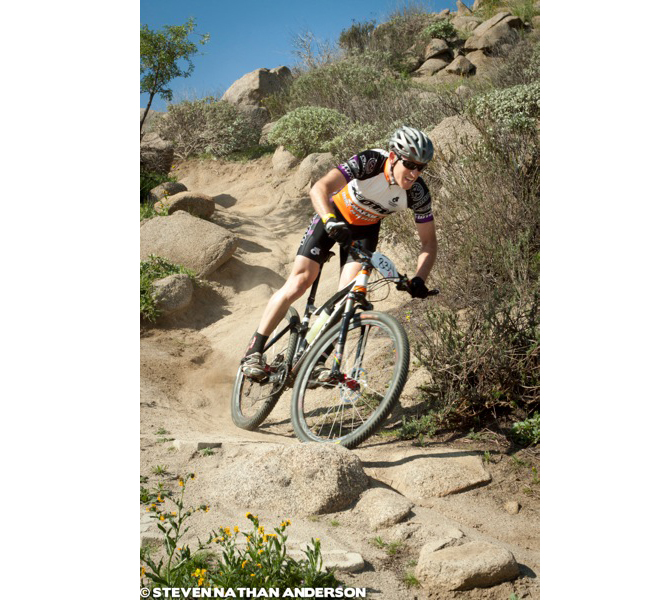 Kona’s Kris Sneddon took the win in the pro men’s field over Tinker and Barry Wicks. 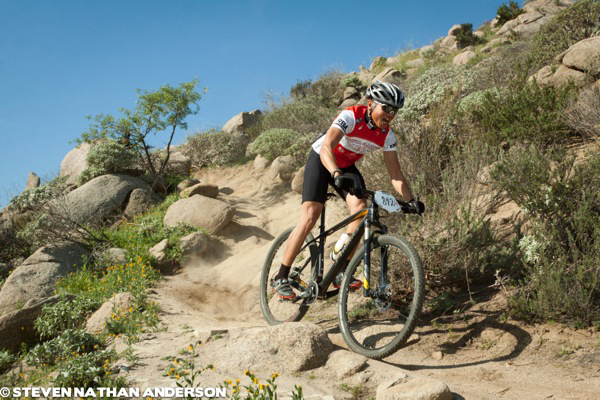 Southridge’s technical terrain doesn’t stop at the downhill and Super D courses, the cross country course has its fair share of challenging obstacles favoring riders not only with endurance but bike handling skills. 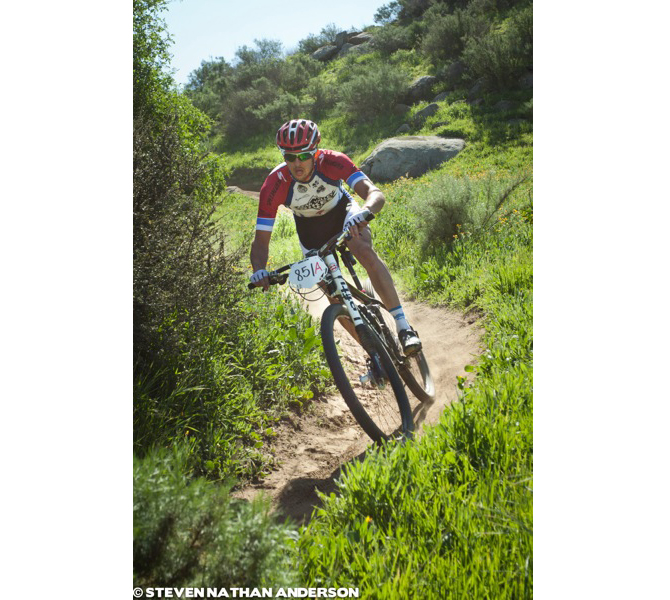 Connor Mccutcheon put in a solid ride for a sixth place finish in the men’s pro cross country race. 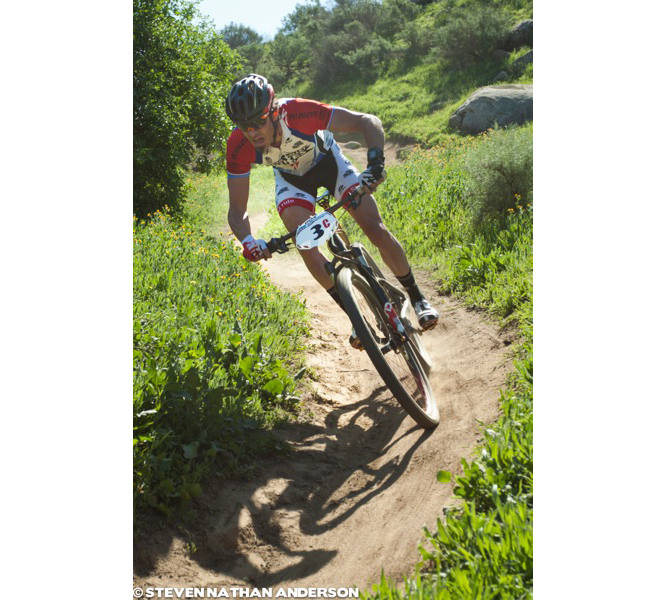 Bear Valley Bikes’ owner Derek Hermon is a usual suspect you’ll find toward the top of results sheets for So Cal cross country races. Derek rode to a convincing win in the Vet Pro class over Garnet Vertican. 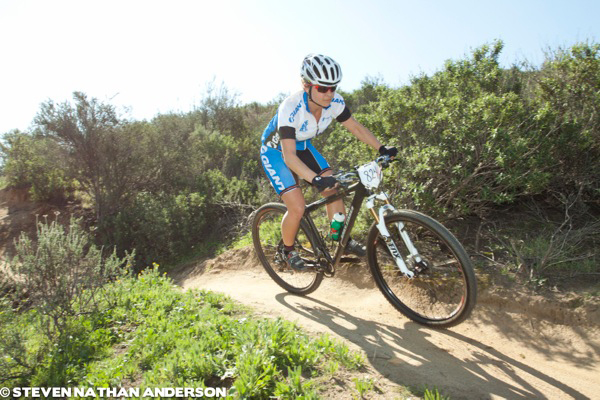 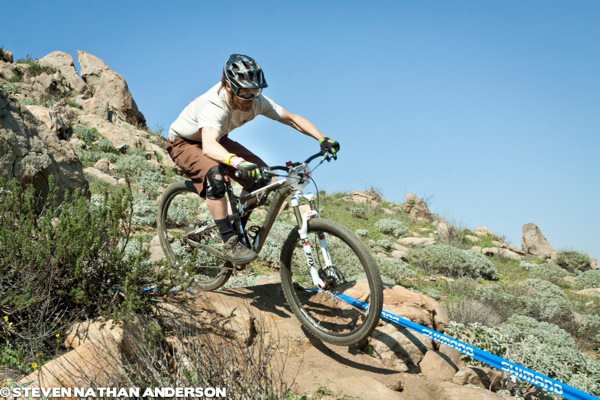 Waylon Smith is always a podium threat at Southridge, regardless of the discipline. He blasted his way to a win in the pro men’s Super D race on Saturday over former MBA test rider Jon Buckell and Troy Lee Design’s Jeremy Kneisly. 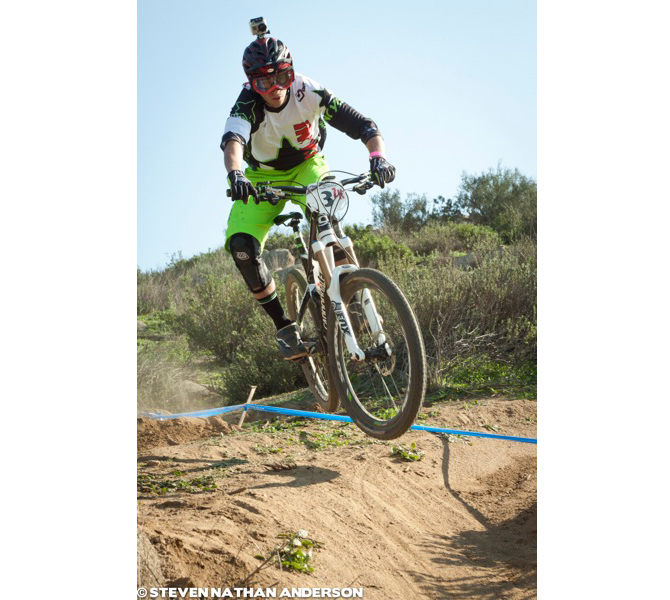 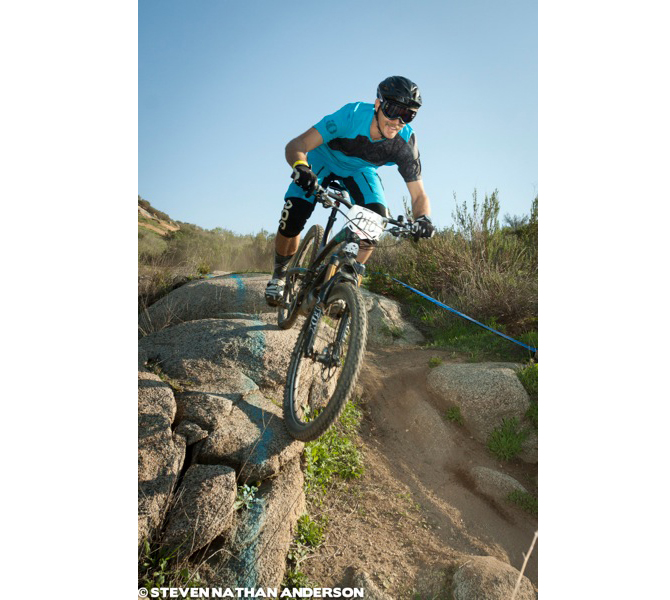 Super D not only mixes downhill and cross country skills on the bike but in riding gear choices as well. Goggles and half shell helmets is the choice of many riders. 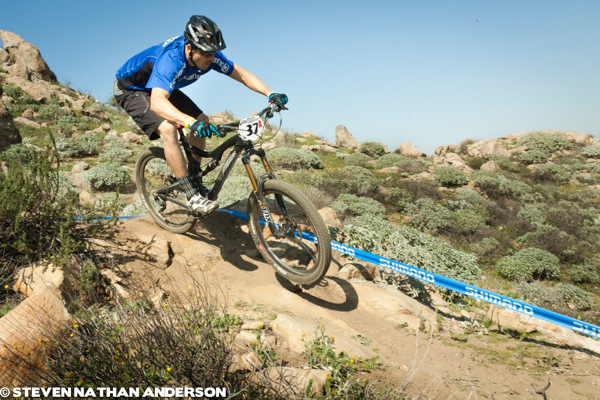 Joe Lawwill is a busy guy. Besides his day job as Shimano’s Mountain Bike Marketing Specialist, he helps design, organize and then competes in Southridge’s Super D races. As a former Vet Downhill World Champ he has plenty of skills to boot; taking home fifth in the pro men’s field on Saturday. 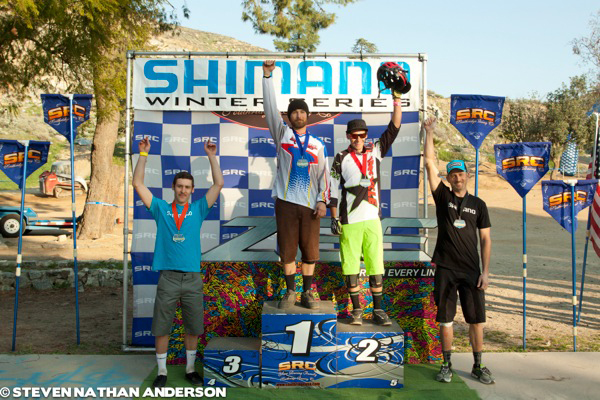