Photo of the Day: Christoph Sauser and Nino Schurter at the 2008 UCI World Championships 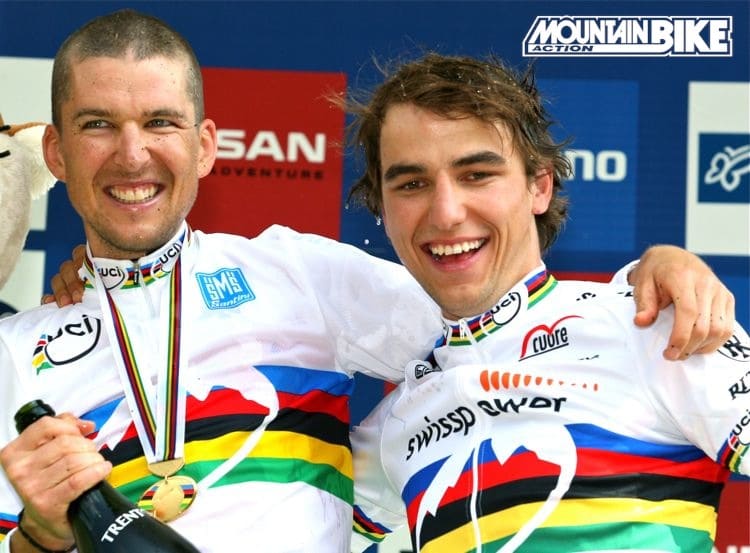 Swiss national teammates Christoph Sauser (left) and Nino Schurter (right) shared the podium at the UCI World Championships in Italy in 2008. Sauser had just won the Elite Men’s Cross-Country title, and Nino had just won the U23 Men’s title. If you look closely, you’ll see that Sauser is holding the bottle of champagne with which he just sprayed Nino (notice the drops falling from Nino’s hair). Incidentally, Slovakia’s Peter Sagan, now one of the world’s top road bike racers, won the Junior Men’s title at the same event. Jump ahead to July 2015  and you’ll find that Sauser has announced his retirement from racing in the past week and Nino has won three more World Championships in the Elite Men’s ranks. Sagan, meanwhile, is one of the top stars in the Tour de France. (Photo: JK/Mountain Bike Action)

Celebrating the Unsung Hero of the Modern Bike – The Chain