Photo of the Day: Classic Action at Whistler 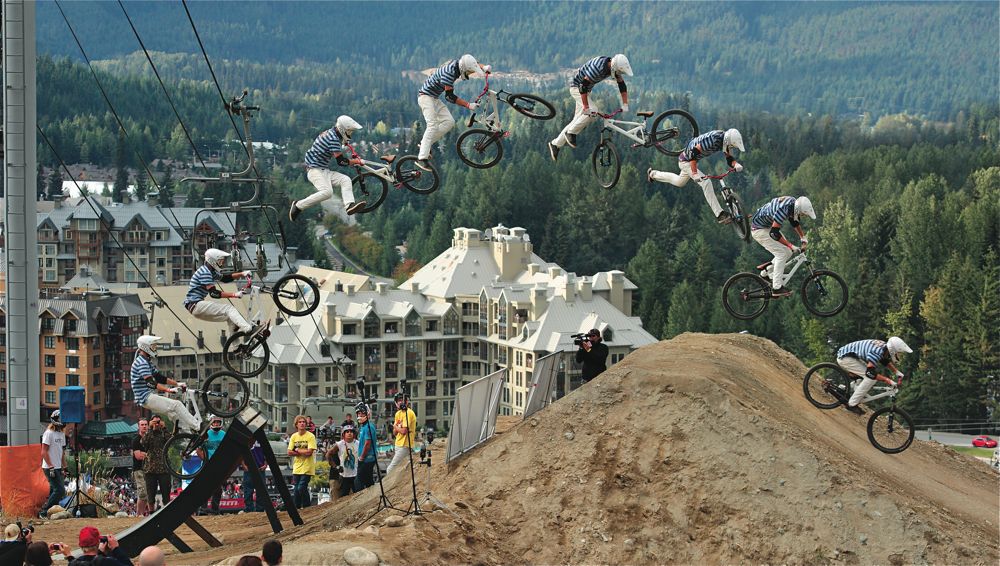 “Here’s a sequence I shot of Martin Soderstrom pulling off a textbook-perfect tailwhip
air at Crankworx in 2009. This shot ran in Mountain Bike Action a few months later.
Check the November 2011 issue of Mountain Bike Action (on newsstands now) to see
what kind of tricks the competitors were doing at the 2011 Crankworx competition.
“For a little historical background, I can still remember when Joe Johnson of Massachusetts
did the very first tailwhip air in competition, when he debuted it at a BMX freestyle contest,
sometime around 1988. I shot him doing the trick, but the move was so fast and so amazing
(and my camera’s viewfinder had gone black for a split-second as I shot the picture), that I
didn’t actually know exactly what he had done (until I got him to tell me a few minutes later).
I only knew that it was the most incredible freestyle trick that had been invented yet.
“By the way, I have to give Pat Carrigan, MBA’s resident Photoshop guru, much of the credit
for the photo above. He did all the hard work of putting all the individual motor-driven photos
together to create this single image. I had stood there on Whistler Mountain and pushed the
button on the camera for maybe two seconds. Pat spent maybe two hours putting the shots
together, then blending the edges, so it could run as a two-page spread in the magazine.”
?John Ker/Mountain Bike Action