Photo of the Day: Danny Hart Last Year and Rumors of 27.5 This Year 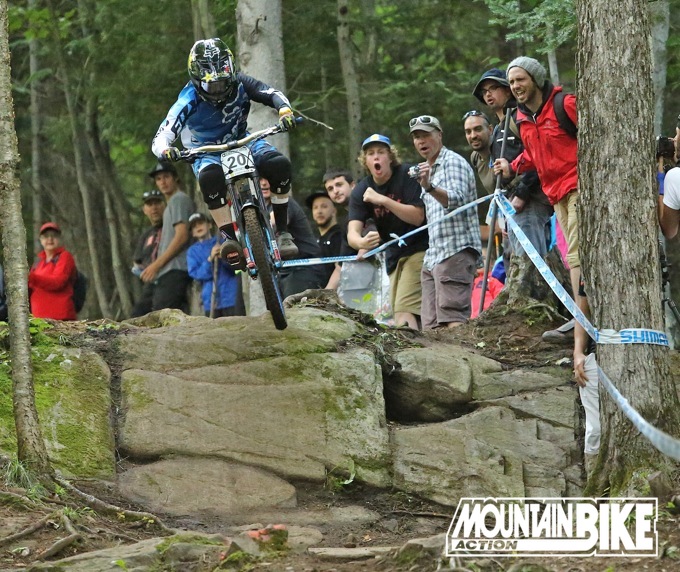 Giant downhill pro Danny Hart flies off a rock drop at Mont-Sainte-Anne, Quebec, in World Cup action from last August. We’re waiting for Giant to make an official announcement of what size wheels Danny will be racing in 2014. It’s rumored that he and the rest of Giant’s downhill team will be using 27.5-inch wheels on new, longer-travel frames. I’ve heard that Danny even put some photos up on his Facebook page that show this, but I have yet to confirm it.
Photo and caption: John Ker/Mountain Bike Action