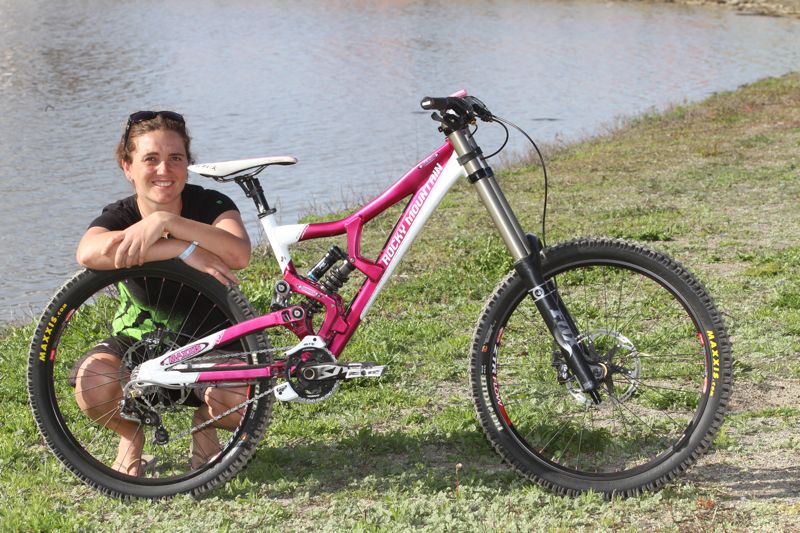 Here’s Sabrina Jonnier with her Rocky Mountain race bike, shot at the Sea Otter back in 2010.
We shot this for “Inside the Pros’ Bikes,” but we didn’t get the chance to feature her that year.
Sabrina’s always been a good friend, as well as one of the best riders in the world, so
we’re posting this photo of her just to let her know we still appreciate her. By the way, in
addition to her two World Championship titles, Sabrina has also won the World Cup downhill
series title five times!
Photo by John Ker/Mountain Bike Action

Photo of the Day: Bryson Martin Jr. at Whistler, B.C.

Photo Of The Day: The Long Days Of Summer Are Upon Us

Photo Of The Day: Clarice Sayle Is All Smiles