Photo of the Day: Jaro and Nino at Mont-Sainte-Anne 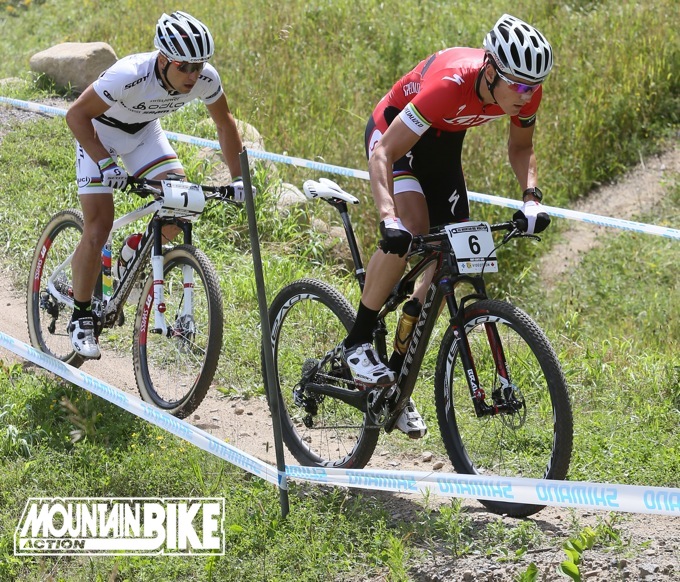 Jaroslav Kulhavy leads out the Elite Men’s class at Mont-Sainte-Anne, with Nino Schurter right on his wheel. Kulhavy won the World Championship in 2011 and the Olympics in 2012, while Nino won the Worlds in 2009, 2012 and 2013. Neither of them won this day, though. Jaro faded, Nino flatted, and four-time World Champ/two-time Olympic champ Julien Absalon took the win. Racing is tough at this level.
Photo: John Ker/Mountain Bike Action


Mountain Bike Action is a monthly magazine devoted to all things mountain biking (yes, that’s 12 times a year because we never take a month off of mountain biking). It has been around since 1986 and we’re still having fun. You can start a subscription by clicking here or calling (800) 767-0345. Also available from the Apple Newsstand for reading on your iPad, iPhone or iPod Touch.

Wings For Life World Run May 4th: A Worthy Event For A Great Cause

Photo Of The Day: Been On Edge Lately?

Photo Of The Day: Intense Sighting