Photo of the Day: Leap of Faith 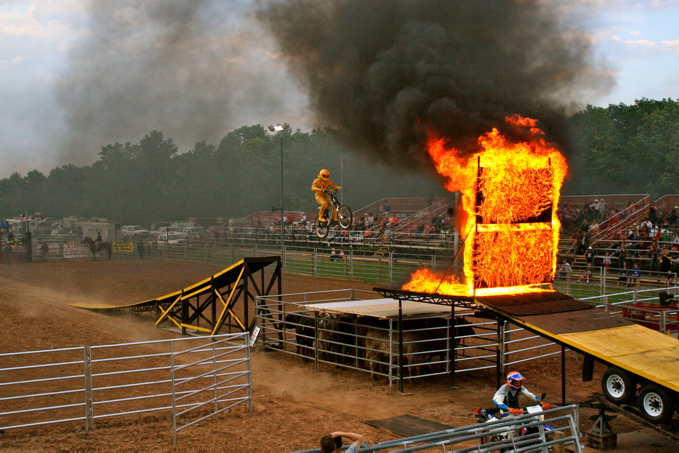 John “Mercury” Morgan jumps over a herd of cattle and then through a flaming wall
in a rodeo stunt show. I met Merc about 25 years ago when he was working for Ringling
Brothers and Barnum and Bailey Circus, and I got to photograph him jumping his BMX
bike over elephants in the circus as part of a freestyle BMX show. He’s now a Christian
minister and he uses his daring bike stunt shows as a way for him to share his strong
Christian faith with those who come to see him. He now does his stunts on a mountain
bike instead of a BMX cruiser.–John Ker