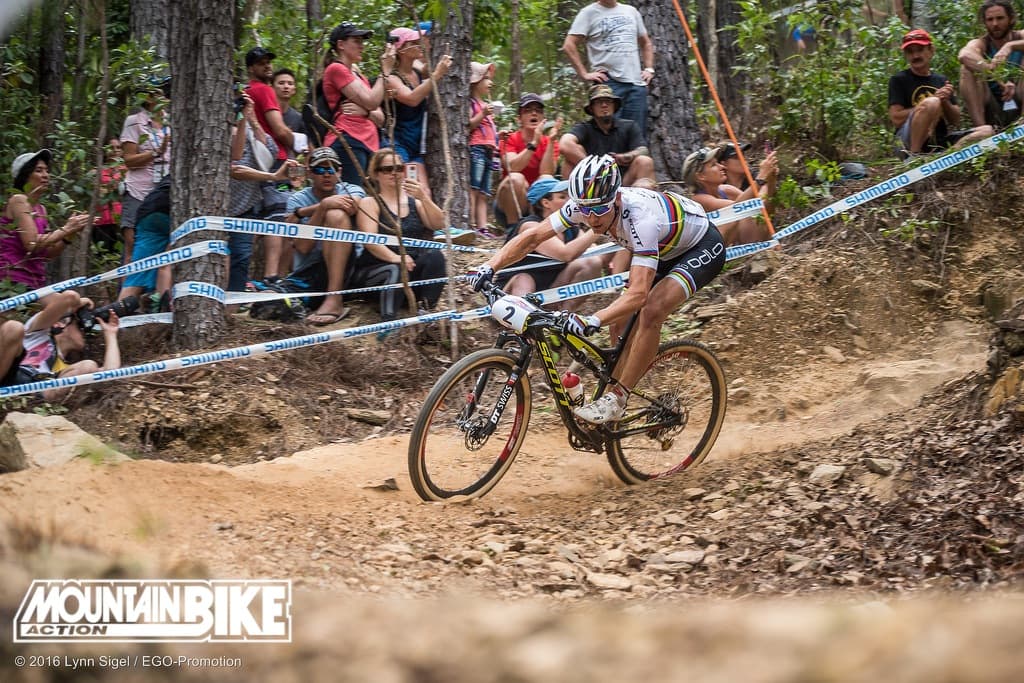 The 2016 World Cup series concluded Sunday in Vallnord, Andorra. The question to be settled was whether 2016’s World and Olympic champion Nino Schurter (shown here) could earn his fifth World Cup series title. As it turned out, Nino crashed, flatted and finished 13th, while Julien Absalon won the race and his seventh World Cup series title, further cementing Julien’s status as the most successful cross-country mountain biker in history. Nino and Julien each have five Elite Men’s XCO World Championship titles so far; Julien has two Olympic gold medals to Nino’s one, and Julien has seven World Cup titles to Nino’s four. Julien is reportedly retiring at the end of this year while Nino is reportedly planning to keep racing mountain bikes a few more years. If he does, we would bet that Nino will be looking to beat Julien’s records every chance he gets. On the women’s side of the equation, Catharine Pendrel took third in the final World Cup race of the year to win her third overall World Cup series title. Photo: Lynn Sigel/EGO-Promotion

The Norco Optic- A bike built without compromise