Photo of the Day: Tough Competition 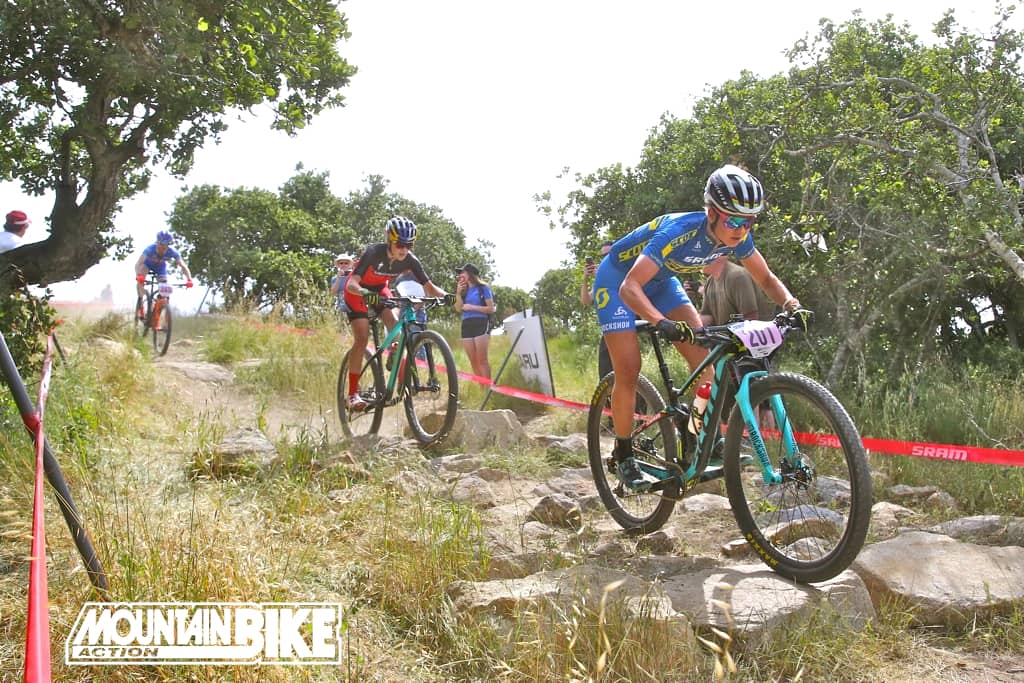 Back in April, Sweden’s 2016 Olympic champion, Jenny Rissveds (201), and Kate Courtney (center) battled for the win in the Sea Otter’s elite women’s cross-country race. Courtney won that round, and she’s been having an incredible year ever since. Jenny won a gold medal in the mixed team division at the Cape Epic and she also won the short track title at the Sea Otter, but she hasn’t been a major factor at many other races this year. We’re now waiting to see who the top contenders will be in the women’s ranks at the XCO World Championships this weekend. Kate will likely be competing in the U23 ranks, but the official word now is that Jenny won’t be racing this weekend. Photo: JK/Mountain Bike Action