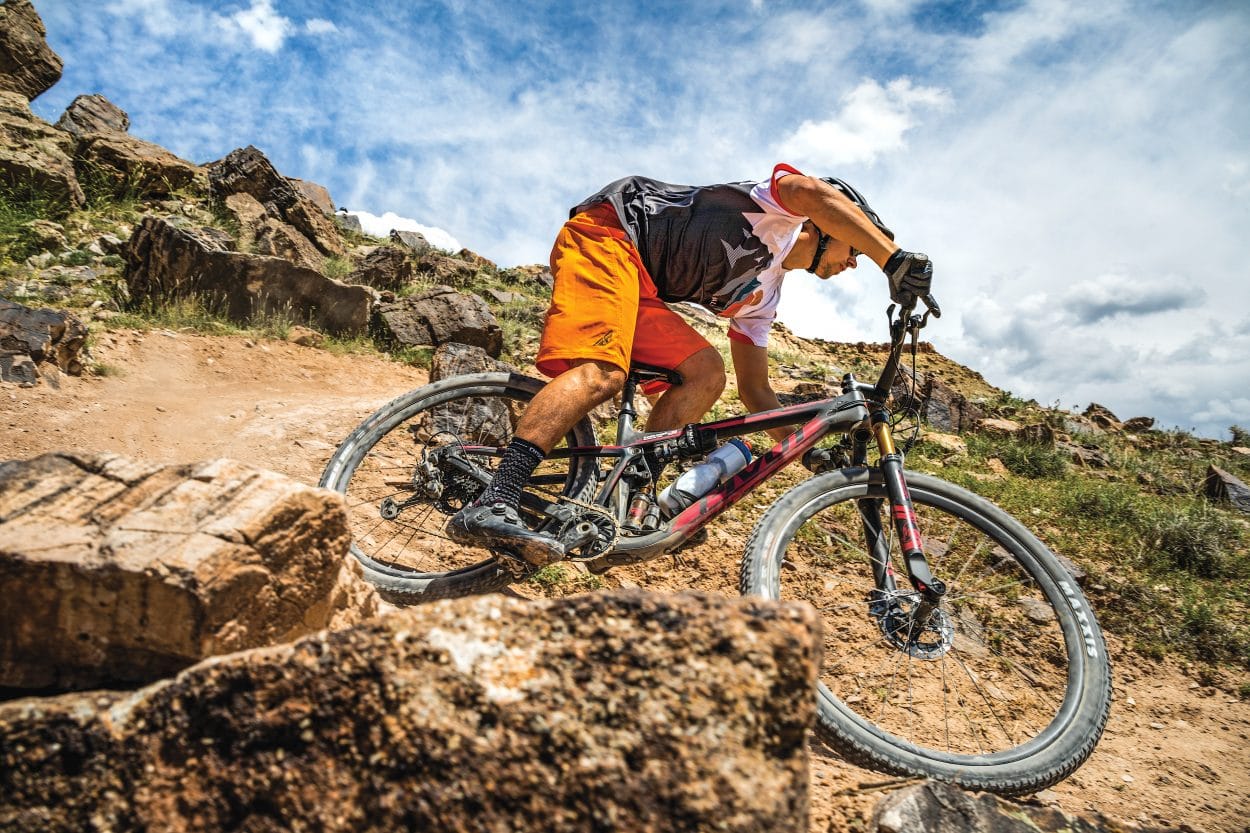 The all-new Mach 4 SL carves turns with precision and control.

The growing popularity of cross-country racing has not gone unnoticed by Pivot Cycles. While the company has released several heavy-hitter bikes over the past year, you simply can’t judge a book by its cover. In fact, Pivot had been making great strides behind the scenes developing an XC rocket ship capable of putting elite riders at the top of the podium. Case in point: Chloe Woodruff earning her first World Cup win in the Czech Republic just a week after Pivot’s new race weapon was launched. 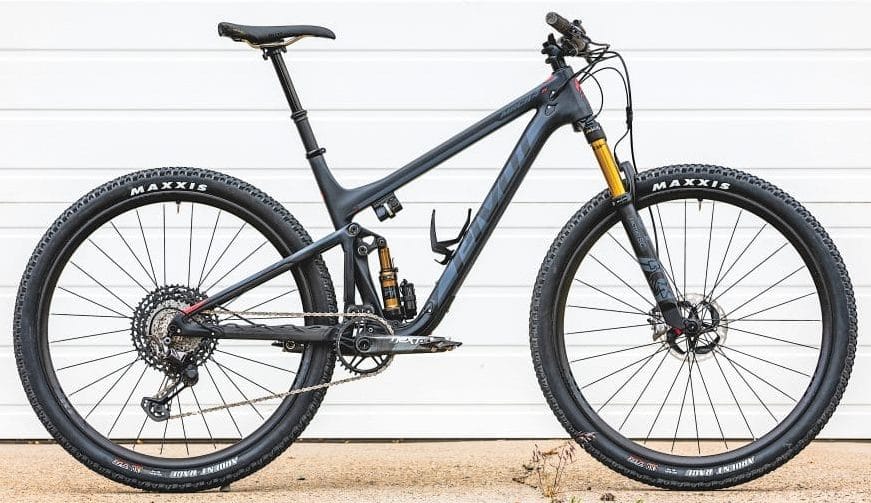 A close look at the top tube reveals the battery that powers the Fox Live Valve system.

The 429 was Pivot’s first full-suspension 29er, introduced in 2009. An all-new Trail 429 model was added to the lineup just last year, offering an aggressive all-around trail bike able to handle the rigors of everyday riding. This year Pivot combined the playful nature of its Mach 4 with the race capability of the 429 SL. Thus, the Mach 4 SL was born—a bike that holds the promise of redefining the cross-country category. 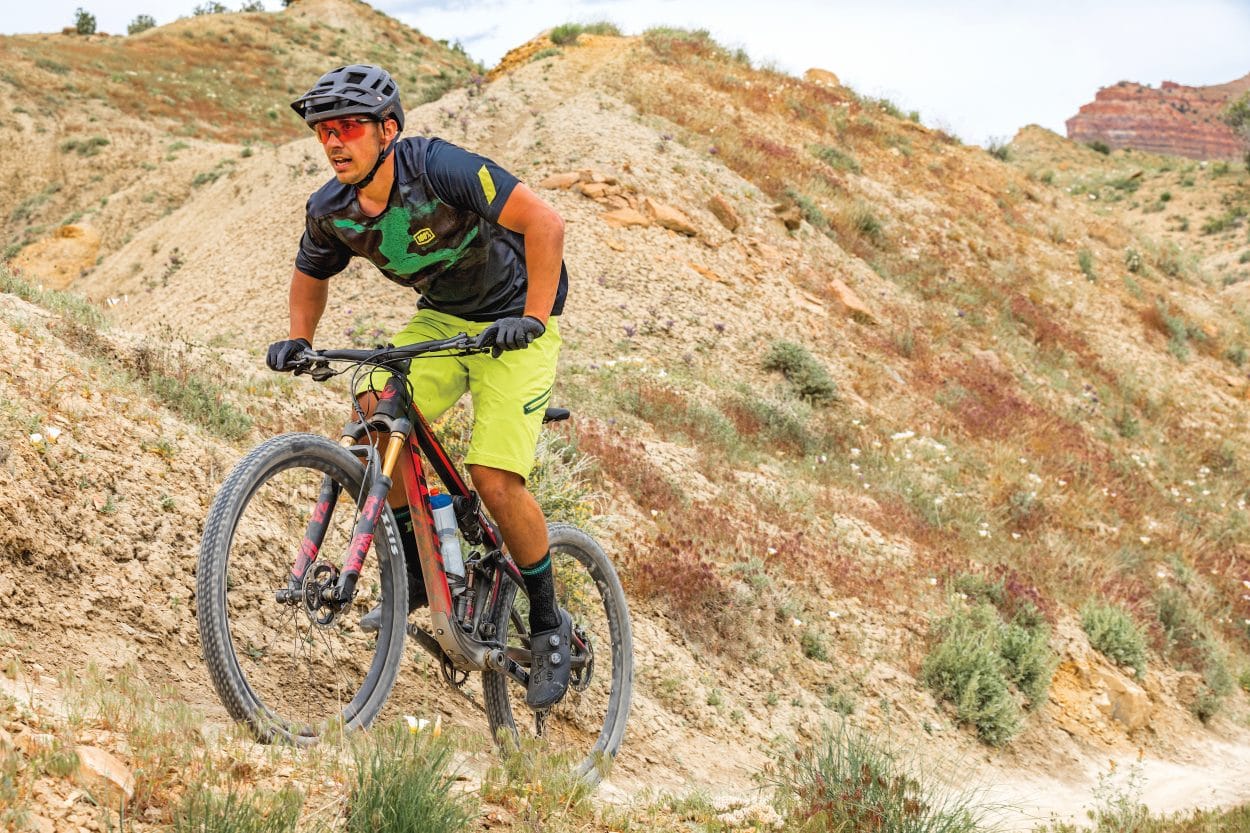 Out of the saddle the Mach 4 SL offers a solid pedaling platform, encouraging riders to charge up the trail.

The Mach 4 SL will replace both the Mach 4 and 429 SL models in Pivot’s lineup. Keep in mind the new Trail 429 is here to stay. The Mach 4 SL is built around 100mm of dw-link suspension, along with the option of a trail-friendly 120mm-travel fork or a pure race-ready 100mm option. The frame sheds 300 grams (.66 pounds) from the last-generation 429 SL frame. Additionally, a vertical shock was implemented to offer more water bottle clearance, better manage stand-over height and to improve integration with Fox Live or remote lockouts. Surprisingly enough, even with the 29-inch wheels, Pivot was able to reduce standover height on this new model over the old 27.5-inch Mach 4. 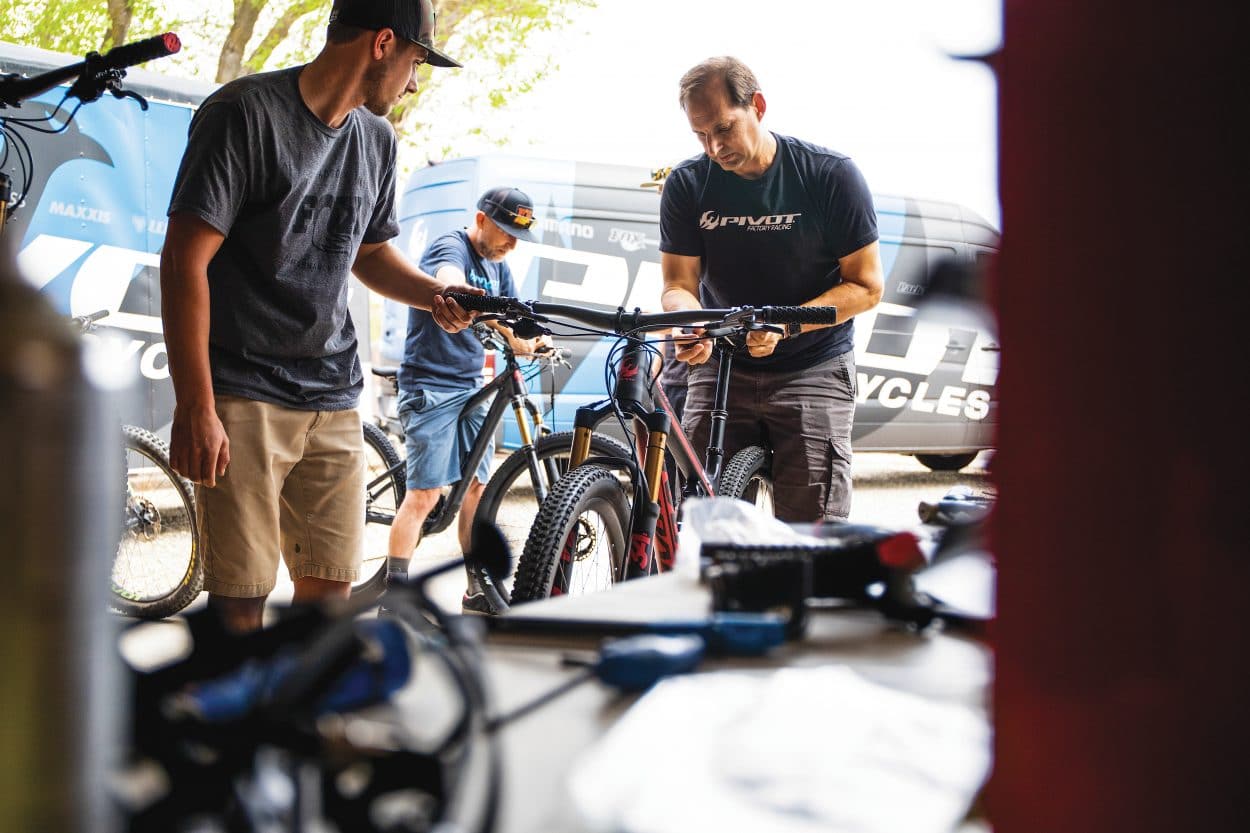 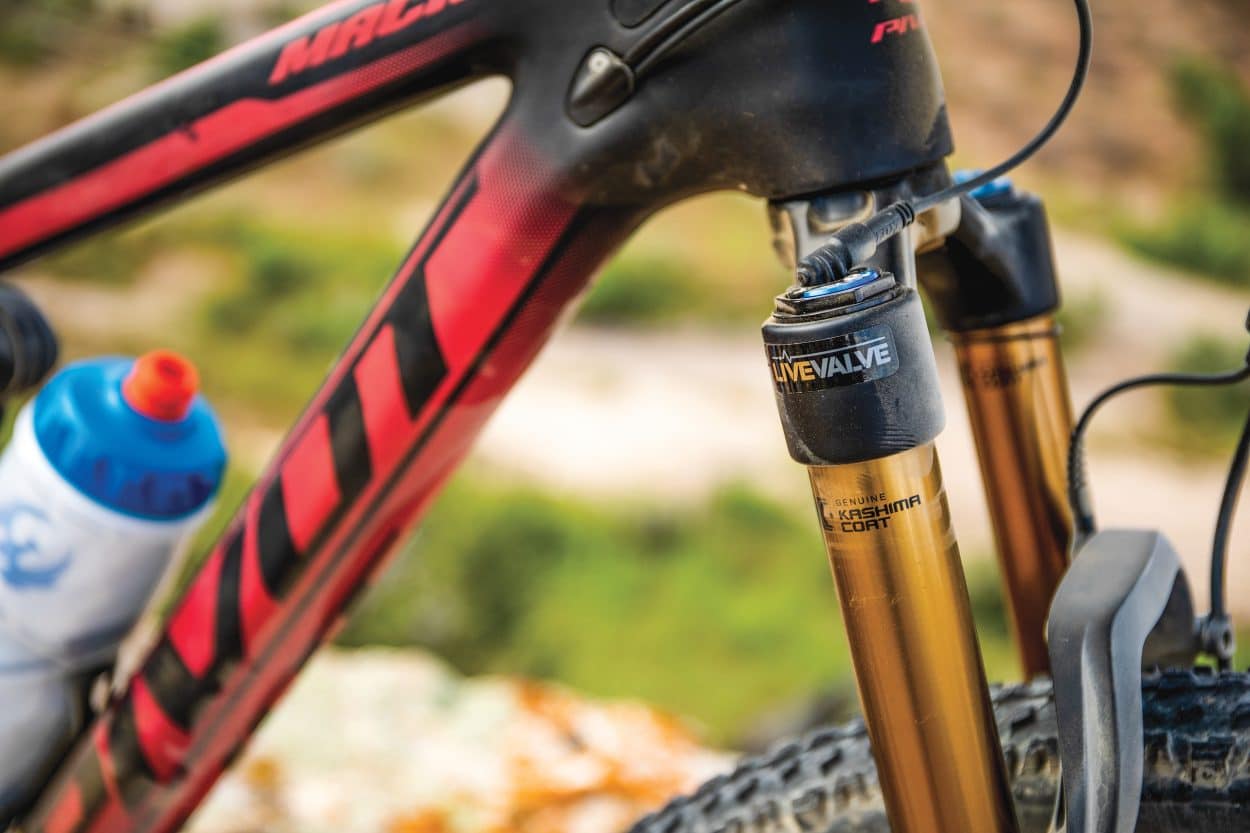 • Progressive XC geometry for the most demanding World Cup courses 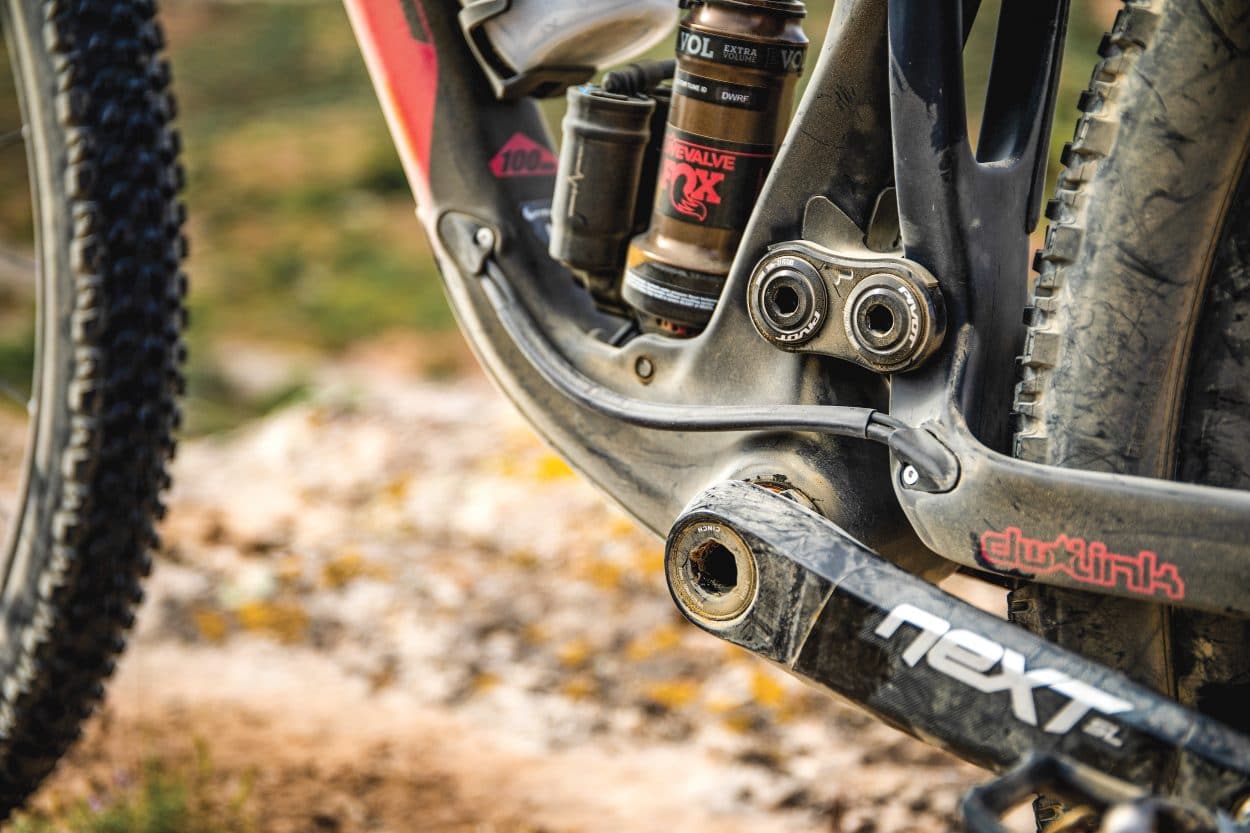 The Fox Live Valve is a game-changer, taking all the thinking out of your suspension and letting you redirect that attention towards shredding. The system monitors terrain at a rate of 1000 times a second and makes suspension adjustments in as little as 3 milliseconds—100 times faster than the blink of an eye. 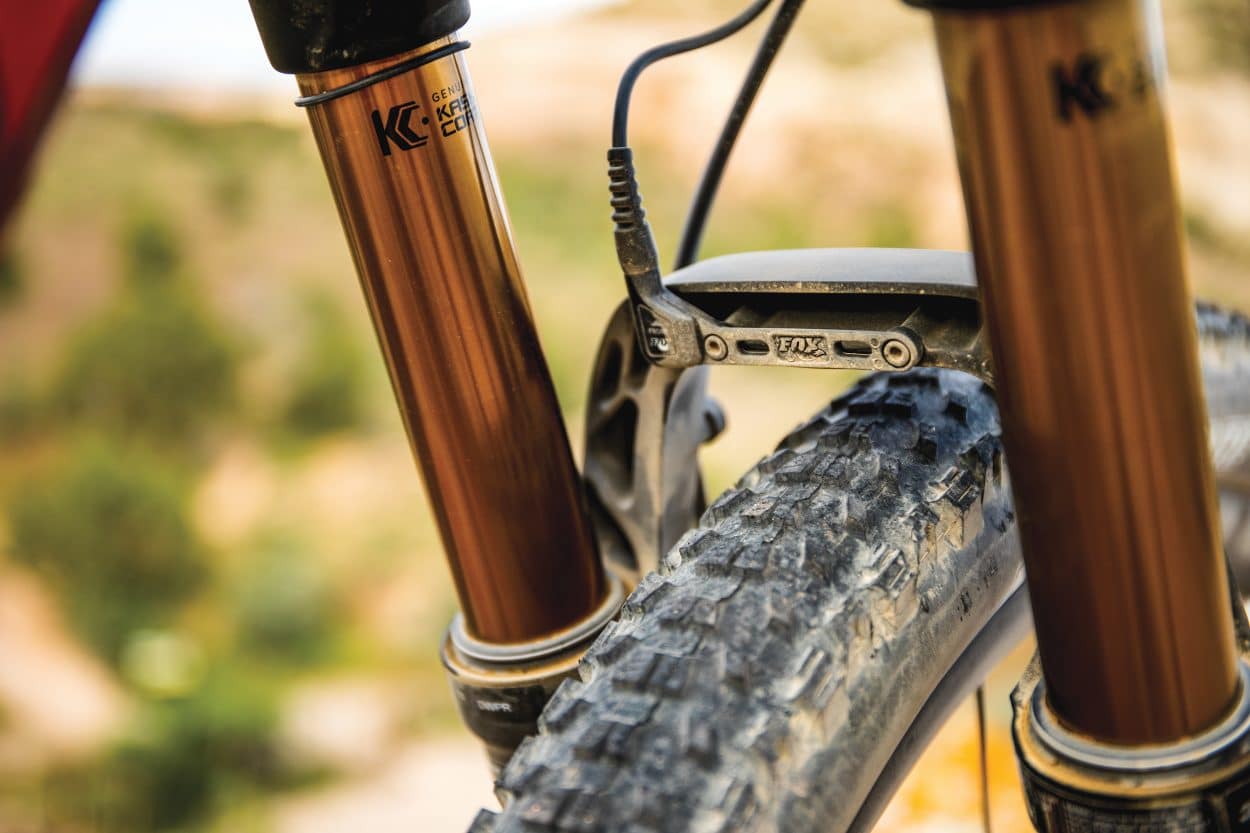 Pivot offers the Mach 4 SL with either a cable-actuated remote lockout for both the fork and shock or with the highly advanced system known as Fox Live Valve. Developed by Fox Shox, Live Valve is an electronic suspension system capable of automatically adjusting your suspension 480 times an hour. Opening or closing your shock can be done in a mere 3 milliseconds, which is said to be 100 times faster than the blink of an eye. In fact, the same system is used on Ford Raptor trucks and Polaris RZR UTVs. In Pivot’s lineup, Live Valve adds $1900 to the overall cost of the bike; however, thanks to the efficient platform, Pivot was able to give bikes with the Fox Live system a lighter suspension tune. This means the bike is a bit more plush in the open setting, resulting in increased downhill performance.

During climbs, Fox Live firms up the suspension, offering an excellent pedaling platform for optimal efficiency. It’s actually quite hard to tell how much help Fox Live offers until you try to do a few laps with the system turned off. It basically places your suspension in the perfect setting without rider input. There’s no need to flick levers or switches; just go out and ride. Fox Live is a true game-changer, but the additional cost might be hard to swallow. With that said, Pivot’s optional upgrade is about half the price of a complete Live Valve system (including a fork and shock) purchased directly from Fox. If you’re ever on the fence between doing a carbon wheel upgrade or getting Fox Live Valve, we’d suggest going with the benefits of Live Valve performance. 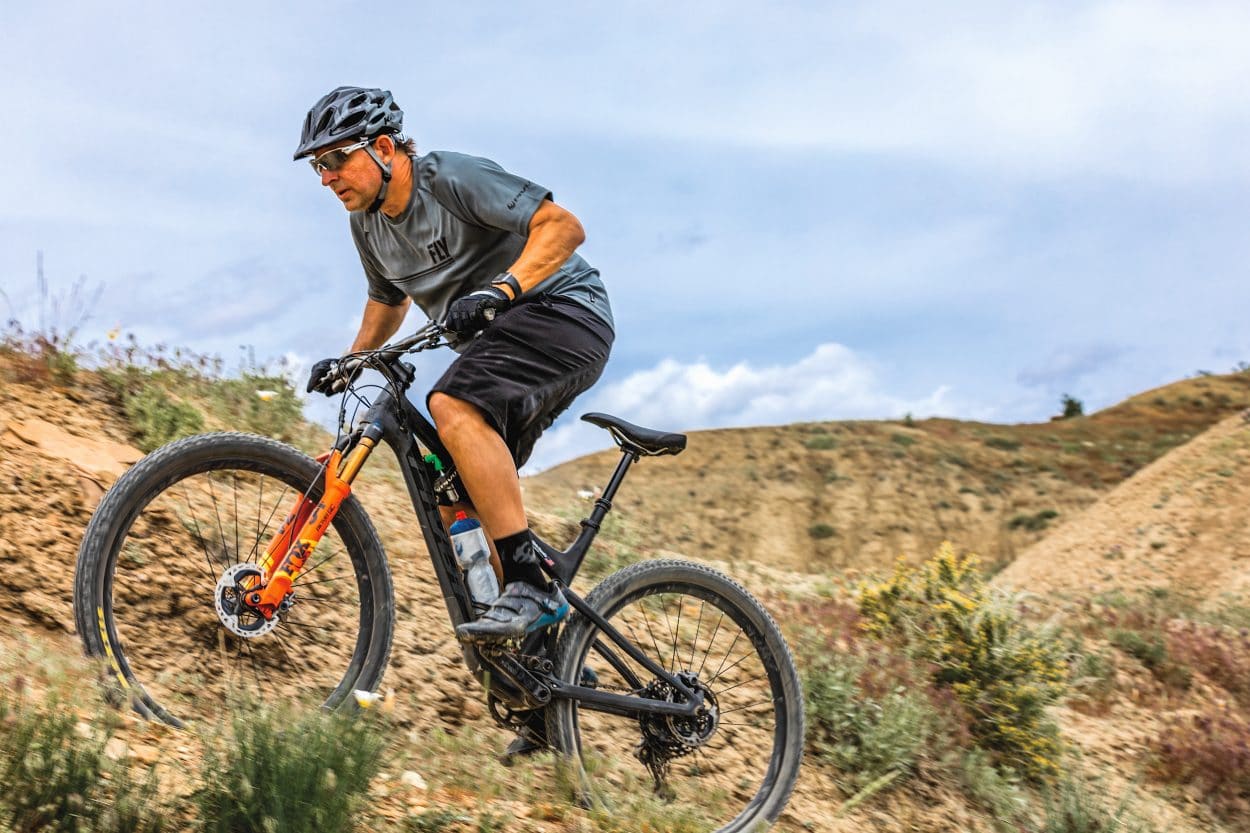 Pivot’s CEO, founder and head honcho Chris Cocalis put the Mach 4 SL to the test over a series of steep climbs.

The Mach 4 SL we rode had a relaxed trail bike feel thanks to the 120mm-travel Fox Step-Cast fork and trail-friendly cockpit. We didn’t have the chance to spin around on the World Cup model, but we would guess that bike offers a more race-oriented feel. Nevertheless, the model we rode didn’t shy away from cross-country performance. In fact, its added capabilities on the descents caused our test rider to charge that much harder up the climbs, knowing he wouldn’t have to tame his riding style when the trails became fun. Tossing the Mach 4 SL around like a trail bike is no problem; actually, it’s encouraged.

The Mach 4 SL balances the diverse needs of the modern cross-country racer; it can be competitively raced on a short-track course one weekend or at an epic endurance race the next. It’s the right combination of comfort, control and speed that makes the Mach 4 SL such a pleasure to ride. 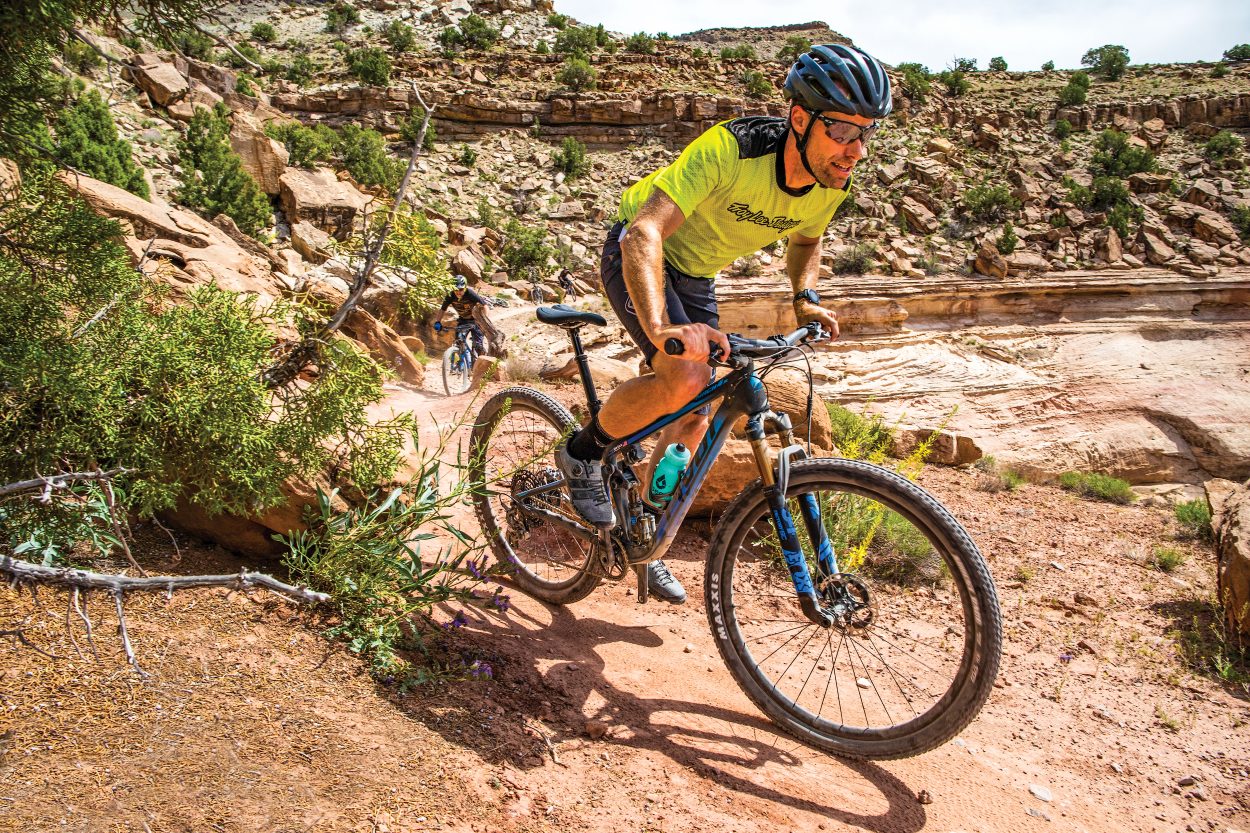 Ron Koch from Pivot Cycles putting the Mach 4 SL through its paces.

We had the opportunity to ride some of Fruita and Grand Junction’s prime locations, giving us a great feel for what the Mach 4 SL can do, but to really give our full impression, we will need more time with this speed demon on our local trails. Wink wink, Pivot, we’d love to see one of these in our garage soon. Stay tuned for a full wrecking crew review of Pivot’s new XC racer in an upcoming issue of Mountain Bike Action.

Meet The Riders And Their Rides: Russell Finsterwald