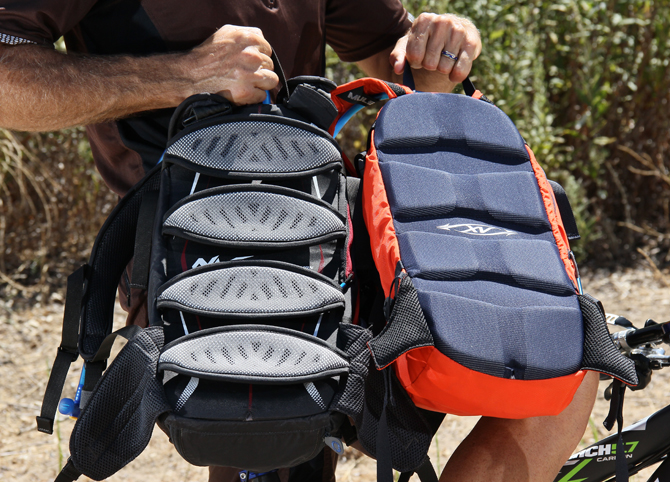 Tech features:
While both packs are of similar size and capacity, they each have a distinctive look. The M.U.L.E. has a lean, mean appearance, while the M.U.L.E. NV looks to be packing a lot more add-ons (because it is). The shoulder straps use CamelBak’s Dynamic Suspension (they adjust to your shoulder width), there are waistband pockets, and hidden in the bottom is a rain cover. The biggest difference is the Next generation Ventilated Integration System (N.V.I.S. for short), which looks like four suction cups between the pack and your back. That’s what they look like, but they are actually vented pads holding the pack off your back so air can flow between you and your pack.

Both packs use CamelBak’s 100-ounce reservoir with Quick Link System, a patented Big Bite valve and PureFlow tube. The NV has slightly more storage capacity, with 671 cubic inches versus the 580 cubic inches of the M.U.L.E., and both packs are backed by a lifetime guarantee. Our M.U.L.E. weighed 1 pound 11 ounces, while the NV was 2 pounds 4 ounces. 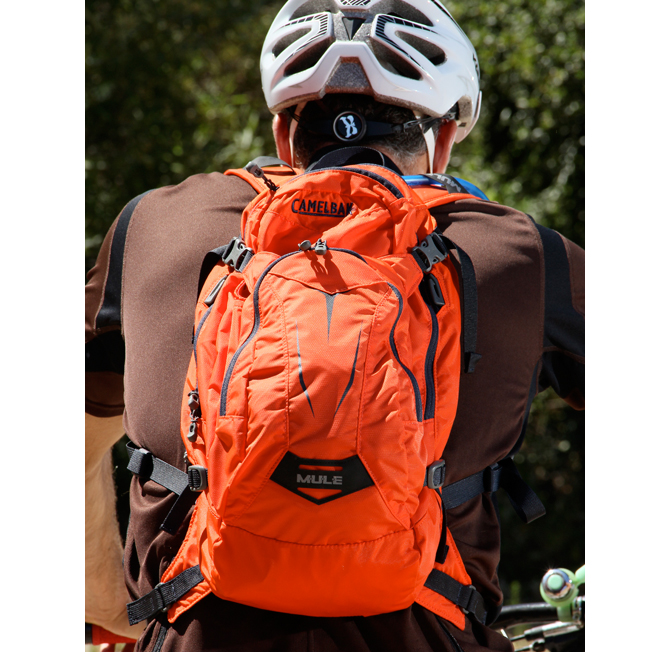 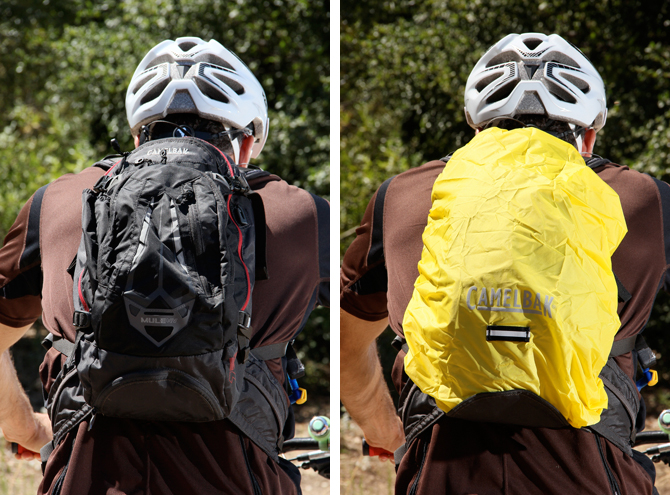 Field test results:
Old-timers will remember how hard older CamelBak reservoir caps were to unscrew. Not anymore. The reservoir used in these packs is easy to add fluid to and easy to clean because of the large cap that seals perfectly and is easy to unscrew. The reservoir slides in and out of either pack easily, and the hose has a quick-release mechanism if you want to remove it. The bite valve flows nicely and can be locked, so you won’t find a puddle in your gear bag. Best of all, the reservoir had zero plastic tasteeven when brand new.

Both packs offer plenty of inside pockets to organize your spares, camera, phone, food, first-aid kit, maps and anything else you would need on any length ridefrom a few hours to an all-day epic adventure. 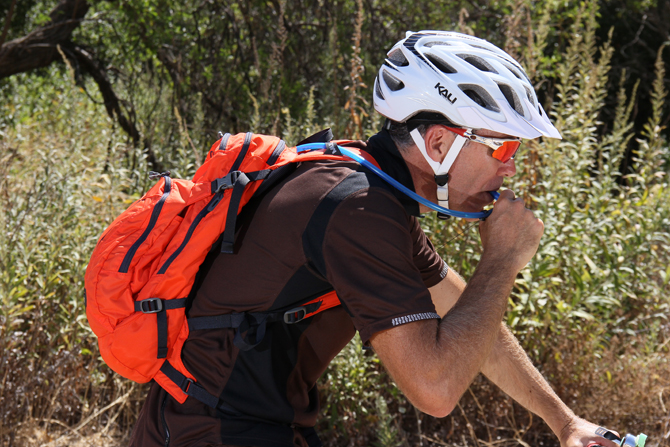 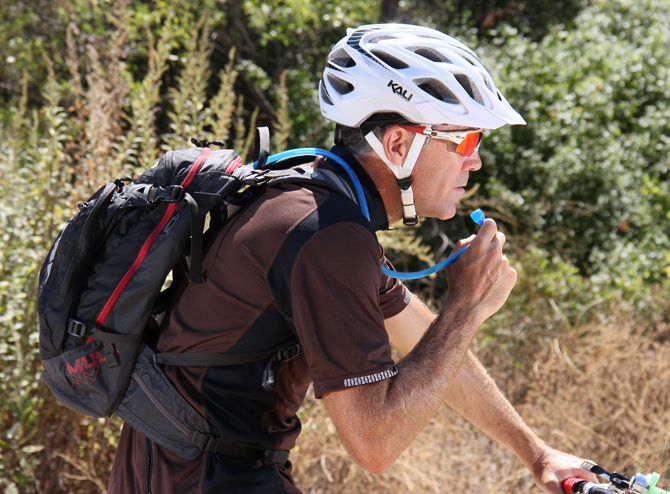 Camelbak M.U.L.E. N.V. Notice how it sits raised off the back of the rider in comparison to the traditional M.U.L.E. model.

The differences between our two competitors become obvious on the trail. The M.U.L.E. fits closer to the rider, and the difference can be felt the more aggressively you ride. On steep descents and while jumping, the M.U.L.E. feels like it is part of you. The M.U.L.E. NV feels more like a passenger. One observation: all that N.V.I.S. padding would probably be great if you land on your back, although CamelBak makes no protective claims about the pack.

Does the M.U.L.E. NV’s N.V.I.S. work? The airflow system probably works in a test lab or if we rode bare-back (that’s a scary thought), but our jersey was sweaty at the end of a hard ride no matter which pack we were wearing. Even if we could feel a slight reduction in heat, the secure feeling of the M.U.L.E. over the M.U.L.E. NV is not something we would give up. The M.U.L.E. still rules.

Video: Throw on the Studded Tires and Hit the Winter trails with Specialized’s Matt Hunter