Hayes has a long history with mountain bike brakes but has been relatively quiet over the last several years. Other brands have been pushing new product at a rapid pace, but there has still been plenty of room for improvement in terms of quality control and consistency. Hayes hasn’t been in hibernation by any means; instead, the company has been busy working on a new set of brakes that they hoped would prove to be reliable and consistent. Hayes sent us a pair of its new Dominion A4 brakes for a long-term review. After riding them through the hottest of summer days, we felt confident giving these brakes a solid verdict. 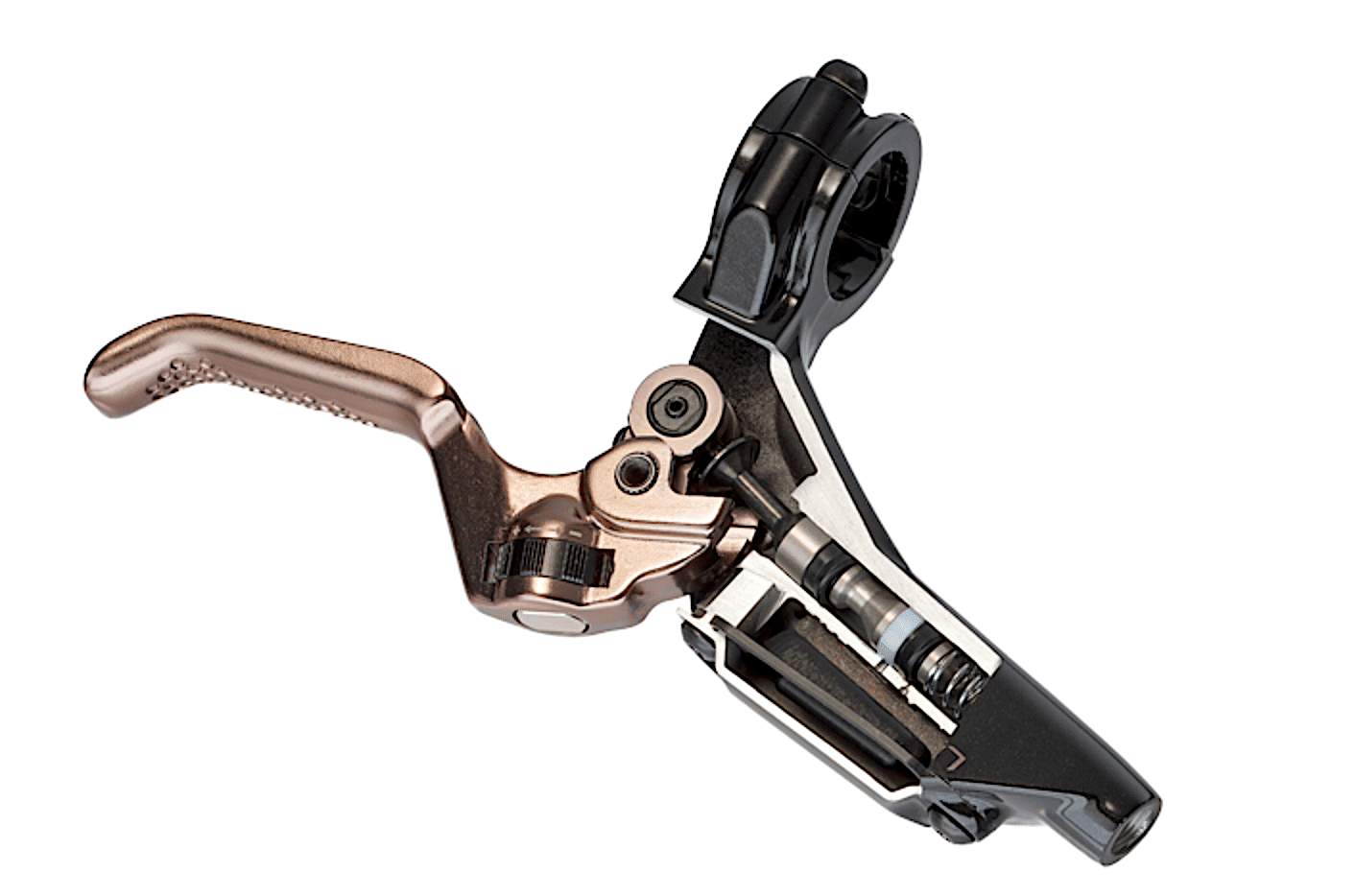 To develop the Dominion, Hayes started with a blank slate with no final production date for the engineering team. This allowed Hayes’ engineers to focus on the finer points of the Dominion and make sure that the final version of the brakes was spot-on. Starting with the cali- pers, Hayes used four pistons for maximum stopping power but also made sure the brakes were strong enough for everything from trail to downhill use. There are several clever bits designed around the Dominion calipers, with one of the more notable being the Crosshair caliper alignment system. 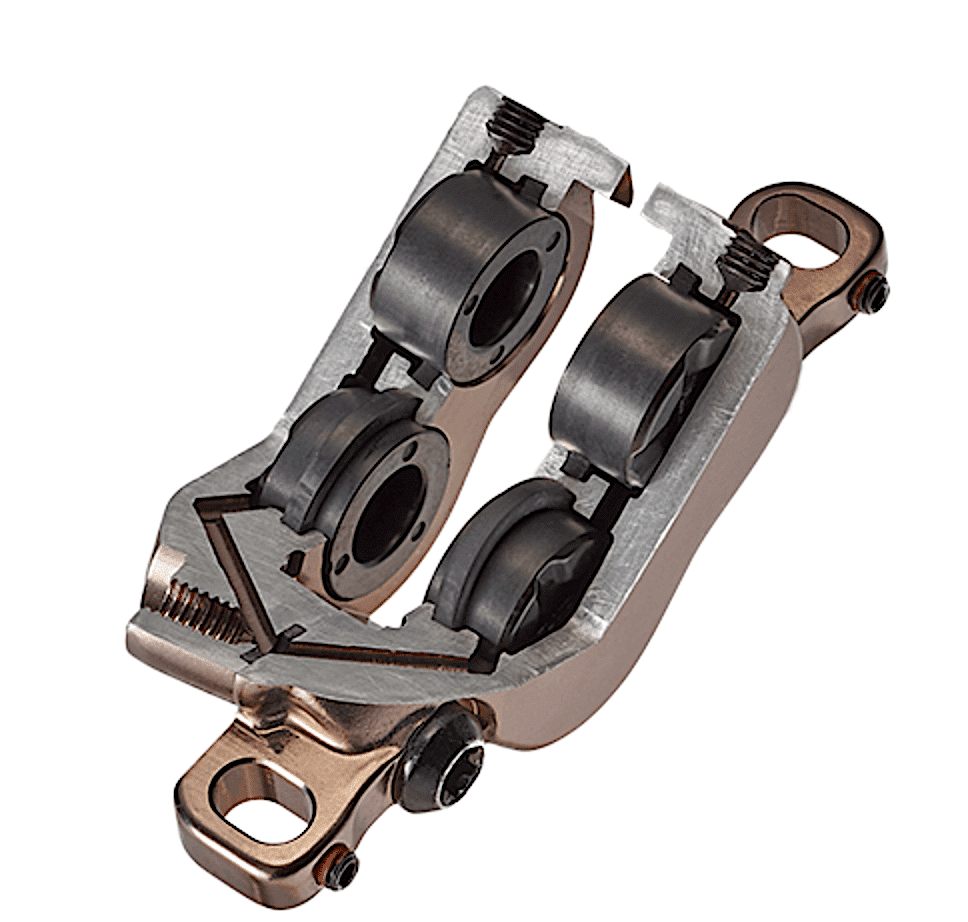 Basically, Hayes used tiny set screws to allow riders to make micro adjustments to the caliper alignment in relation to the rotor. In other words, it’s a lot easier to make sure your caliper won’t rub the rotor. It’s not uncommon for air to get trapped in the caliper. To prevent this, Hayes used its Two-Stroke design, which uses two separate bleed ports on the caliper. There is plenty of magic in the Dominion calipers, but the levers shouldn’t be overlooked. Aesthetically, the cylinders and levers have a burly look with some unique lines that make the brakes look somewhat modern. Inside the cylinders are glide rings to help keep the internal friction lower to allow for a smoother lever feel. Along with the glide rings are ball bearings at the lever blade pivot, adding to the smooth feel and actuation. There is also an easy-to-use reach adjustment to dial in the position of the lever.

The calipers and levers got some massive overhauls, but Hayes also developed an entirely new rotor around the new brakes. The rotors are 1.95mm thick and were designed specifically to cancel out any vibrations from the braking forces. The Dominion A4s have a retail price of $310 per side without rotors. 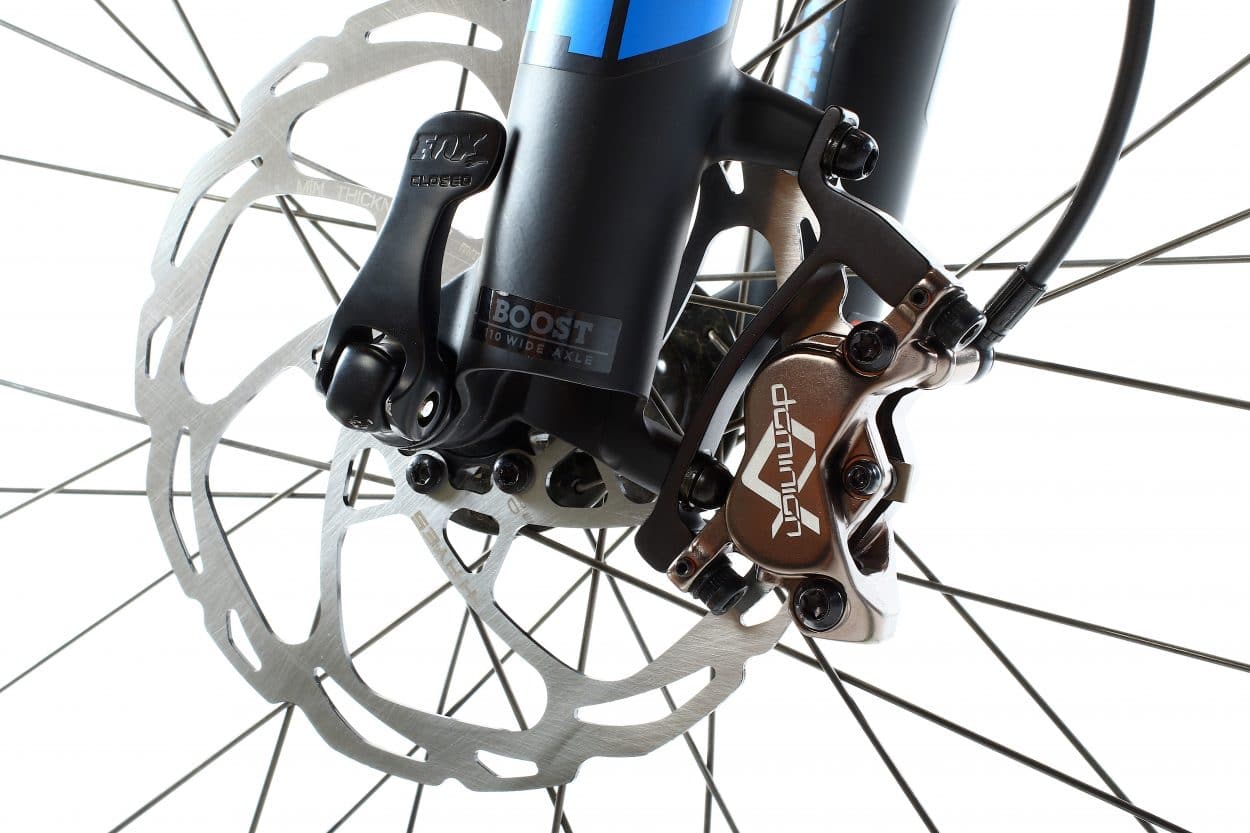 Bleeding the system was straightforward, and we appreciated the two bleed ports on the caliper to get out any trapped air. Once the system was bled, we were seriously impressed with just how smooth and easy the lever throw was on the Dominions. The levers are designed for two-finger braking, but they aren’t so over- sized that one finger doesn’t feel natural. Using the reach adjustment was as easy as we’ve experienced. The dial did not feel gummy or require us to have fingers of steel to turn it. With 180mm rotors front and rear, we were ready to hit the trails.

Bleeding the pads to the rotors was what we expected. It required a few hard stops to get the brakes working at their full potential. It took us a little bit to get used to just how easy the lever throw and feel were. Compared to SRAM and Shimano levers that have a slightly more regressive feel, the Dominions were incredibly linear through the entire lever stroke with no spikes in pressure or feel. Even on long technical descents, the Dominion’s lever feel proved to be incredibly consistent. Most brakes have a very on/off feeling, but the Dominions offered plenty of modulation with plenty of power when gripped harder during emergencies or on more technical bits of trail. We rode the Dominion brakes for almost four months with no issues. These brakes worked consistently and proved to be reli- able. Hayes couldn’t have made a stronger statement with the Dominion A4 brakes.