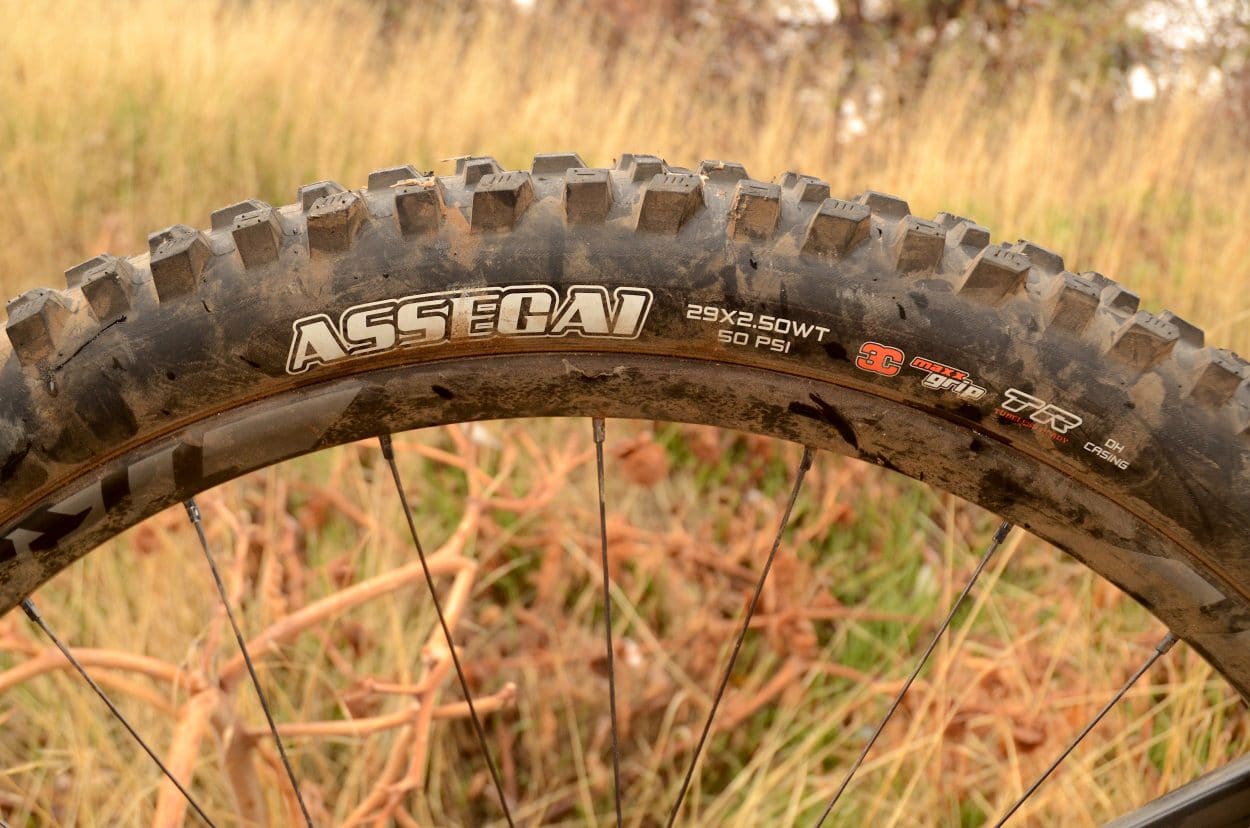 The Maxxis Assegai wasn’t designed around rolling speed; it’s purely focused on traction. Greg Minnaar spent a lot of time with Maxxis trying to create a product that would take all of the tires he had raced with during his career and roll them into one. The Assegai was developed based on 28 years of Greg’s riding and racing experience. Inspired by and named after the Zulu iron-tipped spear from Greg’s home country of South Africa, the Assegai is a battle-ready, extremely versatile downhill tire designed to cling to wet rocks and roots while still rolling well on hardpack and hooking up in loamy turns.

Tech info: We tested the Maxxis Assegai 29×2.5-inch on a 160mm-travel enduro bike. We mounted the tires on a pair of DT Swiss wheels for photos, then tested them on a set of Roval Traverse wheels. These might have been the tightest beads we’ve ever encountered. Though we usually don’t advocate using tools for tire installations, these tires made us rethink our position. We used steel tire levers for both removal and installation with the Assegais due to the dual-ply downhill casings. It is fair to say that with this tight of a bead these could be run-flat tires. Maxxis recommends 30–35mm-wide rims, and that makes perfect sense. We recommend that you carry a steel lever in your toolkit if you expect to be able to do any kind of trail service during your ride. 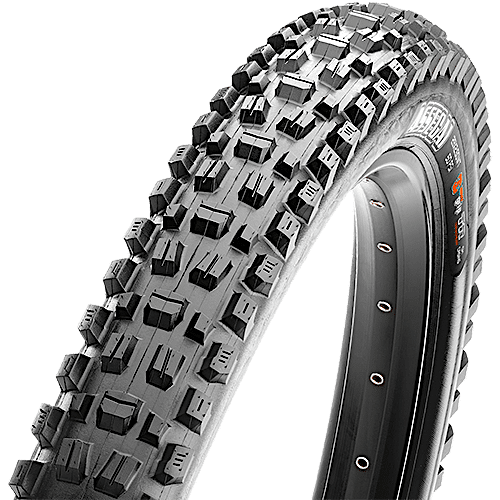 Field test results: The Assegai is a downhill tire with a dual-ply casing and extremely supple rubber. The additional rolling resistance is obviously going to make pedaling harder, especially when climbing; but, once the trail turns downhill, every extra watt of pedaling power is worth it. The Assegai prefers rough and rugged. The ruder the terrain, the better the Assegai performs. It hooked up amazingly well on greasy, wet, heavy clay and did a fair job of displacing the mud buildup. Cornering is where this tire stands above the rest. The center contact patch is already wide, but as you lay this tire over, the outside lugs take over, increasing traction through the turns. In fact, this tire can be difficult to break loose; the ground usually gives before the Assegai. The traction while on the binders is amazing, giving you much more ability to modulate your brakes because the tire has the ability to gain purchase while adhering to the trail rather than drifting and skidding. This means control, as you can keep the back wheel turning as you decelerate.

The Assegai expects a World Cup downhill course. The terrain has to justify need for the heavy sidewall casing and the slow rolling resistance of the soft-durometer rubber. When it does, this tire is next level. Maxxis produced exactly what Greg asked for.