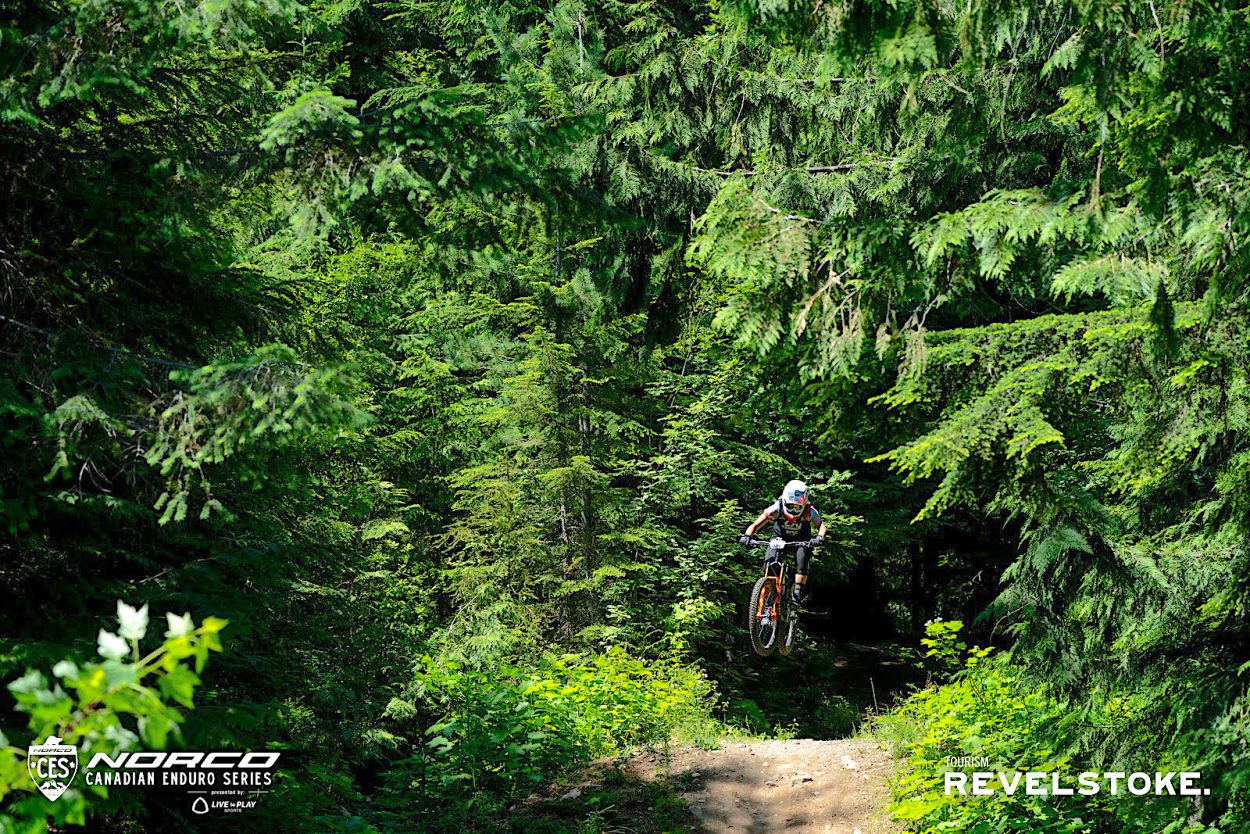 Over 250 riders took to the area’s iconic trails for a big weekend of racing – tackling six stages, 51km and over 2600m of elevation over the two days.

Day one saw Mckay Vezina (Giant Factory Off-Road Team) and Katie Spittlehouse leading the standings, but in a hard fought battle across Sunday’s stages it was Max Leyen (Norco Canadian Enduro Team)  and Jennifer McHugh who finished the race on the top step of the podium. Fifteen seconds behind Leyen was Rhys Verner (Kona Factory Team) in second and just two seconds behind him was Carson Eiswald (Yeti/Fox Shox Factory Devo Race Team).

In the women’s race McHugh’s time proved untouchable, with second placed Claire Hamilton more than a minute back in second place, and Katie Spittlehouse rounding out the podium in third. 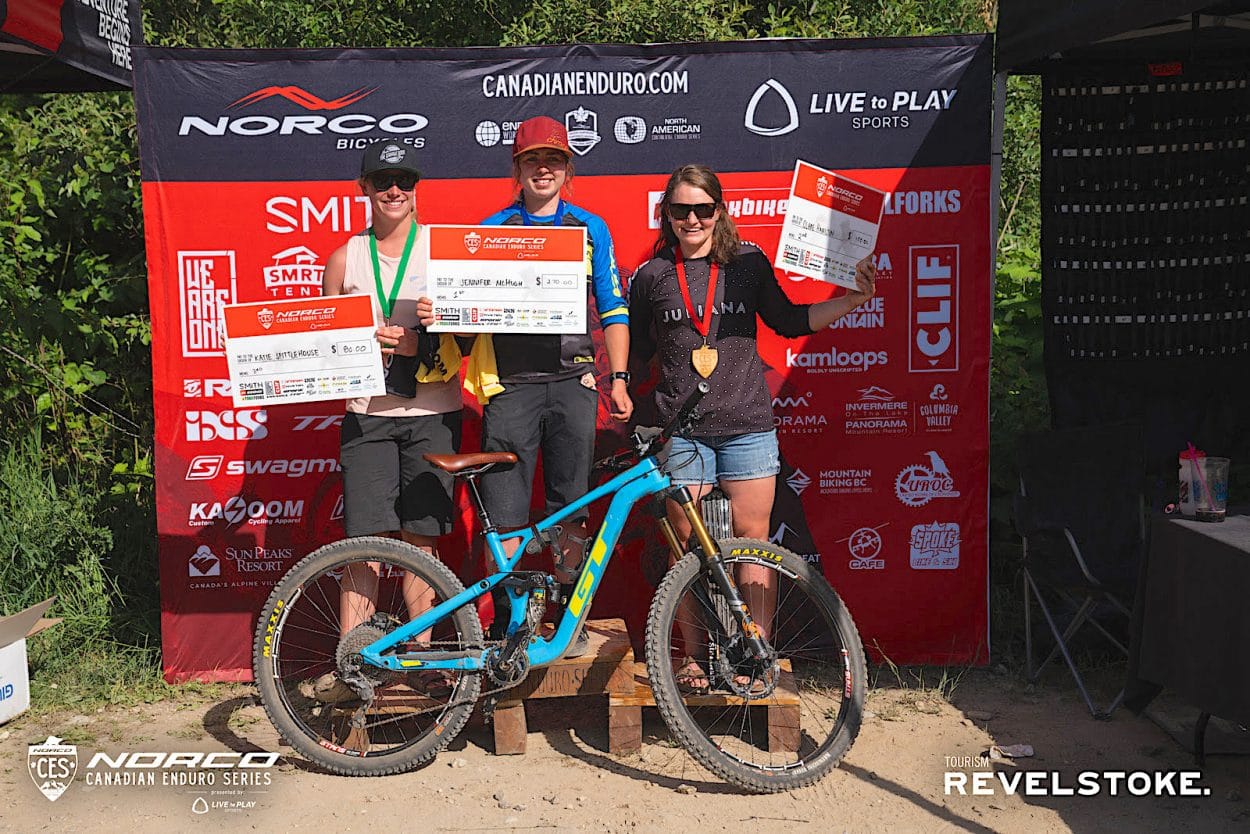 And whilst the racing was undoubtedly fierce – with Revelstoke once more proving it can dish up some of the most technically demanding riding in Canada – the event will be remembered as more than just a race. The Norco Canadian Enduro Series has its own trail programme which sees them give back a percentage of all their entry fees to ensure the trails they race are left in pristine condition.

However, they went one step further in Revelstoke, asking every rider who entered the race to become a member of the Revelstoke Cycling Association (RCA) – the result was over $10,400 CAD raised for the RCA in a single weekend. The crew behind the Norco Canadian Enduro Series also took part in trail work with the RCA ahead of the event, and have spent the days after the race doing more. 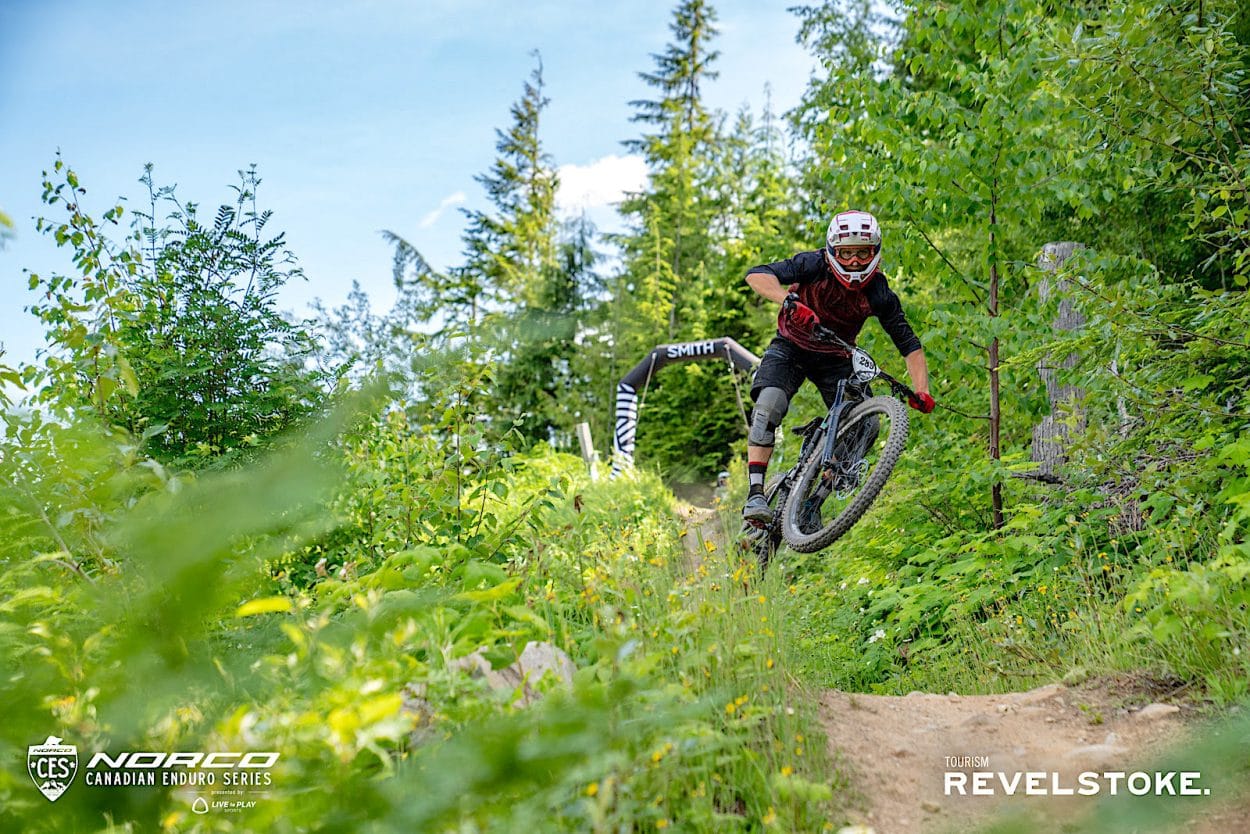 Ted Morton, Director of the Norco Canadian Enduro Series, said: “Revelstoke, BC holds a special place in my heart. Ever since I stepped foot here, I knew it was a special place. To be able to host the first ever EWS North American stop outside of a bike park is truly special.

“The North American Enduro Series is a very cool concept, it provides an intermediary stepping stone for riders in our Norco Canadian Enduro Series to compete against other racers from other series who want a bit more competition. I love the fact that Canadians get this opportunity, it helps grow our sport and showcase our riders, trails and communities. I think everyone would agree that this weekend was likely one of the most technically and physically demanding enduro races in the world.” 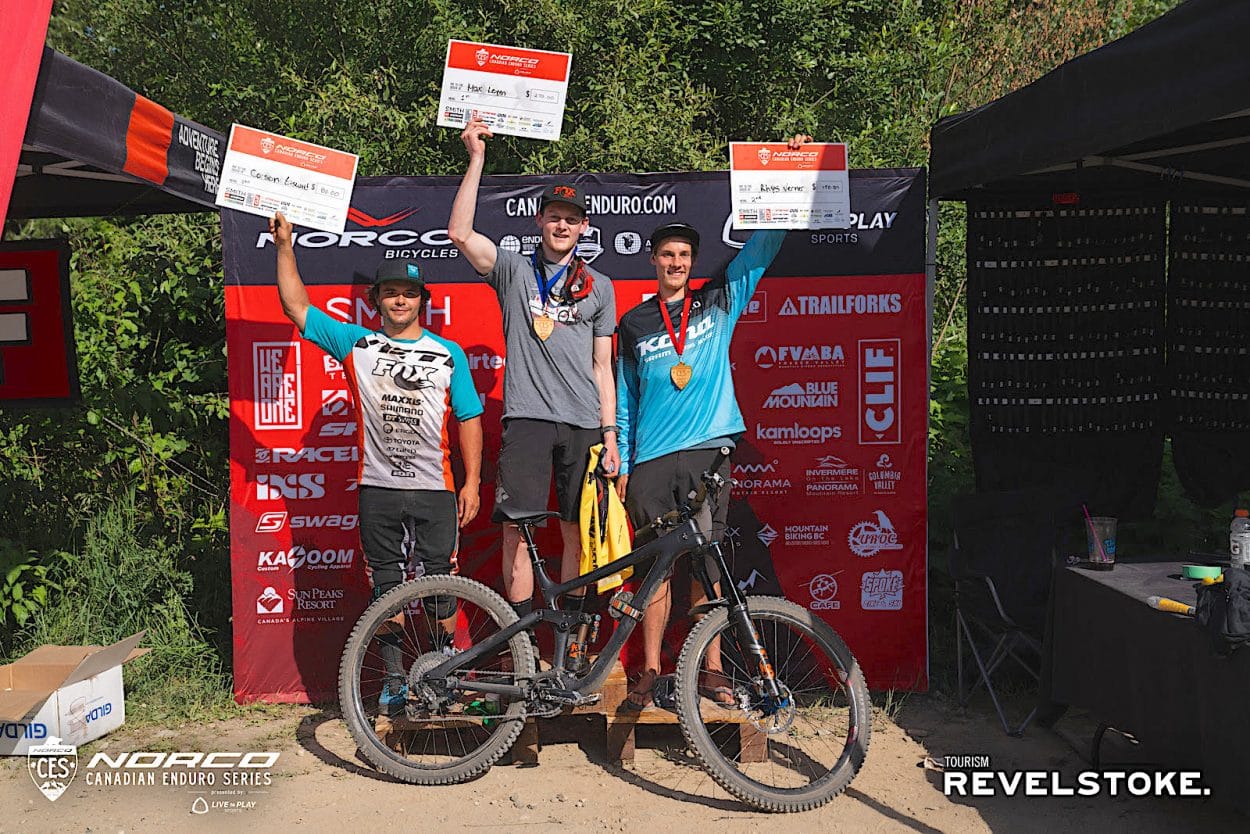 Full results from the Revelstoke race are available here.

To find out more about the Revelstoke Cycling Association click here.

The third and final leg of the North American Series will take place with the FOX US Open of Mountain Biking at Snow Summit in Big Bear Lake, California.