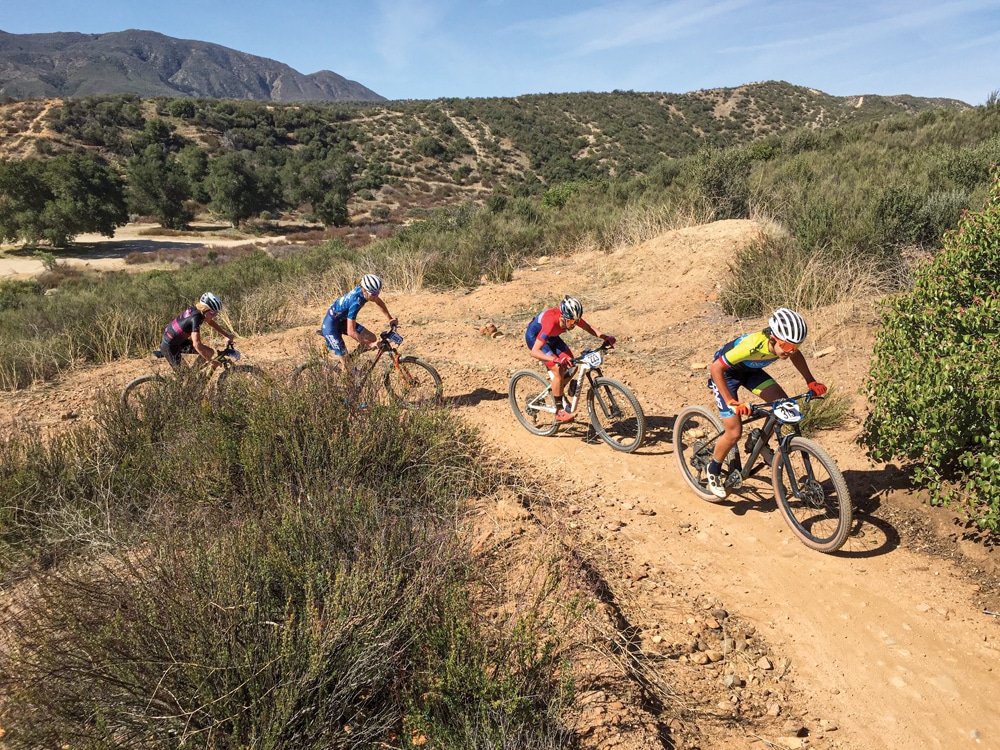 Last year in March, MBA headed out to Vail Lake Resort in Temecula, California, for the UCI cross-country race on Sunday. When we got there, we learned that the race had been canceled the night before due to a COVID-19 shutdown of the event. Almost a year later, Tom Spiegel and his Team Big Bear support staff came back to Vail Lake to hold their first event of 2021 at the same location.

For last year’s event, racers had come from as far away as Australia and eastern Canada to score the UCI points they needed to get on their nations’ Olympic teams. Sadly, all the racers were sent home last year without being able to race. 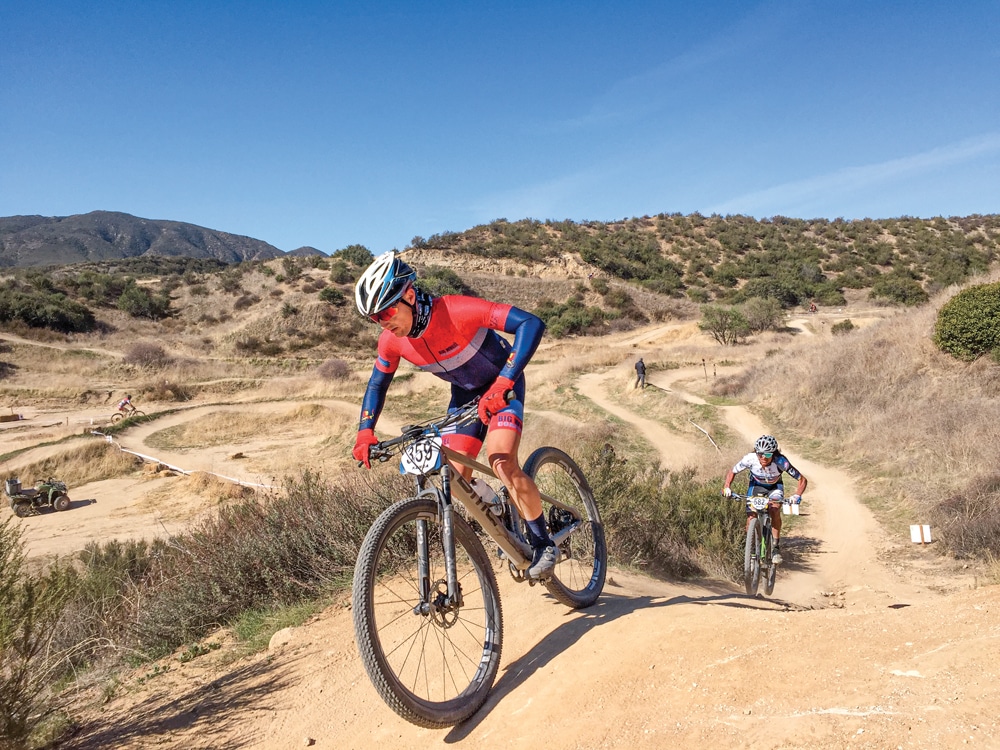 Would the same thing happen in 2021? Nope! The race took place this year. Gavin Burke of Team Big Bear filled us in on what happened and shot some photos of the action. Here’s Gavin’s report:

“The weekend was a huge success: almost 500 enduro racers, 300 Junior Racing League and around 450 regular cross-country riders attended, almost a year since our canceled event. Aaron Gwin took enduro. It was a surprise to see him there. Maybe he was available and was itching to race? Also surprising (to me) was seeing Brian Lopes racing and winning the e-bike enduro. He rode a Yamaha-powered bike. 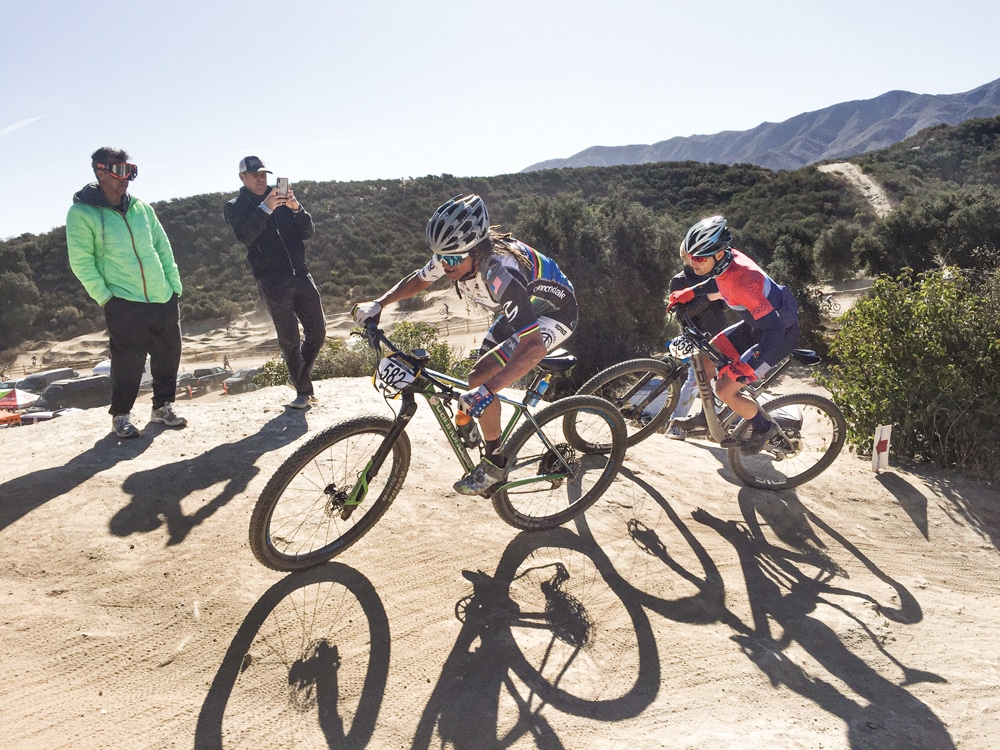 “Tom [Spiegel] related to me Brian McCulloch trying to drop Tinker during the race after getting a draft from a Cat. 1 XC rider going up the long dirt road climb and putting 30 seconds into him, but almost instantly Tinker reeled him in and was sitting on his wheel again. I watched at multiple track locations for several laps, and it looked like Tinker was marking him, as is his usual strategy. They were both putting in very fast laps, but at the finish it was Brian McCulloch by about 30 seconds and Tinker came in with fresh blood and dust on his arm evident of a spill. So close.

“Junior riders and families were impressed with the event and glad to be there. Their races were exciting for all.”