In 2019 the iconic rainbow stripes will be competed for at the World Final on October 19 at the Swiss Bike Park in Köniz-Oberried near Bern, Switzerland after Pump Track’s inclusion by the Union Cycliste Internationale (UCI), cycling governing body.

UCI President David Lappartient said: “The creation of a Red Bull UCI Pump Track World Championships is a recognition of the specialty at the highest level and a demonstration of our sport’s dynamism. With the knowhow of Red Bull and Velosolutions we aim to meet the expectations of a public that enjoys a show and to make our sport even more popular with the younger generation.” 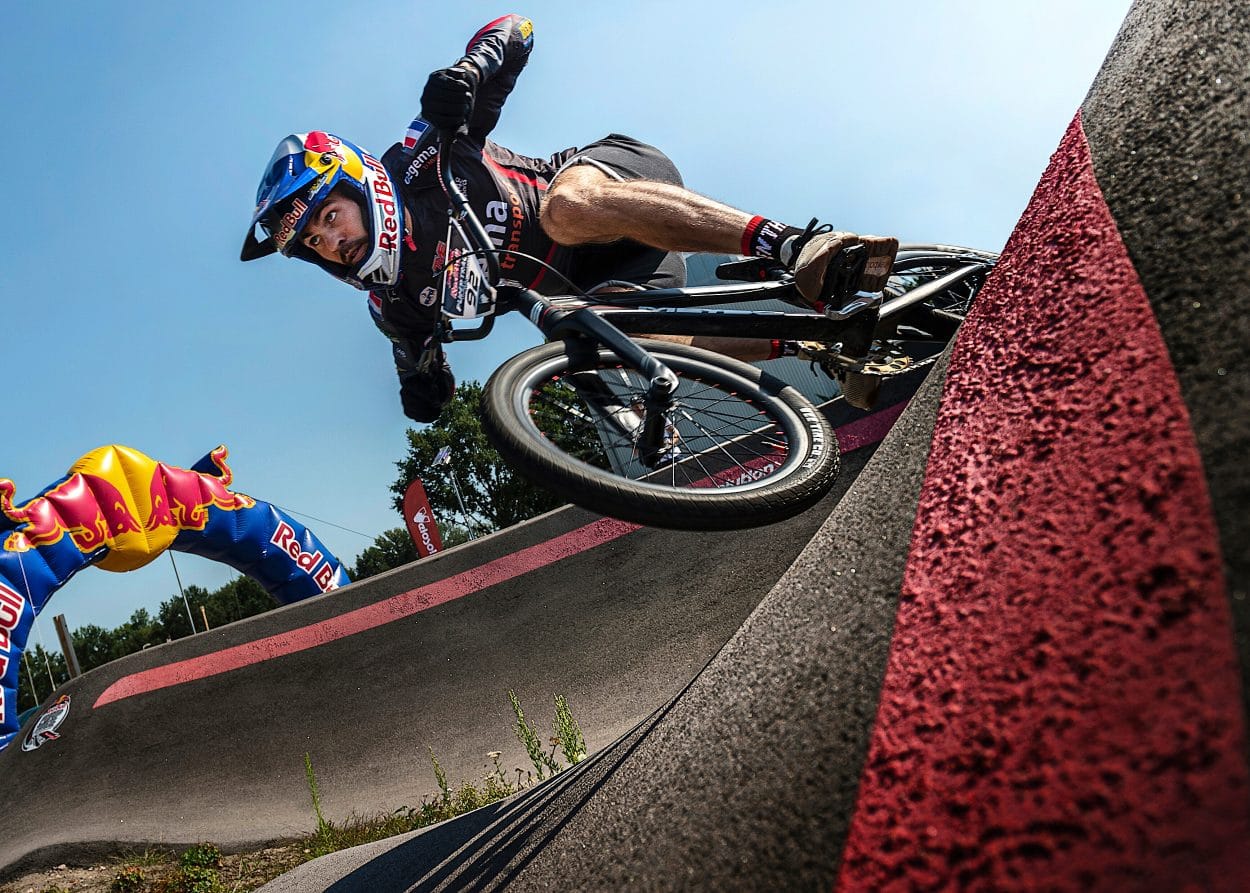 Pump track racing adds a fresh face to bike racing. Pump tracks combine rolling jumps with banked turns and riders using the track features to gain momentum to attack the track as fast as possible. Racing either takes place in a head-to-head battle or a time trial depending on the track.

With over 25 qualifier events across the globe, from New Zealand to India, Chile to France, South Africa to the USA, Red Bull Pump Track is truly the search for the world’s best pump track rider.

What does it mean?

The series will now be bolstered by the international federation that is dedicated to promoting cycling in all its forms, from its very roots. However, it will remain as accessible as it was from the start: a sporting journey that sees Olympic BMX racers, MTB UCI World Champions, and local cycling heroes compete on an even playing field, where amateurs compete against pros and everyone has a shot at the gold. In fact, it’s more accessible than ever before as the series will expand to even more countries.

Not only do these Championships deliver world-class sporting action to global audiences, it also empowers contestants and spectators alike to contribute towards something greater.

The Red Bull UCI Pump Track World Championships will be a catalyst for change in years to come as it works towards promoting sport in developing countries in association with #pumpforpeace, an initiative by Velosolutions that unites the cycling world on a mission to develop talent across the globe. It holds the vision of building a healthier, more tolerant and peaceful world by giving underprivileged communities access to pump tracks, cycling and action sports.

How can you enter?

The Red Bull UCI Pump Track World Championships is open to everyone. The Last Chance Qualifier will take place at the Swiss Bike Park on October 18, so register on www.redbullpumptrackworldchampionship.com for your chance to compete for the rainbow stripes.