Late Friday Night, adventure athlete and seven-time world champion Rebecca Rusch rolled across the finish line winning the 350-mile Iditarod Trail International. Together with her husband, Greg Martin, Rusch also was the top finisher in the race’s inaugural “self-supported” class. In her first race back since last year’s ITI which wrapped as the world slowed down, this was Rusch’s third time on the trail, second win in Alaska, and first time completing the race completely outdoors with absolutely no assistance for food or shelter during the journey.

“It is empowering to move through nature this way, under my own power and getting to see places that almost no one will ever see,” said Rusch. “Riding self-sufficient was a big and scary commitment and I’m proud of how we executed the ride. Winning was icing on the cake, but I went in with a mentality to execute a strong, safe expedition, and this accomplishment is one of my proudest achievements to date.”

Because of COVID-19 precautions, all competitors were tested and raced in the 350-mile as an out and back to reduce potential exposure to remote Alaskan communities. As an additional precaution, Rusch and Martin travelled the entire 350 miles self-supported, and were the only team to forgo any of the meals, indoor recovery, or other outside support that athletes typically receive on the trail. They slept outdoors alongside the trail, clocking only 14.5 total hours of rest during their six days on the trail. The two survived temperatures far below zero by building fires, sleeping in 40° below zero sleeping bags dug into the snow, surrounded by illusive wolves and omnipresent moose. 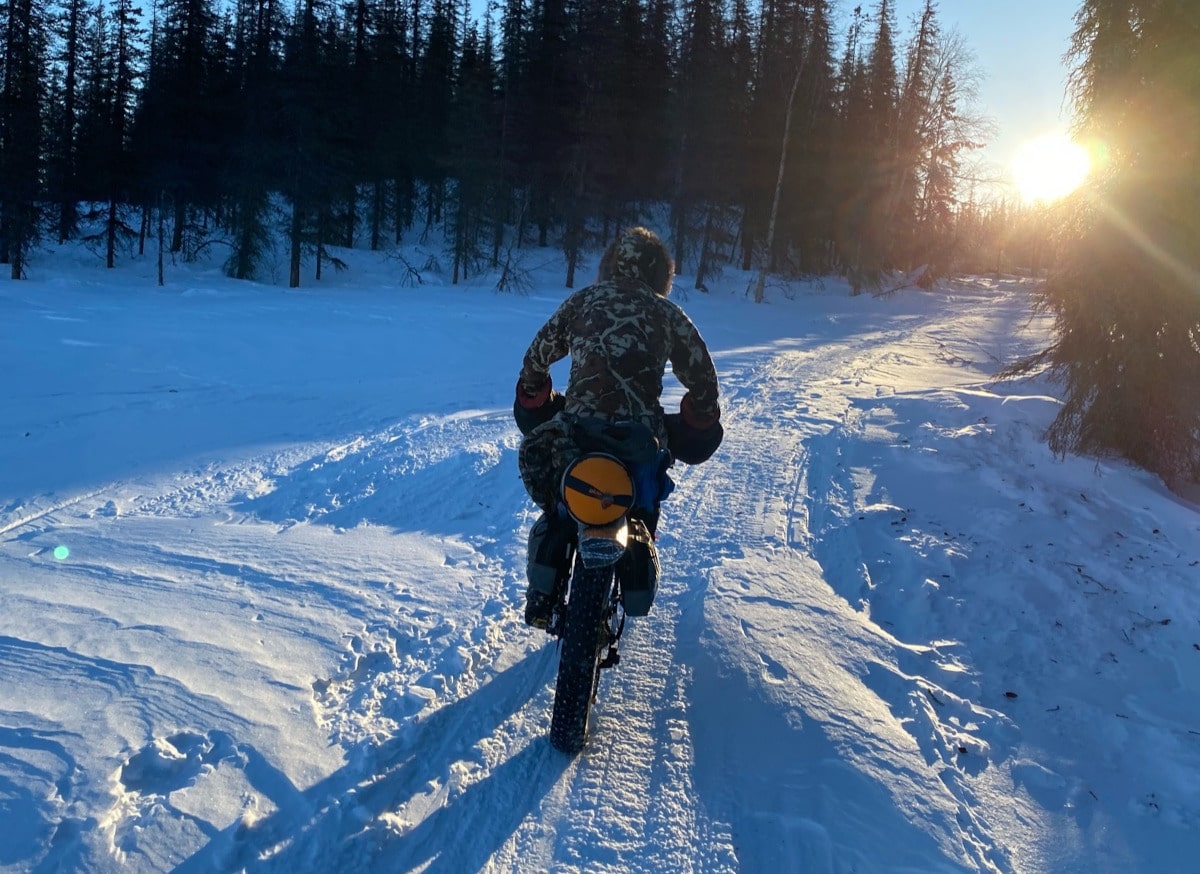 While Martin and Rusch had not made a plan to race as a team this year, it happened organically. “Felt really natural to ride together and we ride at the same speed, have fun together and we make a great team. It is just more fun to share the emotional and physical experience on the trail with someone else, especially sharing with someone that I love.”

Rusch’s 2019 “first go” at the 350 Iditarod landed her an unexpected Championship, completing the race in 3d 20h 51m, during some of the more gentle conditions in the grueling race’s history. Rusch says of her inaugural year on the trail, “Although I had survived it – and technically won the women’s category – I was physically at my end when I crossed the finish line. It had taken me three days, during which I had slept a total of 10 hours. I was crying, blubbering… emotionally and physically drained. It was the hardest thing I’d ever done.”

Weather and conditions compounded in 2020, with Rusch veering in and out of consciousness and accidentally ending up on a more difficult route. She completed the ride in seven days, pushing her bike probably 150 of the 350 miles through deep snow; in one of the hardest years in the history of Iditarod trail conditions. 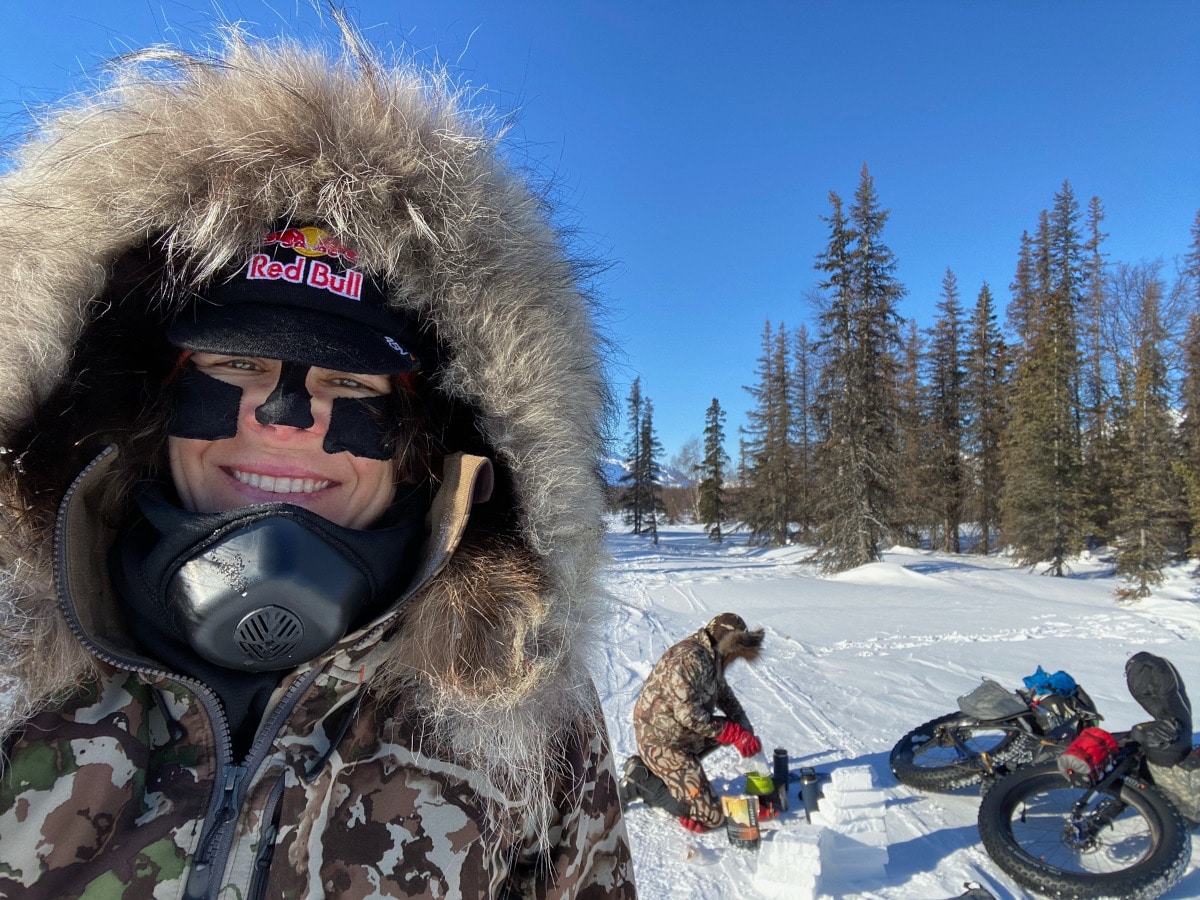 “Doing self-support, like we did this year, would not have even been an option in year one or two, because I just didn’t have the knowledge, experience or confidence in myself to be able to do that. I’m pretty proud of the trajectory and vast difference in how between the athlete I was three years ago to now,” said Rusch.

In tandem with her third expedition in the Iditarod Trail Invitational, Rusch is encouraging people to ride 350 miles this month as part of Protect Our Winters’ #CrushIt4Climate Challenge, which can be tracked on Strava. Rusch has set her sights on the 1000-mile trail, when it is expected to run again in 2022.

Learn more about Rusch’s gear, training and journey at https://www.rebeccarusch.com