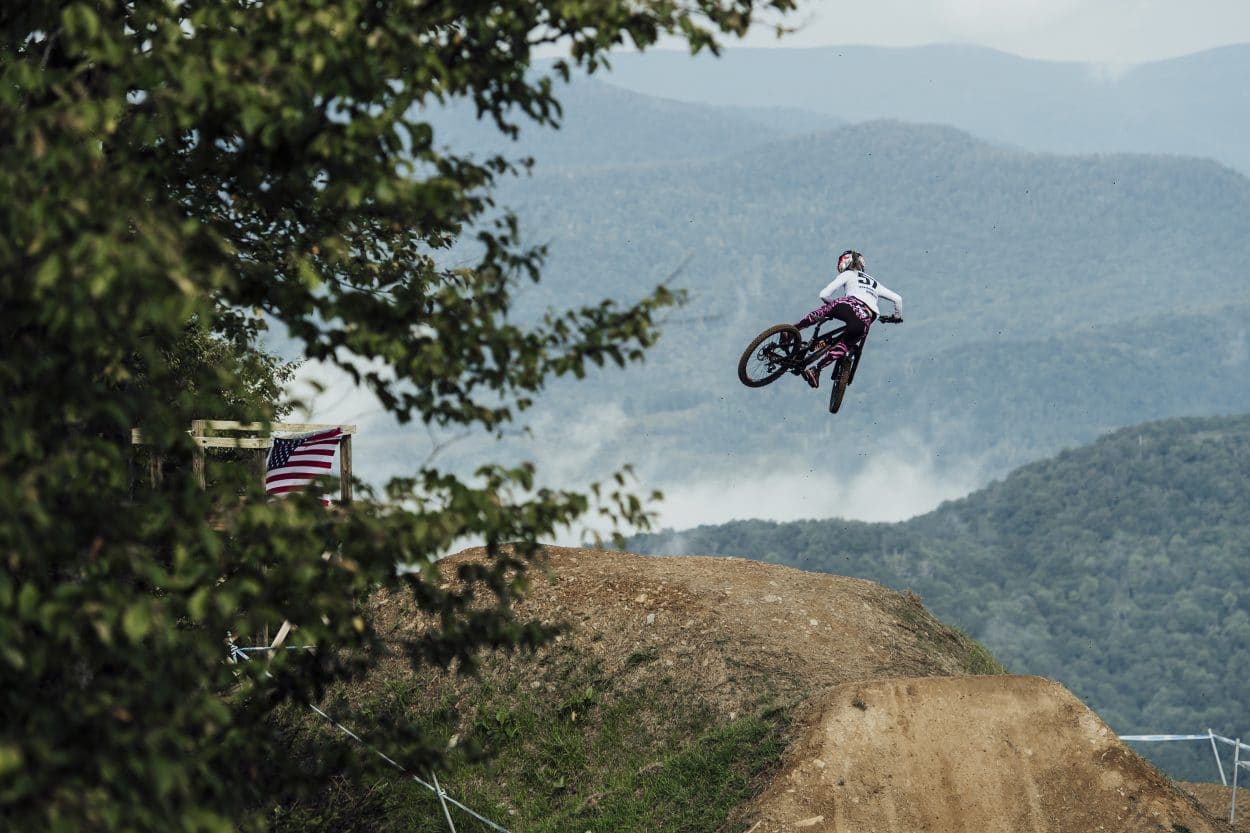 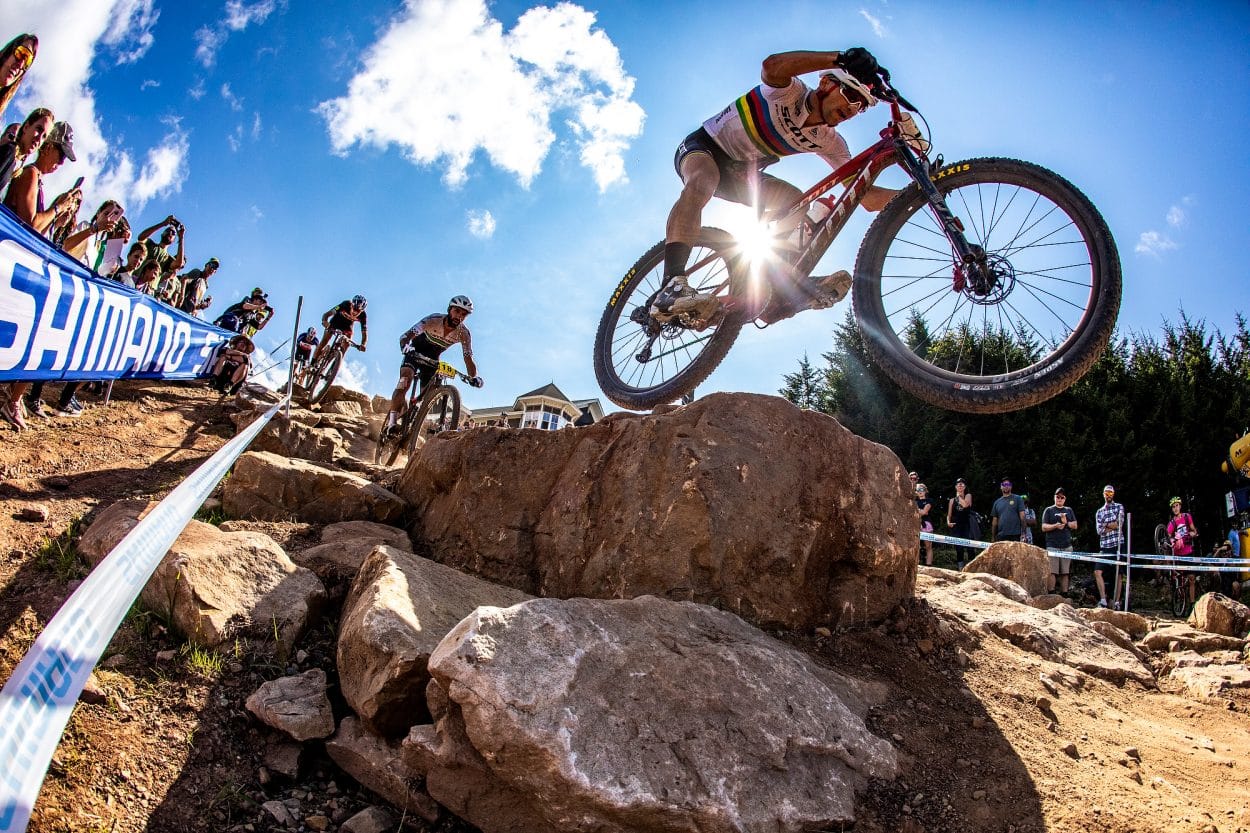 Nino Schurter got a flat tire early in the race, but he was still able to finish second in the Elite Men’s Cross-Country battle in West Virginia. That was all that he needed to pick up his seventh Elite Men’s World Cup Series title. Photo courtesy: Scott/SRAM 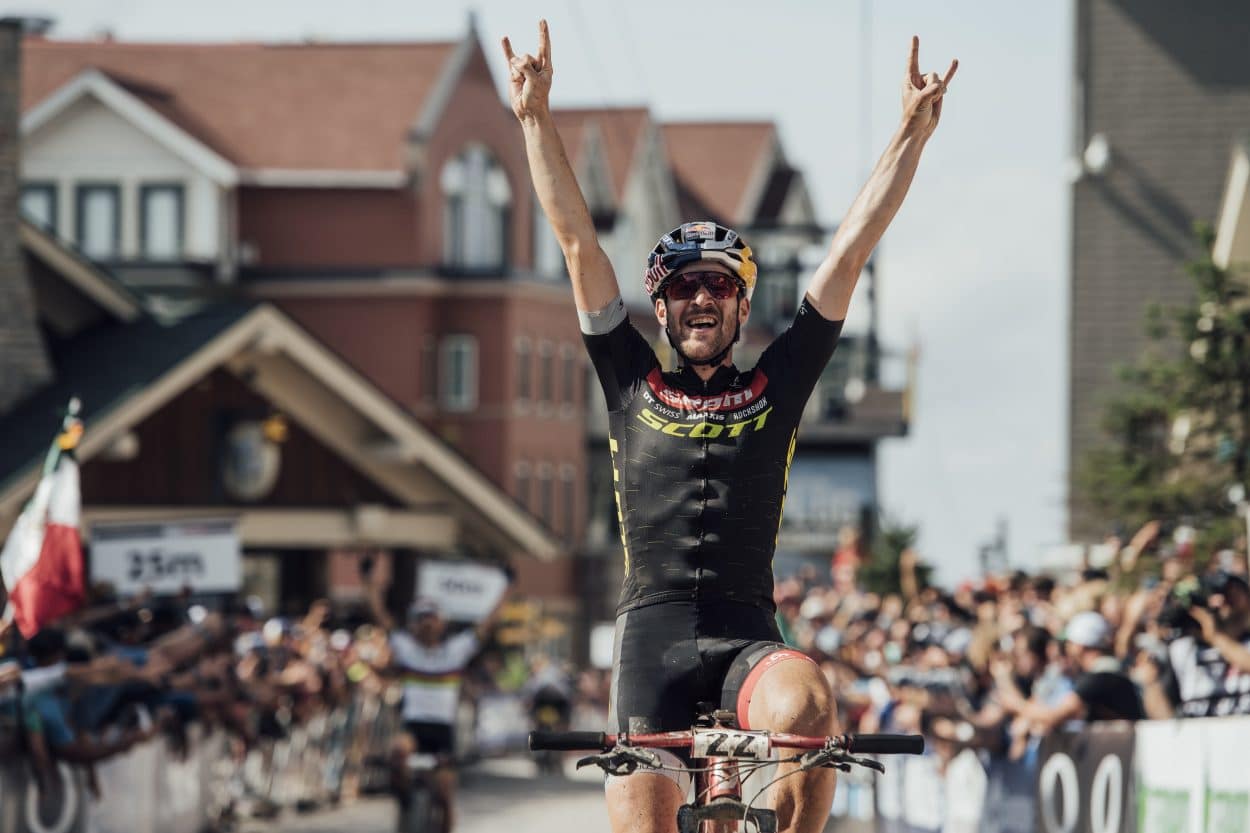 Lars Forster was stoked to win the Elite Men’s Cross-Country final, even if it couldn’t stop Nino from taking the overall title. Photo by Bartek Wolinski/Red Bull Content Pool 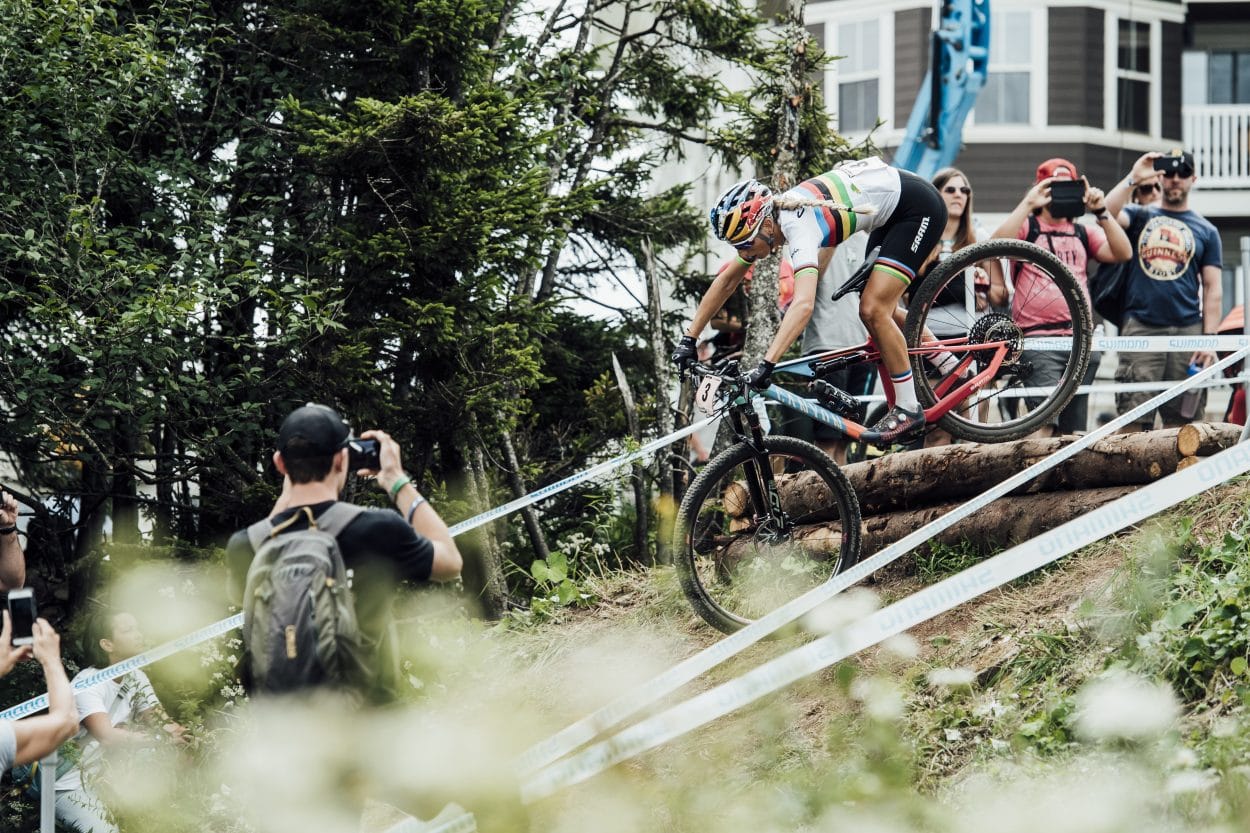 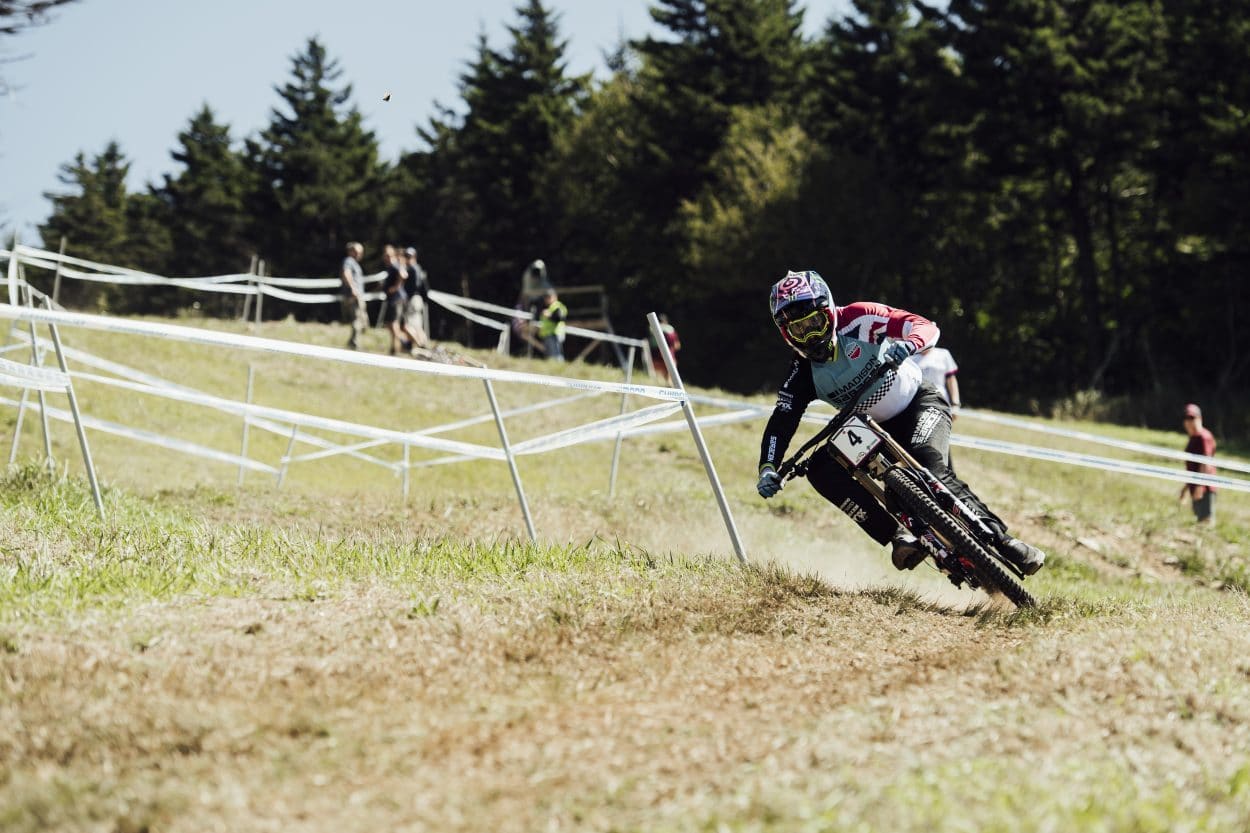 Great Britain’s Danny Hart can corner like there’s no limit to his traction. He won the Elite Men’s Downhill race in West Virginia, but that wasn’t enough to overtake Loic Bruni in the year-long points chase. Photo by Bartek Wolinski/Red Bull Content Pool 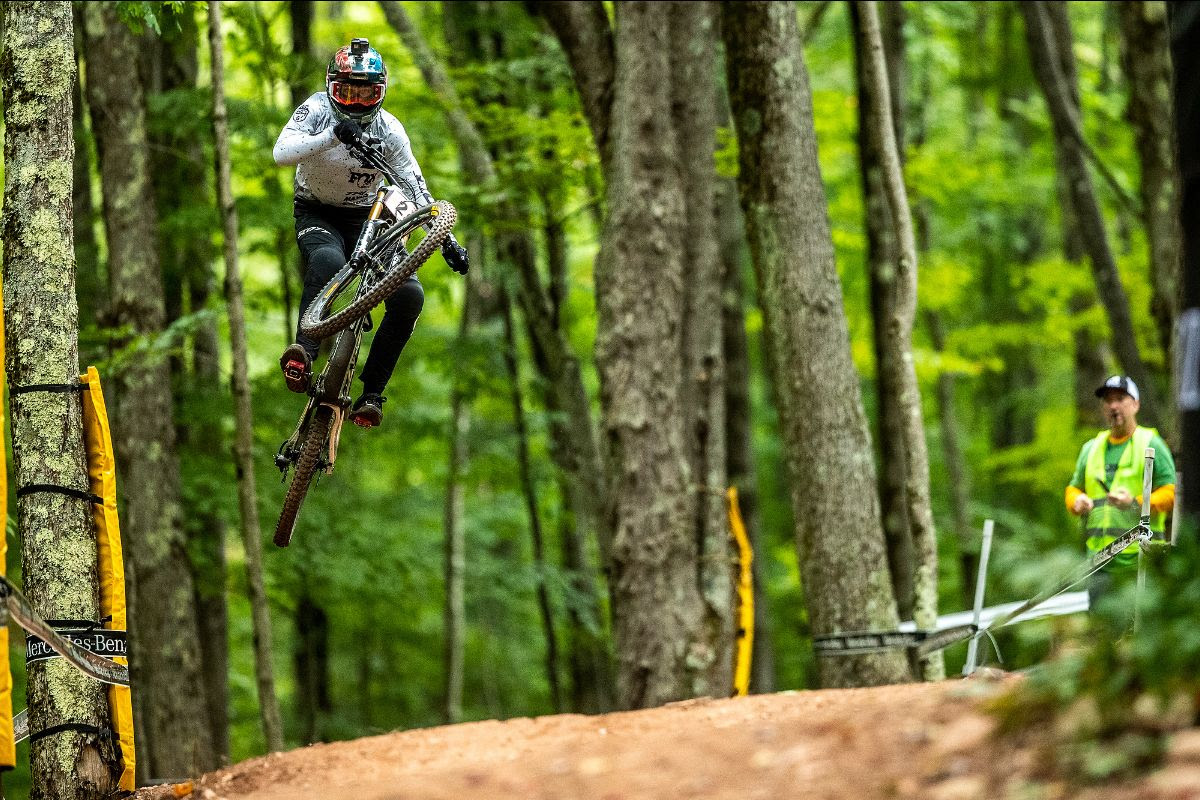 Marine Cabirou rocketed to the win in the Elite Women’s Downhill. Photo courtesy of Scott/SRAM 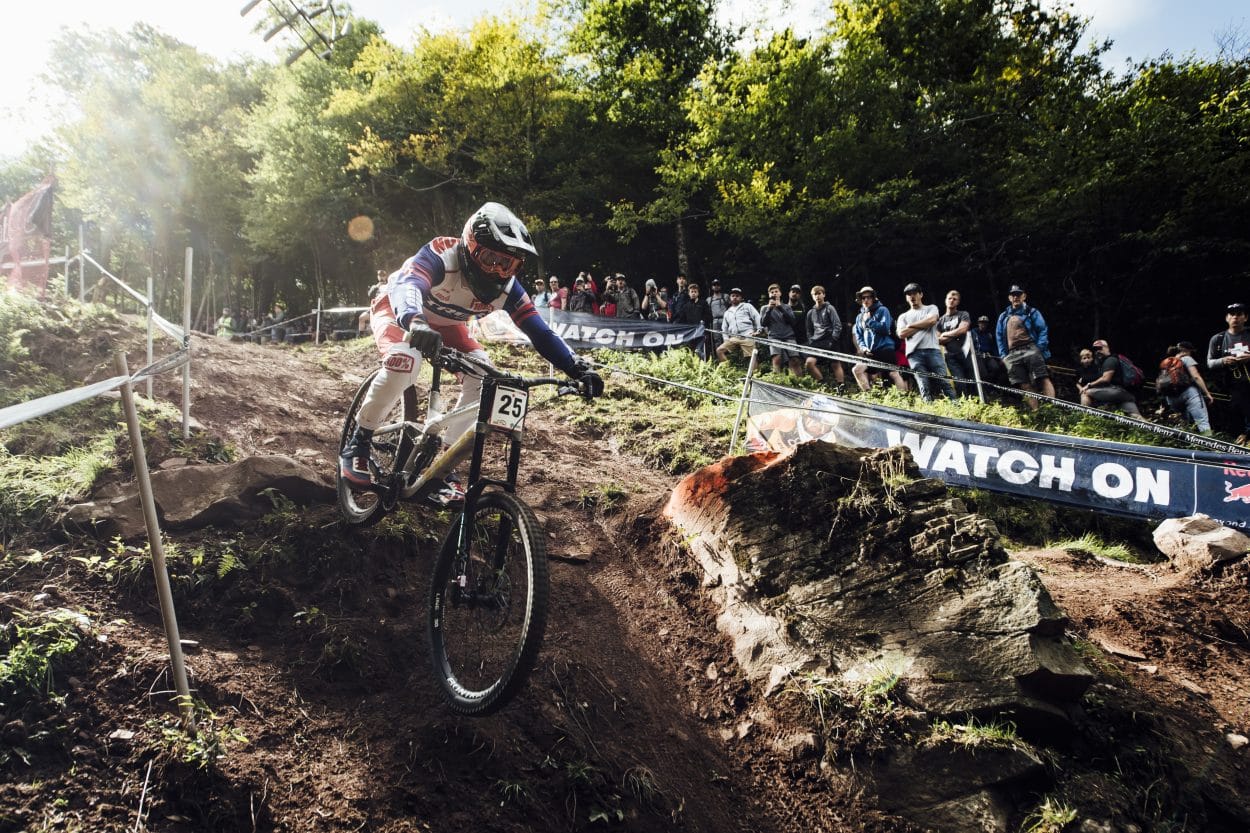 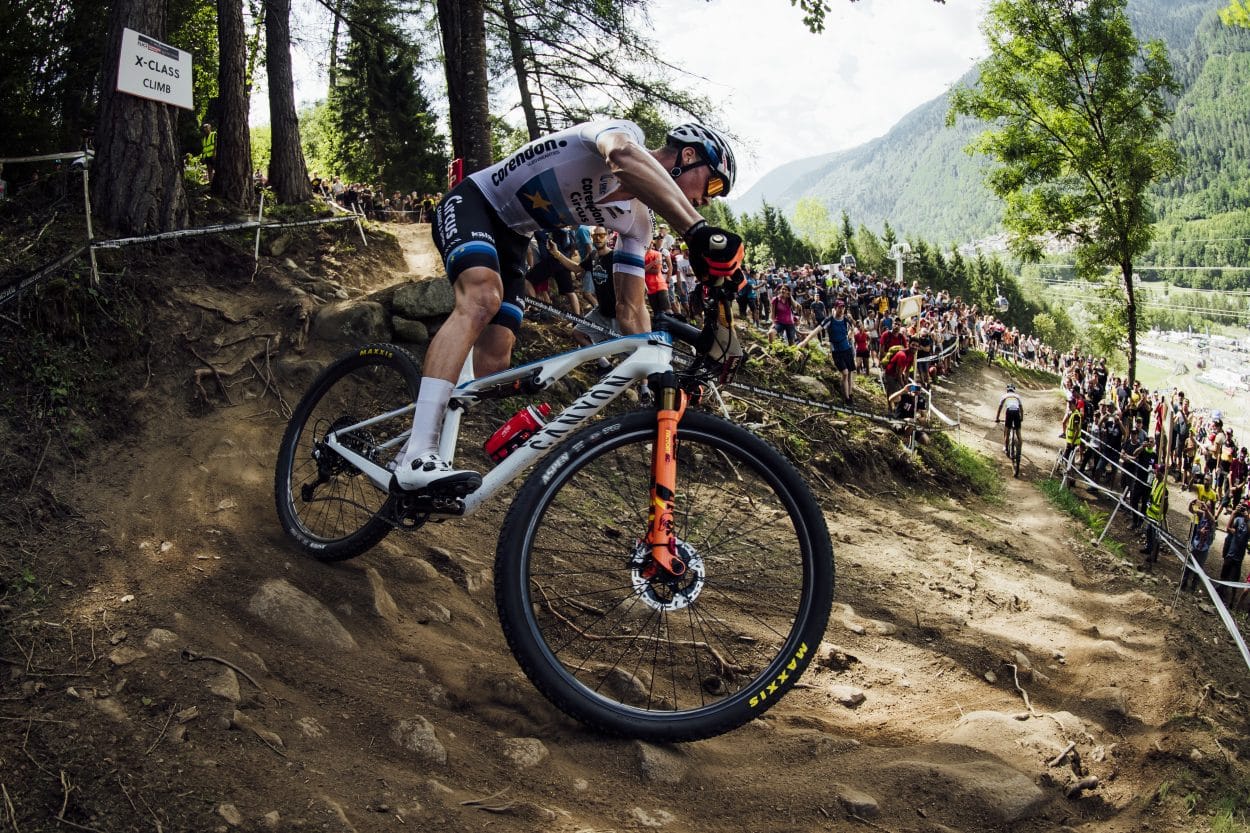 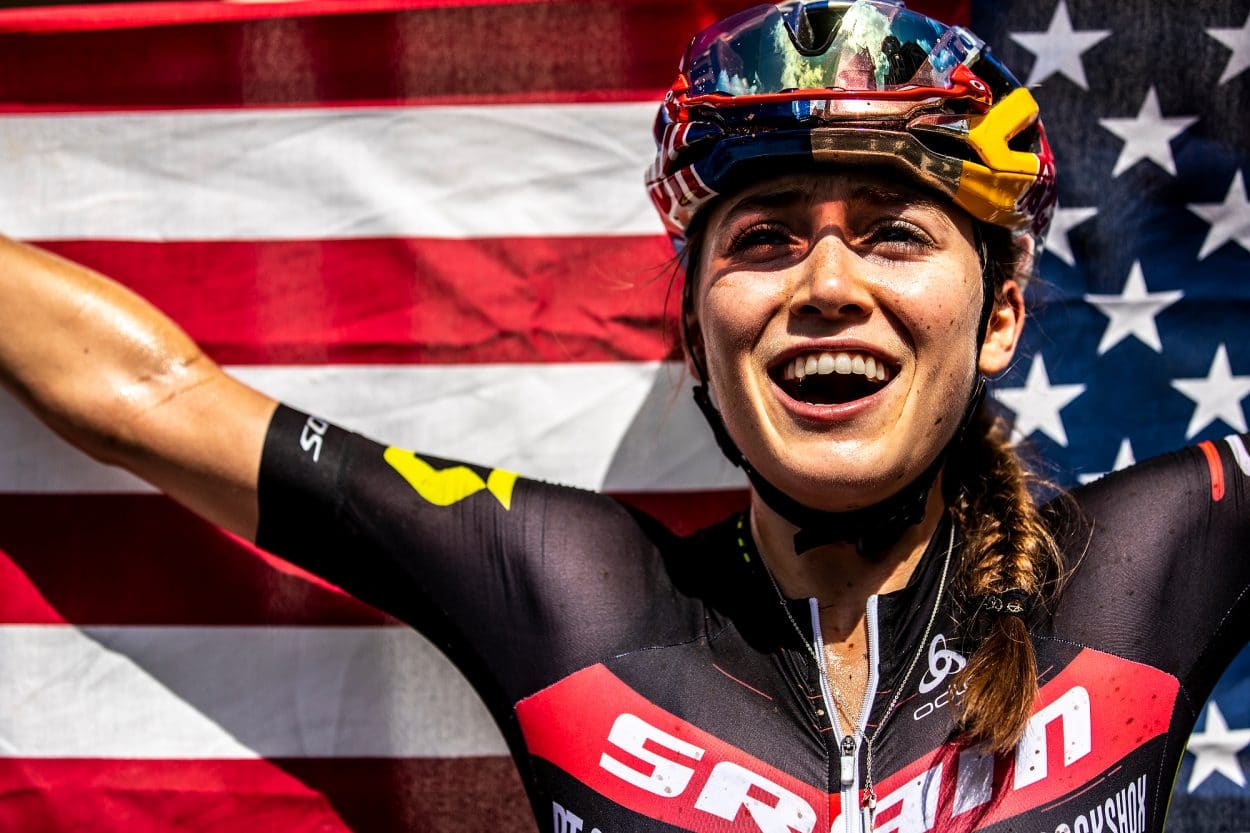 Kate was elated to win the overall Elite Women’s title at the end of the season in the XCO points chase. Photo courtesy: Scott 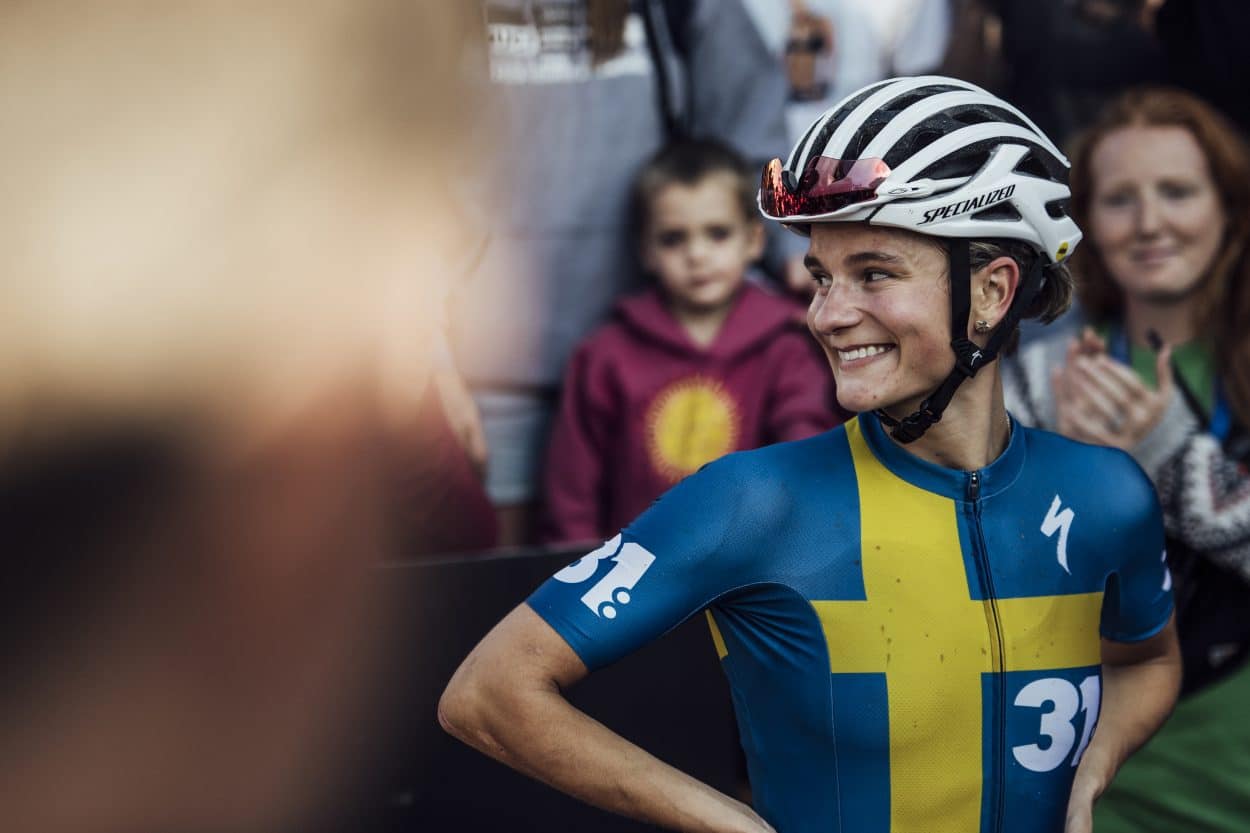 Jenny Rissveds won the Short Track event here and will likely be a top contender when it’s time to defend her Olympic gold medal next summer. Photo by Bartek Wolinski/Red Bull Content Pool 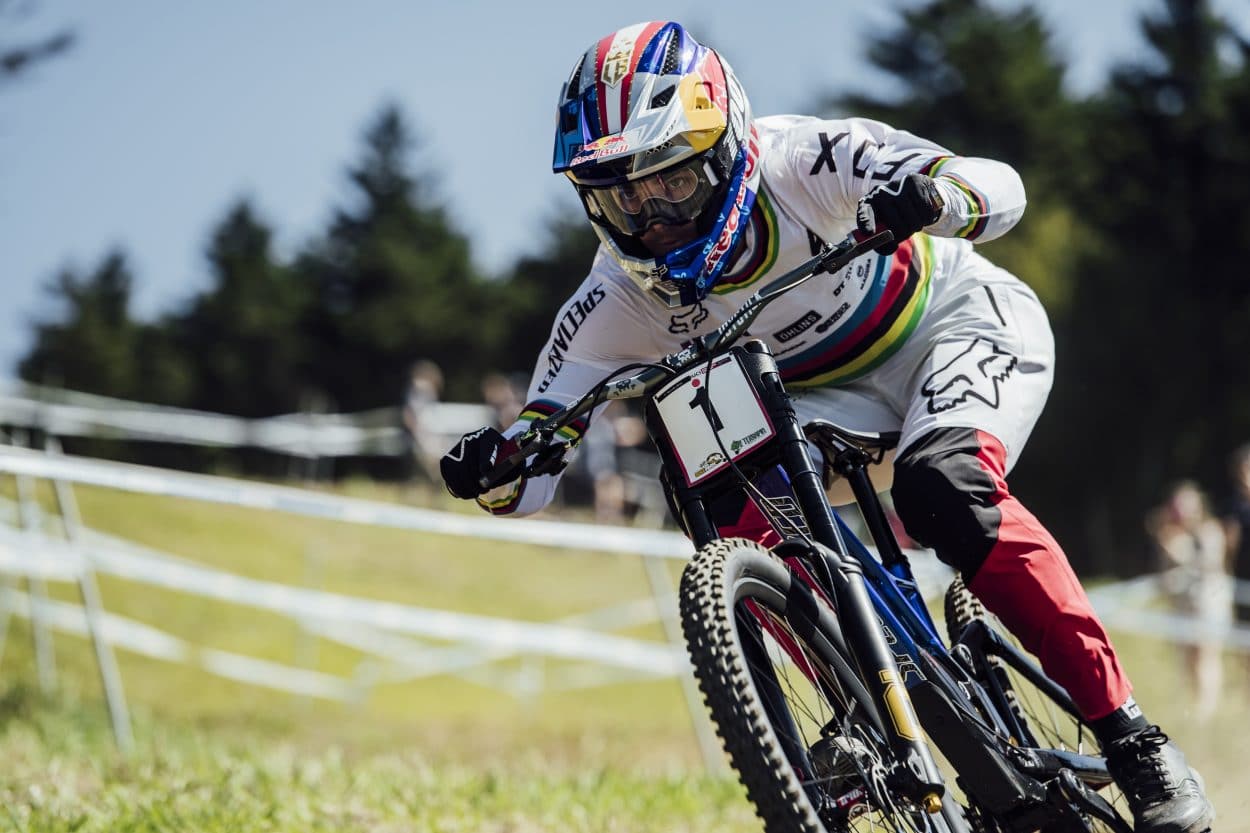 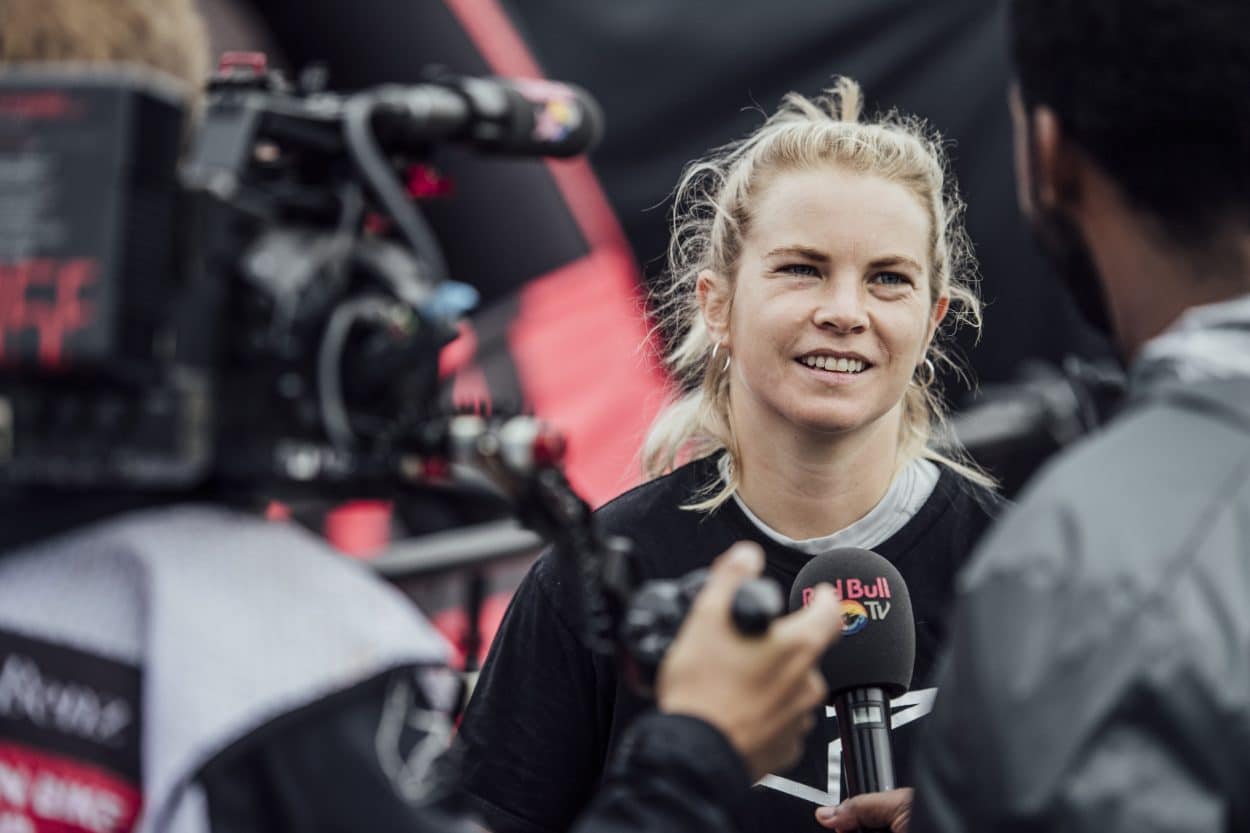 Tracey Hannah picked up the year-end title in Elite Women’s Downhill for the first time in her long career. Photo by Bartek Wolinski/Red Bull Content Pool 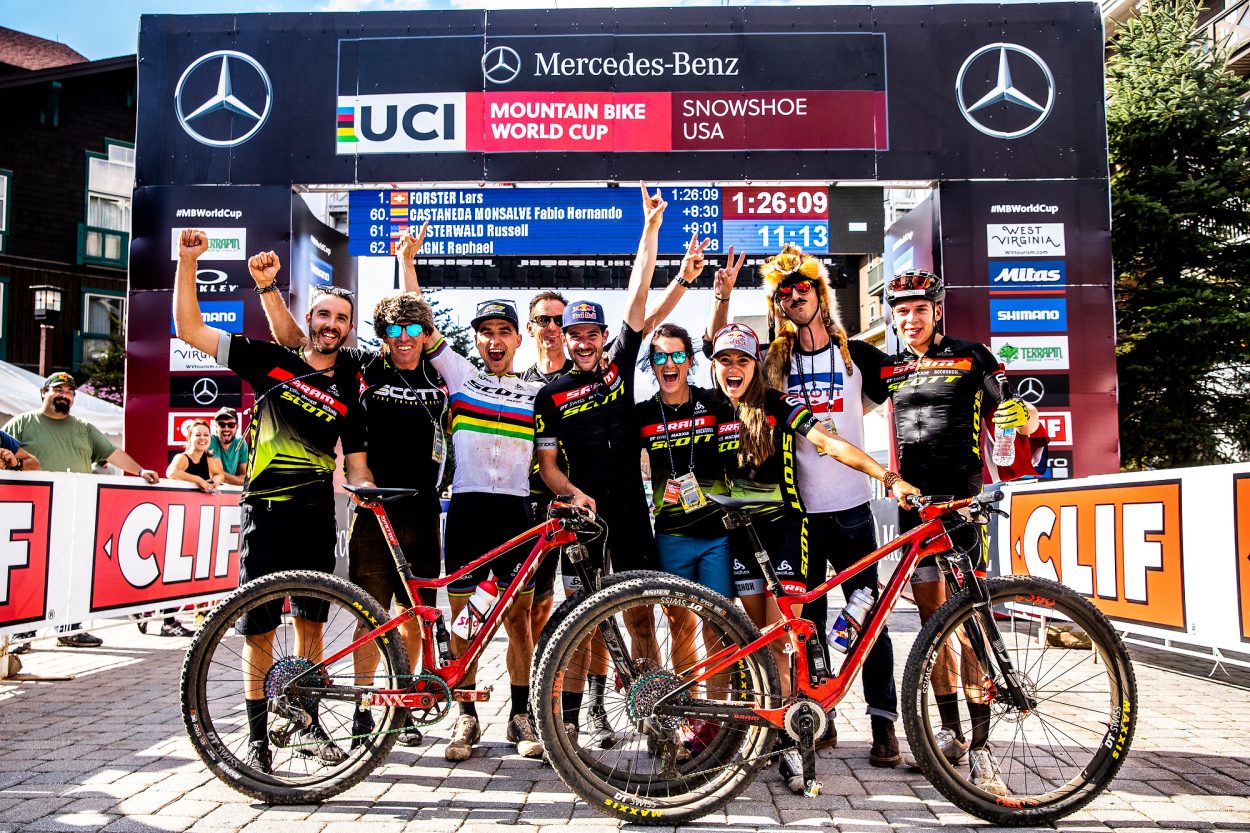 The Scott/SRAM team was jubilant after the race, thanks especially to the success of Nino, Kate and Lars. Photo courtesy: Scott/SRAM 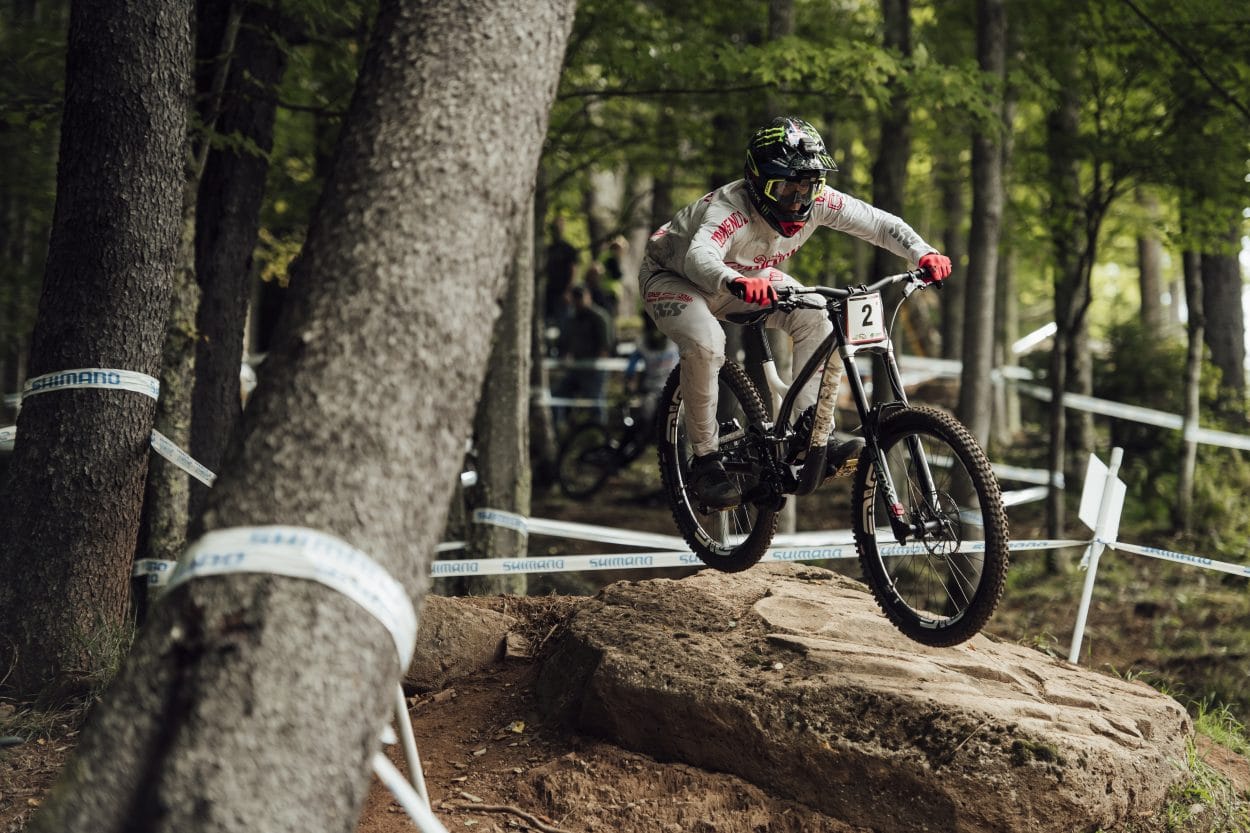 Amaury Pierron lost his defense of the overall title this time, but it wasn’t without a fight. Photo by Bartek Wolinski/Red Bull Content Pool