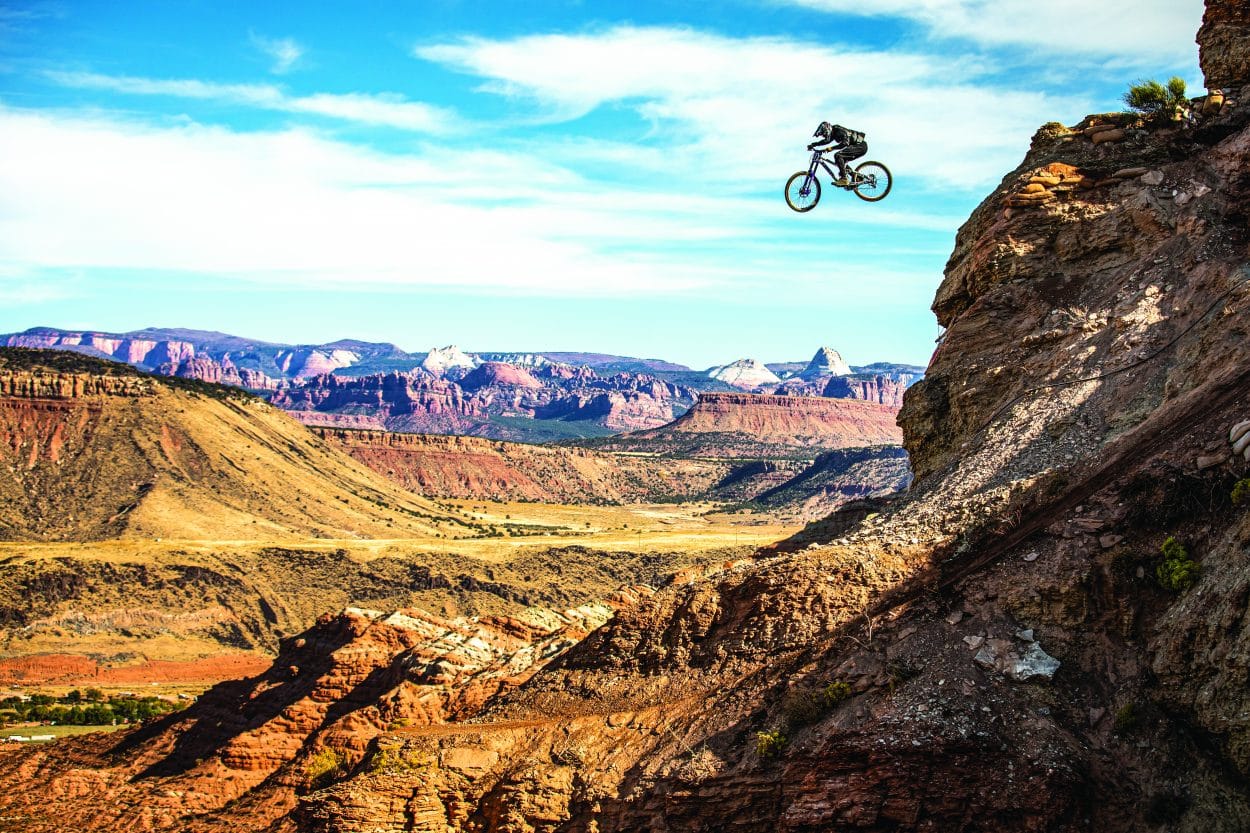 Reed Boggs takes a huge drop before the crowds arrive. Photo by Garth Milan/Red Bull Content Pool
The latest running of the Red Bull Rampage may go down as the best one to date. For this 14th running of the event, a series which first began in October of 2001, the bar was raised again. The lines were crazy, the drops were huge and the runs were amazing. In spite of all the things that make this the scariest mountain bike event in the world, everything came together in a great way. Sure, there were occasional crashes, but, happily, there were no serious injuries. 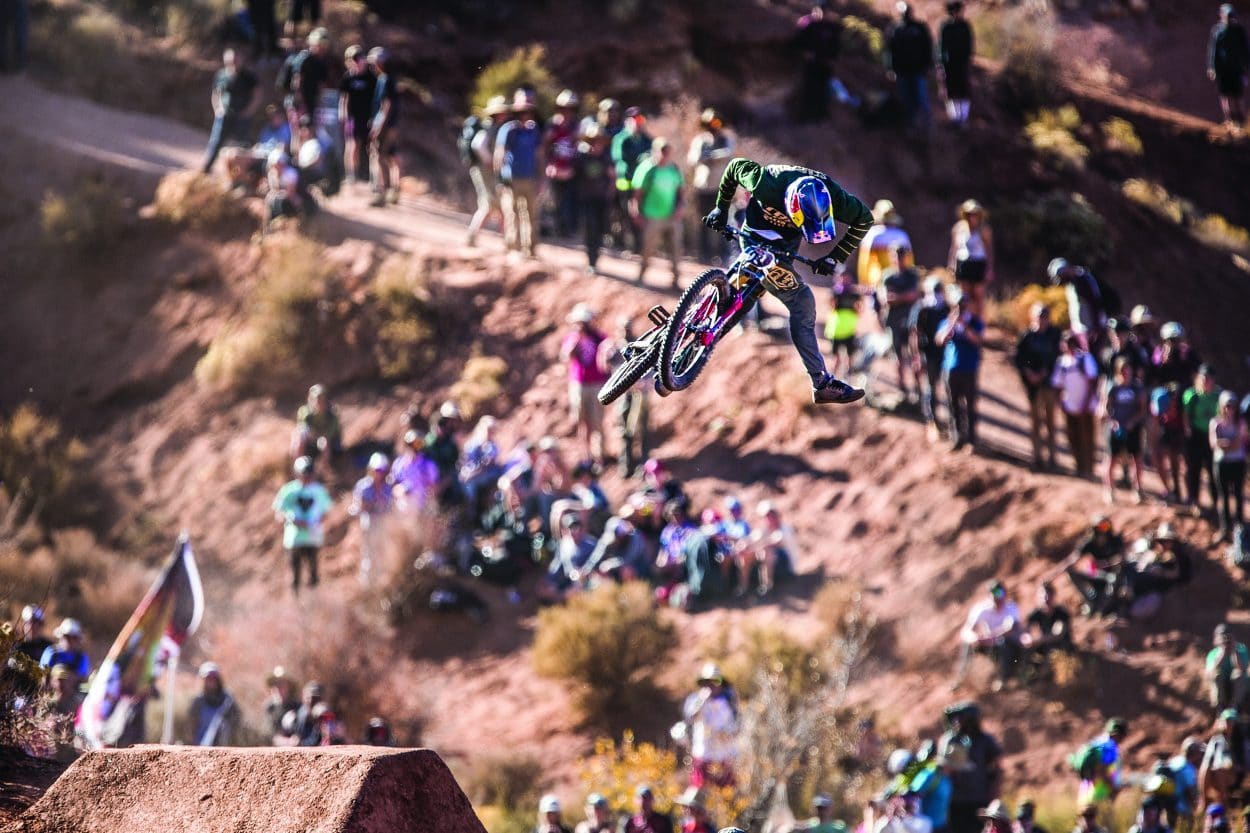 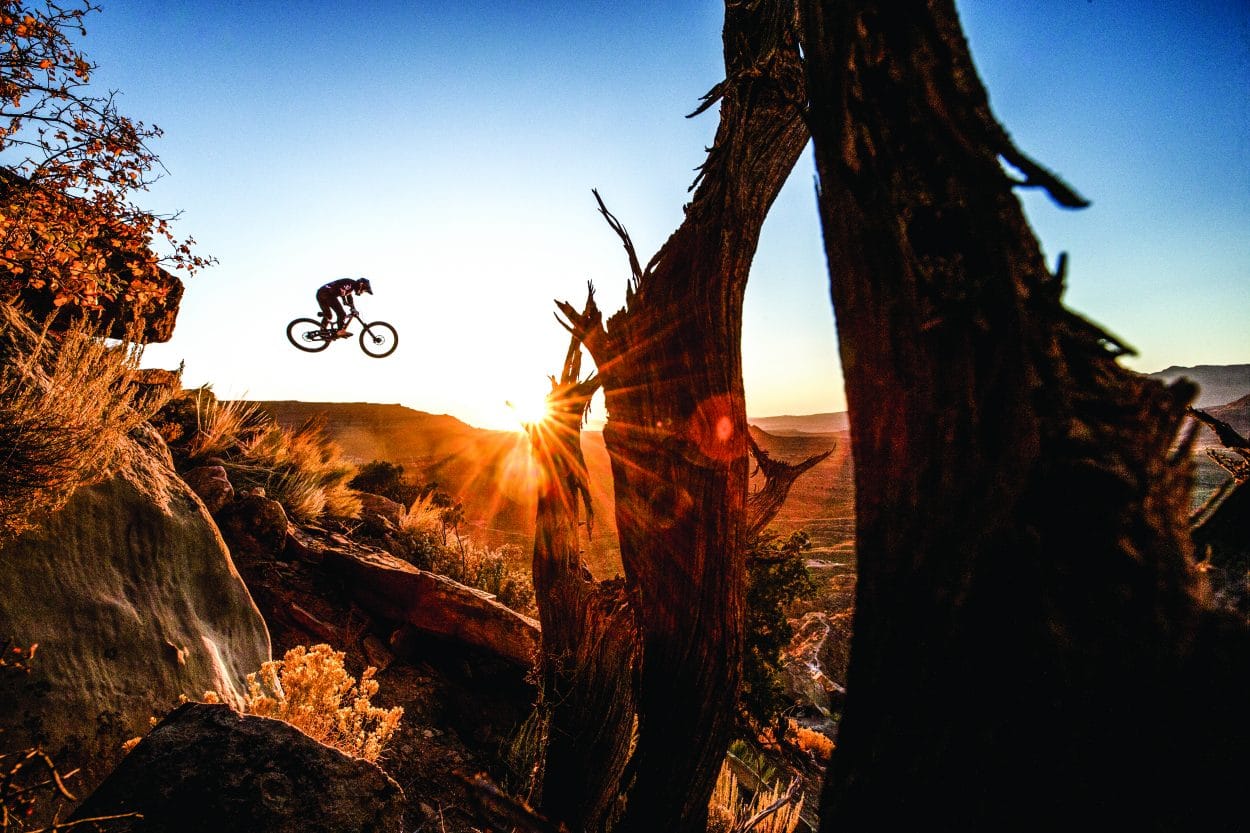 In the past, one of the biggest problems at Rampage has been the wind, but it may have been less of a problem than usual this year. High winds postponed the start of the event for an hour, but after that holdup, the competition began. Riders were allowed up to 10 minutes of waiting time before they started a run if the wind was blowing too hard for them, but unlike in the past, riders were no longer allowed to get a second chance in that same round. 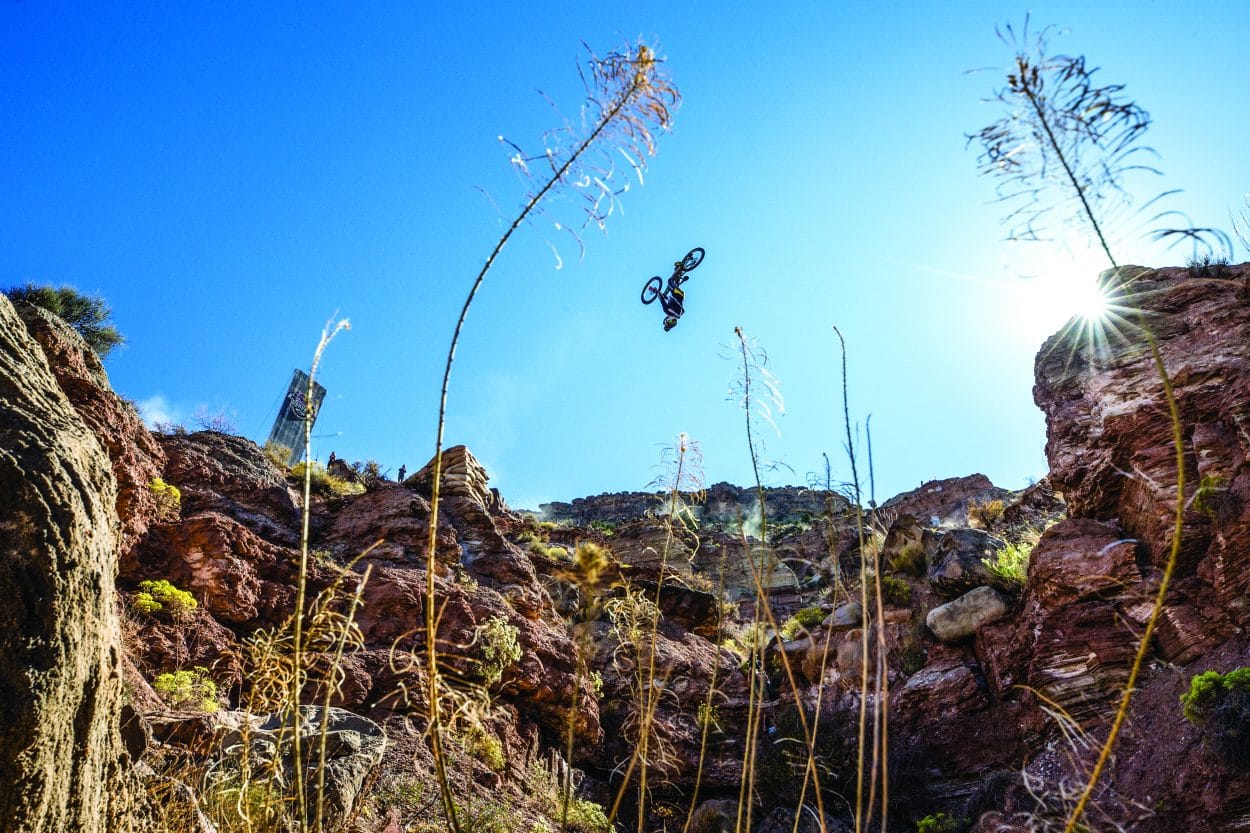 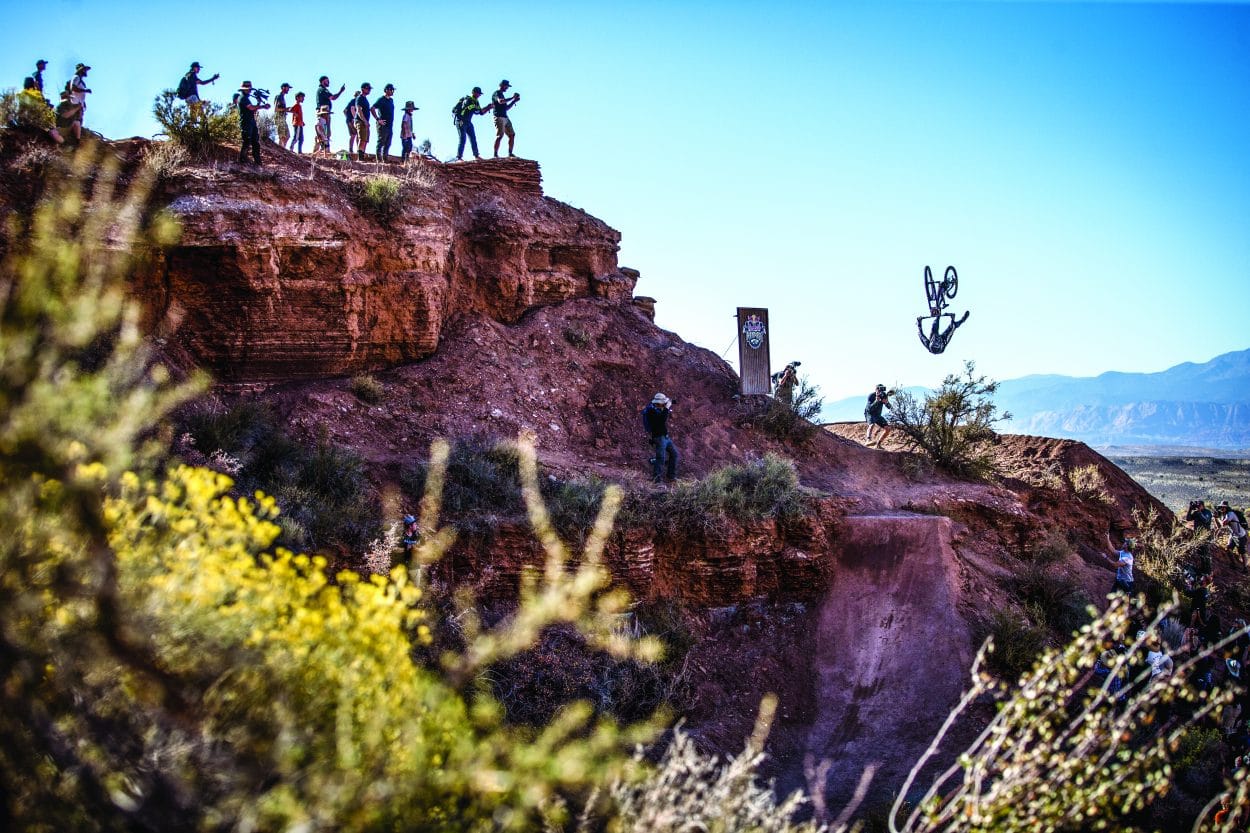 Each rider was allowed two runs down the mountain, with only the highest score counted for the final rankings. Most of the riders completed both runs while viewers around the world watched the event online at RedBull.com. 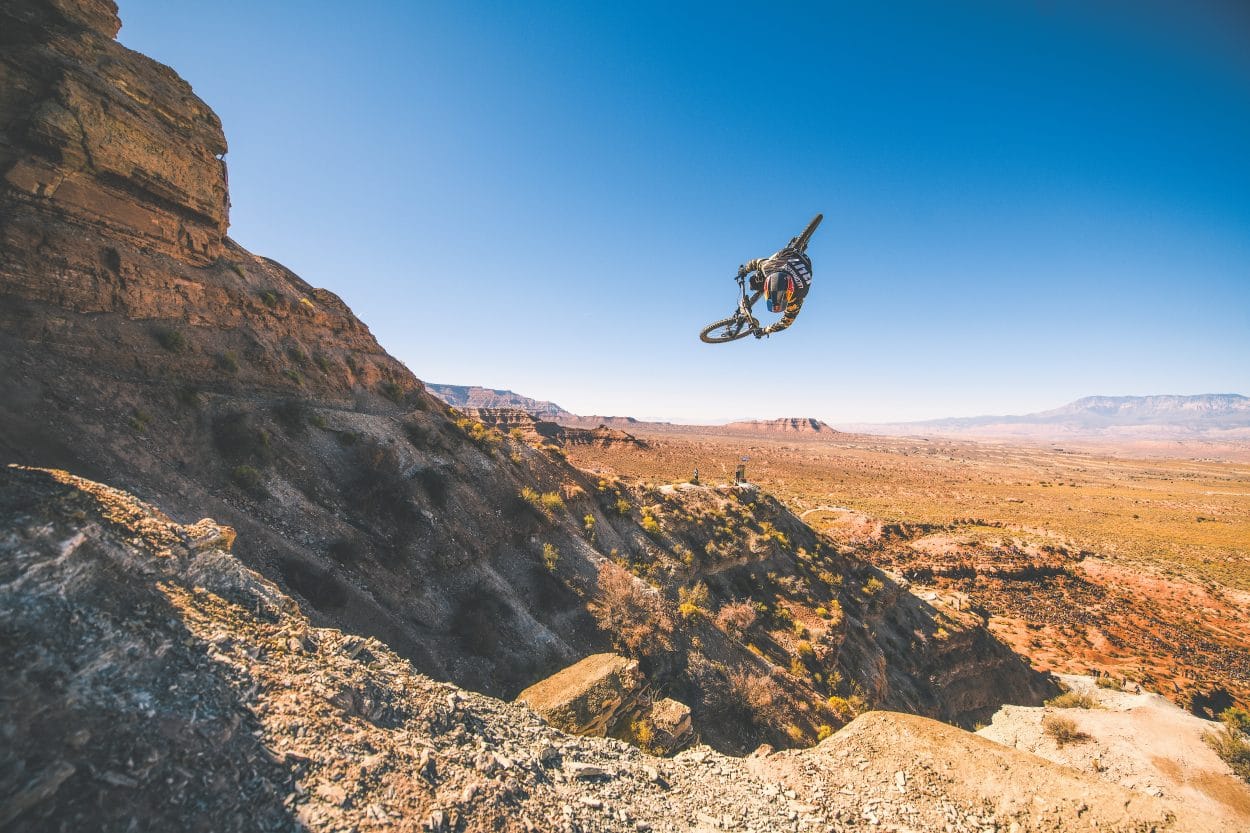 Andreu Lacondeguy looked impressive, but crashes in both runs ruined his chances for a second victory at Rampage. Photo by Paris Gore/Red Bull Content Pool 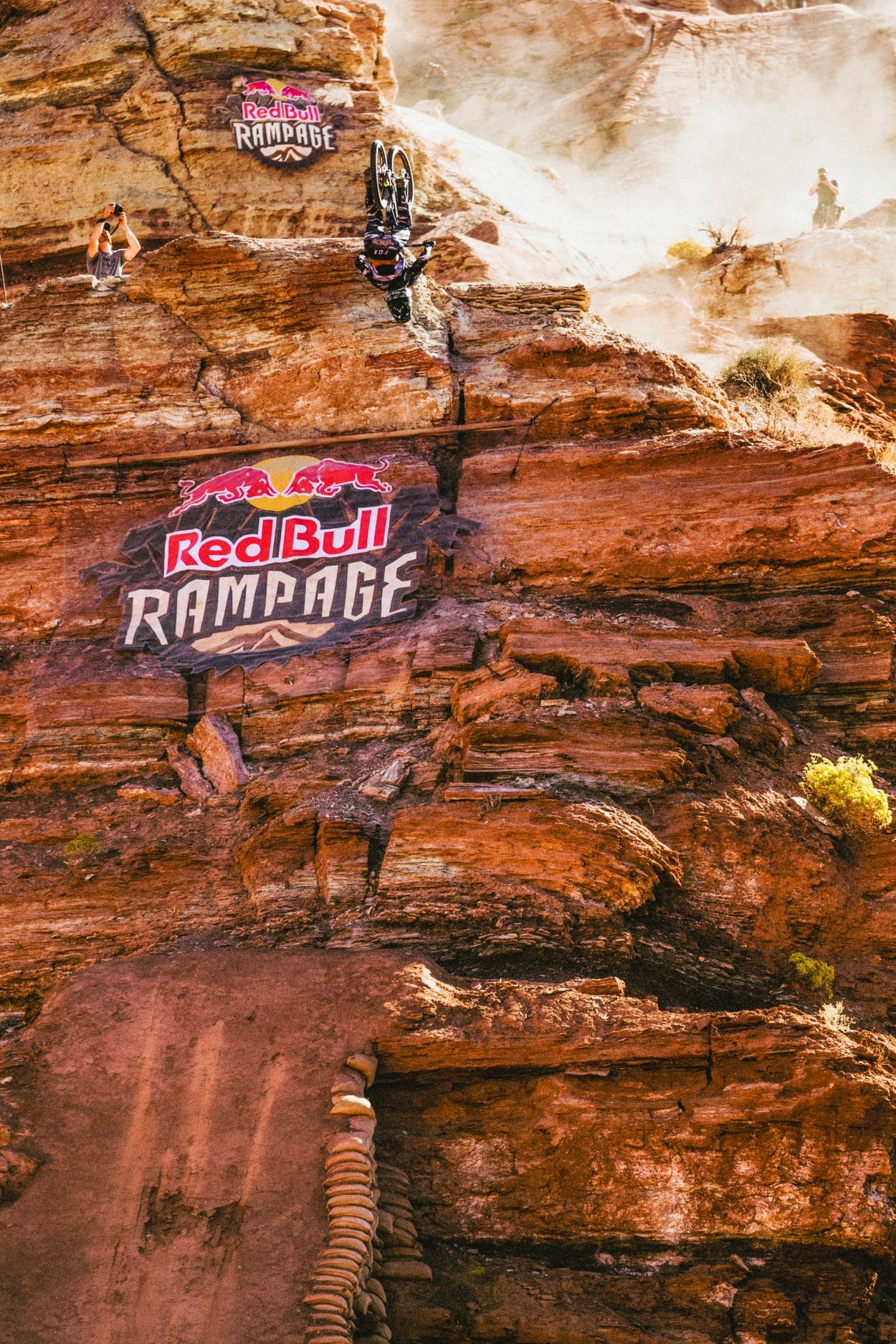 Ethan Nell backflips one of the craziest drops on the mountain. Photo by Peter Morning/Red Bull Content Pool 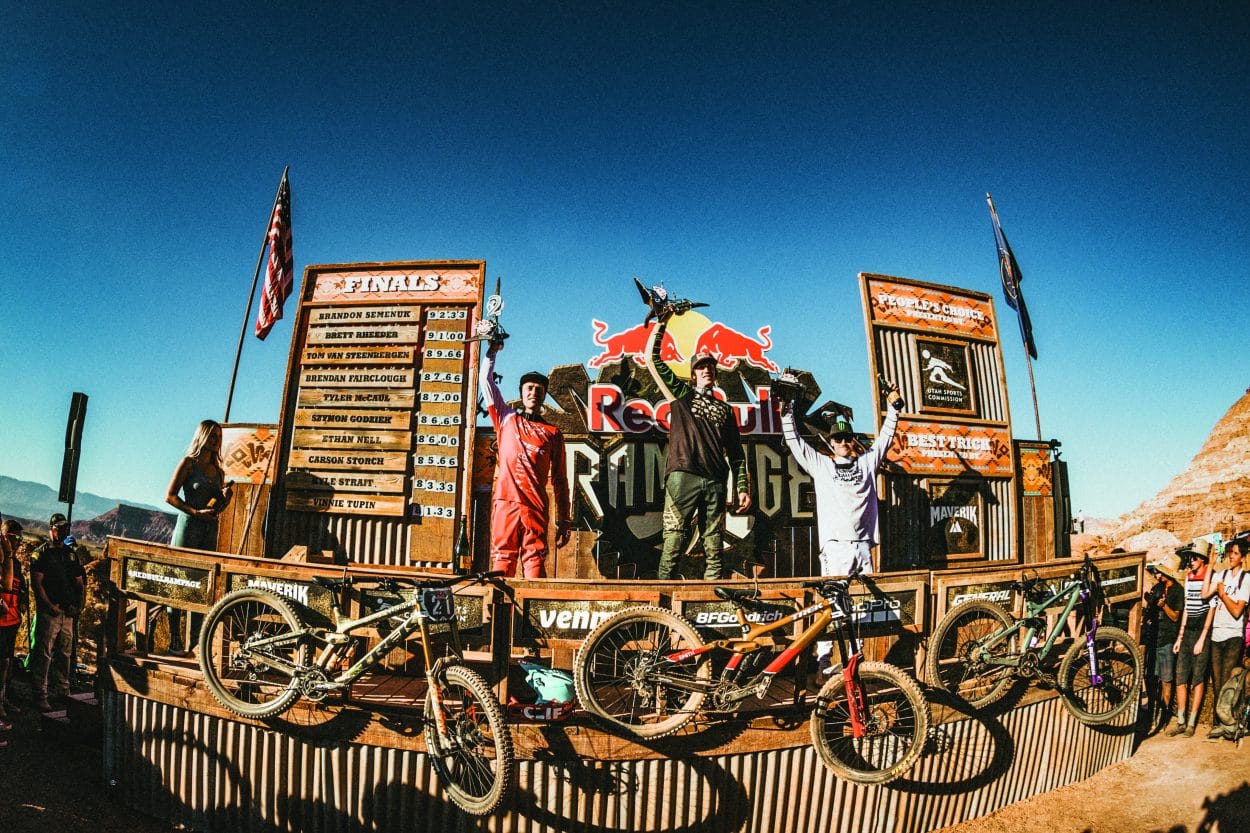 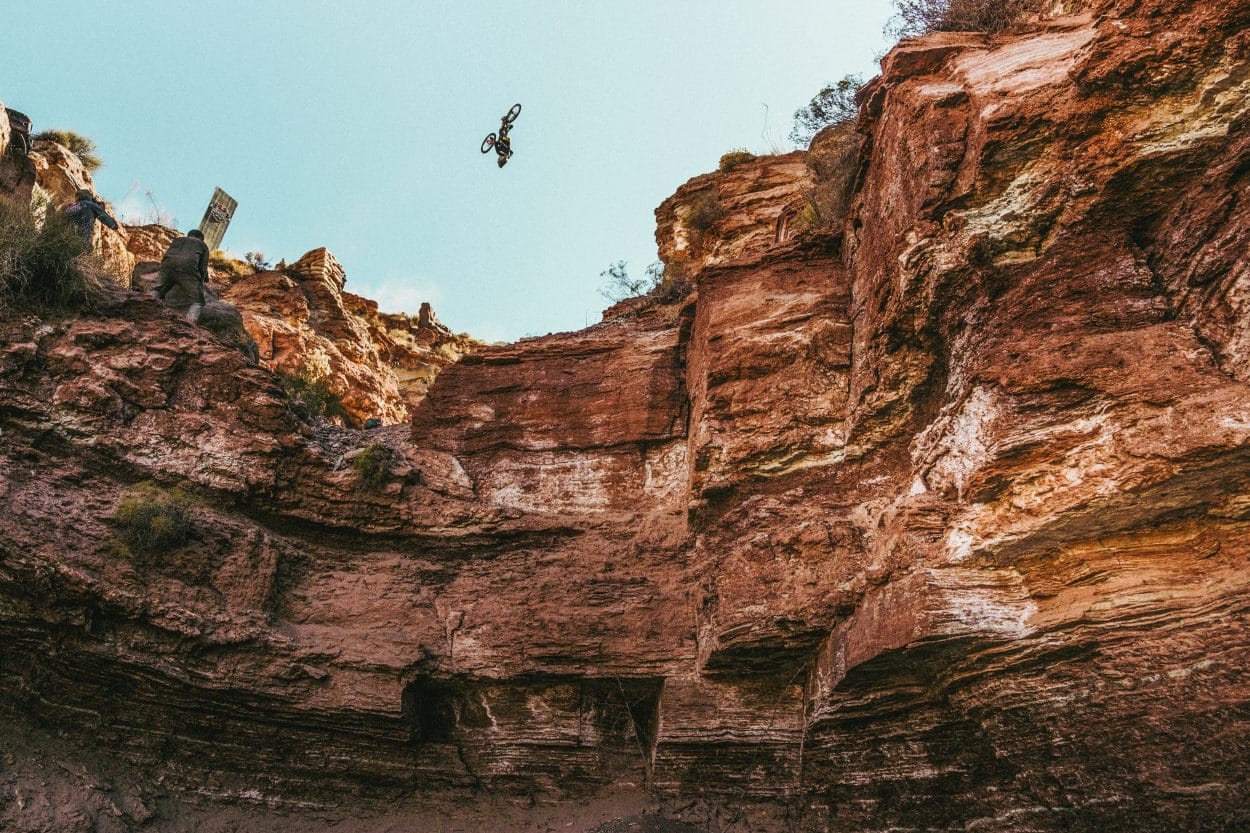 Randy is one of the few people who have been at the event every year since the beginning in 2001. He was a competitor the first three years, and he’s been a judge (and lately a builder) every year since. In his first year, Randy recalls, he got hit by a strong gust of wind in his second run, causing him to crash. He got knocked out when he hit the ground, then tumbled to a stop. When he came to, he found himself lying mere inches from the top of an 80-foot cliff. He got up, looked around, and finally spotted his bike lying at the bottom of the cliff. Amazingly, the bike was still rideable when he recovered it. Randy placed sixth in the standings that first year of the event, based on his first run. That was no small achievement. 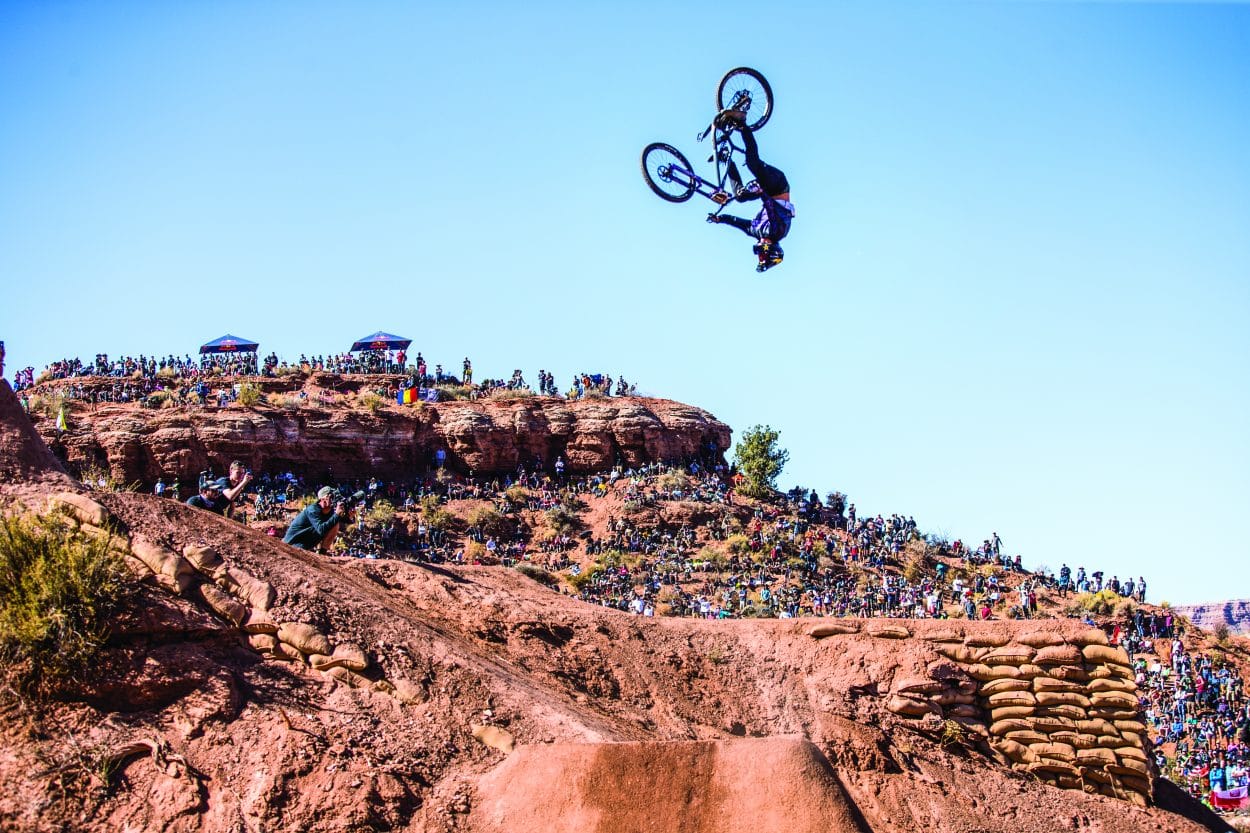 DJ Brandt backflips his way to 16th place. The scoring is tough here, where one mistake can cost a rider major points in his final score. Photo by Christian Pondella/Red Bull Content Pool 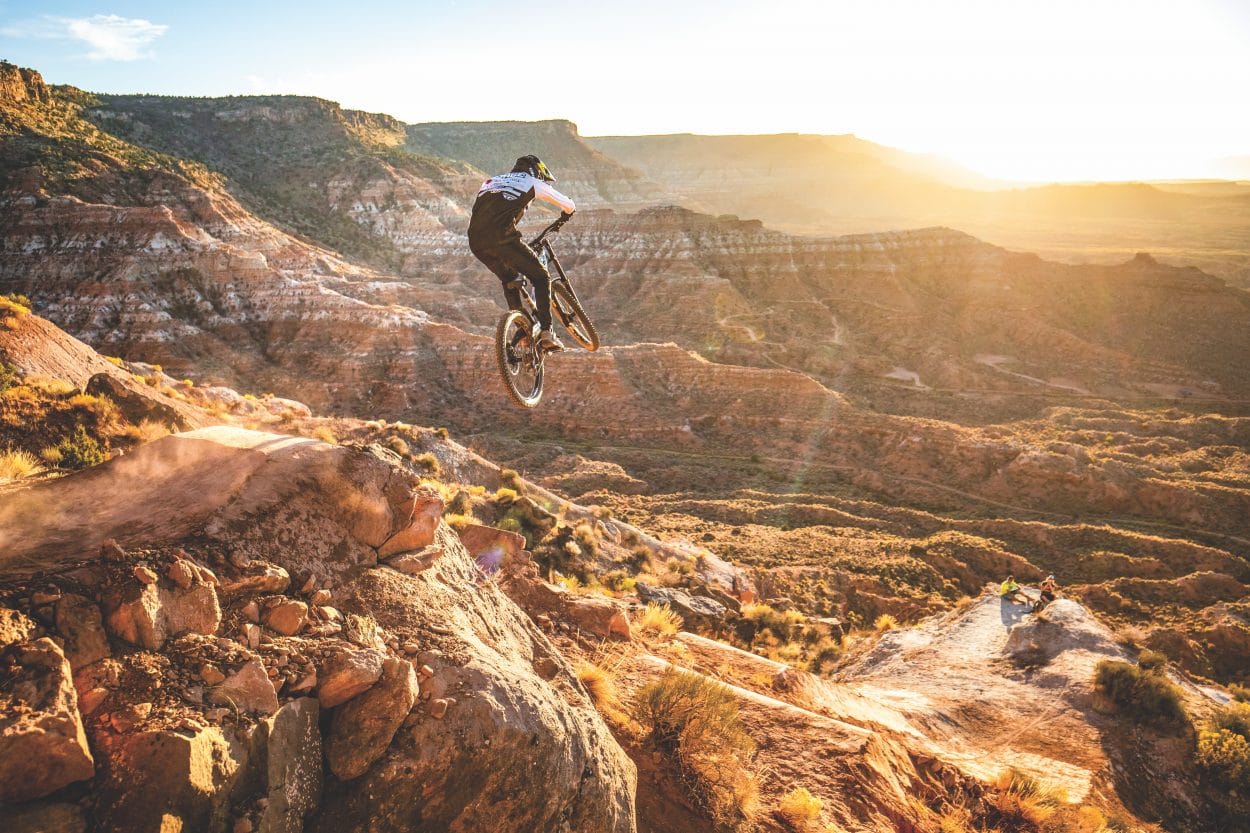 It’s good to have someone like Randy on staff who can identify with the riders when they want to wait for the wind to die down before starting a run. 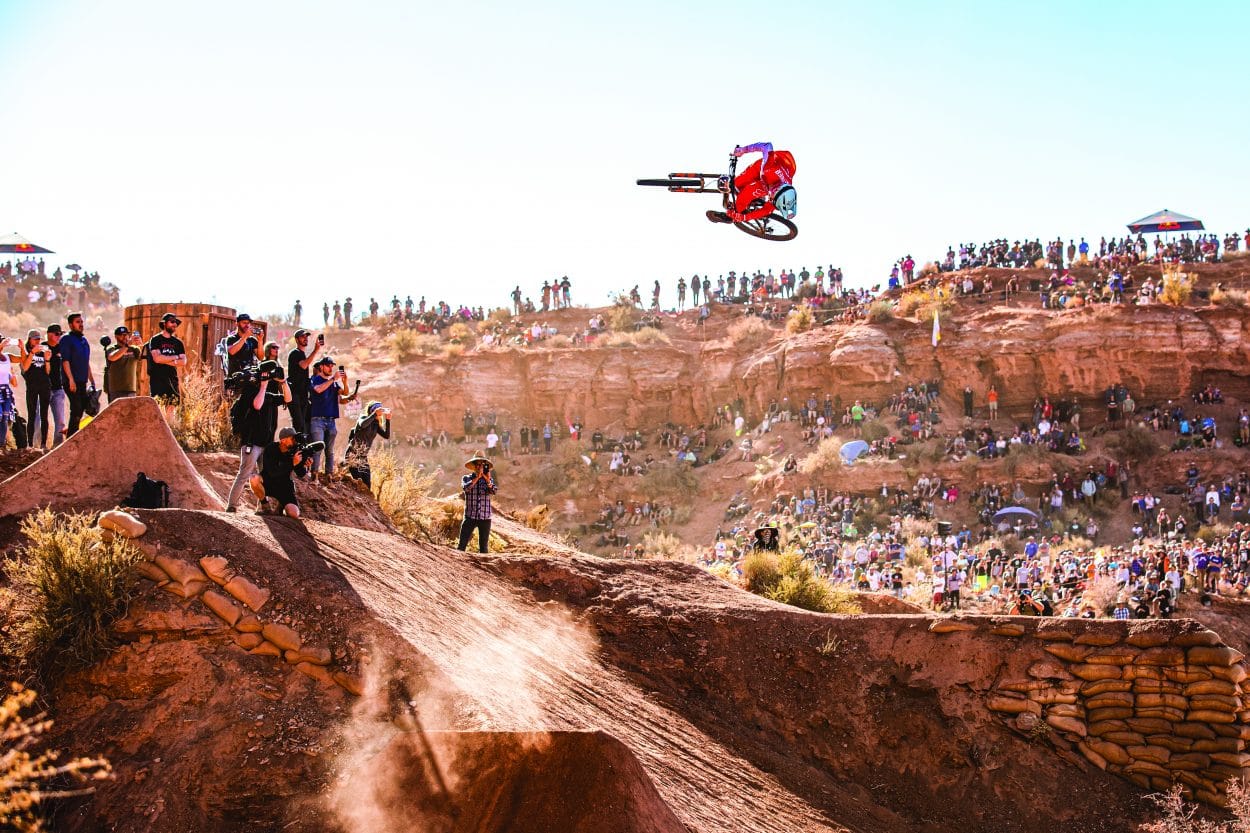 Brett Rheeder launches a flat-spin 360 for the crowd. They numbered in the thousands for the finals. Photo by Garth Milan/Red Bull Content Pool 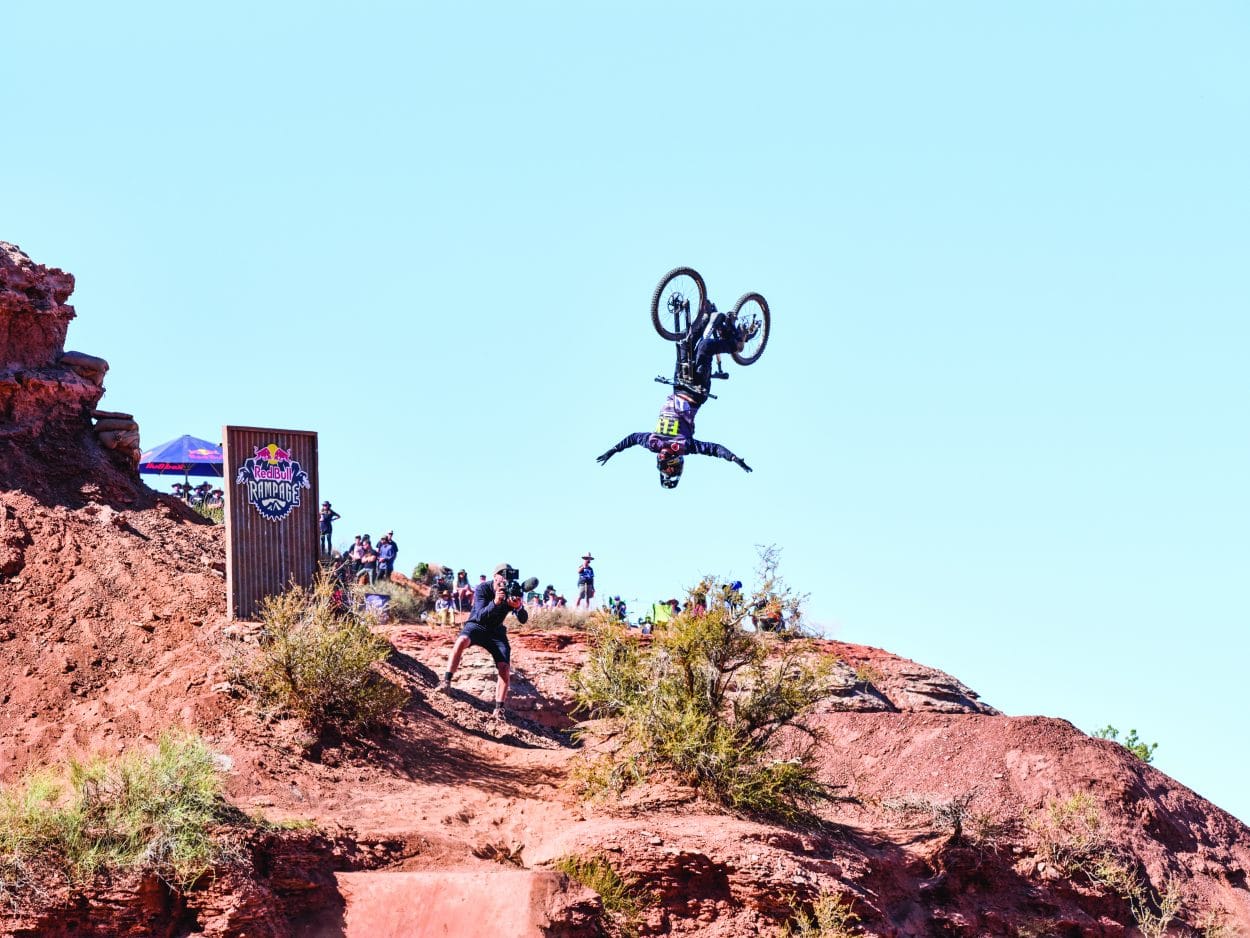 After winning Rampage three times in the past, Kurt Sorge ended up in 18th this year. Photo by Michael Clark//Red Bull Content Pool 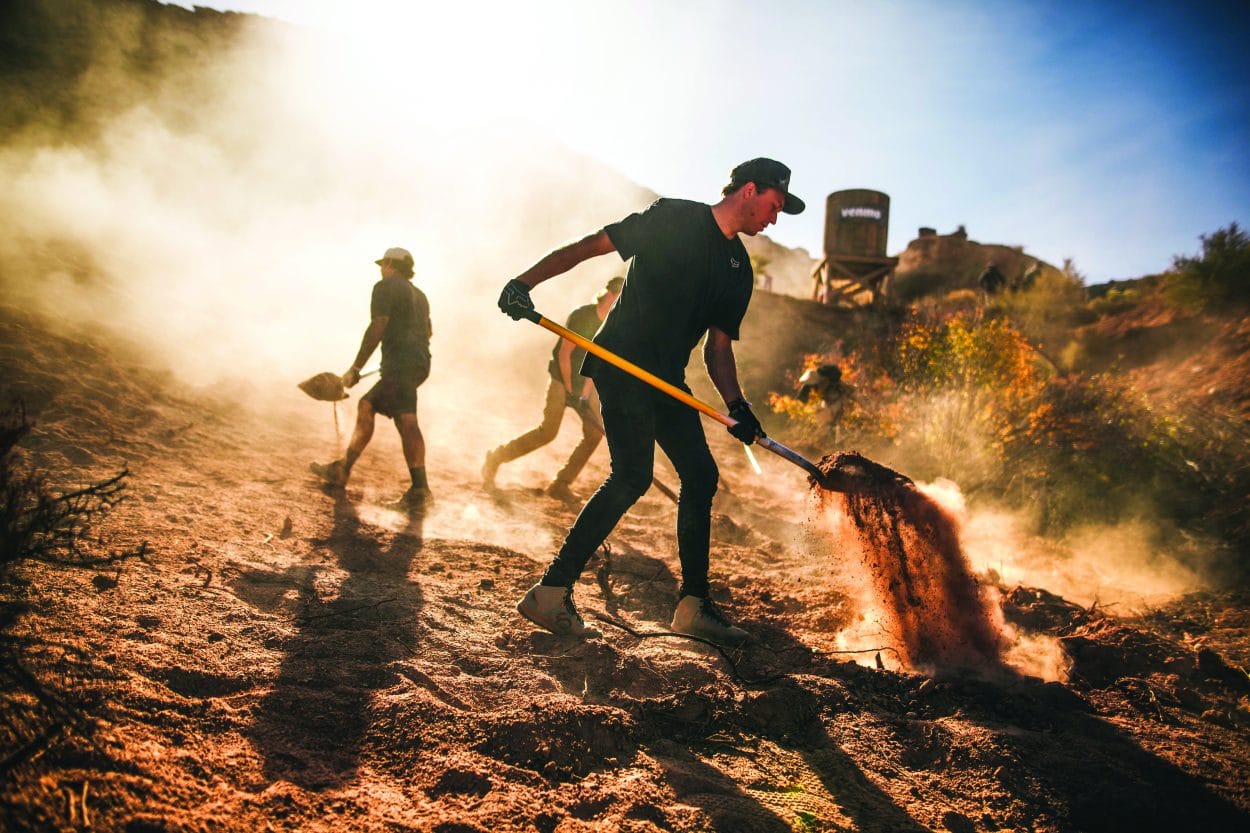 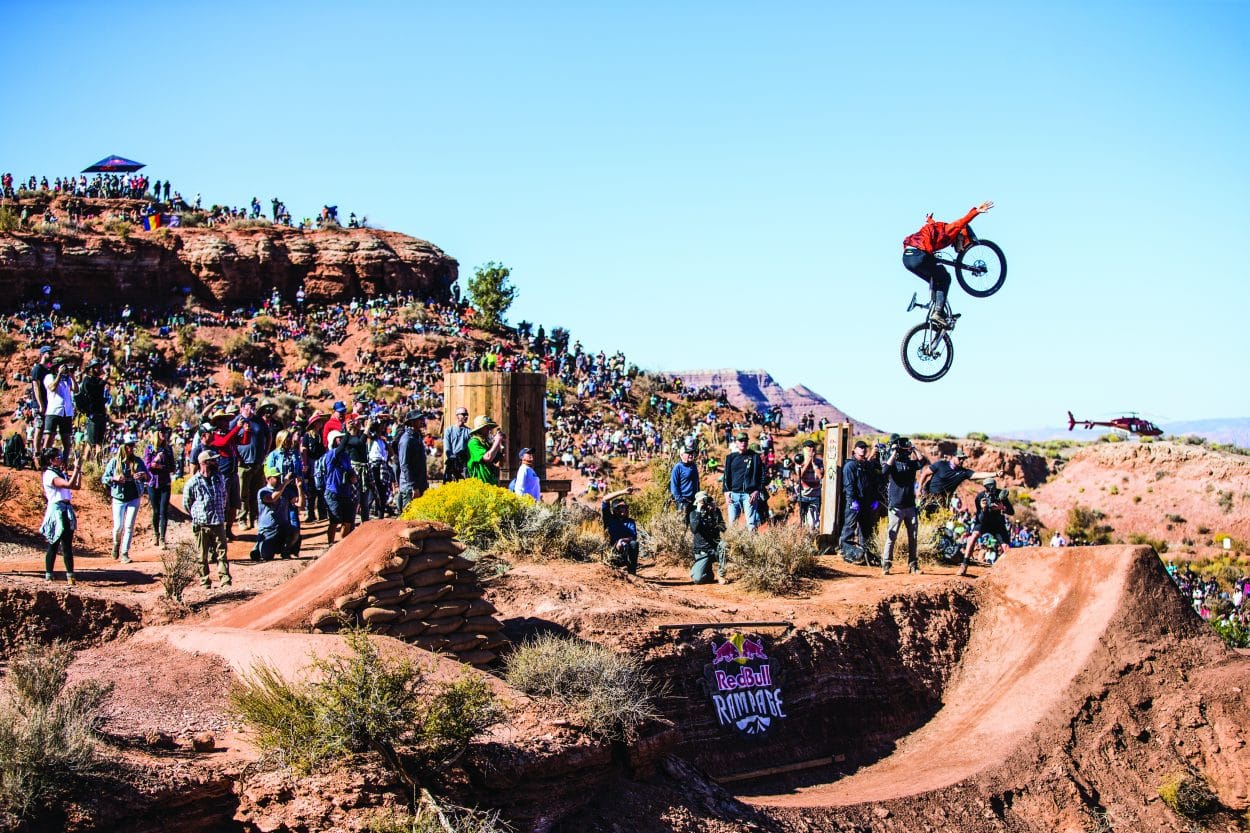 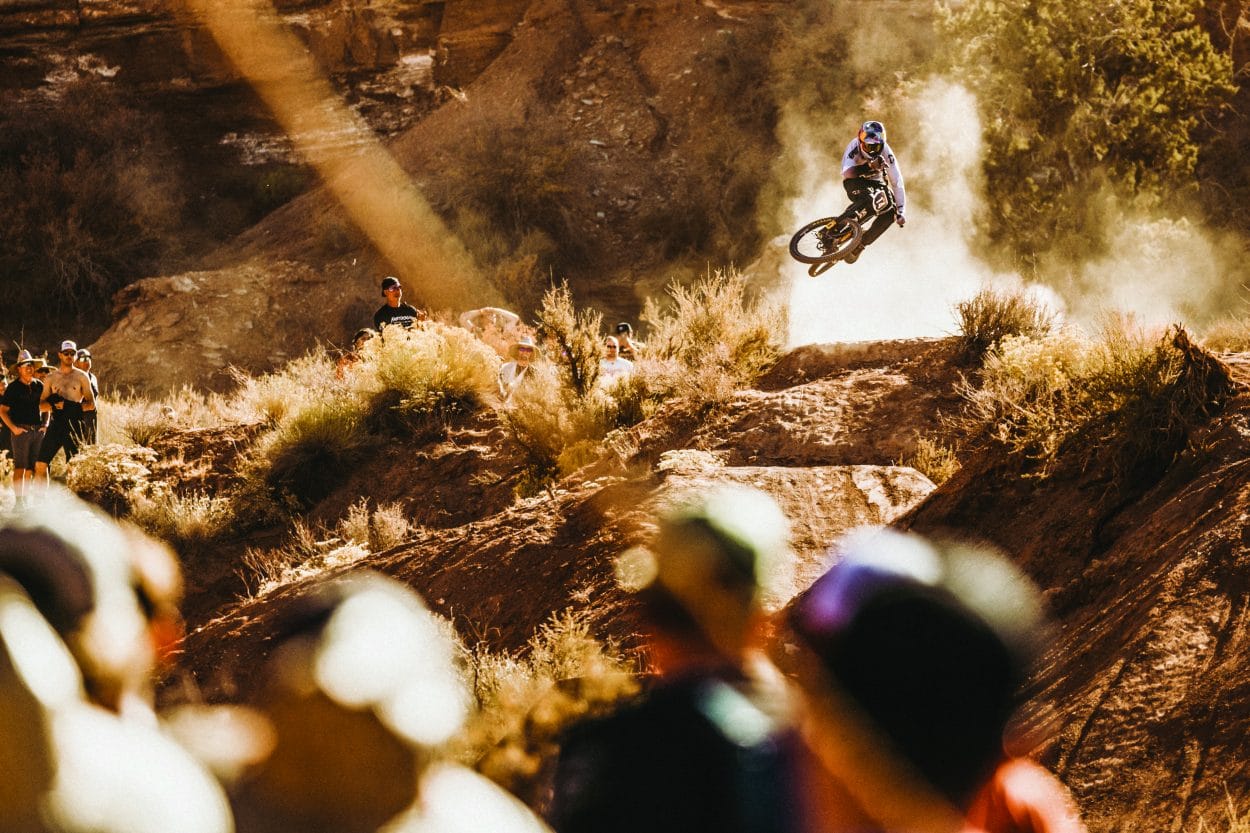 Symon Godziek won the People’s Choice Award in the voting by the viewers who watched the event live, around the world, online. Photo by Peter Morning/Red Bull Content Pool 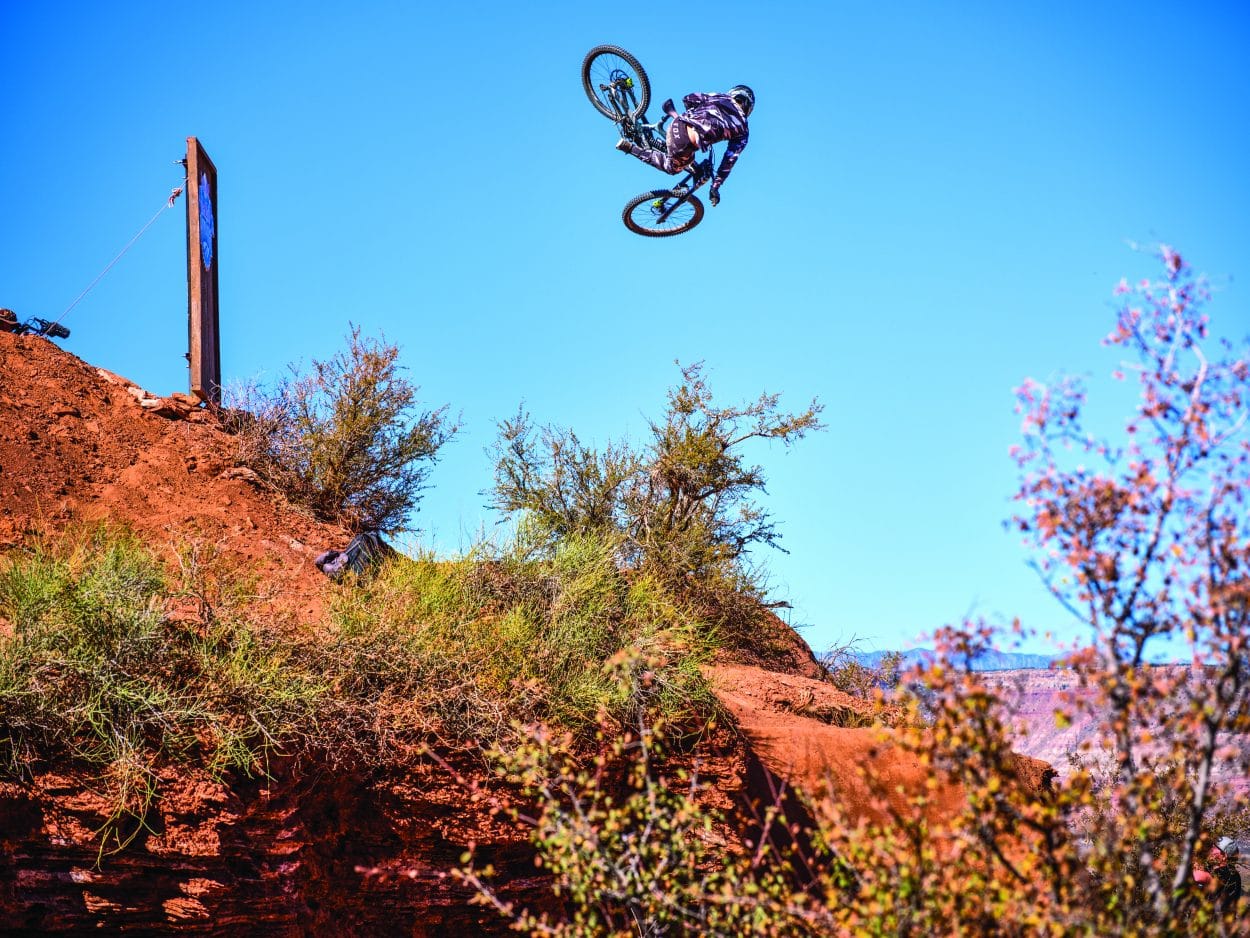 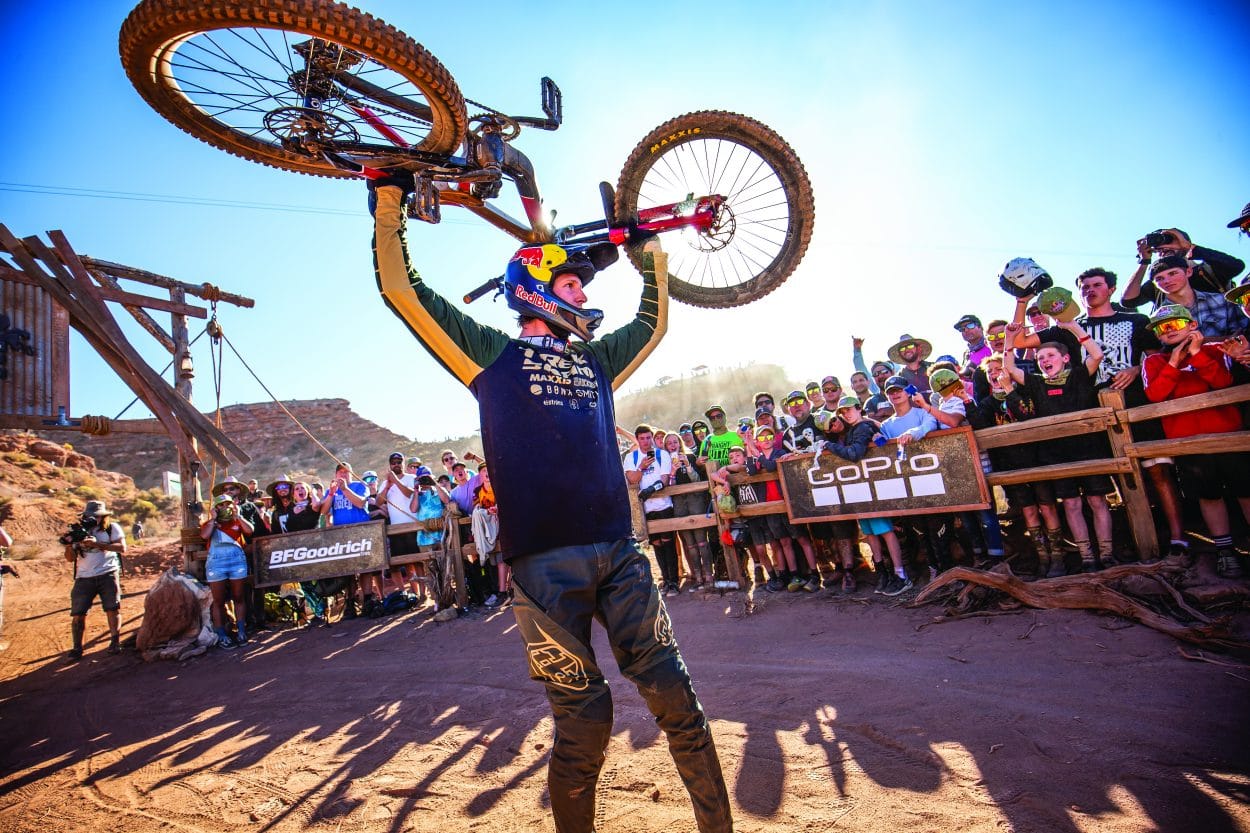 Brandon Semenuk was clearly stoked to win the event for the third time. Photo by Garth Milan/Red Bull Content Pool