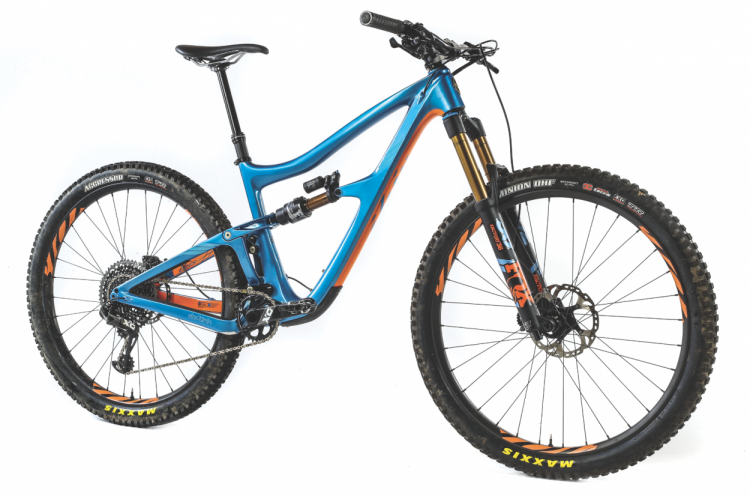 Ibis Cycles has a long history in the sport of mountain biking, with its first bikes being produced in Occidental, California. From custom-welded steel hardtails to its latest big-wheeled carbon fiber Ripmo, Ibis has evolved with the technological landscape. Recently, 29ers have been getting a lot of attention with revised geometries and suspension designs, making them better than ever. The Ripmo has garnered a good deal of attention from Ibis and has come out ahead of the competition.

The Ripmo was designed for enduro racing, with the ability to cross over into everyday trail riding. With complete build kits starting at $4100 and capping out at $9670, Ibis has an option to suit almost anyone’s bank account. With its bigger wheels, progressive geometry and longer suspension travel, the Ripmo will appeal to aggressive riders who tackle technical terrain on a regular basis.

Ibis defines the Ripmo as a combination of its 27.5-inch Mojo HD4 and Ripley LS 29er, blending the best of both worlds into one versatile package. The Ripmo uses 145mm of rear dw-link suspension with new kinematics to complement this new 29-inch platform. Up front, Ibis went with a 160mm-travel Fox 36 fork for those burlier trails, giving aggressive riders all the support they need. Ibis used this suspension combination to deliver the most versatile bike Ibis has ever produced.

Enduro geometries have been evolving, and the Ripmo is a big step forward for Ibis. Compared to the Mojo, the Ripmo has a reach almost an inch longer with a 65.9-degree head tube angle. Ibis steepened the seat tube angle to 76 degrees and spec’d a 44mm-offset fork to give the bike a livelier feel when descending. This isn’t the first bike we have tested with a shorter fork offset.

The frame design offers fully internal cable routing with a more durable threaded bottom bracket shell. The seat tube is shorter to allow for longer dropper posts, even on the smallest frame size. Ibis has been designing its bikes with more tire clearance, and the Ripmo has the ability to run up to 2.6-inch tires. The rear triangle has Boost spacing and 435mm chainstays for all four sizes. One final touch that makes the Ripmo stand out is the ability to run a bottle inside the main frame, even with the larger Float X2 shock.

Ibis sent us its SRAM X01 build kit with its own carbon rims laced to Industry Nine Torch hubs. Along with the drivetrain were a pair of Shimano XT brakes and a 175mm-travel KS Lev dropper. We didn’t have any complaints with the build kit; every part felt appropriate for the intended use of the Ripmo. The major standout for our test riders was the Fox suspension and the versatility it provided in terms of dialing in the ride quality. 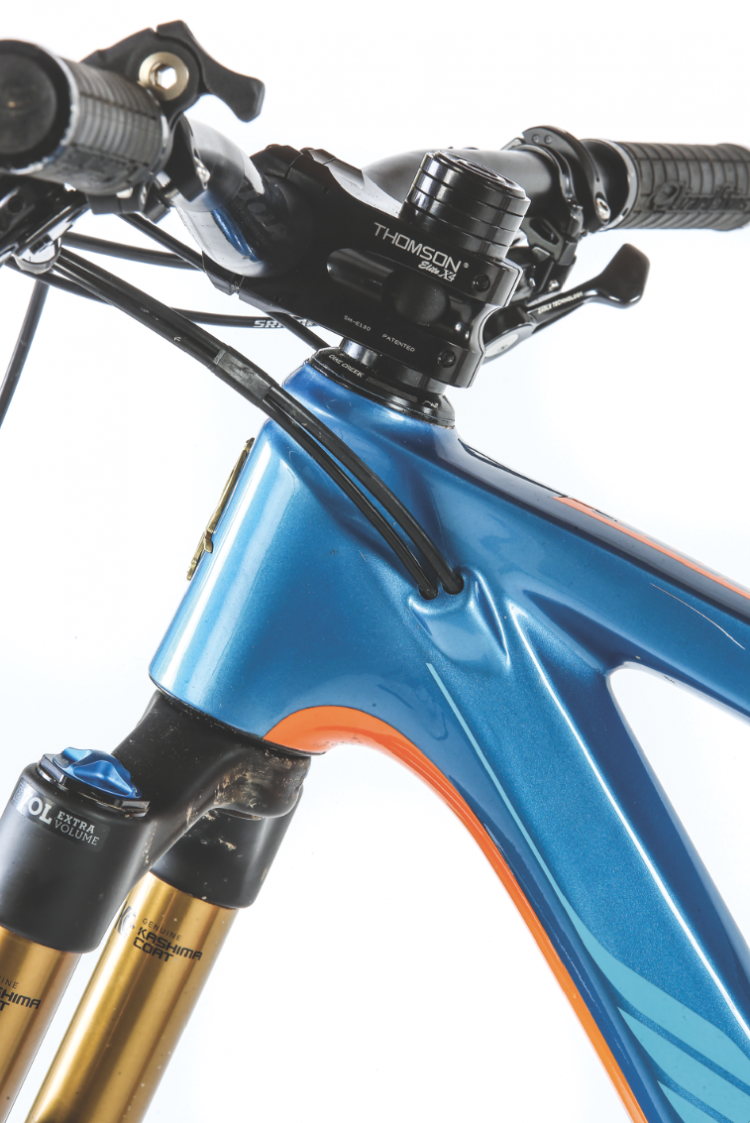 Suspension setup: Ibis offers the Ripmo with two shock options—the Fox DPX2 or a Float X2. Our test bike came with the Float X2 with a compression switch. This shock can be a little intimidating to set up, as it has high- and low-speed compression adjustments, along with high- and low-speed rebound options. We used Ibis’ recommendations for the shock setup with 25-percent sag. This air pressure worked well for most of our test riders. We opted to run the shock with a little more low-speed compression to keep from using the lever when climbing. The Fox Factory 36 fork was a little easier to set up at 20-percent sag with two volume reducers. We ran the low-speed compression several clicks in for plenty of support when climbing or charging out of the saddle. 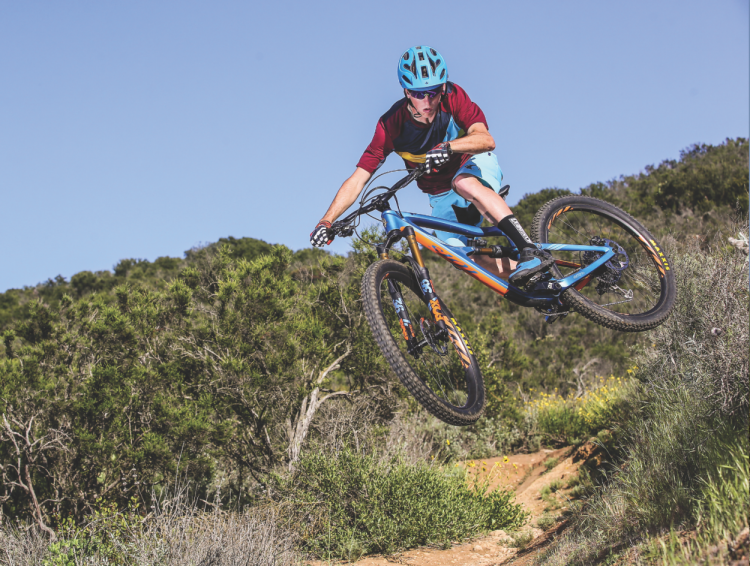 Moving out: The Ripmo was designed with a low seat tube to allow for longer-travel dropper posts on all frame sizes. Our size large came with a 175mm-travel KS Lev post, giving us all the clearance we needed when descending steep terrain. The longer, progressive reach, combined with the short 50mm stem, felt comfortable and not overly stretched out. Ibis spec’d our bike with a Maxxis Minion DHF 2.5 front tire with a 2.5 Aggressor in the rear. Mounted on the 38mm rims, the tires had a robust profile with plenty of air volume for a good balance of traction and speed. 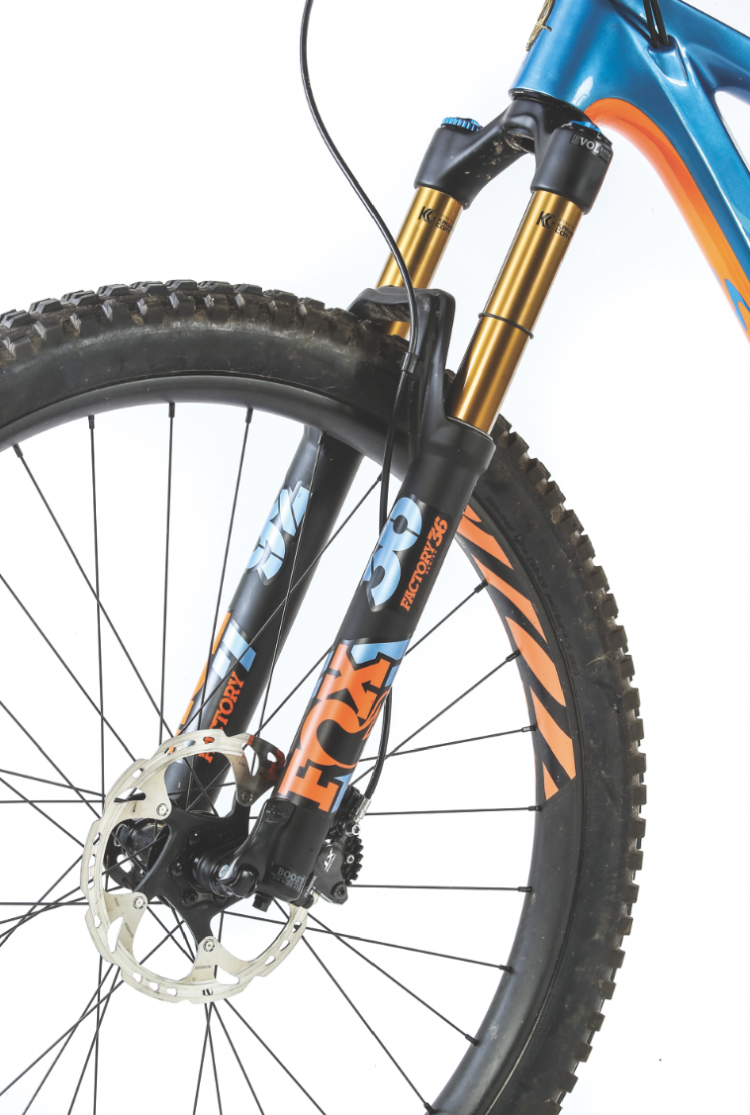 Climbing: We were surprised at just how well the Ripmo could climb, especially with the burlier tire spec. The 76-degree seat tube angle gave us an efficient position that allowed us to shift our weight forward over the bars when hitting steep or technical punches. The rear tire hooked up well on rocks and loose terrain, adding to the climbing capability of the Ripmo. Out of the saddle, the frame and rear triangle were stiff but still responsive. With our suspension setup, our test riders didn’t bother with the compression switch on the shock; they felt that the suspension had enough pedaling support. Compared to other bikes in this suspension category, the Ripmo is an efficient climber, but we wouldn’t call it a cross-country race machine. 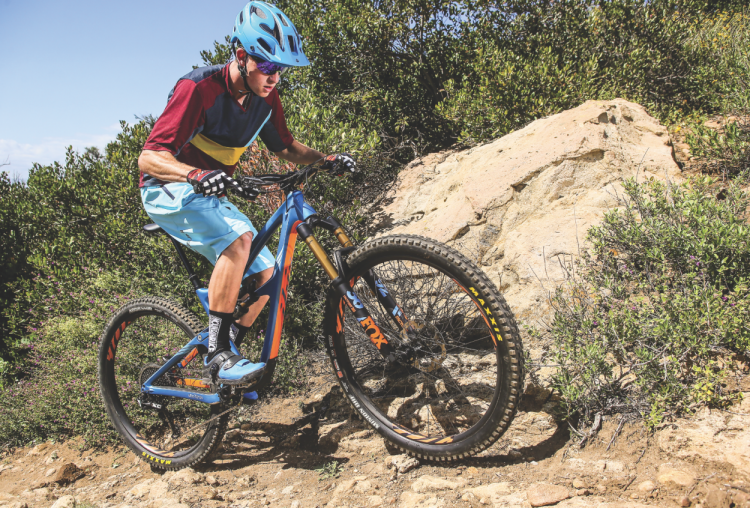 Cornering: Most 29ers have a less-than-stellar reputation when it comes to cornering, especially longer-travel versions. The short 435mm chainstays on the Ripmo made for a bike that could be pulled through banked turns and switchbacks comfortably. Up front, the Minion tire dug deep into the soil, giving us all the traction we could ask for. At slow speeds, the shorter fork offset made the front end a touch livelier and easier to control, allowing for more precise steering.

Descending: The Ripmo is a very controlled and well-balanced machine with a surprising range of ability and versatility when descending. We rode everything from steep rocky trails to flowing, groomed singletrack. No matter what we rode, the Ripmo felt right at home. It took us a couple of rides to get settled into the reworked frame geometry, but once we did, we couldn’t have asked for more from the Ripmo. The larger, 29-inch wheels made easy work of chatter, and the suspension soaked up big hits effortlessly. At low speeds, the Ripmo was surprisingly nimble and easy to maneuver through technical terrain, with the Maxxis tires doing their job effectively.

While the Ripmo felt comfortable on various trails and at a variety of speeds, it really just wanted to go fast. We pushed the bike hard several times in terms of speed and never felt like we reached its limits. The faster our test riders pushed, the more stable and controlled the Ripmo felt. The rear suspension tune was quite efficient and tracked well at higher speeds, even over rough chatter that would normally cause us to lose a line. 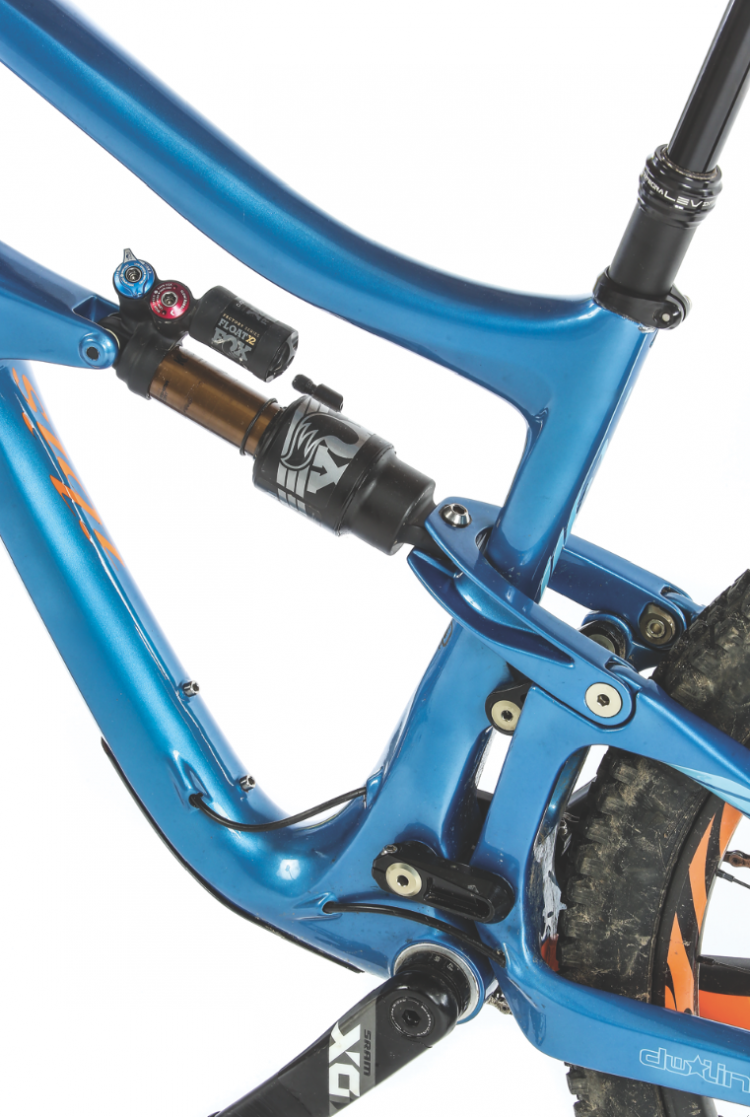 Braking: Shimano XT brakes are some of the most versatile stoppers currently on the trail. The 180mm front and rear rotors gave us all the power we needed to control the bike down steep pitches. In warmer and colder temperatures, the XT brakes were consistent and didn’t leave us feeling under-gunned.

Our test bike came stock with an over-the-bar remote for the dropper post. Considering that our bike was set up as a 1x, we would have definitely opted for an under-the-bar remote from KS or Wolf Tooth. Most of our test riders also agreed that a wider set of 760mm- or 780mm-wide bars would have been more appropriate than the 740s that showed up on our test bike. Given the versatility of the suspension design and climbing prowess, the Ripmo could be converted into more of an everyday trail bike with a slightly lighter set of wheels and narrower tires (2.3–2.4). We had no issues with the stock setup, but if you want to squeeze a little more efficiency from the Ripmo, shedding a few grams might be worth the extra coin.

Climb up and rip down; it’s just that simple with the Ripmo. The art of “earning your turns” has been getting lost with some of these longer-legged enduro bikes that are more shuttle than pedal-friendly, but the Ripmo is just as rewarding on the descents as it is on the climbs. Whether aggressive trail riding or serious racing, the Ripmo can handle just about anything. 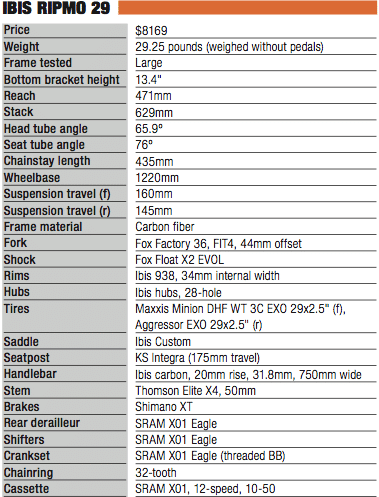