to find the locations and put together the crew to make the film. They then had to get the permits to film those locations and line up the riders to ride there. Lodging, trucks, cameras and sound equipment all had to be lined up and ready to go. 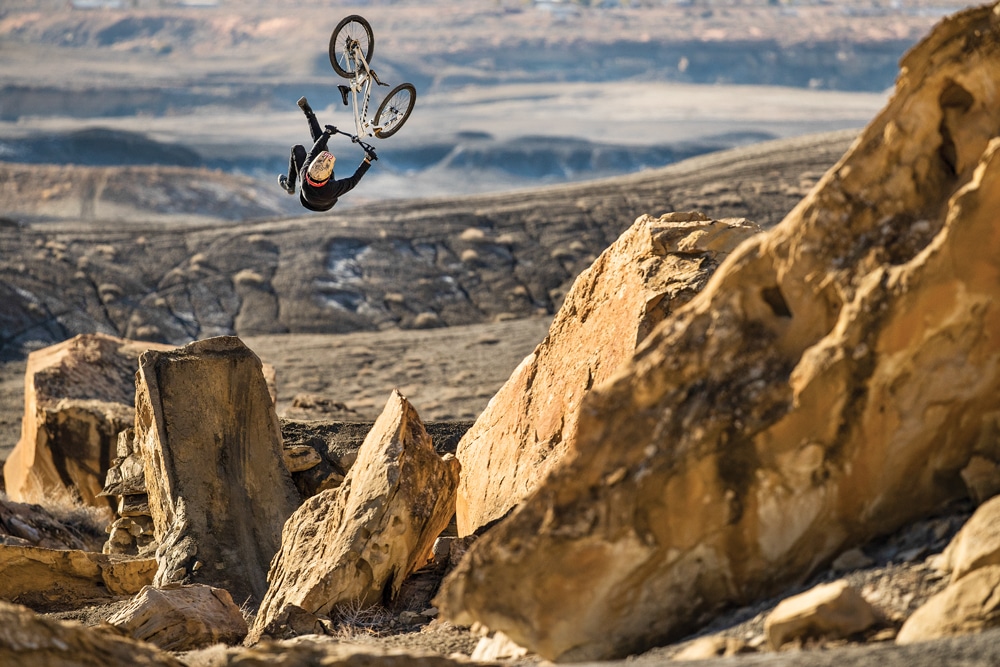 Rheeder throws a flip whip (a backflip-tailwhip combination) over the boulders in Utah.

The trails and jumps seen in Return to Earth often had to be custom-built and tailored specifically for the filming. Trail building crews from some of the top bike parks in the world had to be flown to some locations two weeks in advance of the filming to shape the berms, build the jumps and design the landings that the riders would need for each segment of the film. 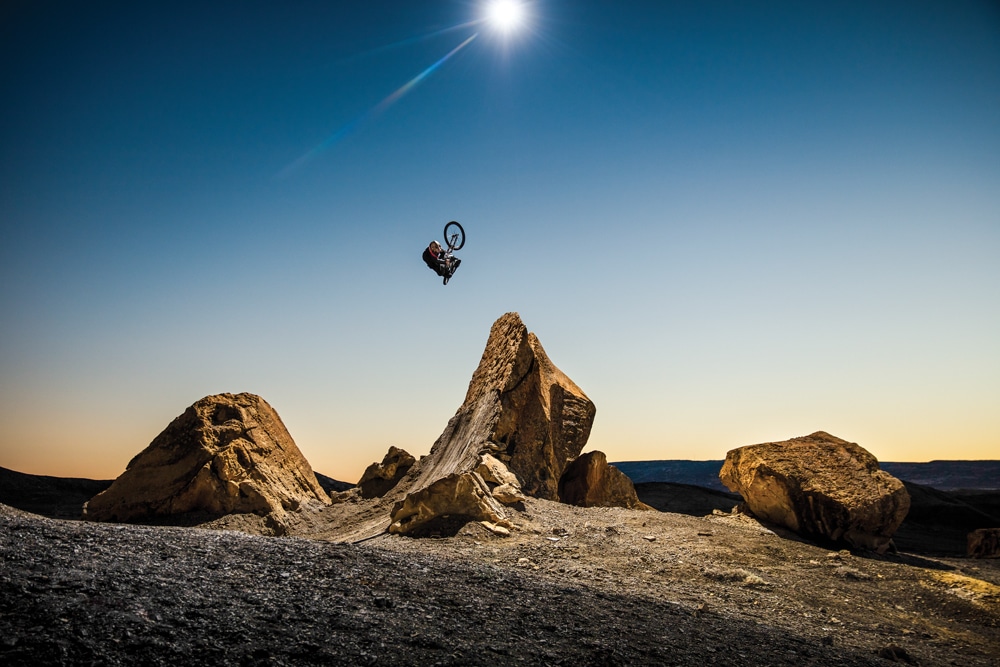 Brett Rheeder gets inverted in Utah while Sterling’s drone lights the scene from above.

The riders themselves had to be present for much of the trail preparation, too. They were the ones who would be faced with the challenge of completing the jumps and any other radical moves that would make the film a joy to watch.

Once the trails, riders and the film crew were all ready, they still had to wait for the right light and weather conditions at each location in order to make sure that every scene would look as good as possible. 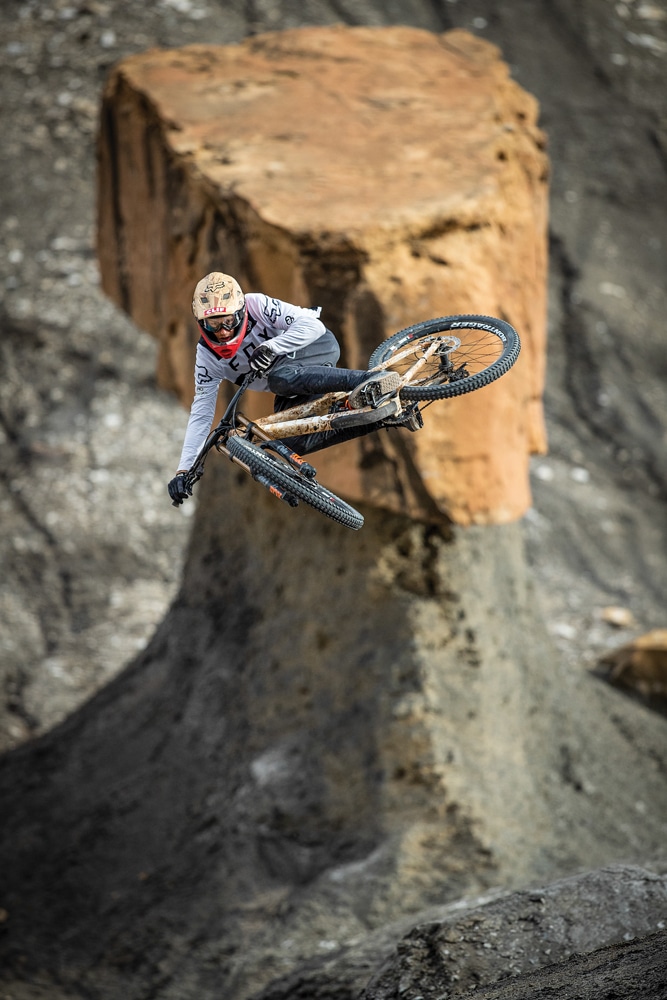 Brett lofts some major air over the monolithic rocks of southwestern Utah.

The riders then had to nail their tricks, landing safely after every stunt they completed, so they wouldn’t get hurt. They had to push the limits, but they also couldn’t afford to get hurt. One bad crash could take a rider out of the project for six weeks or more and force the producers to find another rider to replace him.

After the filming was completed, the filmmakers…