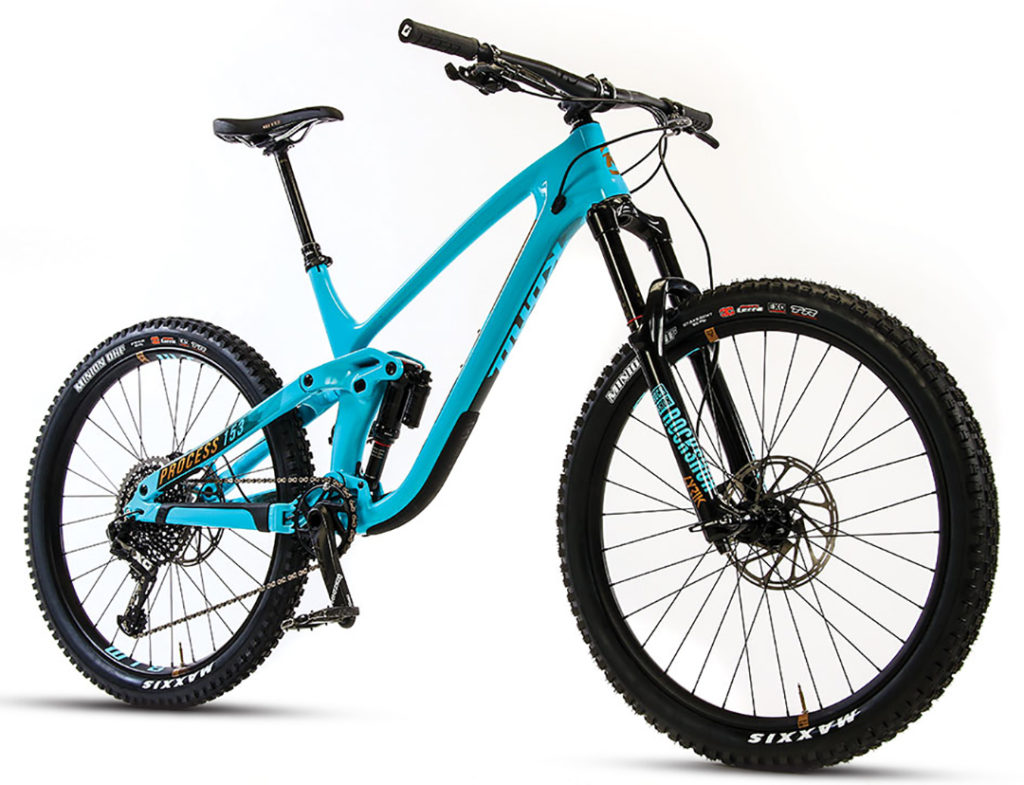 Kona initially launched the Process line back in 2014, and in the process (pardon the awful pun), developed a cult following of riders who were sold on the idea that it is possible to design a bike that can truly do it all. Kona has made several versions of the Process, with many different travel lengths and all different wheel sizes. For Kona, a bike being in the Process line doesn’t mean that it’s an enduro bike or a cross-country bike, nor does it mean that it’s limited to trail riding or bike-park laps. Heck, these guys don’t even abide by the traditional bike categories, where a bunch of stuffed shirts sit around in a conference room with a whiteboard saying, “We need a 120-millimeter bike, a 140-millimeter bike and a 160-millimeter enduro bike. What do we do at the end of the day for low-hanging fruit?” It’s quite the opposite at Kona. These guys design the bikes they want to ride. That’s how the Process 153 came to be, and it’s finally available in carbon. 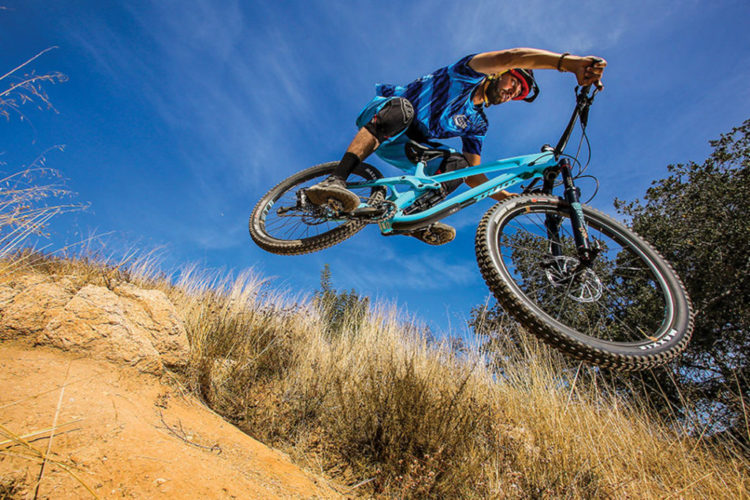 We’ve tested several Kona Process bikes in the past, but this is the first time Kona has offered us one with a carbon fiber frame. The Process 153 CR/DL is carbon throughout, with the exception of the aluminum chainstays. Kona opted for alloy chainstays for the sake of durability. The bike uses a new geometry with a low standover height and a shorter rear end, along with a slightly steeper seat tube angle. The main pivot on the seat tube was also pushed forward to allow for a deeper insertion for longer dropper posts. Each frame gets a size-specific dropper, with our size large getting a 170-millimeter-travel RockShox Reverb. Kona kept the tire clearance on the rear triangle to 2.5 inches with Boost spacing. The underside of the downtube has built-in guards to protect it from rock strikes and other trail debris. Compared to the first generation, the new Process has a completely revamped suspension design called Beamer that takes cues from a four-bar design. The Beamer suspension uses a trunnion-mounted shock that has been tuned for a dedicated balance of pedaling support and progressiveness. For the linkage, Kona uses a massive 20-millimeter main pivot bearing similar to the one used on its downhill bikes for added durability. With the move to the new suspension and shock design, Kona was able to make room in the main frame for a water-bottle cage. 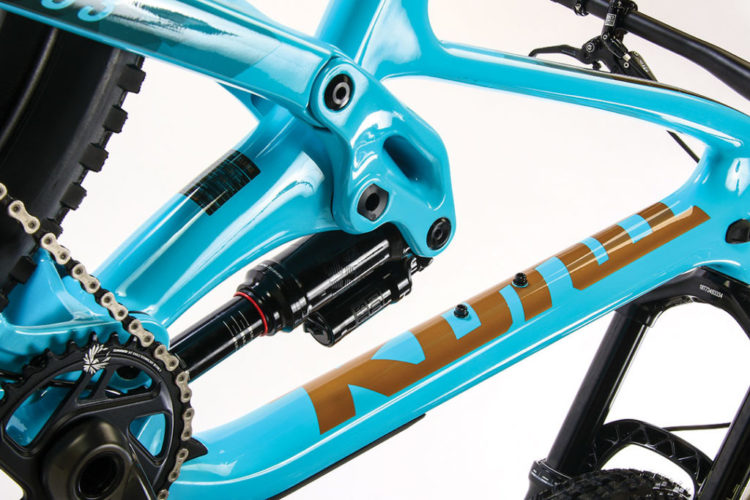 The Process CR/DL comes with all the right fancy parts, including a suspension package from RockShox. The Super Deluxe shock is simple to set up and allows for enough adjustment. More technically oriented riders will have plenty to tinker with. Up front, the Lyrik fork was supple and gave our test riders plenty of support when the trail got rowdy. Kona spec’d WTB’s new Asym i29 rims, which added to the burly, durable feel of the Process. The SRAM Eagle drivetrain gave our test riders plenty of gearing to choose from and shifted consistently during our testing. 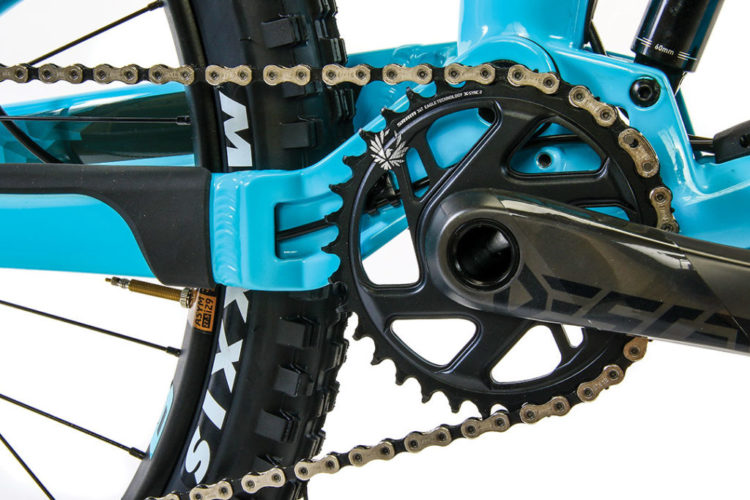 Moving out: The Process G2 has a very progressive geometry with a long front center, short chainstays and an impressively low standover height. Swinging a leg over our test bike, the wide 800-millimeter bars and short 50-millimeter stem gave us an aggressive position, although some of our test riders opted for slightly narrower bars. We dropped the stack height on the handlebars halfway down to get our weight a little lower. With the fit dialed in, our test riders were blown away by how balanced the geometry felt, especially once they hit the dirt.

Suspension setup: One of the goals for the Process was to make the setup easy to understand for riders who don’t “geek” out over suspension. They hit the mark. Setup is easy. We set the sag at 30 percent in the shock with three clicks of rebound damping. In the fork, we ran 20-percent sag with one Bottomless token After a couple of rides, we increased the air pressure in the shock to 25 percent and stayed there for the duration of our test. More aggressive riders might want to fine-tune the air volume in both the fork and shock; however, for riders who simply want to set it and forget it, the stock tune works quite well. 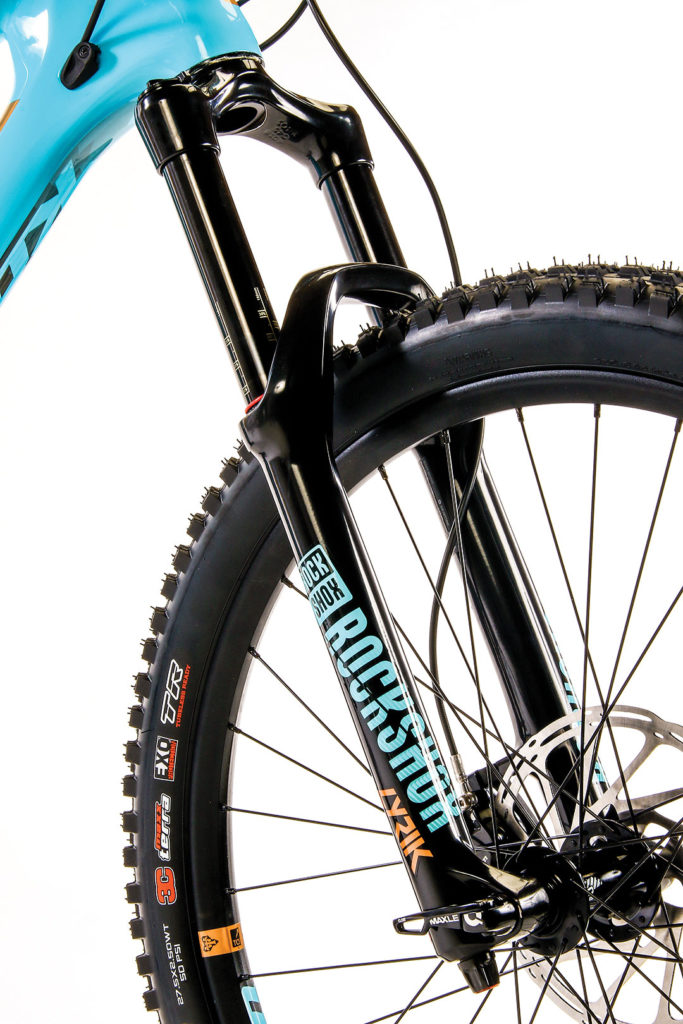 Climbing: This iteration of the Process climbs better than previous models thanks to the geometry changes. That doesn’t make it a cross-country bike, but it certainly gets you to the top of the hill quicker. Out of the saddle, the frame was stiff and responded to our pedaling efforts. The steep seat tube angle allowed us to push our weight forward to crawl over rooted and rocky climbs.

Descending: On wide-open, high-speed trails, the Process tracked the trail like a cheetah chasing a gazelle. The only difference was it could also hunt down any bonus lines it could find along the way. It’s a quick but confidence-inspiring bike. On slow, technical rock slabs, the suspension transformed the bike into a capable rock crawler that tracked the terrain effortlessly, further improving our confidence. The Process is deceptively quick and is more than capable of plowing over technical bits of trail but is playful enough to let riders pick their way through. 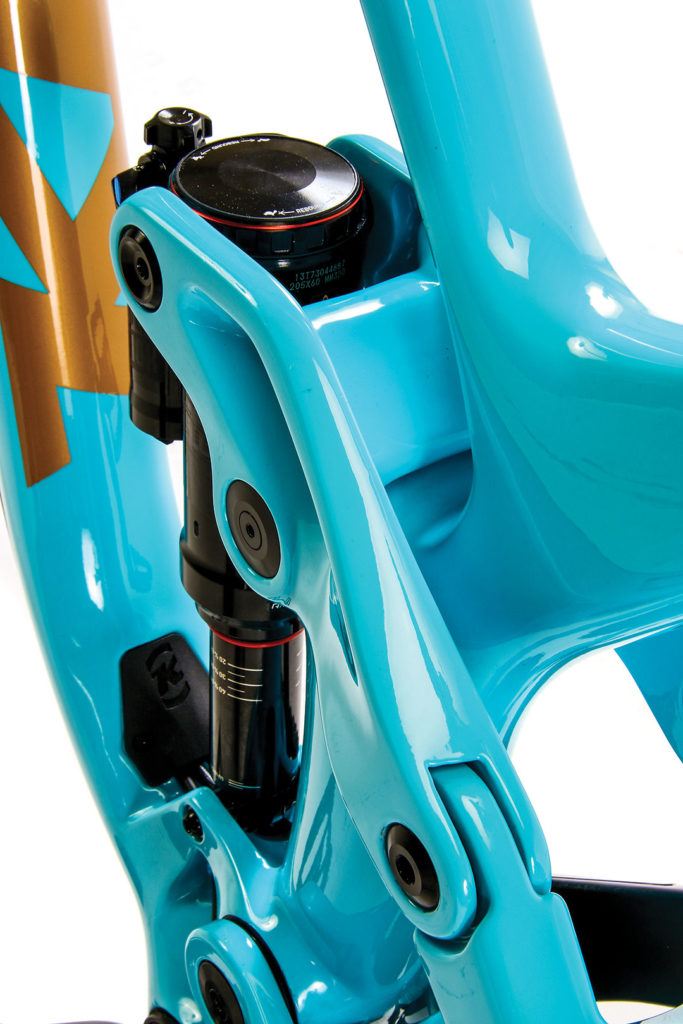 Cornering: The Process is a corner-ripping machine that can be whipped through switchbacks or groomed corners confidently. The low standover allowed our test riders to lean the bike over comfortably and push hard into the suspension and aggressive tread that the Maxxis Minion tires provided. 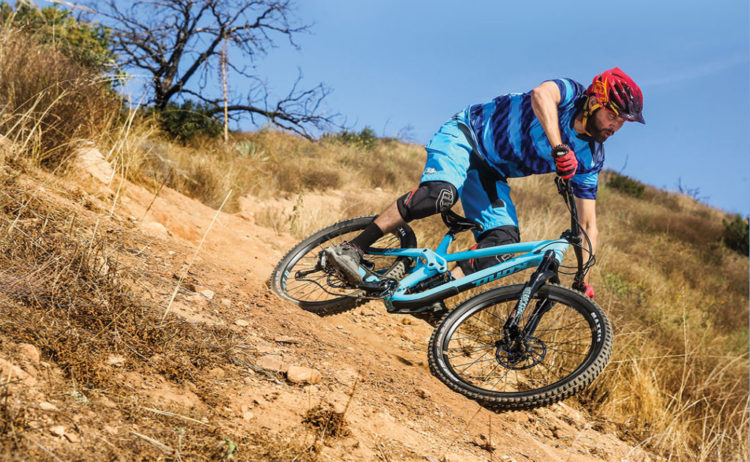 Some riders may want to go for slightly narrower handlebars, but this will be based on their specific fit needs. If you like to tinker with every aspect of your suspension, the new linkage on the Process is full of small surprises that will show off the versatility of the design.

It can be a scary project to try and redesign a bike that has such a strong cult following. The Process Generation 2 stands out from its predecessors as a lively trail ripper that will satisfy the needs of a wide range of riders. From long backcountry days in British Columbia to dry, dusty rock crawling in Sedona, the Process G2 is equipped and capable. All it needs is a willing rider. 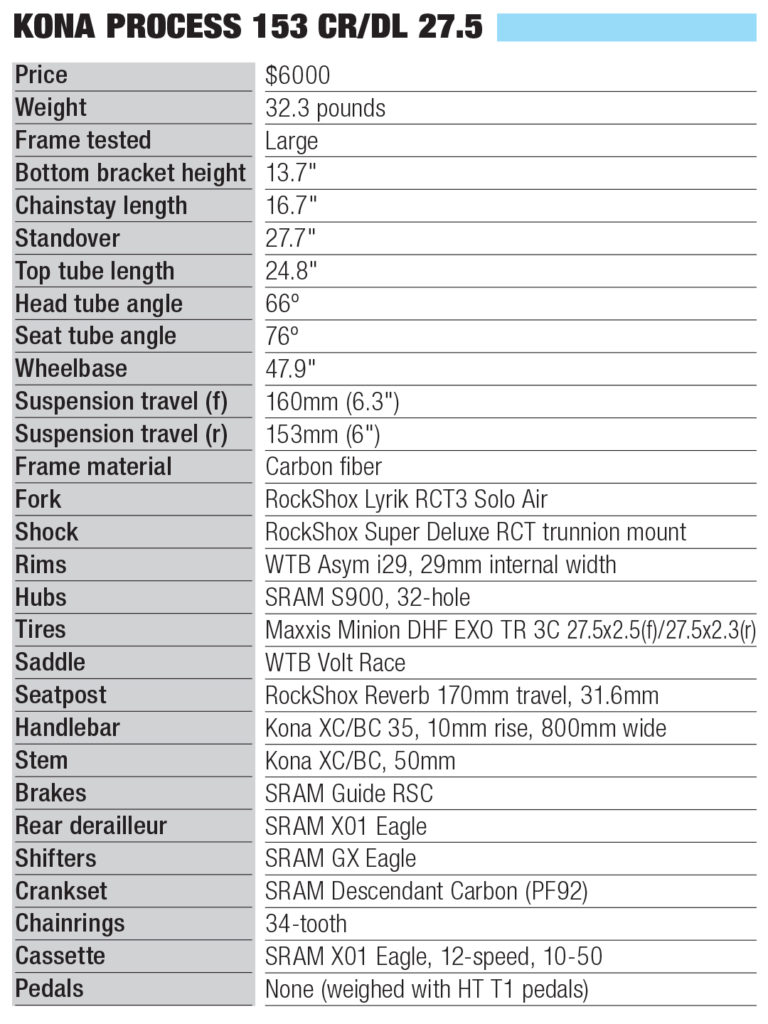