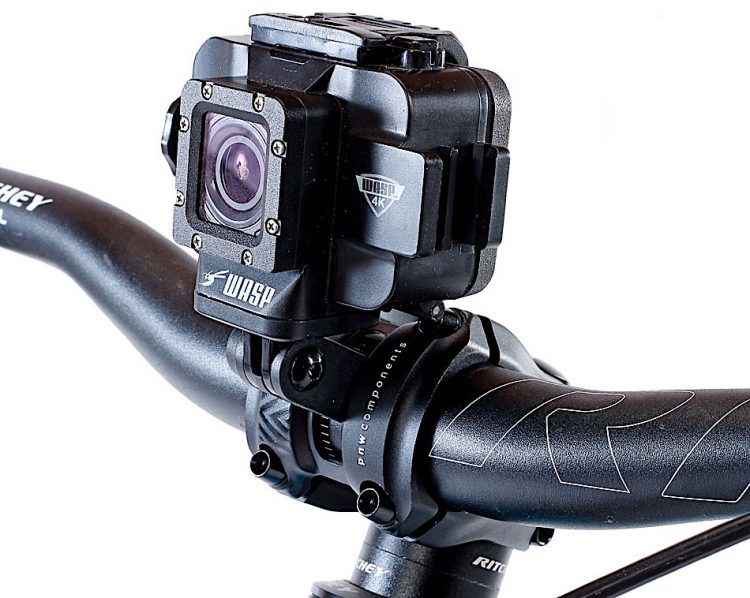 PNW Components is comprised of a group of riders who absolutely hate expensive bike parts. Collectively, they’ve spent years working as product managers and developers, graphic designers and engineers for several top bike brands in the world. During their time working for those brands, these riders realized that by the time a product actually lands in the hands of the rider, there have been way too many hands in the cookie jar, which significantly raises the price. The PNW crew sought to solve this dilemma by using their connections to engineer and build parts while keeping overhead costs low, passing the savings on to the rider.

We tested one of PNW’s dropper posts a couple of months ago with great results, and it was half the price of some of the other posts we typically use; however, when we shook the UPS box to see if there was anything else in there, a very interesting component fell out—the Range stem. Upon seeing it, we were instantly drawn to the innovative features the PNW crew was able to integrate into it.

The Range stem is built, as the PNW people say, for the tech nerd in all of us. It’s a 3D-forged stem that comes with an integrated GoPro or Garmin mount right off the front. The mount works on a sort of rail system that fixes the camera right to the front of the bar where it has a front-row seat to the action. The mount slides up and down to find the perfect shot and then locks into place when the stem faceplate is tightened down. It’s available in 35- or 45-millimeter lengths and with a Like a tripod on your bike 31.8-millimeter handlebar. 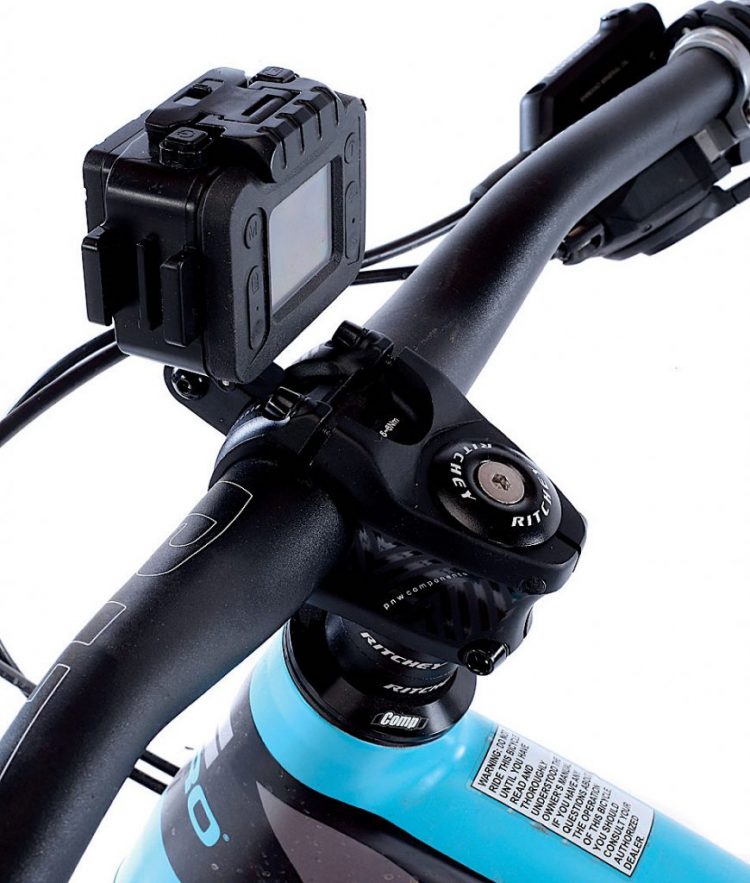 The PNW stem bolts up to your bike like any other but with one extra step. Once it’s mounted, you get to choose the placement of the camera mount. Then, simply snug down the faceplate, mount your camera and hit the trails when your GoPro’s red light turns on. The stem provides reasonably solid footage with some amount of shake. As you would expect, the angle is similar to that of a handlebar mount, but we found it easier to use, and it provided a centered perspective right over the front wheel. When you’re not using the mount, it is easily removed with a single bolt; however, you don’t need to remove it, because it’s lightweight and not overly obtrusive.

Bottom line: this is a solid and affordable stem with a very cool feature that many riders will love. Even without the camera mount, the PNW stem works well and looks great. For riders who love to record every trail moment, this might be the mounting solution they didn’t know they wanted. www.pnwcomponents.com

• XC riders may not want a stem this short

The Future Of Mountain Biking With Hans Rey

How To: 10 Ways To Keep The Bike Love Alive