Mountain bike journalist and author Roy Wallack died Saturday following a crash on his bike at Point Mugu State Park in Ventura County, California. The cause of Roy’s death has not been revealed yet, as this is being written, but his friend Andy Petranek, who was with him on the ride, has speculated that Roy may have suffered a heart attack right before his fall since there was nothing on the trail where he went down that was likely to have caused a spill. Some of Roy’s friends were ahead of him, and the others were behind him, but nobody saw the mishap happen.

To read more about Petranek’s recollections of Roy’s final ride, the crash and rescue efforts, go to https://mbaction.com/more-details-on-the-crash-and-death-of-mountain-bike-journalist-roy-m-wallack-yesterday/

Andy Petranek shared the following photos of Roy from their last ride together. 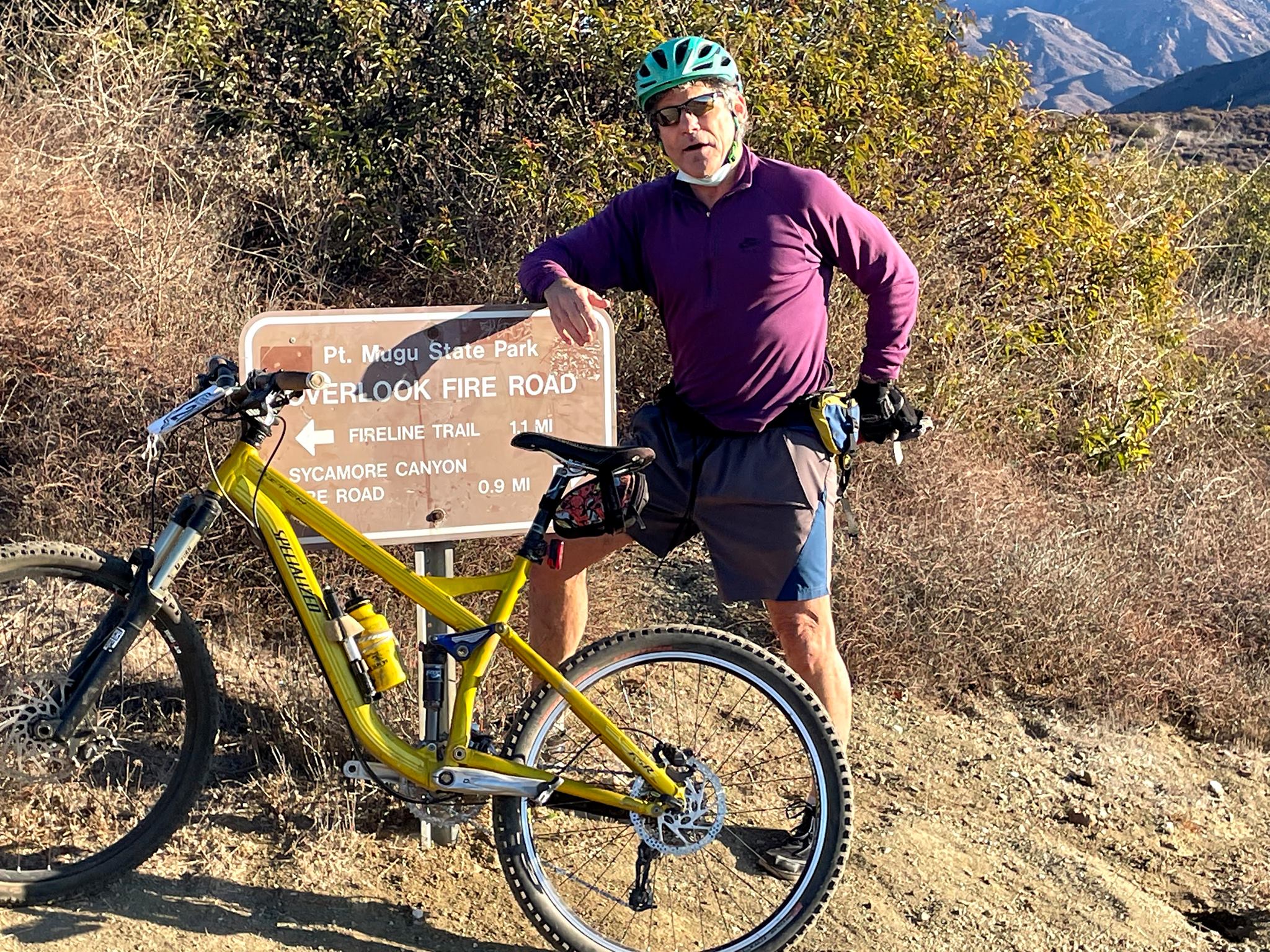 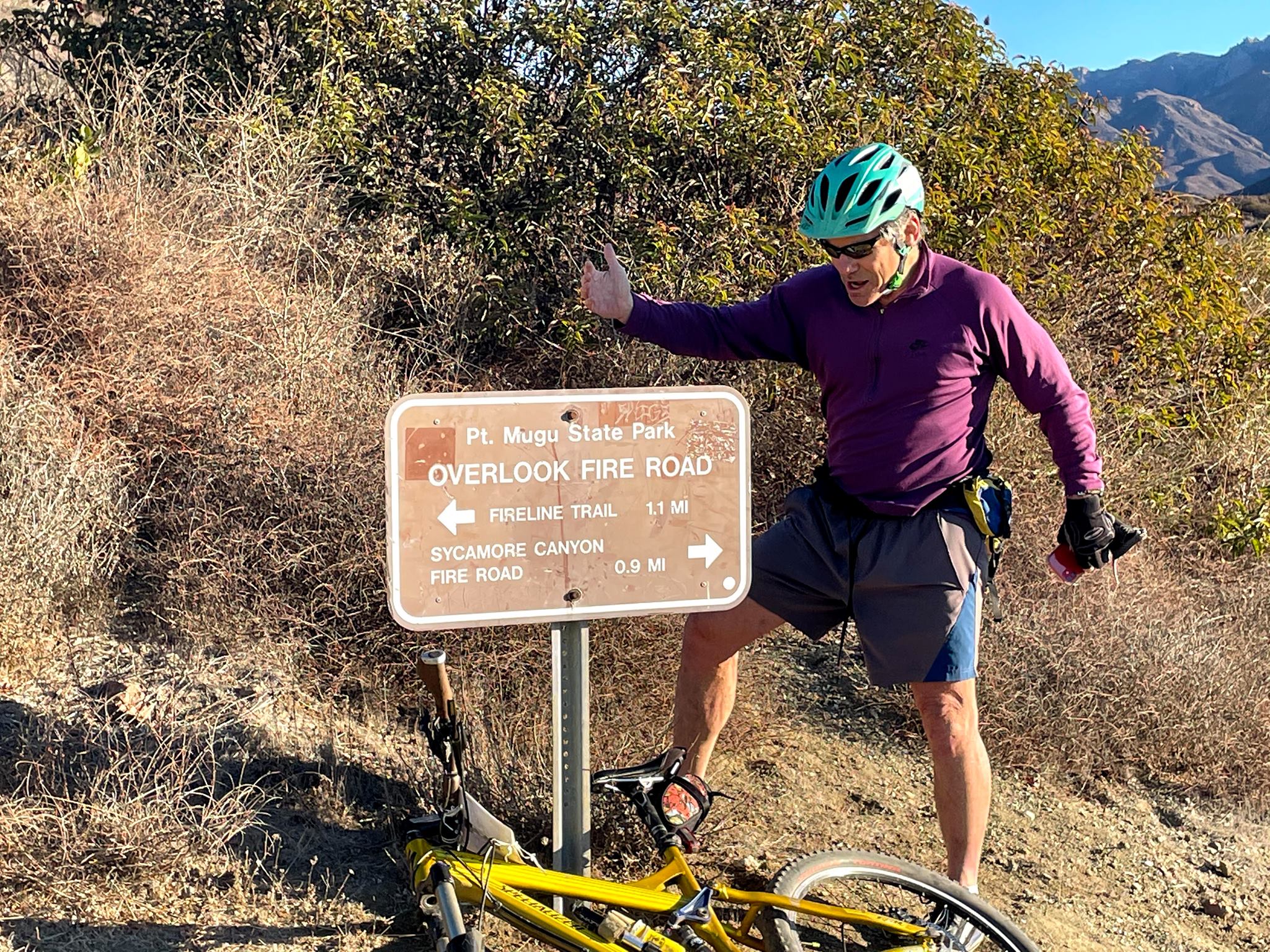 Wallack showed his sense of humor while hamming things up for his friend’s picture. 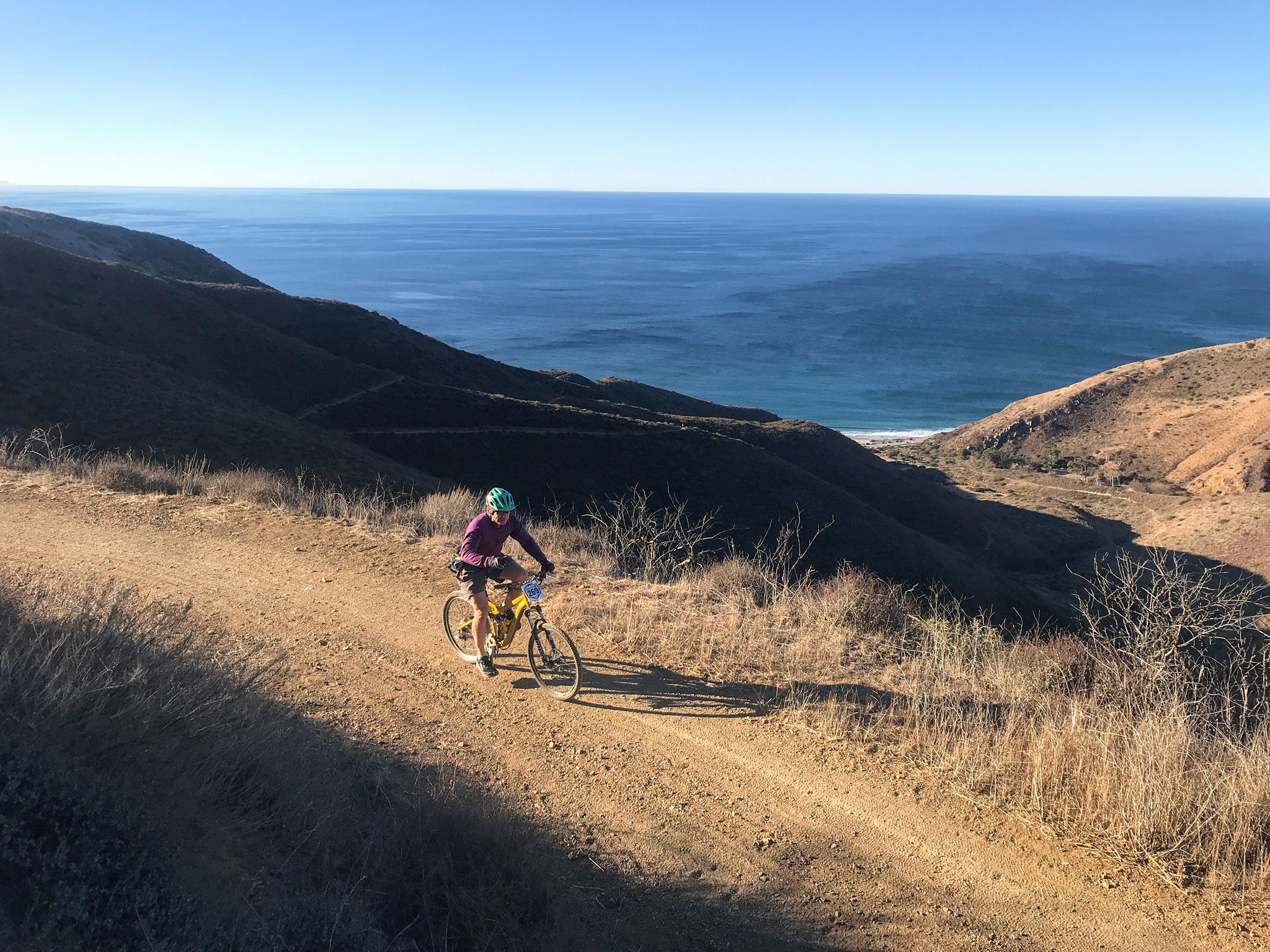 Roy Wallack’s last ride, on the morning of his death, with the Pacific Ocean visible in the distance, near Ventura, California. (Photo by Andy Petranek) 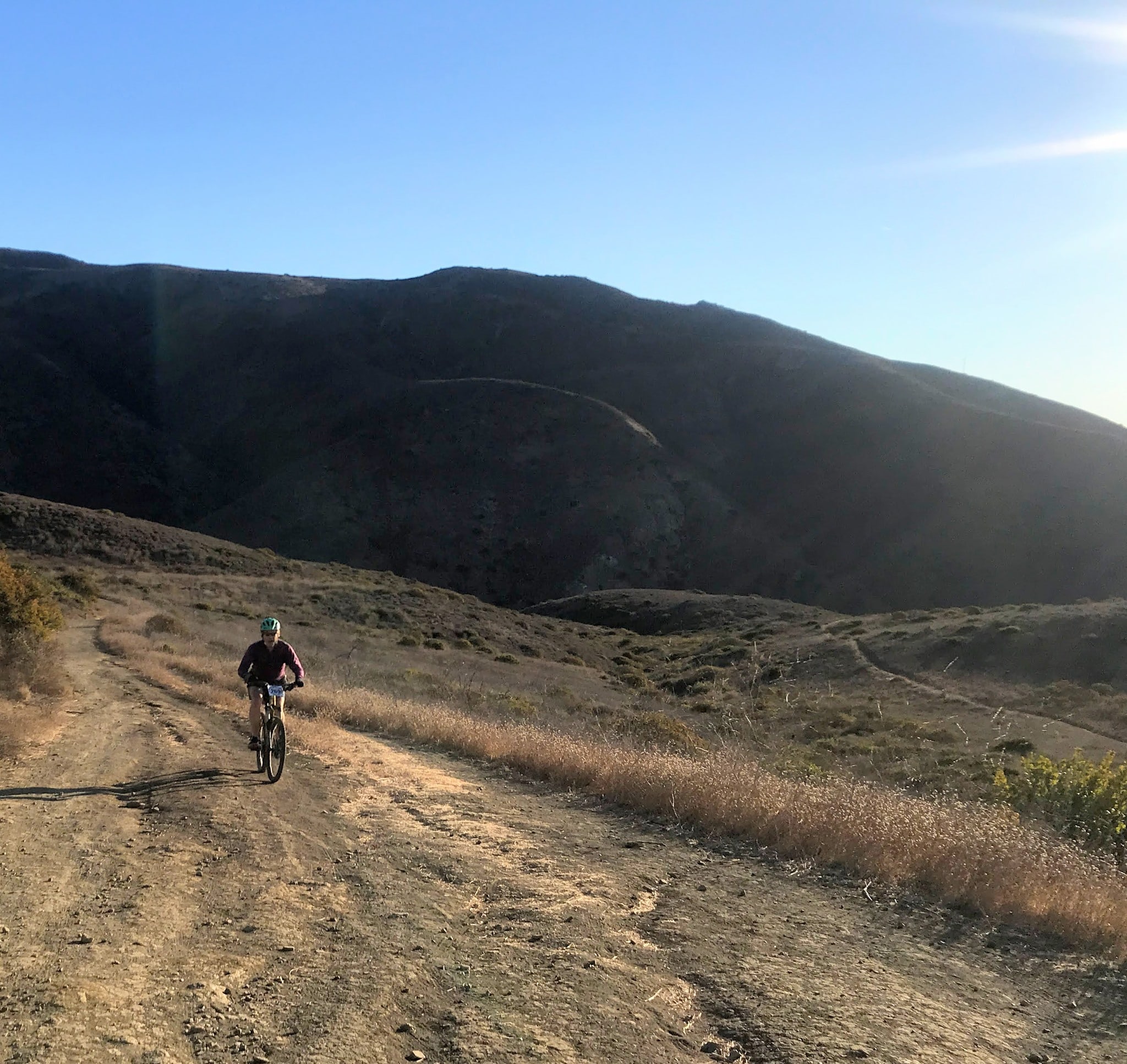