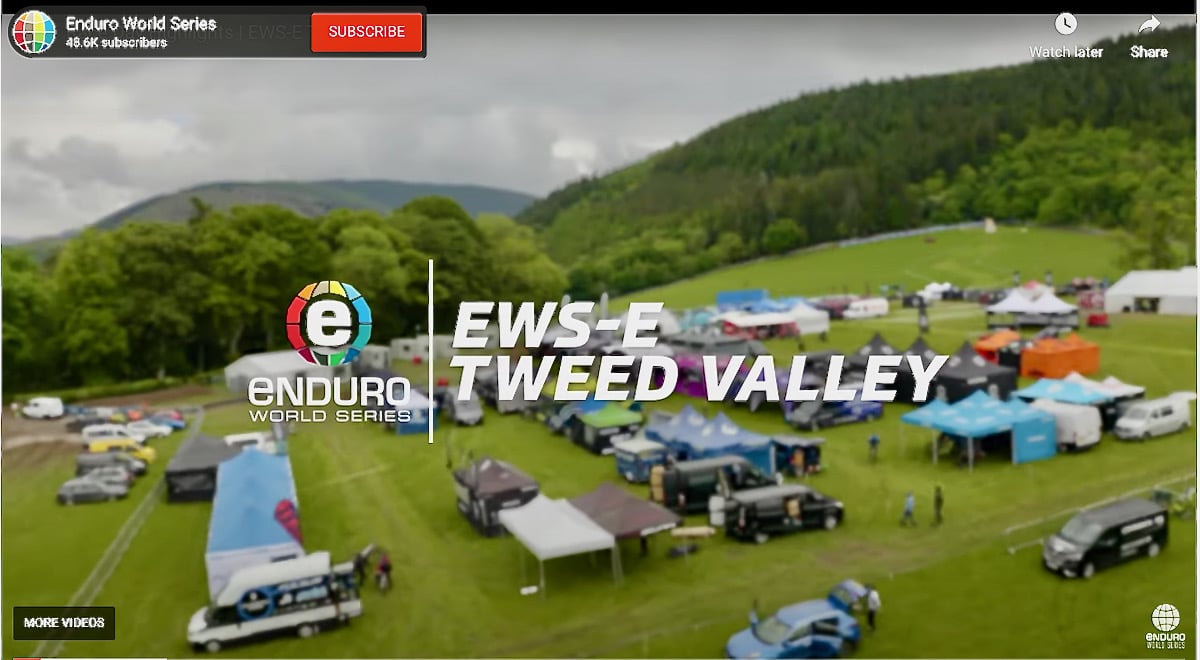 Three of the top downhill racers in history were among the top riders at the first EWS-E race of the season.

Australia’s Mick Hannah may have announced his retirement from pro mountain biking last fall, but he’s racing e-bikes this year.

Nicolas Vouilloz could be the most successful men’s downhill racer of all time (no offense to Greg Minnaar). Nico won five Elite Men’s World Cup downhill titles and seven UCI Elite Men’s Downhill World Championships (from 1995 to 2002), before leaving pro downhill racing to become one of the top rally car drivers in Europe. Vouilloz now works for Lapierre Cycles in his native France.

Tracy Moseley was the 2010 Elite Women’s UCI Downhill World Champion. She retired from full-time downhill racing a number of years ago, but she’s now one of the top eMTB racers in the world.

Here’s the race report from Tweed Valley, followed by a link to the video:

The EWS-E season opener roared into life this week when the world’s best eMTB racers took to the famous hills of the Tweed Valley in Scotland for the first race of the year.

Competitors faced a huge day out, as they squared up to a 13-stage, three-loop course that encompassed 2800 meters of climbing across 65km. Two Power Stages thrown into the mix ensured that this race was a rude awakening after the long off-season, pushing bodies and bikes to the limits from the second they left the start gate.

In the men’s race it was a new face on the top step of the podium – Edgar Carballo (Orbea Fox Enduro Team) dominated the race with eight stage wins, securing the first EWS-E win of his career. Andrea Garibbo of Italy took a personal best in the second spot, whilst Leigh Johnson (Pole Enduro Race Team) took third after switching his full attention to EWS-E.

Miranda Factory Team now leads the team standings, with Orbea Fox Enduro Team in second and Lapierre Overvolt Team in third. EWS-E returns in just a fortnight’s time for round two in Petzen/Jamnica in Austria and Slovenia.

The Tweed Valley event rolls on this weekend when it’s the turn of the EWS racers to get between the tape for their first race this Saturday and Sunday.

Click the following link to see the video of the race highlights: