Scotland's XC and Enduro racer is also good with animals 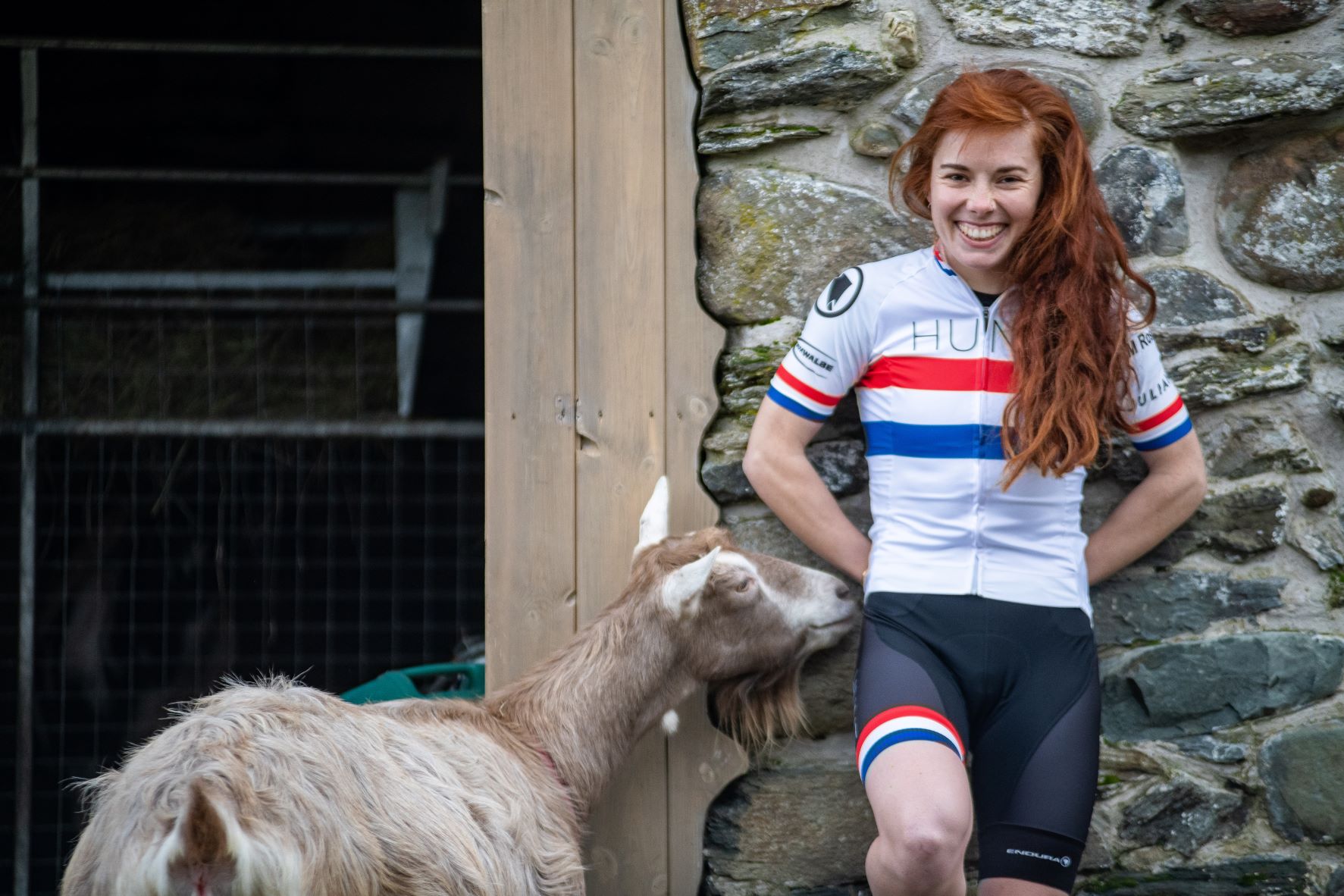 Isla Short, her new race kit, and a four-legged friend. (All photos by Pete Scullion)

Here’s the word from our friends at Hunt Wheels about Isla Short of Scotland:

“Isla first became part of the Hunt family at the start of 2020. Since that time, the young Scot has picked off 5th place at World Champs in Leogang, two 11th place finishes at World Cups, and two National Titles. Proud doesn’t come close to describing how we feel about Isla’s achievements, so understandably, we jumped at the chance of becoming the main sponsor of her new self-run program for 2022. 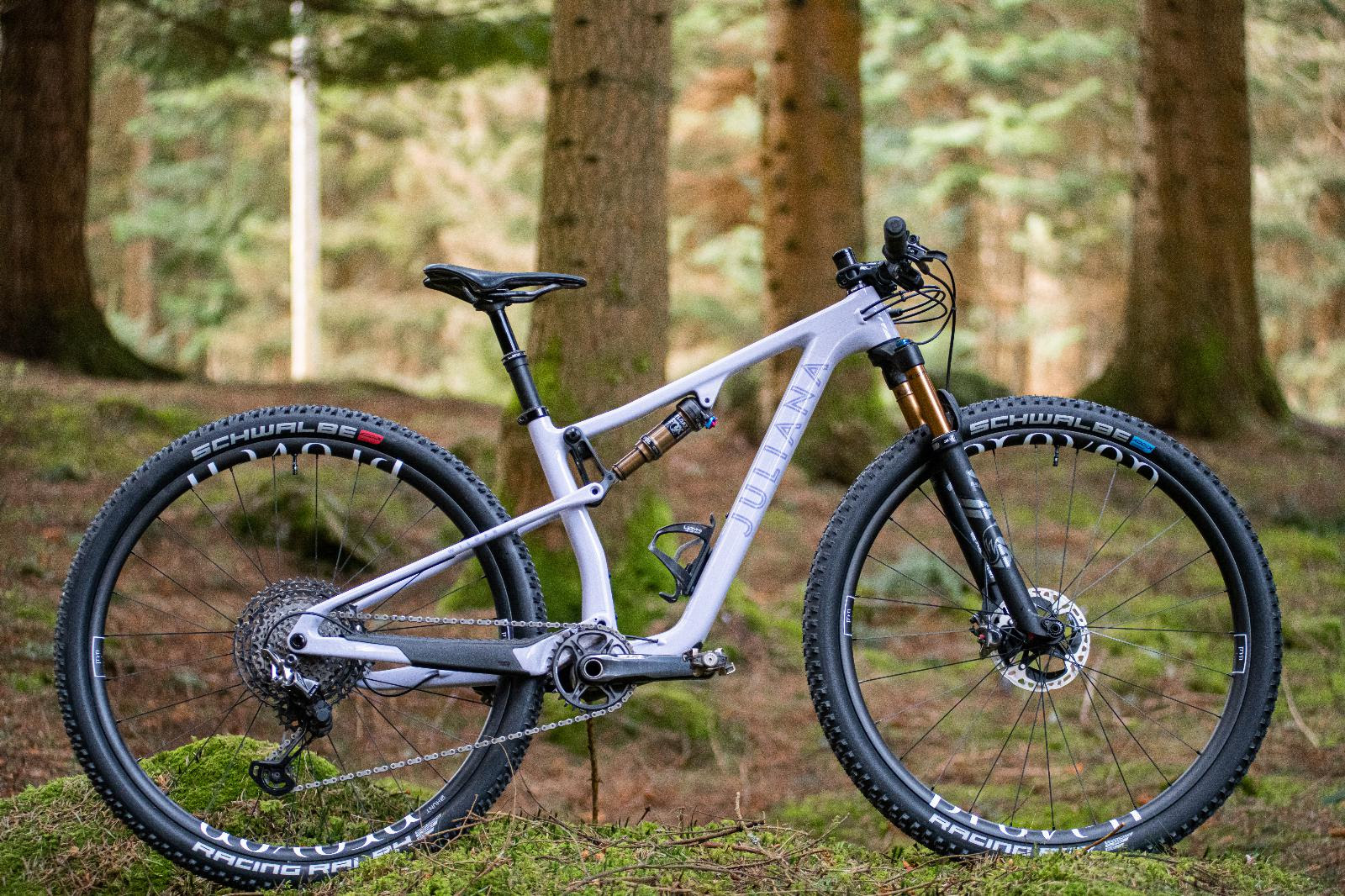 “Isla’s race schedule already has us more excited than ever with plans to race at World Cup rounds, the Commonwealth Games, and even return to the EWS when it arrives at her home of the Tweed Valley in June. 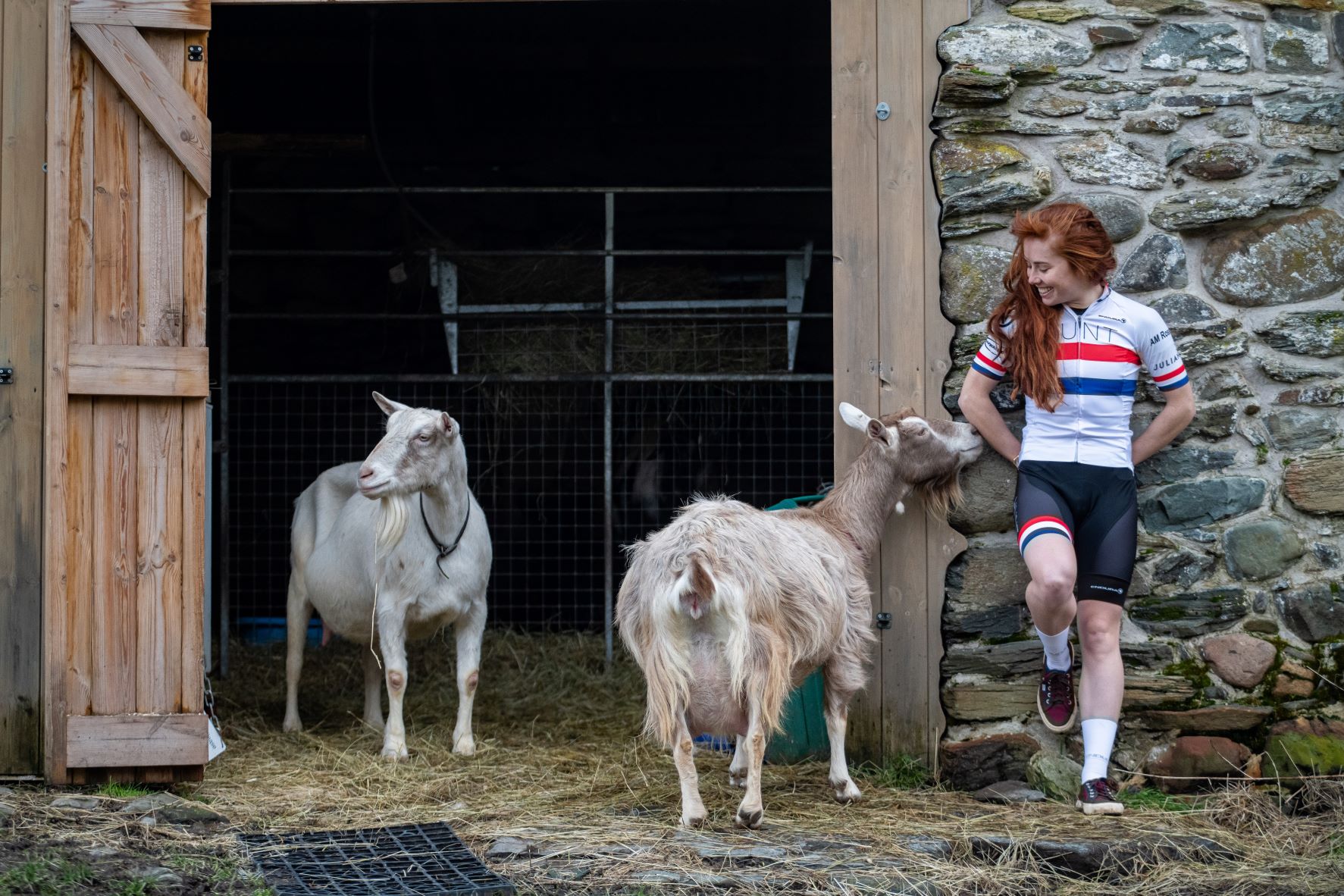 We’d guess that this is Isla’s family’s farm. The goats seem like they know her, and she looks like she knows them, too.

“We can’t wait to see how Isla gets on at the season’s first race on the 20th of February at the Chelva C1 in Spain. Let the racing begin!!

“Eagle-eyed race fans may have noticed that Isla has spent the past 2 seasons racing on a pair of prototype Hunt wheels. We’ll be releasing more information about those in the coming months. Still, the development wouldn’t have been possible without Isla’s fine-tuned riding ability, passion for mountain biking and invaluable feedback.”

All Photos by Pete Scullion.