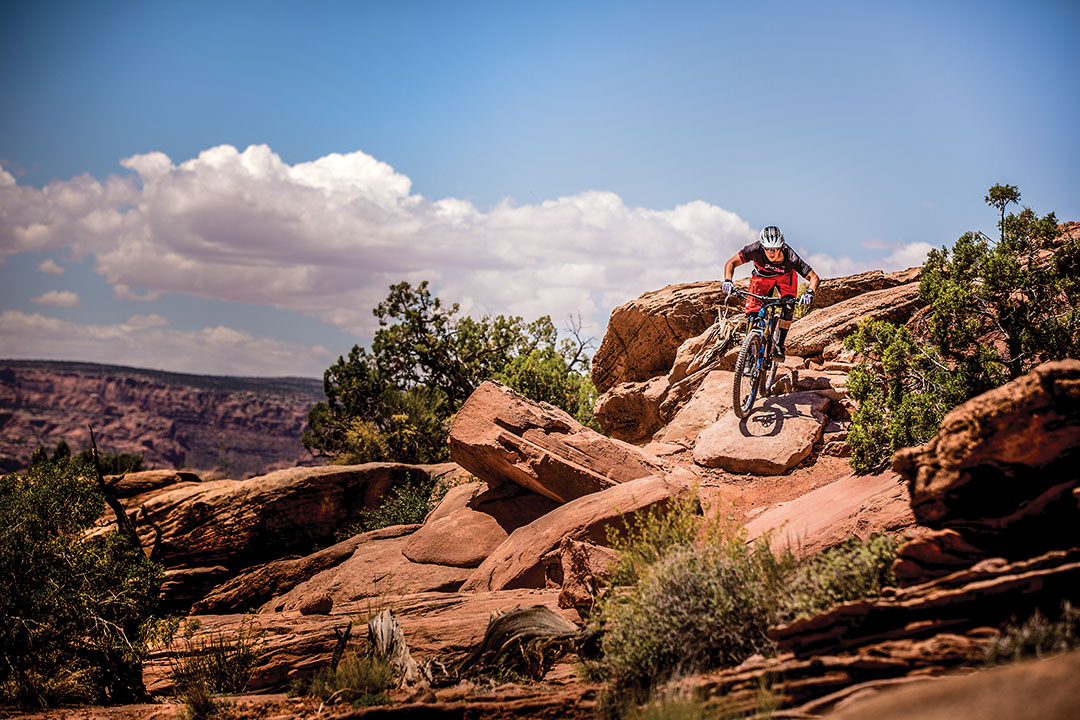 Moab is a city in eastern Utah best known to some for its world-famous arches and Native American rock art and dinosaur tracks, while others know Moab as a Mecca for adrenaline junkies. From high-powered motorsports to world-class mountain biking, Moab has it all. For those reasons, Pivot Cycles flew us out to Moab to showcase two of its newest bikes. We were first shown the all-new Trail 429, and then we were met with a big surprise—a brand-new long-travel 29er named the Firebird 29. During our stay, we had the opportunity to ride both of these new machines on Moab’s finest trails. The bikes, while sporting similar wheel sizes and rear-axle spacing, are polar opposites. Here’s everything you need to know about Pivot’s newest additions to its fleet. 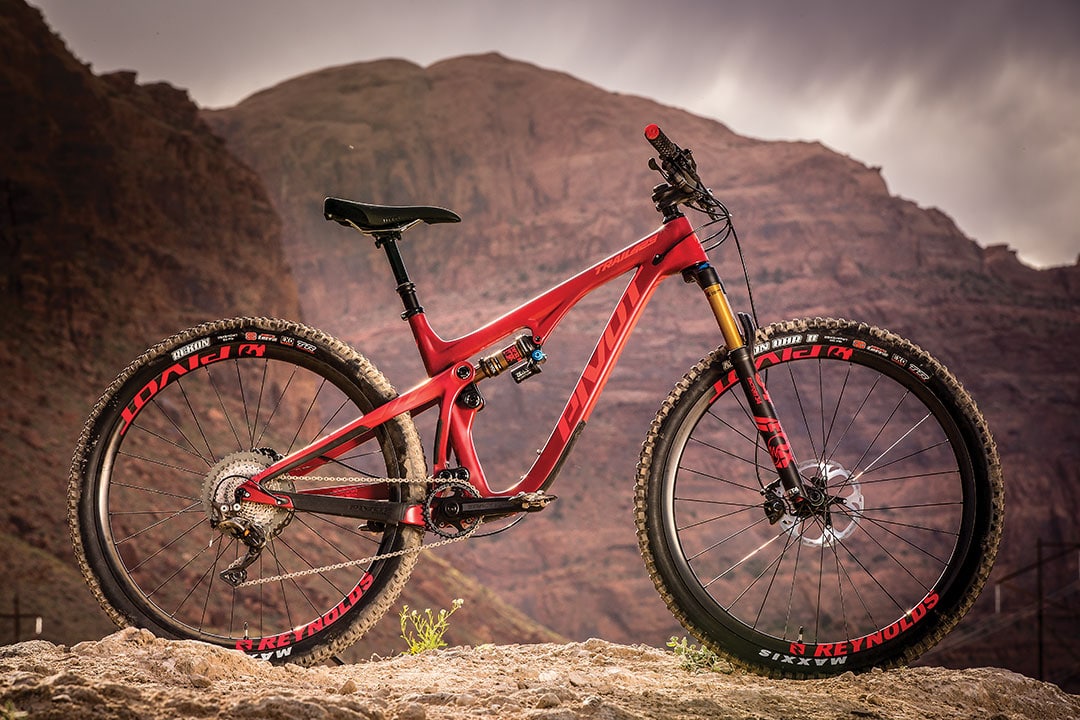 The Pivot Mach 429 Trail adds an aggressive twist to Pivot’s full-suspension cross-country race bike—the Mach 429 SL. These two bikes are vastly different in design and intended use, but are quite similar in name. This created confusion for Pivot’s dealers when ordering bikes, so to solve this issue, Pivot renamed its short-travel 29er the Trail 429. 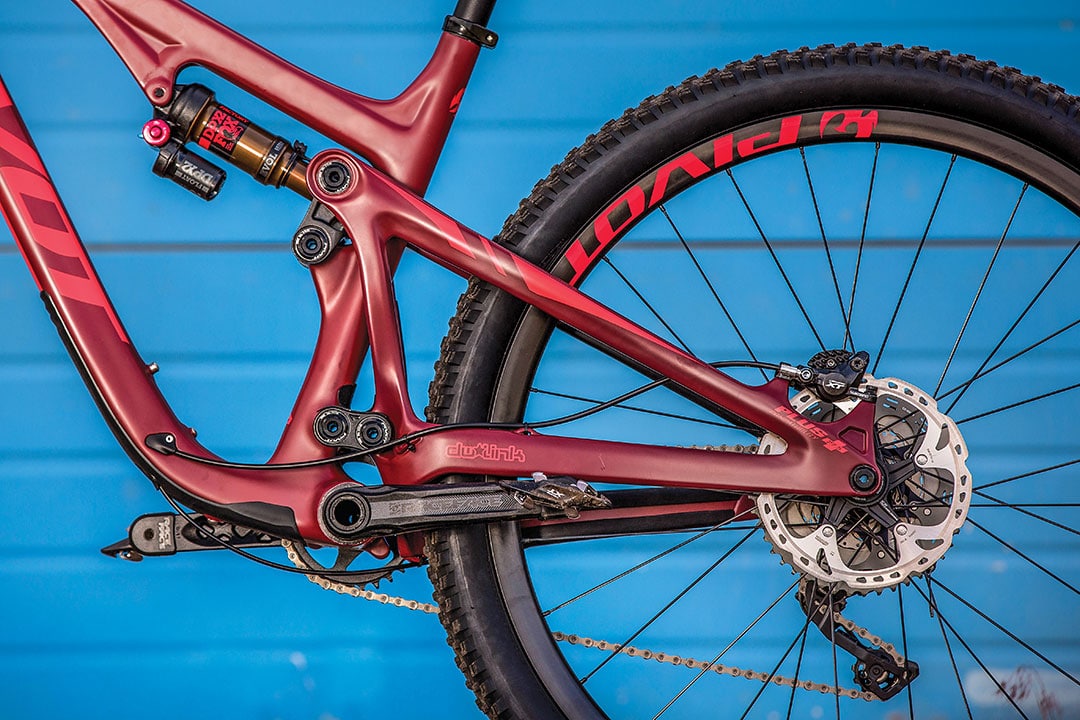 The all-new Trail 429 underwent much more than a simple name change; in fact, the bike was completely redesigned from the ground up. The rear travel was increased to 120mm, and the geometry received modern updates, including a longer reach, shorter chainstays, a slacker head tube angle and a steeper seat tube angle. The bike was given a Super Boost Plus rear end and now features a metric shock. The all-new Trail 429 brings the versatility and performance of the original Mach 429 Trail into the modern era.

First Ride Trail 429: During our stay in Moab, we rode Mag 7 to Portal aboard the all-new Trail 429. Out on those technical and demanding trails, the Trail 429 performed well on the climbs, easily popping over the large rocks thanks to its 29-inch wheels and efficient 120mm of dw-link suspension. On the descents, the bike was quick and nimble, all while providing a stable and predictable feel when barreling down the trails. The short chainstays made the front end feel light when hitting drops, and the Fox shocks soaked up the landings well. This was a relief, because if you have ridden Moab, you know just how big some of those drops can be. The long front center gave the bike stability at speed, and the front end had a planted feel when climbing. Super Boost Plus widens the rear-axle spacing from 148mm to 157mm. This wider spacing provides more tire clearance and allows Pivot to run shorter chainstays than would be possible with a non-Boost rear end. Super Boost Plus is also said to add 30 percent stiffness to the rear wheel; however, with minimal ride time over somewhat unfamiliar trails, it was hard for our testers to really feel that added stiffness. Overall, our initial impression of the Trail 429 was that it’s a capable trail machine designed to blast up climbs and rip down descents. We’ll be spending a lot more time on this bike soon and look forward to evaluating it further at home on our local trails. 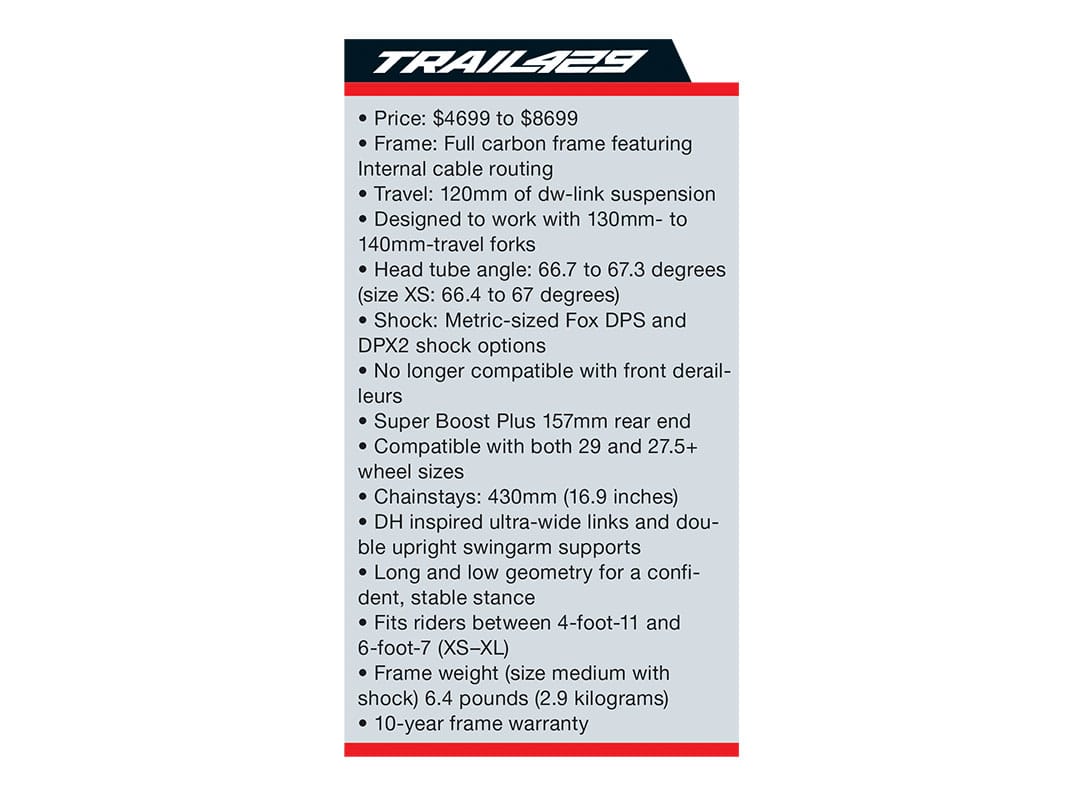 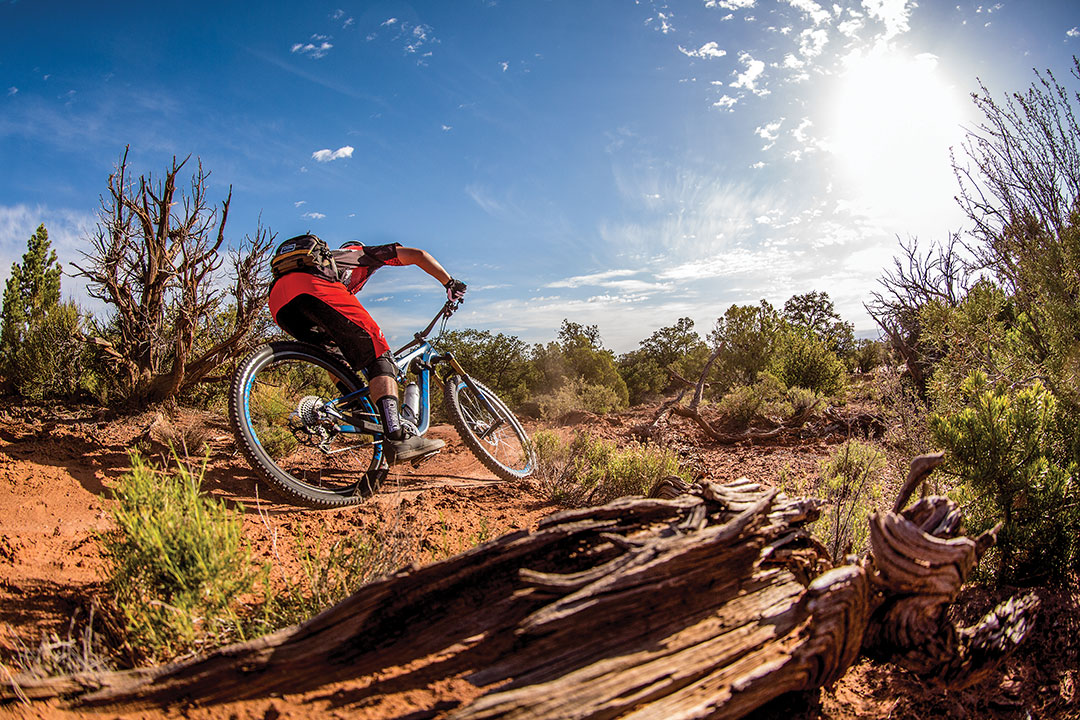 The second bike we were introduced to was the all-new Firebird 29. You may remember the Firebird from Pivot’s lineup, and while the Firebird 29’s name suggests that the new bike simply received larger wheels, that couldn’t be further from the truth. The Firebird 29 is a brand-new machine from the ground up. Featuring a full carbon frame, 162mm of dw-link suspension and a Super Boost Plus rear end, the Firebird 29 is a bike that slays descents and powers up climbs. It’s designed to be a game-changer, redefining what is possible with a long-travel 29er. The Firebird’s aggressive geometry, long-travel suspension and burly components will appeal to the heavy hitter, while its climbing prowess will encourage riders to go lap after lap like an energizer bunny. 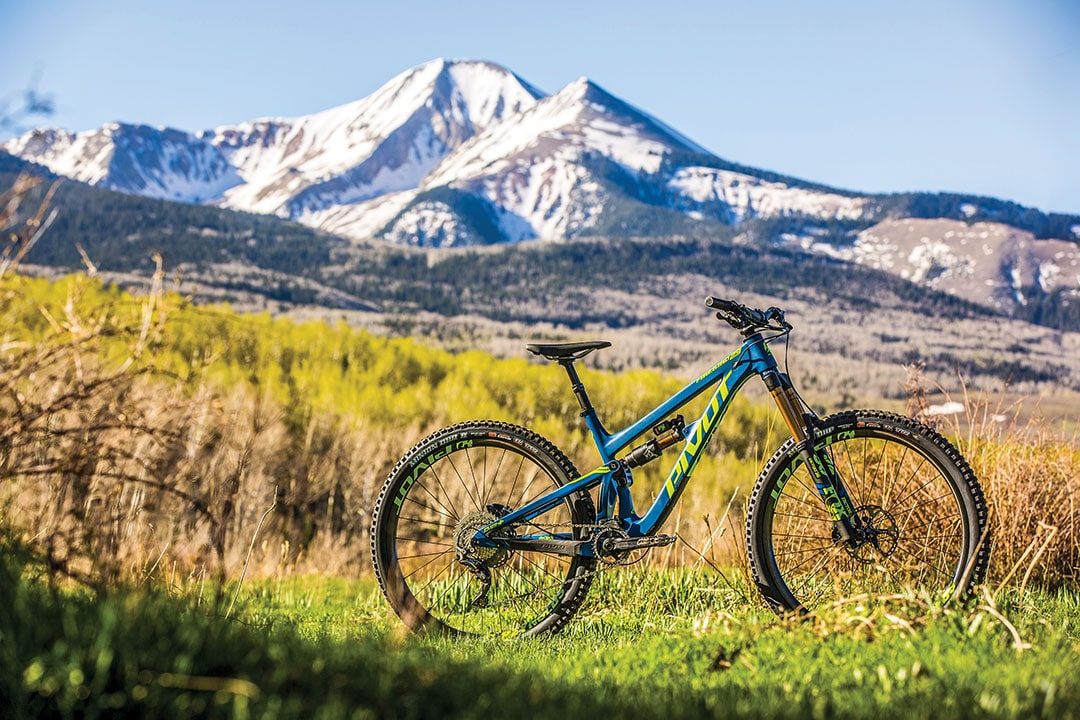 First Ride Firebird 29: The Firebird 29 is essentially a downhill bike with the ability to climb. It lends confidence when the trails point down, providing a stable and predictable ride. The 44mm offset fork aids in cornering performance, but tight switchbacks must be handled with care, or at least a nice wide line. This is a bike that truly rips downhill and would feel right at home in any bike park or on any gnarly shuttle run. What surprised us most, however, is just how well the Firebird 29 climbs considering its super-aggressive downhill-oriented attitude. Of course, you can’t expect to keep up with a lightweight trail bike, but pedaling this bike uphill is not as much of a burden as we expected. In fact, it’s quite fun. 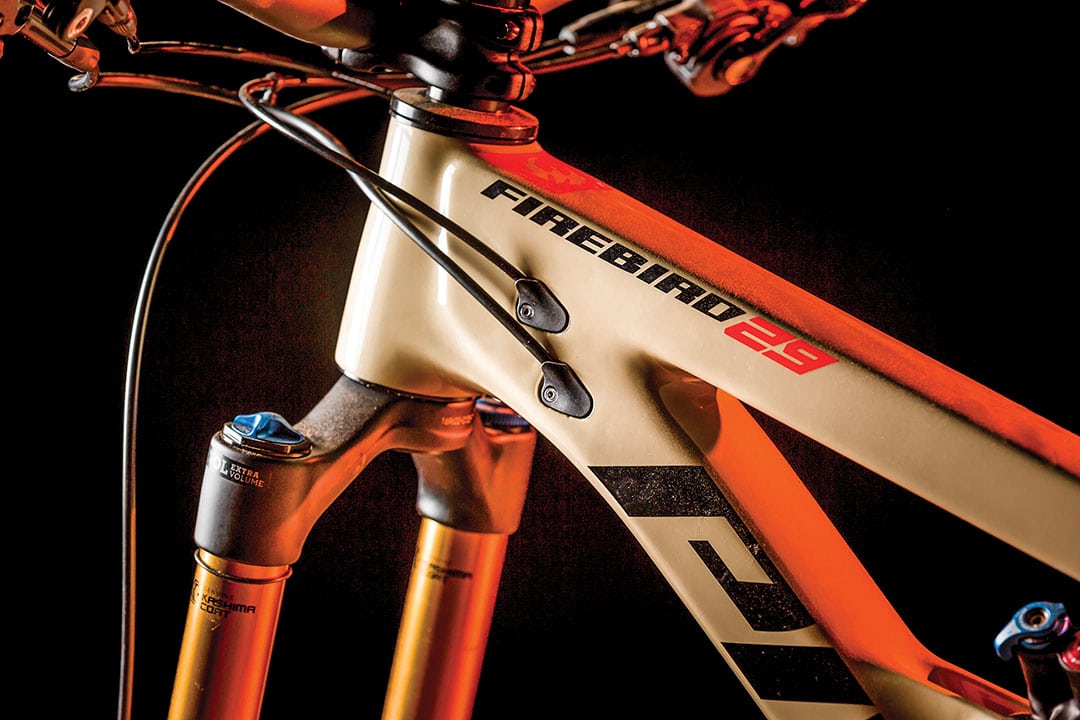 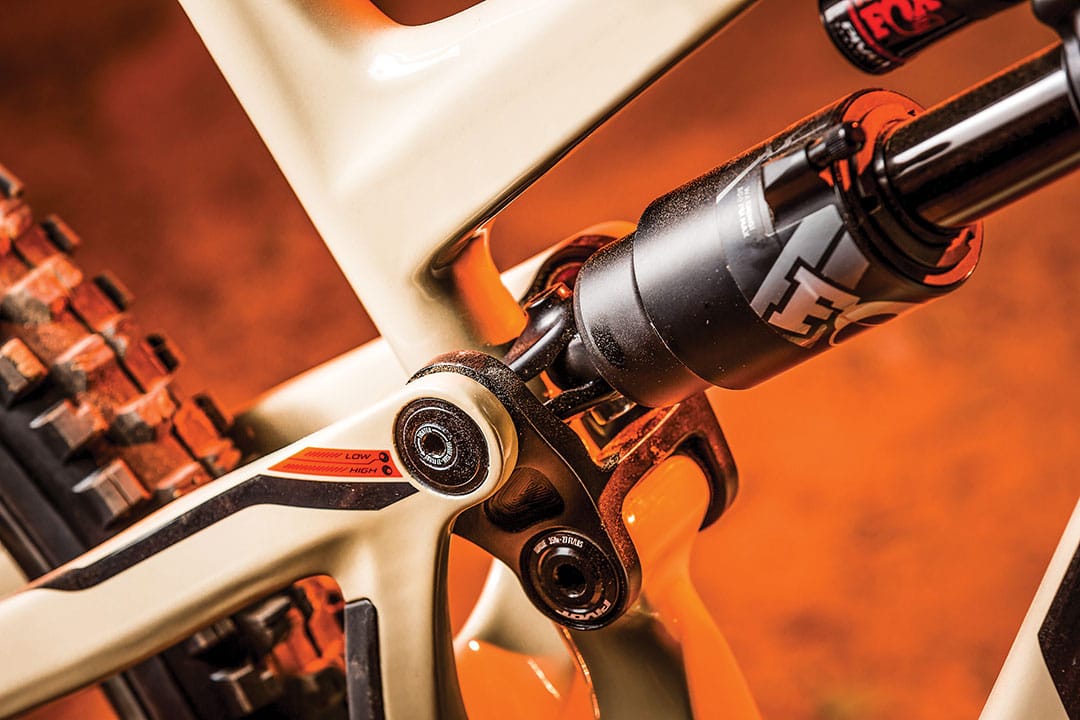 Pivot designed the Firebird 29 with a Metric shock that offers a longer stroke, increased air volume and more bushing overlap. The new shock was then matched with a mini clevis design to increase stiffness and decrease weight. A Flip Chip was then added so that riders could make geometry adjustments without affecting shock rates. Last but not least, Pivot offers two different-sized lower headset cups that allow riders to make further geometry adjustments. The Firebird 29 will likely be overkill on most local trails, but riders who really need this machine will find it excels when the trails point down and manages to hold its own on the way back up. We’re excited to spend more time aboard the Firebird 29 and look forward to bringing you a full review in an upcoming issue of Mountain Bike Action. 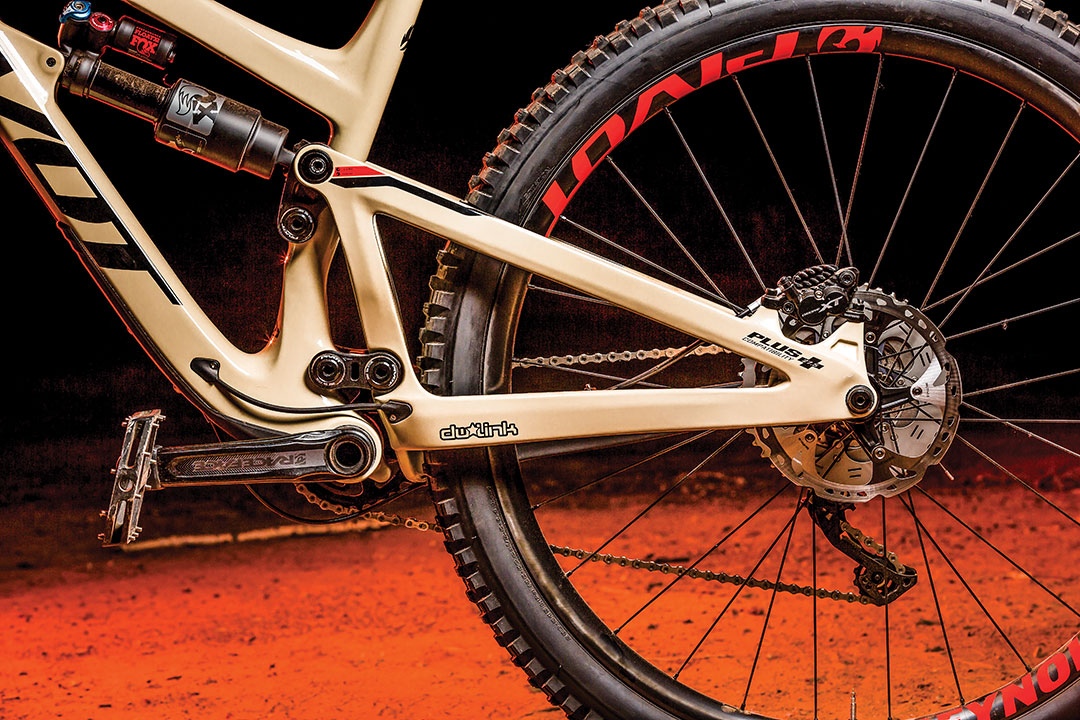 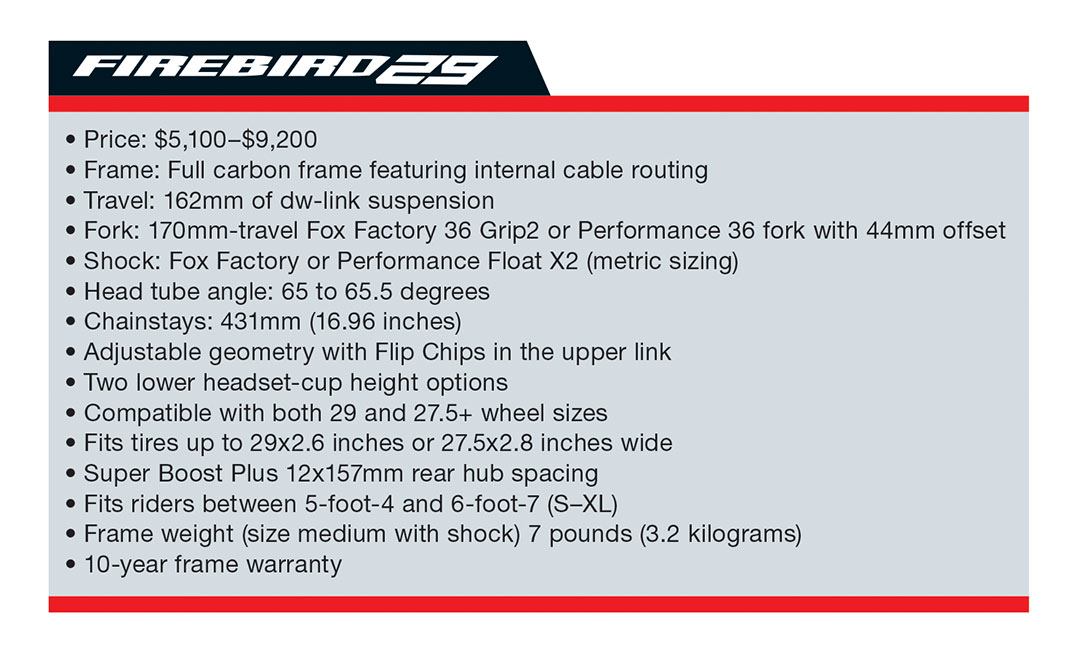