TRP is a high-performance hydraulic brake company that designs products to meet the demands of World Cup racers. Until recently, TRP’s primary focus was delivering controllable and hard-biting stopping power for racers. That changed when TRP took a look at the bigger picture and decided to find a way to get its components elsewhere on pros’ bikes. After four years of working with top downhill racers from the Intense Factory racing team, the Scott Factory team and the Commencal/100% team, TRP officially stepped into the drivetrain market. With the market dominated by two major brands for the past 25 years, developing a competitive drivetrain would be no easy task for TRP. To come out swinging, TRP enlisted the help of World Cup mechanics to determine what the perfect downhill drivetrain should be like. John Hall, the wrench behind Aaron Gwin, had enough influence over the new product to have a technology named after him. We reached out to Hall to hear his side of the TRP drivetrain story. 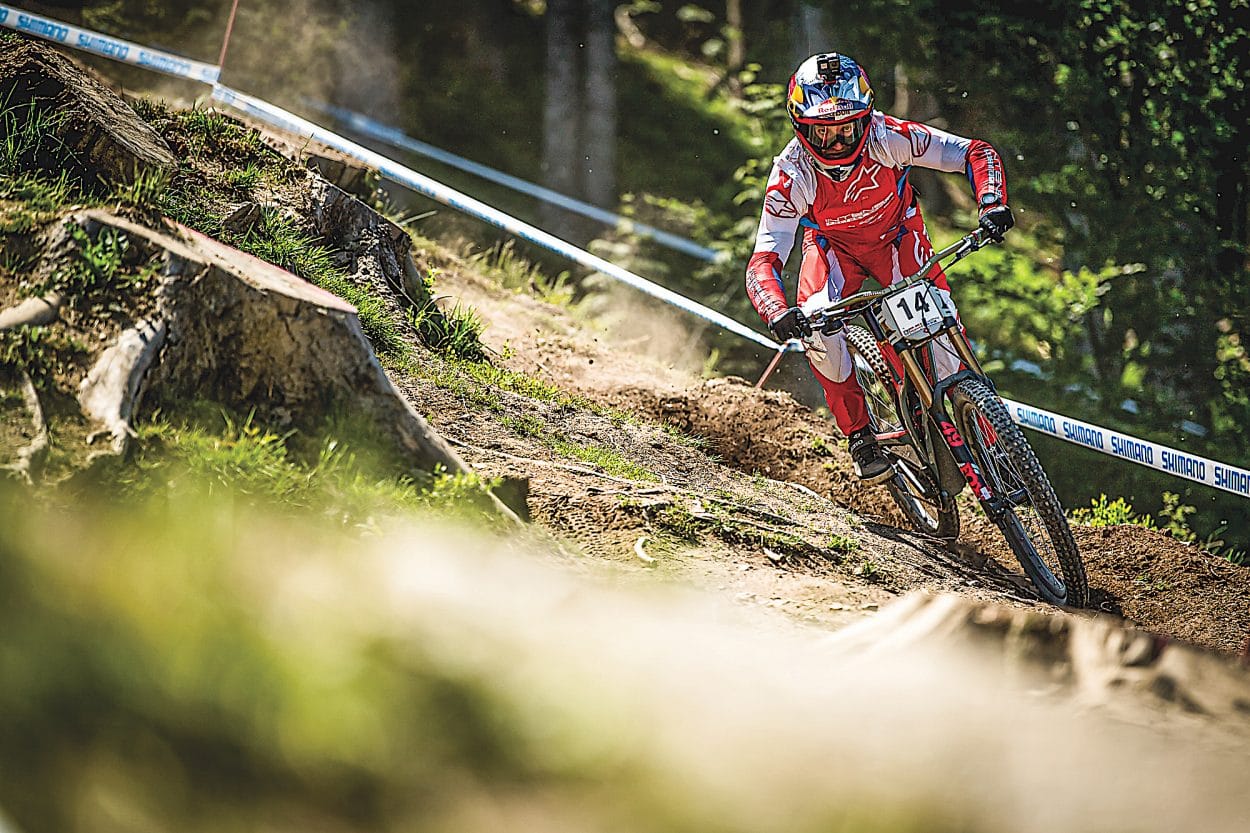 MBA: The drivetrain market is competitive. How does TRP differentiate its drivetrain from the rest?

Hall: You are absolutely correct when you say the drivetrain market is competitive. That was well known going into this project with TRP, and we were all up for that challenge. In order to even be considered seriously by riders, we knew we had to have something that set our drivetrain apart from the competition besides a different-style clutch, although our clutch is unique. The clutch sets itself apart with its ratchet-style mechanism, the ability to adjust clutch tension (tight for noise reduction or looser for a more active suspension feel), an easy-to-use on/off switch for removing and installing the wheel, and a handy chain-length indicator that helps make sure you cut your chain right where it needs to be cut. 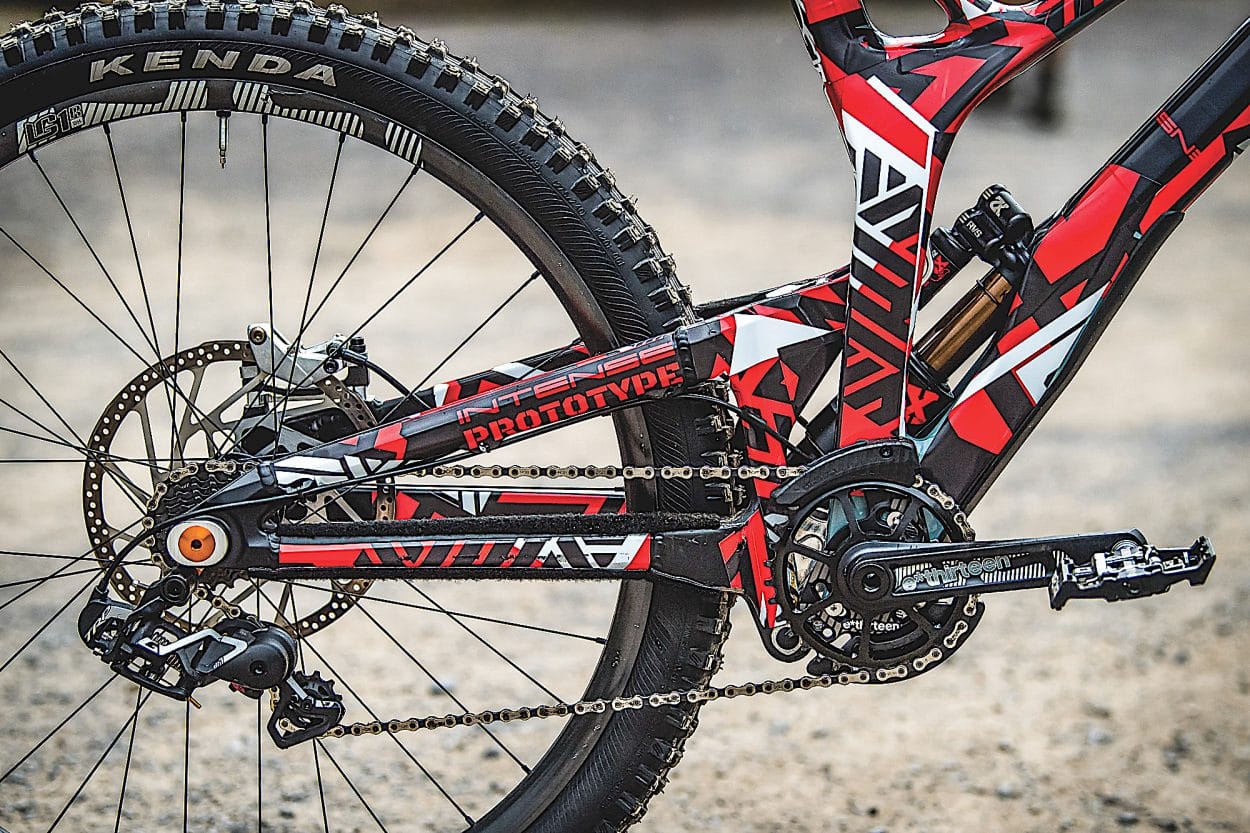 I had been modifying derailleurs for some time, so at our first meeting about how to make our drivetrain stand out, I shared an idea that TRP eventually named the Hall Lock. The Hall Lock locks the derailleur’s B-knuckle to your frame at the mounting bolt. It adds stability and reduces noise in your system by preventing your derailleur from lifting and slapping down onto your B-plate. The Hall Lock has a lever that either engages the mechanism or disengages it for wheel removal. You can also adjust how much it engages. If you don’t want that thing to move at all, you got it. If you’d like it to be able to swing back in the event of a rock strike to prevent damage, no problem. Just remember to open the Hall Lock to let the derailleur set back into its original position instead of forcing it in the event it moves after a rock strike. It’s a rare occurrence, but just forcing it back into place can loosen the mounting bolt. Anything in between those adjustments is all fair game. Another bonus to the adjustment features on the clutch and Hall Lock is that when things start to wear out over time, you can spruce up your drivetrain and bring it back to life. Every feature was developed with the rider in mind. We all know we spend our j hard-earned dollars on our bikes because they bring us joy every day. We want those parts to last, and if they start to wear out, we want to be able to bring them back to life instead of just throwing them away and having to buy new ones. That is the difference. 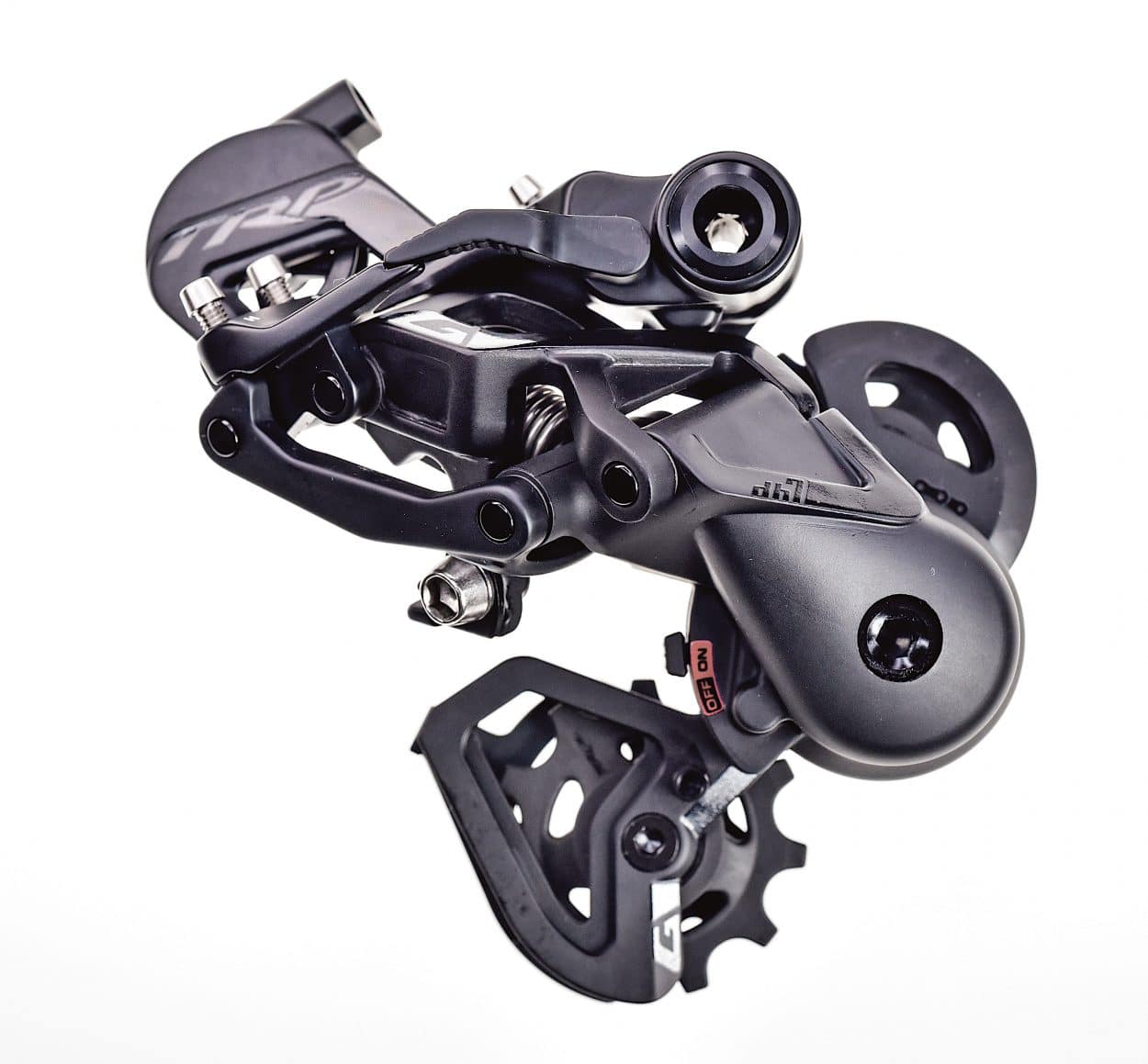 An up-close look at TRP’s DH7 derailleur and shifter.

Hall Lock: The Hall Lock is a feature that can lock out the main pivot bolt to give riders the ability to adjust how much the derailleur will move. It can be set to allow little to no movement for a quiet ride or allow movement for better shifts.

Ratchet clutch: Adjustable clutch force allows the derailleur to be fine-tuned to work with a bike’s suspension platform. Bikes with lots of chain growth can use this adjustment to free up the system with decreased force. Additionally, clutch force can be turned off to allow for easy wheel changes.

Chain-length indicator: This printed mark on the rear derailleur gives mechanics the ability to quickly spot a worn-out chain.

MBA: TRP’s DH7 derailleur features a technology called the Hall Lock. Can you describe how you influenced that design, along with the rest of the system?

Hall: When it came down to the actual design of the Hall Lock, that was all TRR I came to the table with the idea and showed them how I was making it happen on other type systems. I threw a couple of ideas at them—well, let’s be honest, I threw challenge after challenge at them. I knew how I wanted it to work and kind of knew how it was going to have to happen, and those guys took that and ran with it. We went through quite a few iterations, designs, material choices, ergonomics and placements of the lock lever. Every challenge those guys met brought us one step closer to what we have now. Most of my influence on the rest of the system came from my experience as a mechanic in a shop and my time on the World Cup circuit. I look at things from the point of view of the guy who has to work on it in the field in adverse conditions under tight time constraints, so I always push for simplicity and ease of use. Bolts have to be easy to reach. There has to be continuity of the bolt/screw head sizes throughout the whole system so you don’t need four different wrenches to work on it. Materials have to hold up to abuse. I don’t always have the right tool for the right job and have to improvise at times, so the equipment has to be able to withstand that kind of abuse on top of what the riders put it through. Resilient, adjustable and easy to work on—that was the goal.

With TRP’s success in the downhill World Cup circuit, we’re excited to see where their drivetrain developments go next.

MBA: What must-have features did you and Aaron demand from TRP’s DH7 group?

Hall: You might laugh a little. Honestly, Aaron’s biggest request is silence. He likes his bikes and drivetrain to be quiet. Any annoying noise can take his focus away from what he has to do in order to put a perfect race run together. A happy racer makes for a happy mechanic.

I can honestly say that I got all my must-have features on the new TRP DH7 drivetrain. As I said, it’s resilient. It is adjustable so that it can suit your every need and preference. Things can be tightened back up once they start to wear out, and it’s easy to work on. I’d say give it a chance. It’s different because it has to be, but you’ll be pleasantly surprised how quickly you come to love it.

Trailgrams: My Wife Bought Me a Mountain Bike