Shimano’s 12-speed XTR drivetrain garnered much attention when it was introduced, as it was designed to compete with SRAM’s popular 12-speed drivetrains that had been stealing OEM spec. The following year we saw Shimano’s group enter a lower price point with the XT and SLX options. Shimano then entered the market with its Deore group featuring all the same tech as the XTR but at just $300—less than the cost of an XTR crankset alone. We decided to build up a bike with the new Deore groupset to see how it compares with the rest of the line. Is the new Deore group right for you? Let’s find out. 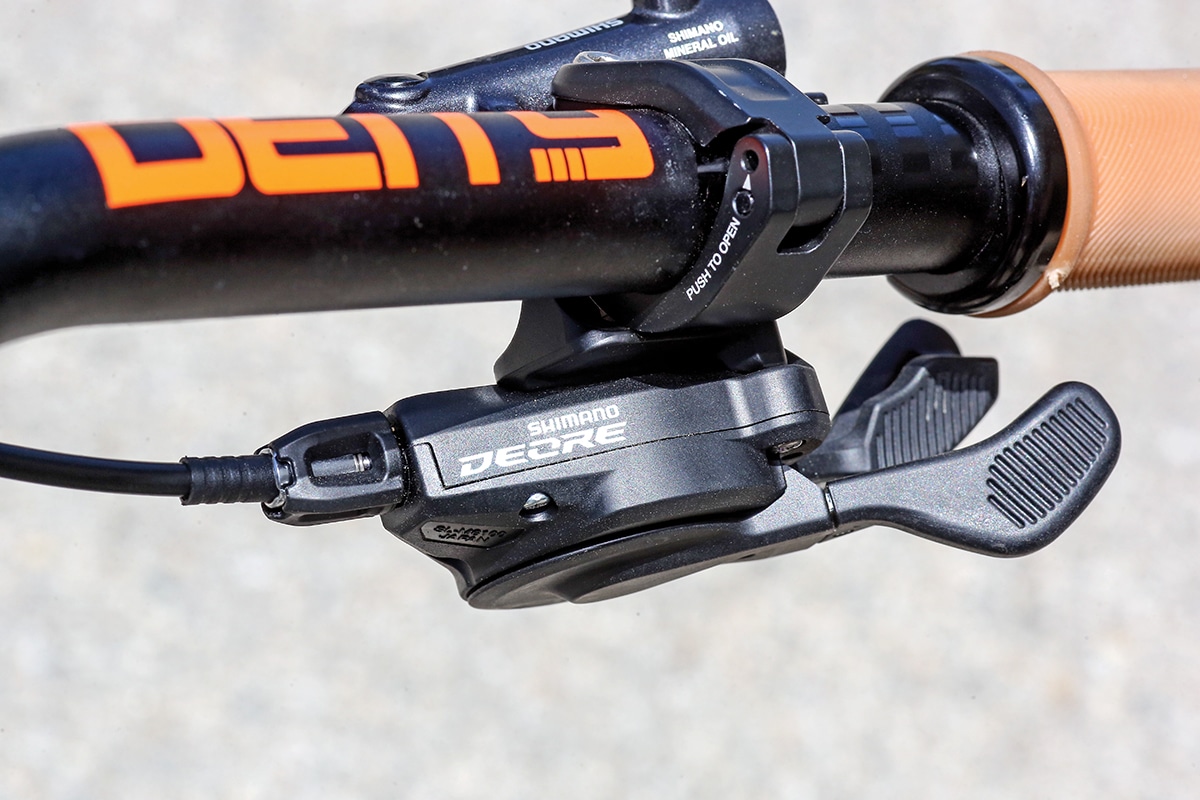 Many of the same technologies are brought down to the new Deore group to make it a competitive option for value-driven mountain bikers. Starting with the M6100 Deore crankset, we see a classic two-piece design with the option of either 170mm or 175mm crank lengths. The crankset comes with your choice of a 30- or 32-tooth direct-mount chainring; however, it’s compatible with all levels of Shimano 12-speed rings. This means you could swap the front ring with an SLX, XT or XTR should you want to upgrade. The Deore crankset retails for $95 and weighs 778 grams. For comparison, an XTR crankset is nearly $550 with a claimed weight of 516 grams. 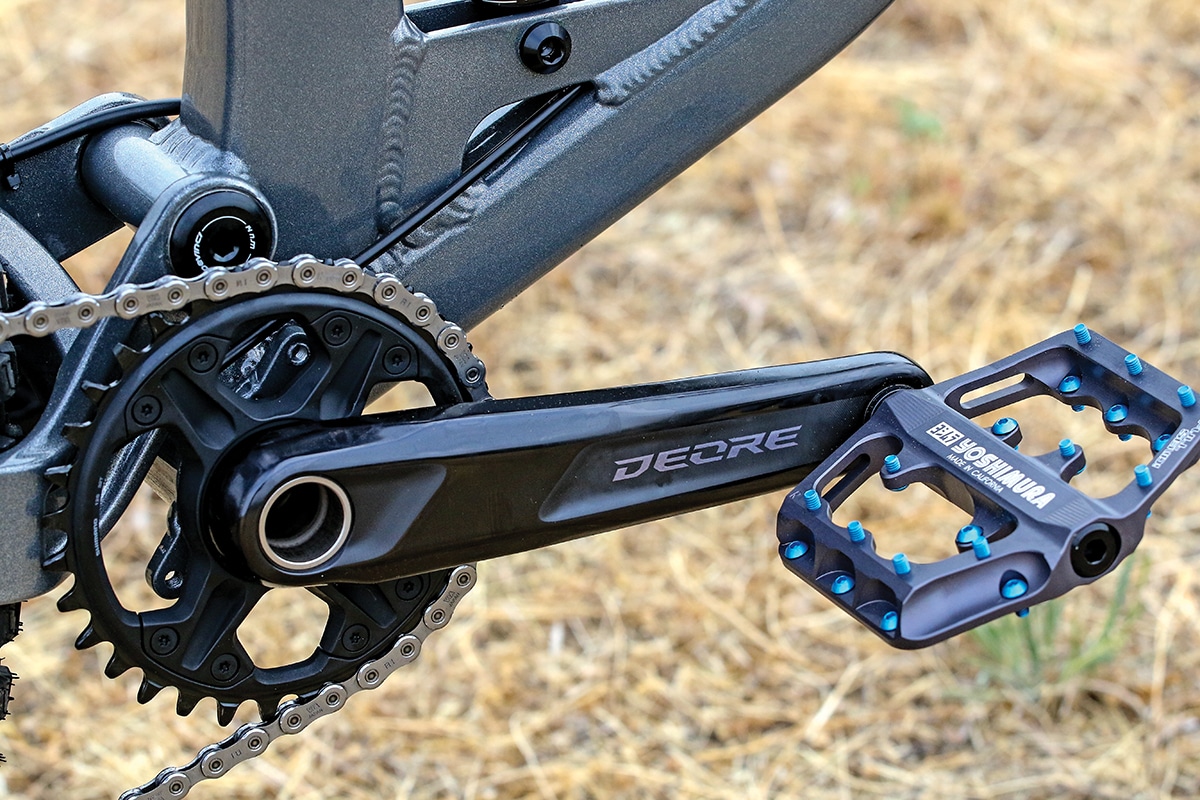 Moving to the new cassette, we see the same 10-51 tooth gear range and Shimano’s Hyperglide+ technology. This means the new Deore drivetrain can be shifted under load, similar to its higher-end counterparts. There’s no need to let off the pedals while shifting with Shimano’s unique design. Deore cassettes sell for $92 and weigh 593 grams. Unlike the SLX and XT that feature some aluminum rings, and the XTR, which has some aluminum and titanium rings, Deore cassettes have fully aluminum construction. XTR cassettes are nearly $300 more with a weight savings of 217 grams. 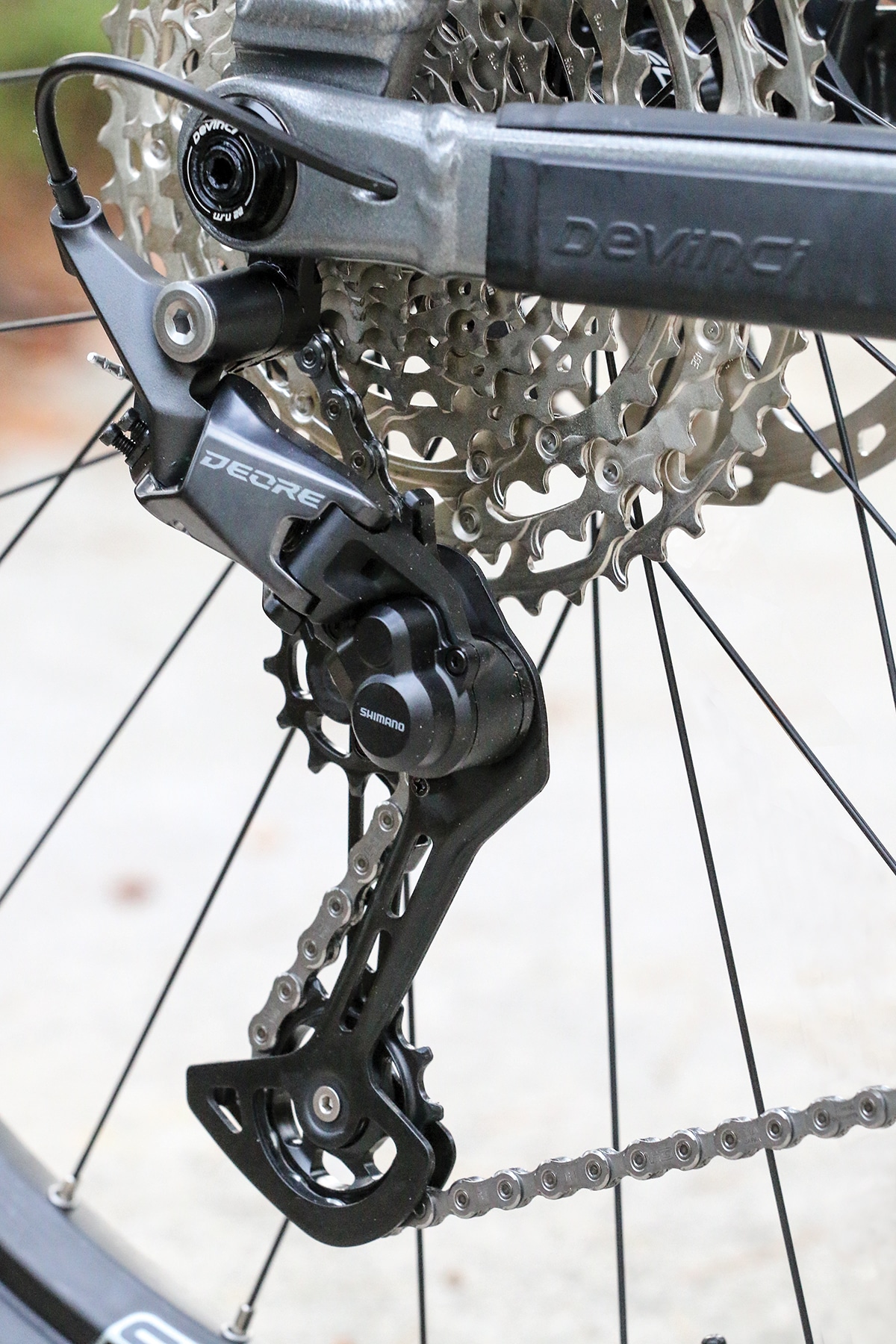 Deore shifters are simple and to the point with Shimano’s Rapidfire Plus shifting technology and plastic two-way release levers. Moving up the line to XT and XTR shifters, we see a multi-release option and a rubber pad for comfort. The Deore shifters require riders to click through the 12 speeds one at a time. Shimano sells the Deore shifter for $32.

Garage Files: How to Check and Replace Your Brake Pads