Outerbike comes to Moab to celebrate

This weekend in Moab, Utah marked the 50th and 10th anniversary respectively for the world famous Slickrock Trail, and the OuterBike bike expo. Mountain Bike Action first started riding in Moab back in 1989 – years before dropper posts and full-suspension bikes were conceived. Decades later, Moab is still a great place to ride bikes. It’s rugged, but has 100s of trails spread throughout the valley. 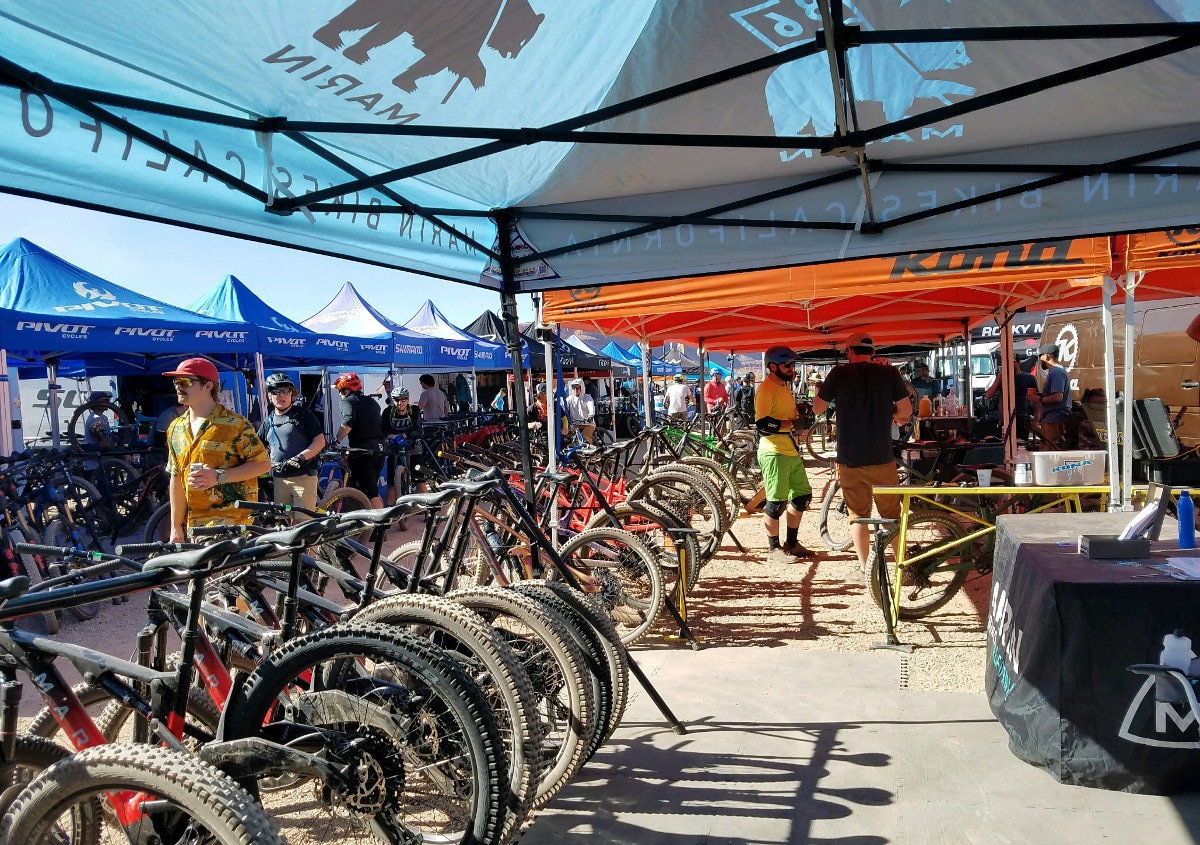 Under fabulously clear blue skies, the old mining town of Moab welcomed back a trove of over 800 mountain bikers who signed-up for the three day Outerbike expo to test ride a fleet of new bikes from over 30 brands and ride among the army of UTVs that now populate the town.

Here’s just a sample of what we saw in the aisles of OuterBike, whose next stop will be Bentonville, Arkansas later this month. 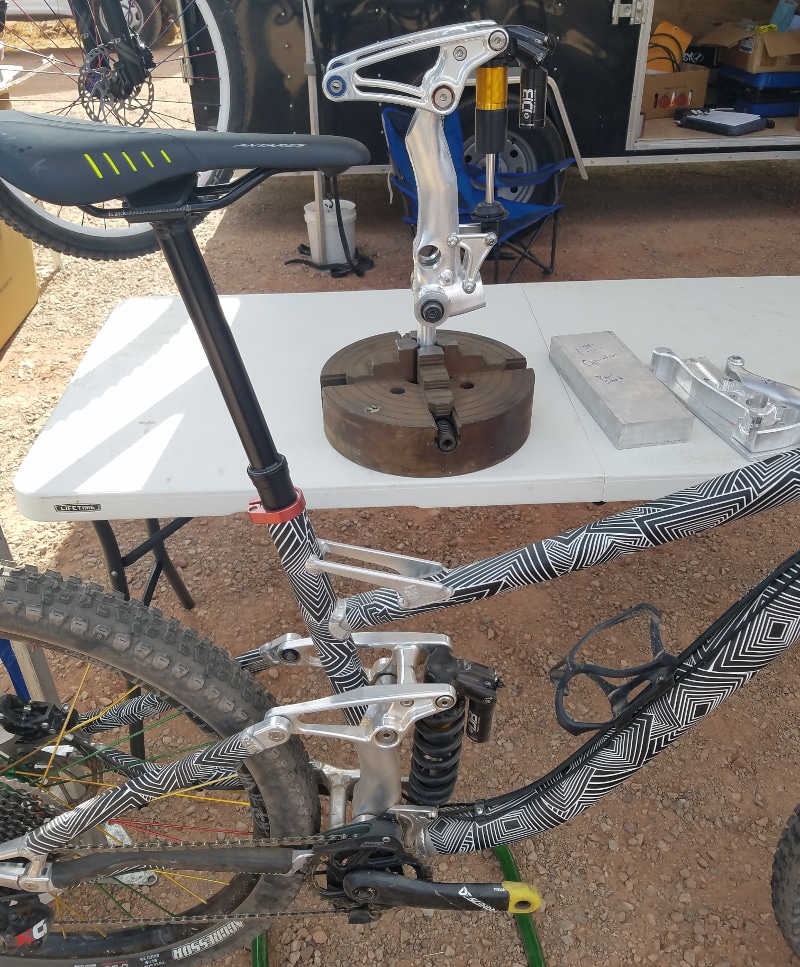 Reeb Cycles was showing of a pre-production version of their upcoming Sqweeb V3 that uses their own suspension design. The bike is slated for 150mm of travel and will sell for $4300. All of the beautiful machine work and fabrication is done at the Reeb factory in Lyons, Colorado. With the shock mount now mounted forward of the seat tube the dropper seatpost has full access. 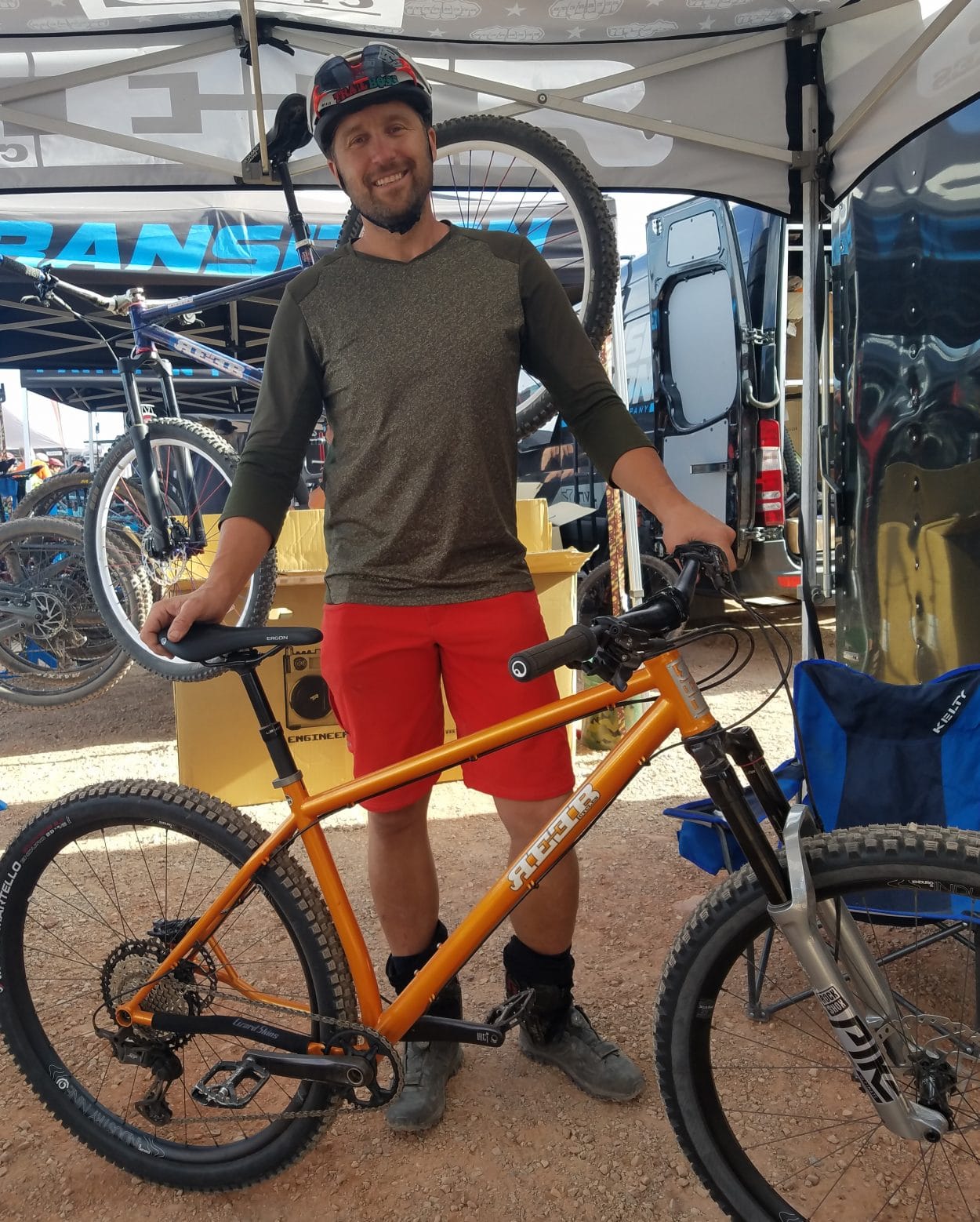 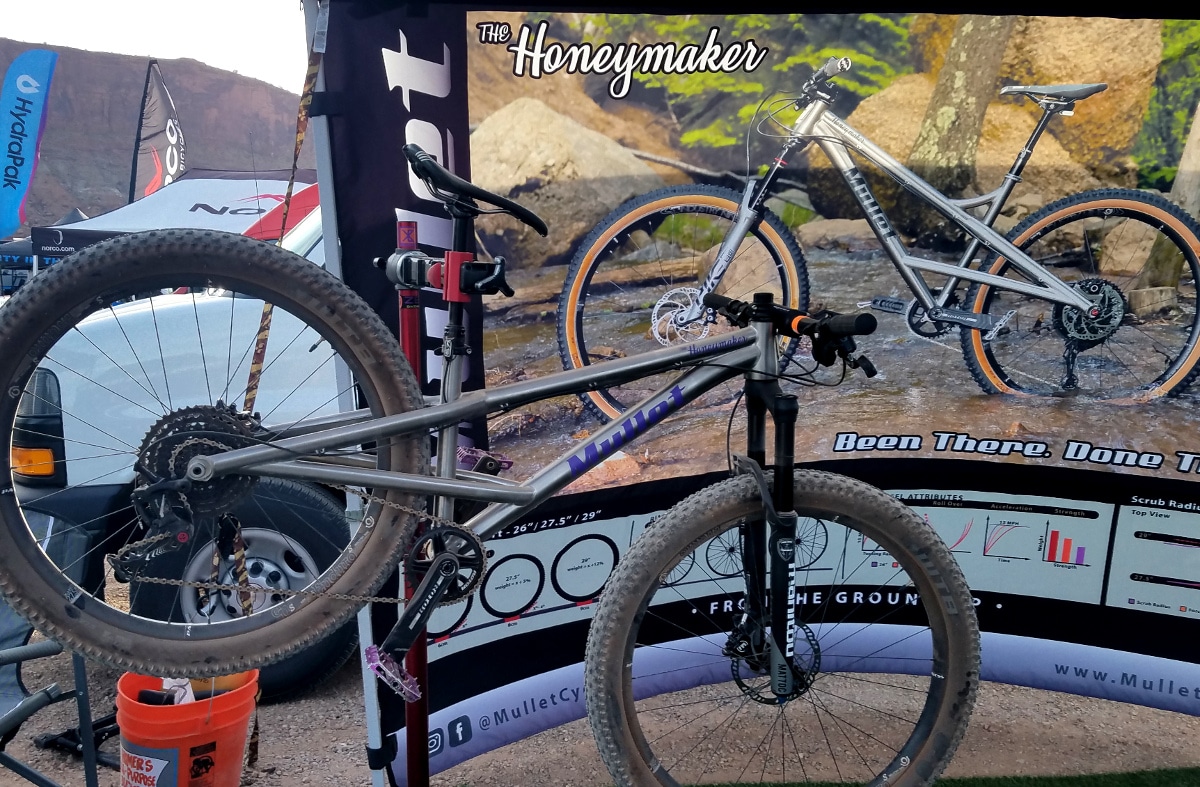 Definitely one of the more interesting bikes seen in the pits was this titanium bike with elevated chainstays at the Mullet Cycles booth. In addition to the frame design, what makes the Mullet bikes unique is their dedicated mixed wheel set with a front 29’er coupled with a 27.5 rear wheel. 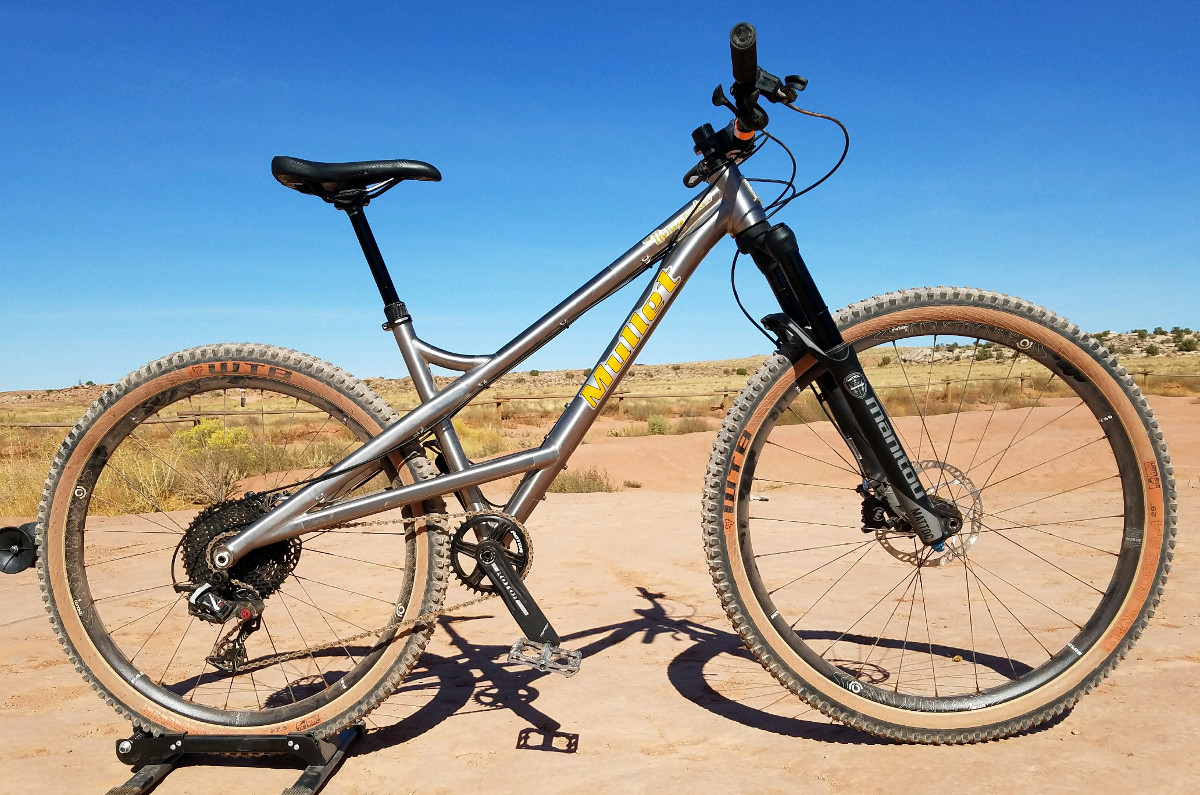 The Mullet frames are available in 3 sizes, have two water bottle mounts and will sell for $1999 and the frame is designed around a 38-40 front chainring to clear the big tire. www.mulletcycles.com 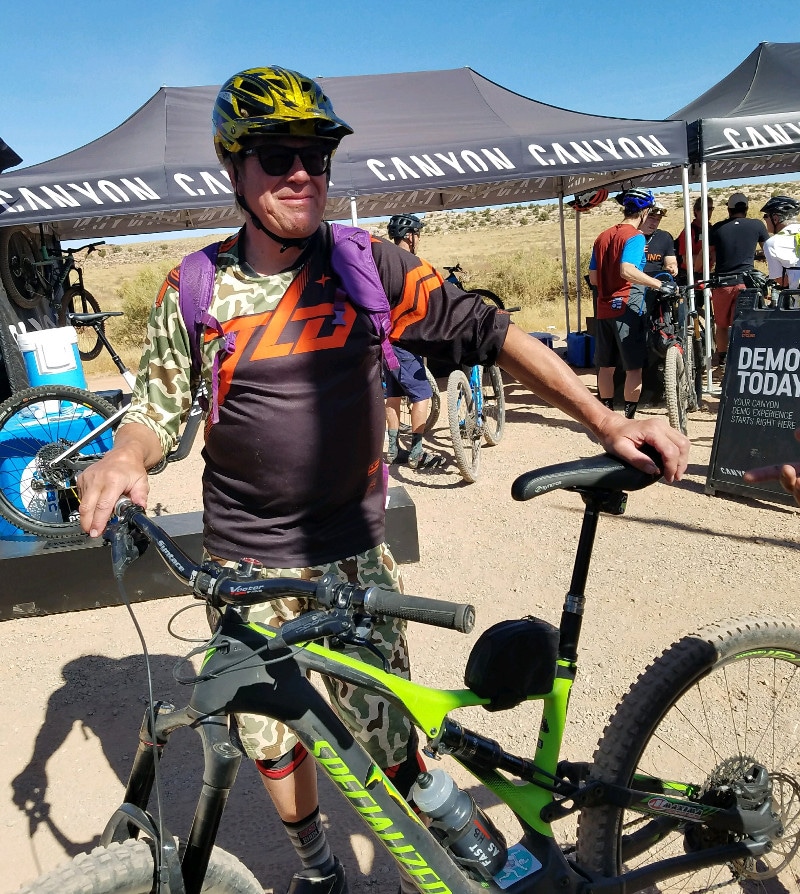 It was great to see 1990 UCI downhill world champion Greg Herbold traipsing thru the aisles. “H-Ball” is still riding bikes and telling some highly animated stories. 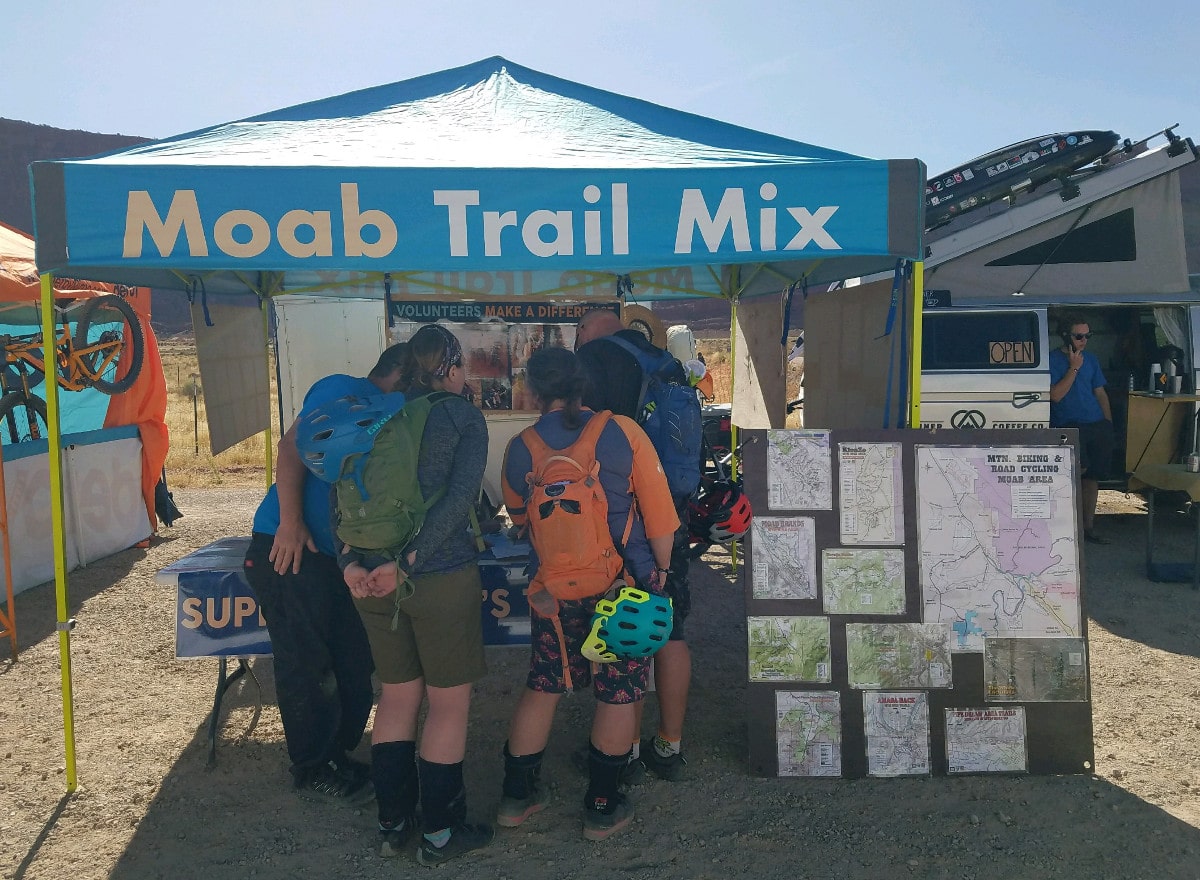 The big news this year is that the world-famous Slickrock Trail is celebrating its 50-year existence as one of the most unique and challenging trail networks in the world. It’s like riding in a giant skatepark and is definitely physically challenging.

Much as changed since we last visited, including a lot more traffic. Luckily the city has spent money on plenty of cycling friendly infrastructure like this bike path that heads eight miles out of town and is littered with sweet trail heads along the way. 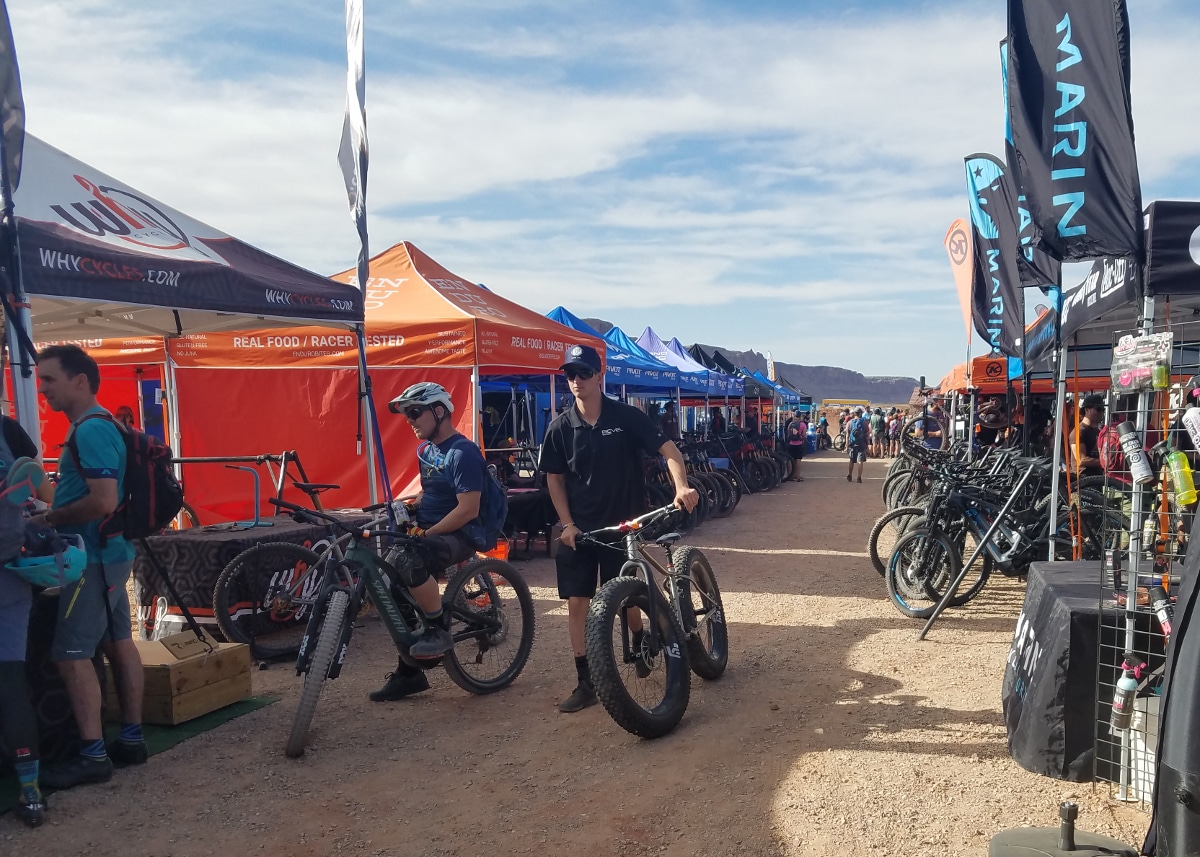