SPANK offers an explanation and solution to hand/arm numbness

What is Hand/Arm Numbness, and Why is it such a problem for MTB riders?

The phenomenon of hand and arm numbness and fatigue from holding onto vibrating equipment is not new to mountain bikers. In fact as modern development of MTB components has lead to stronger and stiffer components, we have amplified this effect to the point that “arm pump” is prevalent problem for gravity riders world wide. For those of us who suffer from impulse and vibrational fatigue, it can seem like a loosing battle. Gripping a vibrating handlebar leads to hand numbness, which can reduce the perception of a firm grip, which in turns triggers a reaction to grip harder, leading to fatigue. With today’s high performance riders and bicycles demanding the utmost in stiffness and light weight out of all their components, what is the answer? Surely few of us would accept a highly “flexible” handlebar. Wide diameter, soft grips and padded gloves can reduce some of the impulse energy delivered to hands, but often result in squeezing harder to get the same perceived grip on the bars, and do little to reduce the vibrational energy that travels through bars to hands. Heavy handlebar counter-weights used in Motocross have been effective to reduce vibration, but are not suitable for highly weight optimized mountain bikes.

Reports from the world’s top riders indicates that recent trends in over-sized handlebar diameters, such as 35mm, have actually amplified the issue of hand/arm fatigue, and efforts to make these bars more compliant (flexible) may in fact bring them too close to critical wall thicknesses, reducing both safety and performance. Some competitors have combated this effect by turning to carbon, which offers a higher level of vibrational dampening than alloy and low overall weights, but at the cost of environmental responsibility and affordable prices. 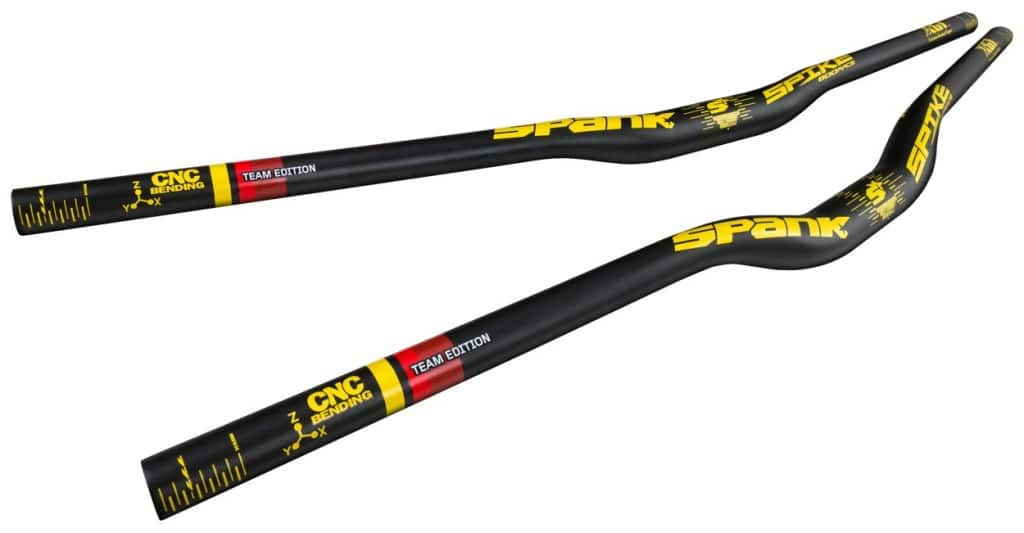 At Spank Industries our goal was to produce a solution which offered the best of all worlds, in any handlebar diameter, with a focus on a standard diameter that works, 31.8mm. After all it was Gavin Vos, the founder of Spank Industries, who first introduced the 31.8mm standard to the industry years ago, after careful study into strength to weight ratios and critical wall thicknesses. It was fundamental in the development of the VIBROCORE system, to provide the stiffness and responsiveness that our World Cup Dh Racers demanded, but at the same time to reduce the impulse and vibrational fatigue that had already put some of our pros under the knife…and do it with a system that kept the overall weight of the bars competitive at any level. It was also imperative to us to achieve this with a recyclable material, and at a reasonable price. In conjunction with Spank’s Dual XGT Taper technology, which sees alloy handlebars butted up to seven times, VIBROCORE offers just that. The VIBROCORE Team Edition Spike 800Race Handlebar weighs in at just 335g which is just 25g more than the standard Spike 800Race model, making them the lightest effective anti-vibration system available today! 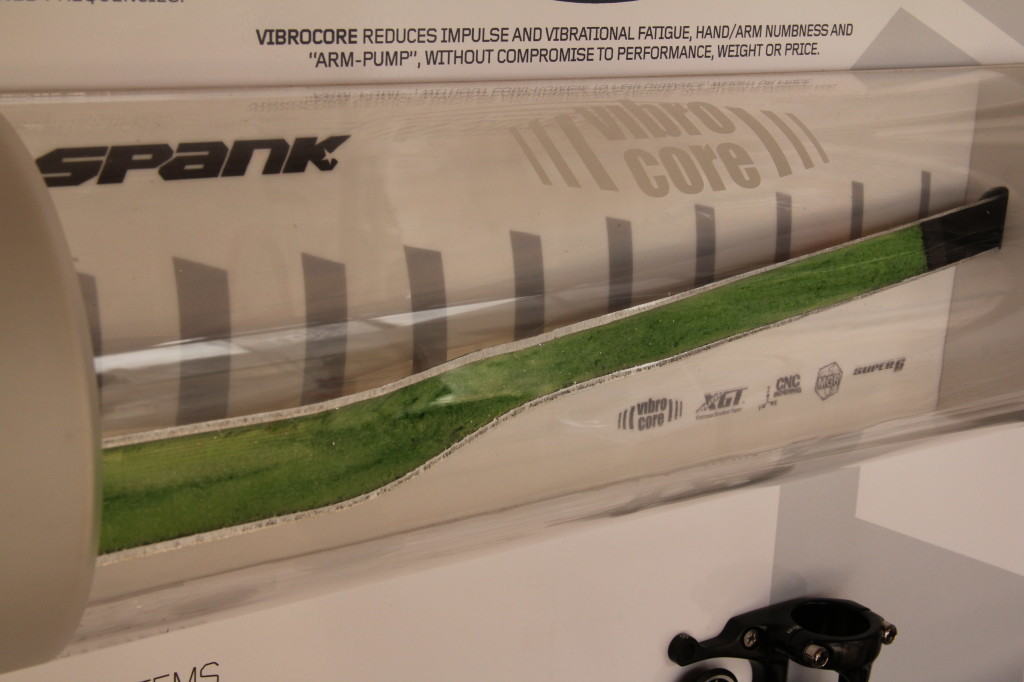 How does VIBROCORE work?

The theory behind Spank’s VIBROCORE Impulse and Fatigue Dampening System is simple. First its important to understand that like all forms of energy, the vibrational energy that is transmitted through your bars to your hands, is made up of waves, which can be measured in amplitude and frequency. The more dense a material, the higher its ability to transmit these energy waves. Alloys have a very high density, and in turn transmit vibrational energy very effectively. VIBROCORE is a complex, low density material which fills the core of the handlebar, reducing the frequency, amplitude, and duration of energy waves traveling through the handlebar. Not only does the low density of the VIBROCORE impede the transfer of energy, but as energy waves cross material boundaries from high density to low density within the bar, they are refracted and reflected (basically bounced in different directions), reducing their ability to build on one another (resonate) or sustain vibrational frequencies. Where competitors have been forced to design unwanted flexibility into their bars, Spank’s VIBROCORE system also acts to reinforce the handlebar from the inside, making it stronger and stiffer, resulting in a more responsive performance and improved sensitivity. The result is a handlebar that feels incredibly strong and rigid, AND acts to reduce impulse and vibrational fatigue.

Testing with World Cup Dh racers like Mick and Tracey Hannah, has shown that by reducing the “white noise” vibration from riding, VIBROCORE handlebars enhance tactile sensitivity between rider, bike, and terrain. When races are won or lost by milliseconds, this can make all the difference!

Steps To The Top – Redbull Joyride