was just controlling the build and not exploding myself before I could even get to my full potential. That’s why this series is so great ‘cause I’ve been practicing new skills in Dual Slalom and Downhill and then taking it to Enduro. Just kind of going the speed I want to go and not overrace myself. It’s great to have so many races back-to-back-to-back and just allow yourself to ramp up.” 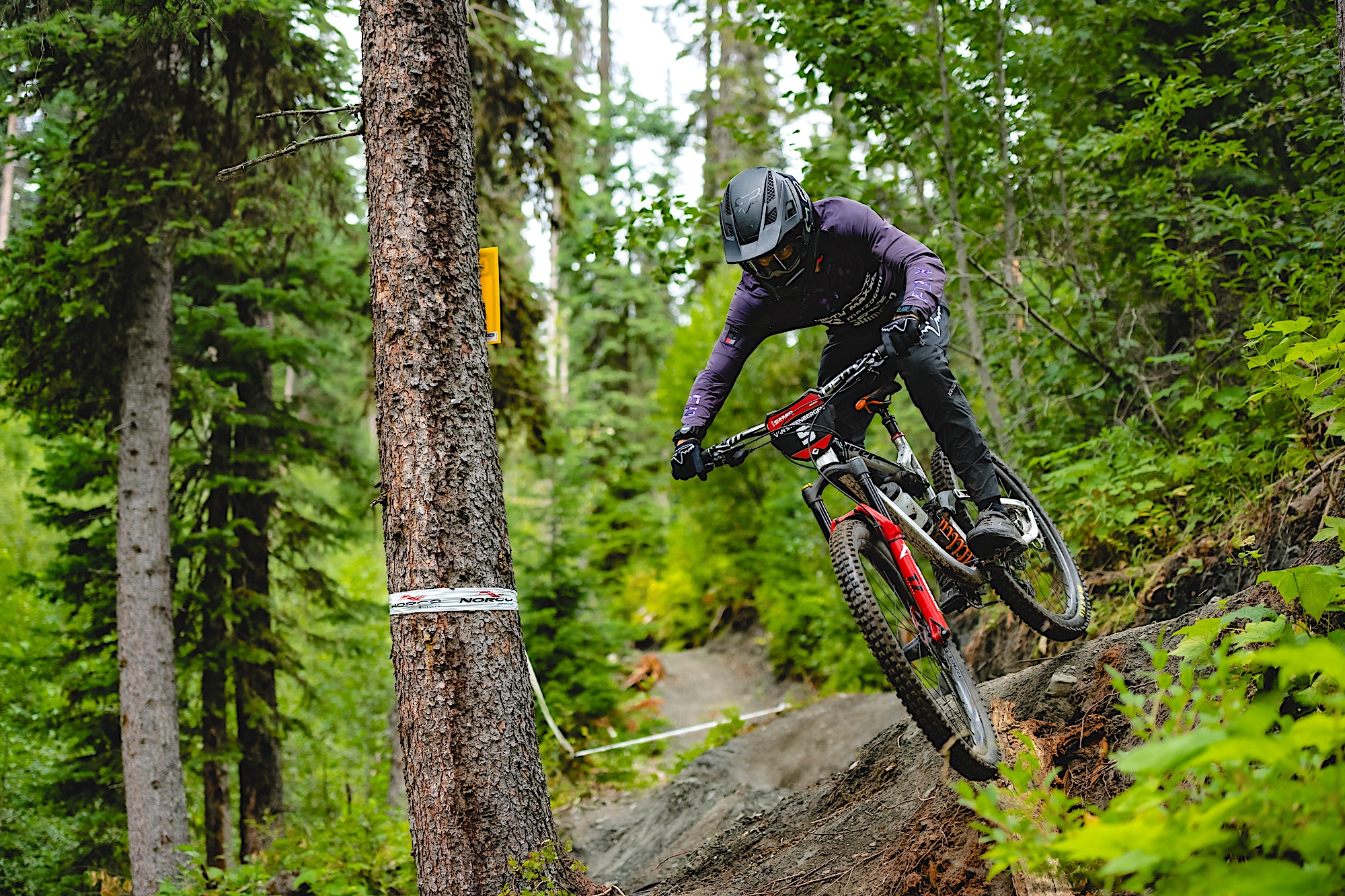 Heading out of the Summer Series, Melamed says he feels like he’s on top of his game once again.

“I’ve got that racing edge, the focus is there, and this will be a really good springboard into the EWS.”

On the women’s side, Andréane Lanthier Nadeau (ALN) is another athlete whose performance has been on an upward trajectory since the start of the series. ALN got her first win of the series in last week’s Enduro, then went on to win the Psychosis DH.

“I’m happy about today,” she said after winning three stages and finishing in the top spot with a four-stage total of 31:47.77. “I think it’s like a social experiment at this point about how many races we racers can do in that amount of time. Yeah, it was super physical. The times on transitions were tight, so I think everyone pushed. Everyone was very tired. I think we’re running on fumes at this point.”

Nine races deep, it was a sentiment echoed by the second-place finisher Miranda Miller.

“It felt like more of a personal battle,” said Miller of her 32:22.84, less than two seconds ahead of third-place finisher Casey Brown. “I didn’t really feel like I was battling anyone. I feel like ALN did a really good job and kind of just smoked us. And then I was just floundering behind. It was a good day. But a really, really hard day. Really hard day.” 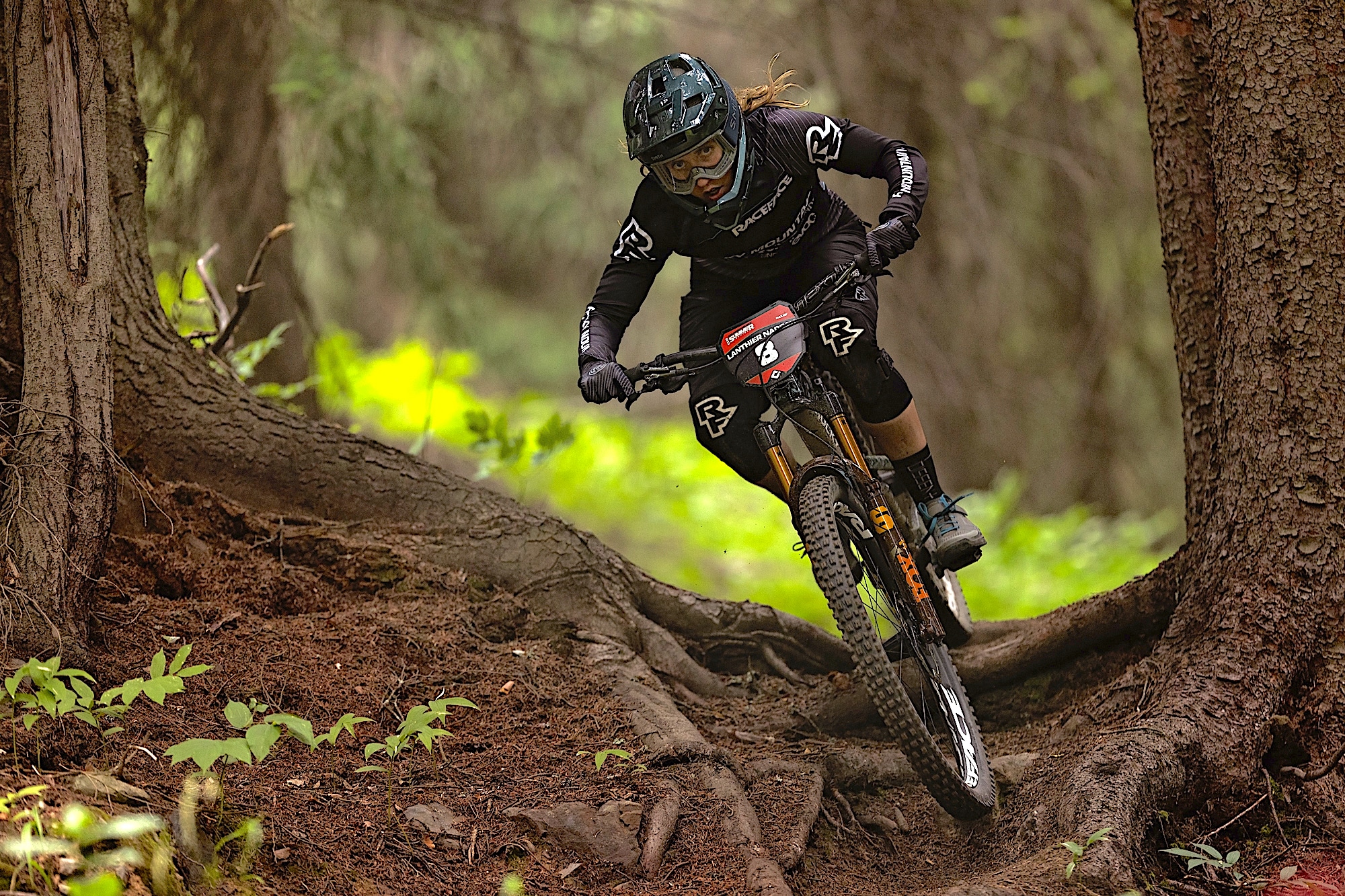 “After the first stage I was like ‘screw this, I’m cooked,’” she added, of the ups and downs that followed her on the trails today. “I felt like I was riding so poorly and I was pretty far off the back. And then I dropped into Stage Two and it was a little bit better and I was able to flow with the trail a little bit more and it felt less like just fighting the whole way down.”

She said that little bit of momentum helped her shift her focus from results to the feeling of riding her bike.

Next to Brown in the standings, the men’s third place finish marked a return to the series. After sustaining an injury in Psychosis practice, Kasper Woolley made his way back to the start line. He finished the day with a 27:21.91 overall, saying his return to racing was “really good,” despite a few setbacks.

“I came out of the gates pretty good. Won Stage One, second on Stage Two, so, leading after Stage Two. And then, Stage Three was going well but then I crashed, really hard. High speed, caught a pedal. The brush on the side of the trail caught me like a net. It was super gnarly. Happy to seem kind of OK from that, just some whiplash and pretty sore. And then just kind of survival on the last one. Happy to hold on to third but a little bit disappointed with the last two stages.” 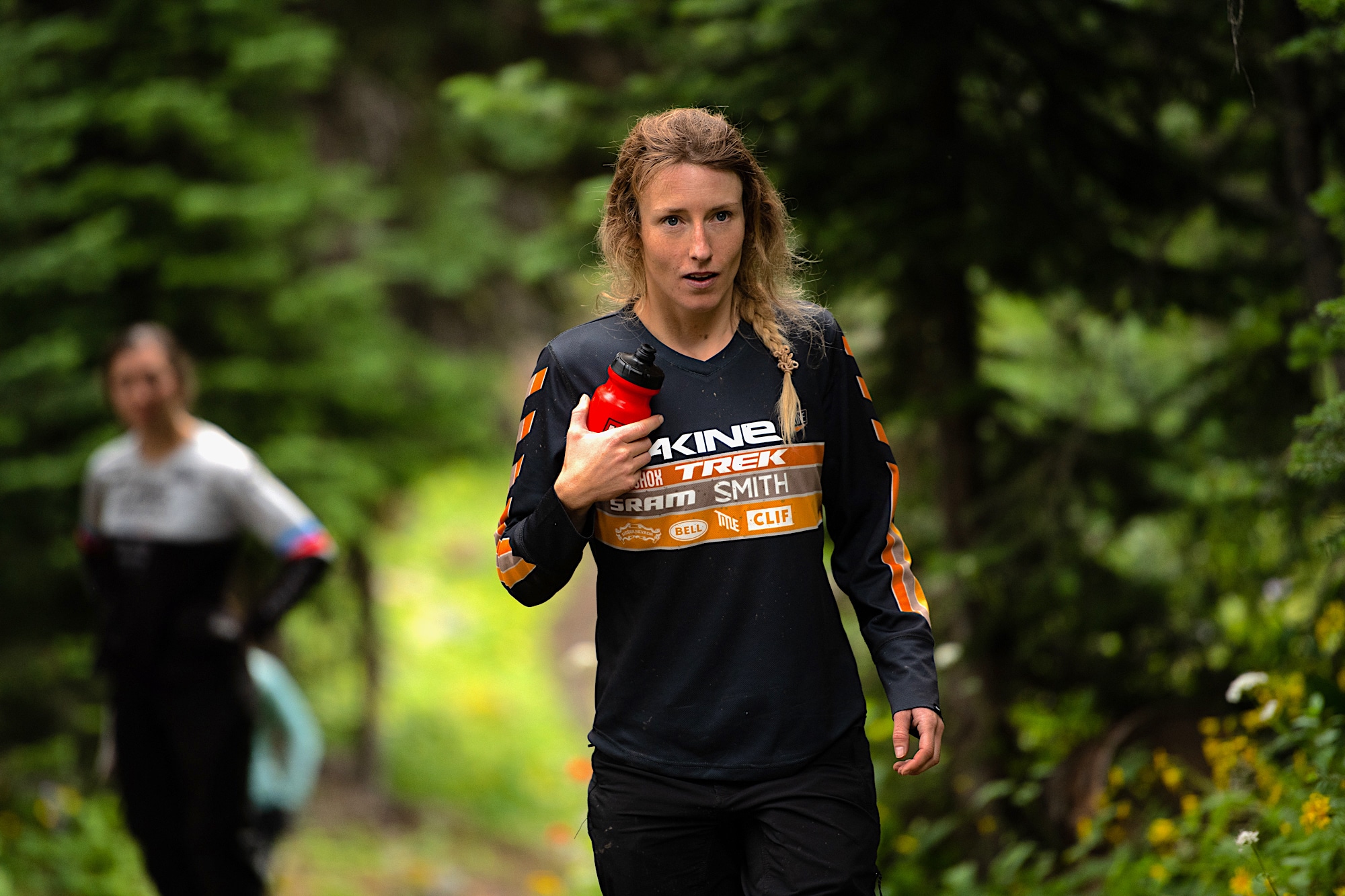 Racers’ focus now shifts to tomorrow night’s Dual Slalom competition, before going out with a bang with back-to-back live broadcasts days Thursday and Friday for the Maxxis Downhill and Air DH.

Today’s results offer up the final Enduro points that will…