Team of the Month 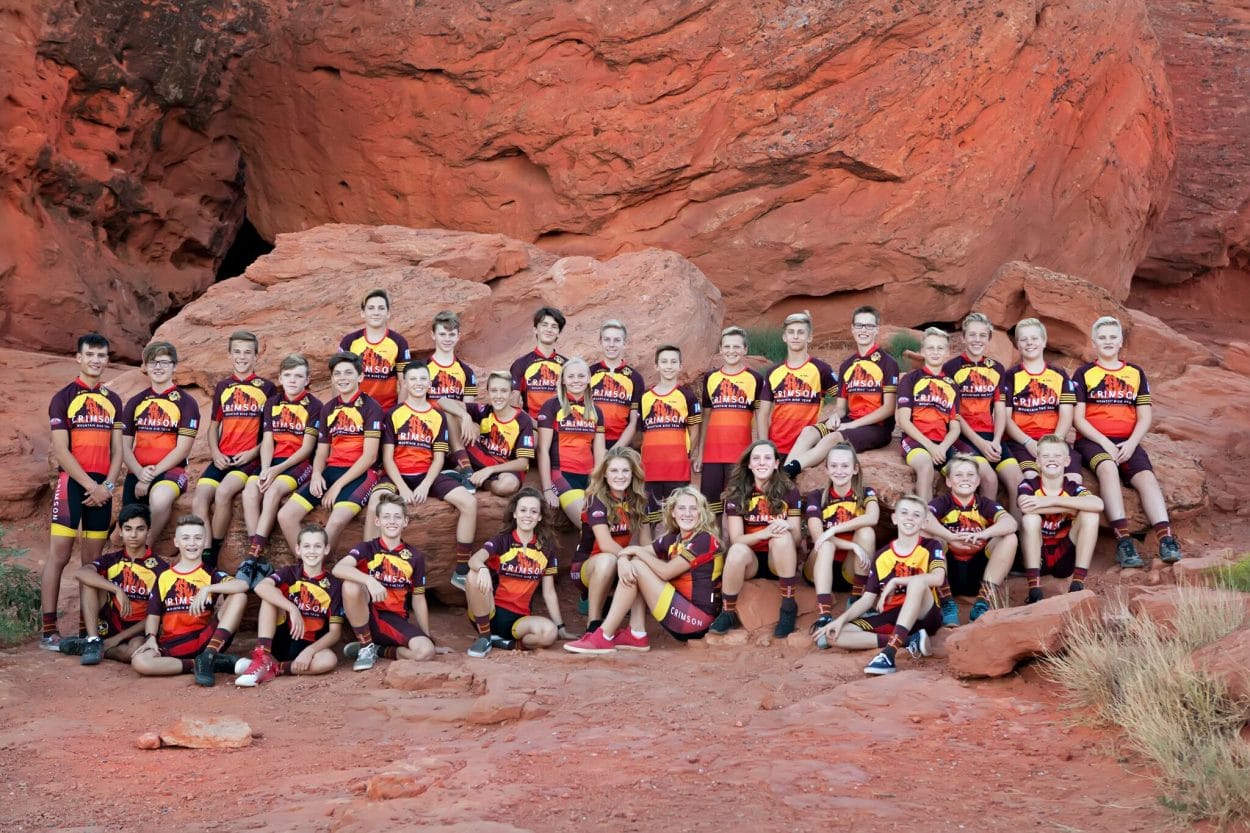 One of the most inspirational developments in the world of USA mountain biking has been the explosive growth of high school racing. This month we reached out to head coach Chris Tidwell to learn about the Crimson Cliffs mountain bike team in St. George, Utah.

Chris Tidwell: We are the Crimson Cliffs mountain bike team. 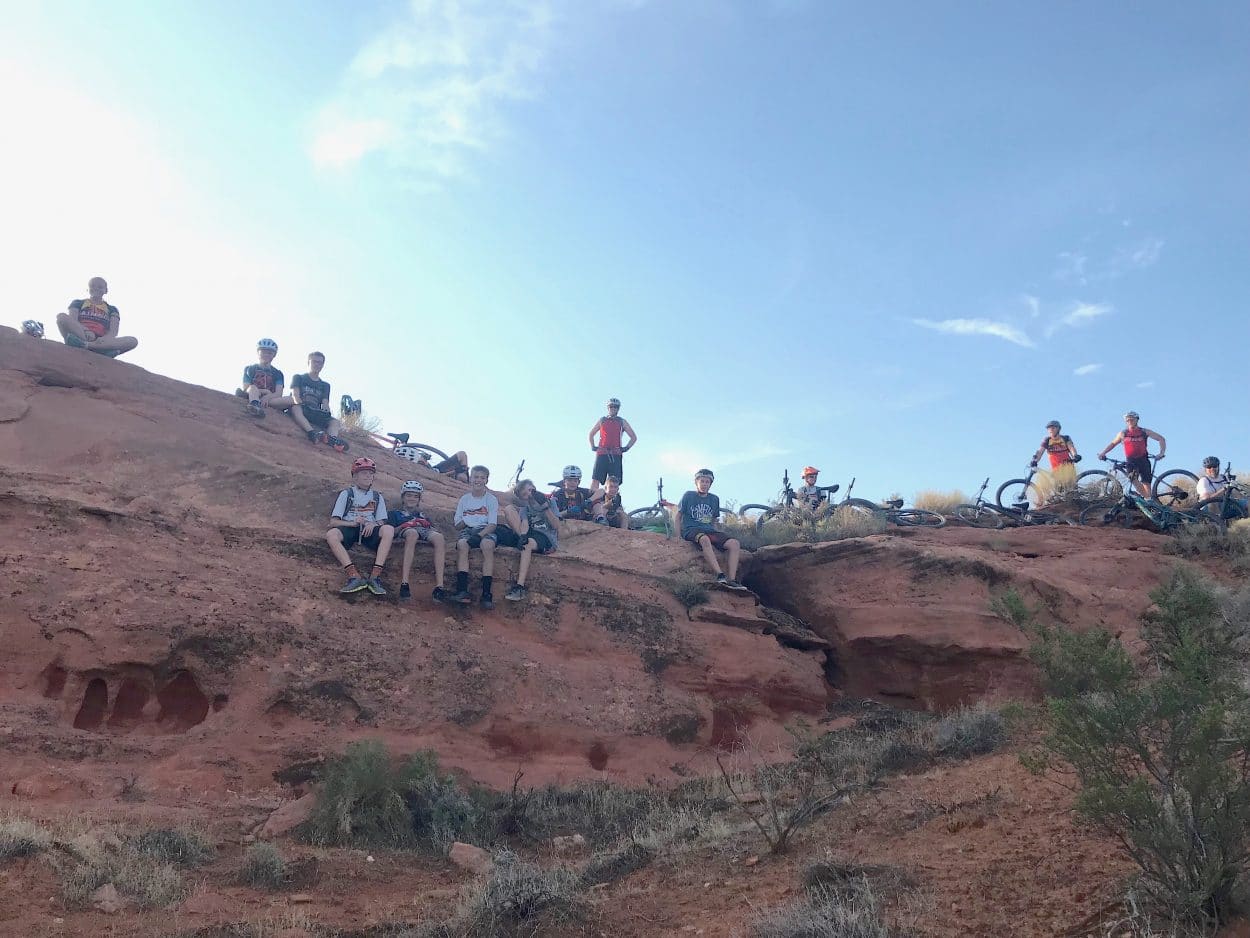 All athletes attend Crimson Cliffs Middle or High School, and we kept the school name. Most of our riders live in Washington, Utah, which is a neighboring city of the better-known St. George, Utah. 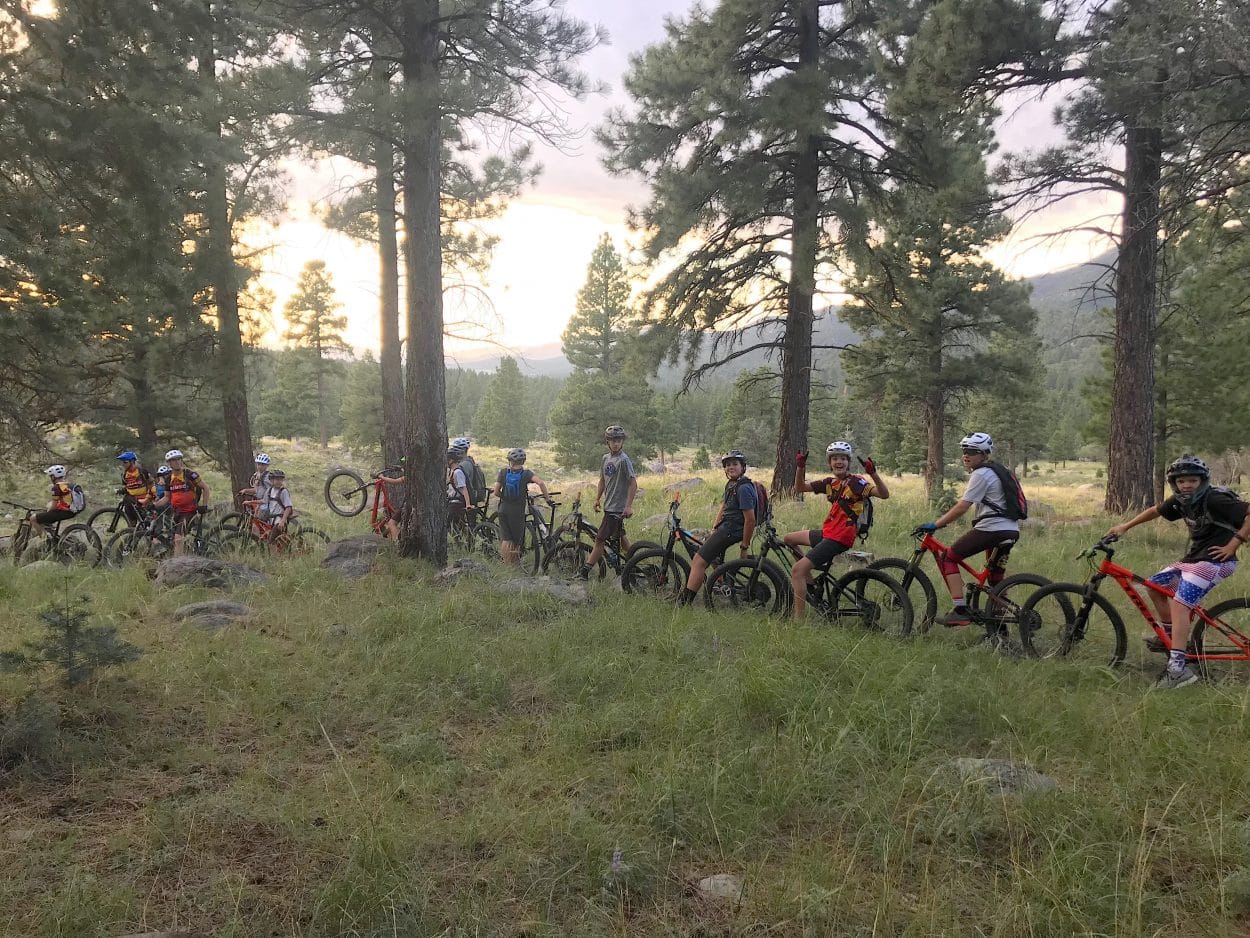 We race in the Utah League, South Region D2. With the Utah League being the largest in the country, we have three regions. Within each region, schools are classified as D1 or D2 based on the overall size of the team. 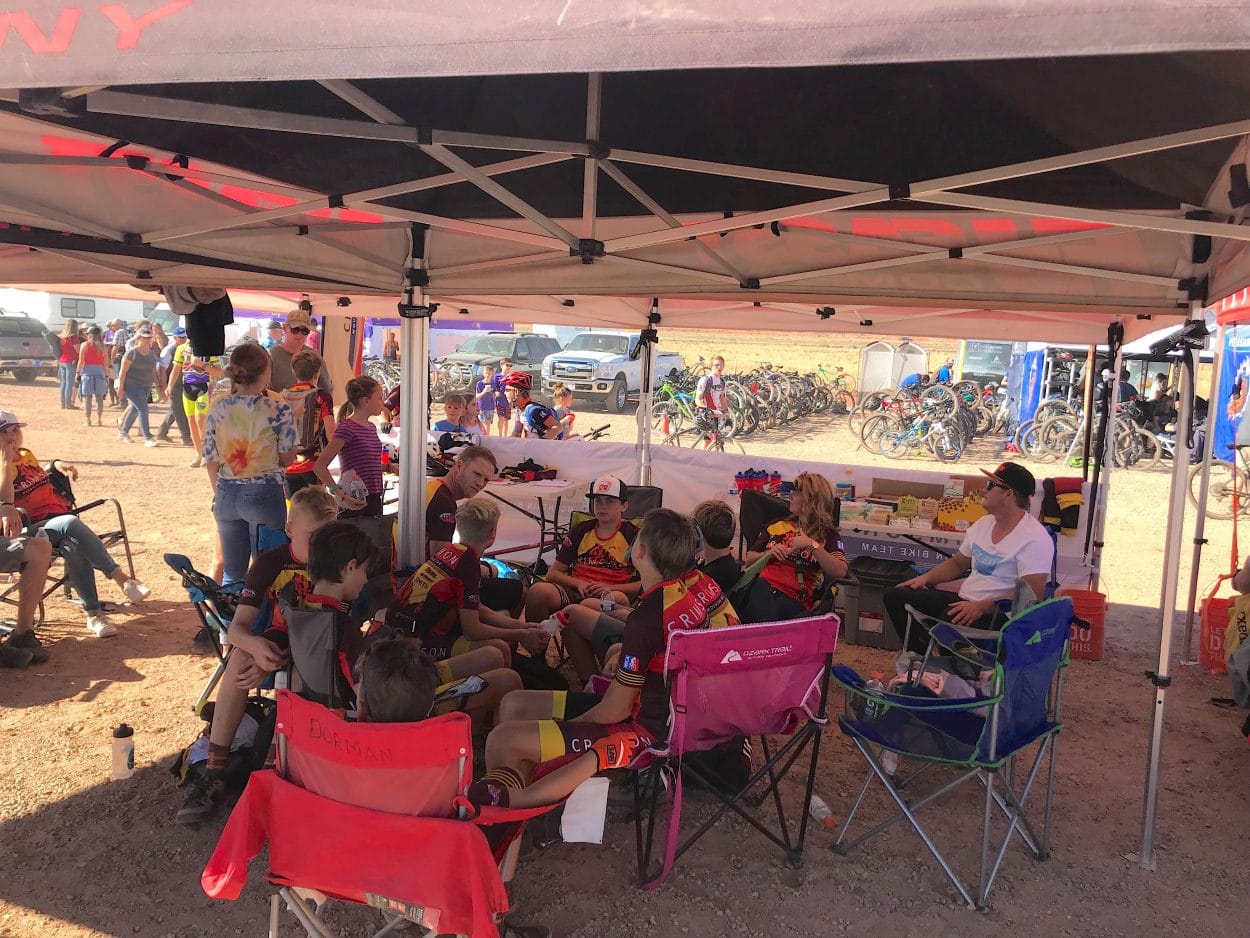 Officially, high school mountain bike racing for southern Utah athletes started in 2012 with the Flying Monkeys (named after an iconic trail in Southern Utah). This was a composite team that had riders from all five local high schools. At the end of the 2017 season, it was determined that the team was getting too big (200 riders), and it made more sense for each school to have its own team. Crimson Cliffs High School is actually still under construction and will be completed this year. However, the new middle school was finished, and we started our team with just 7th–9th graders. 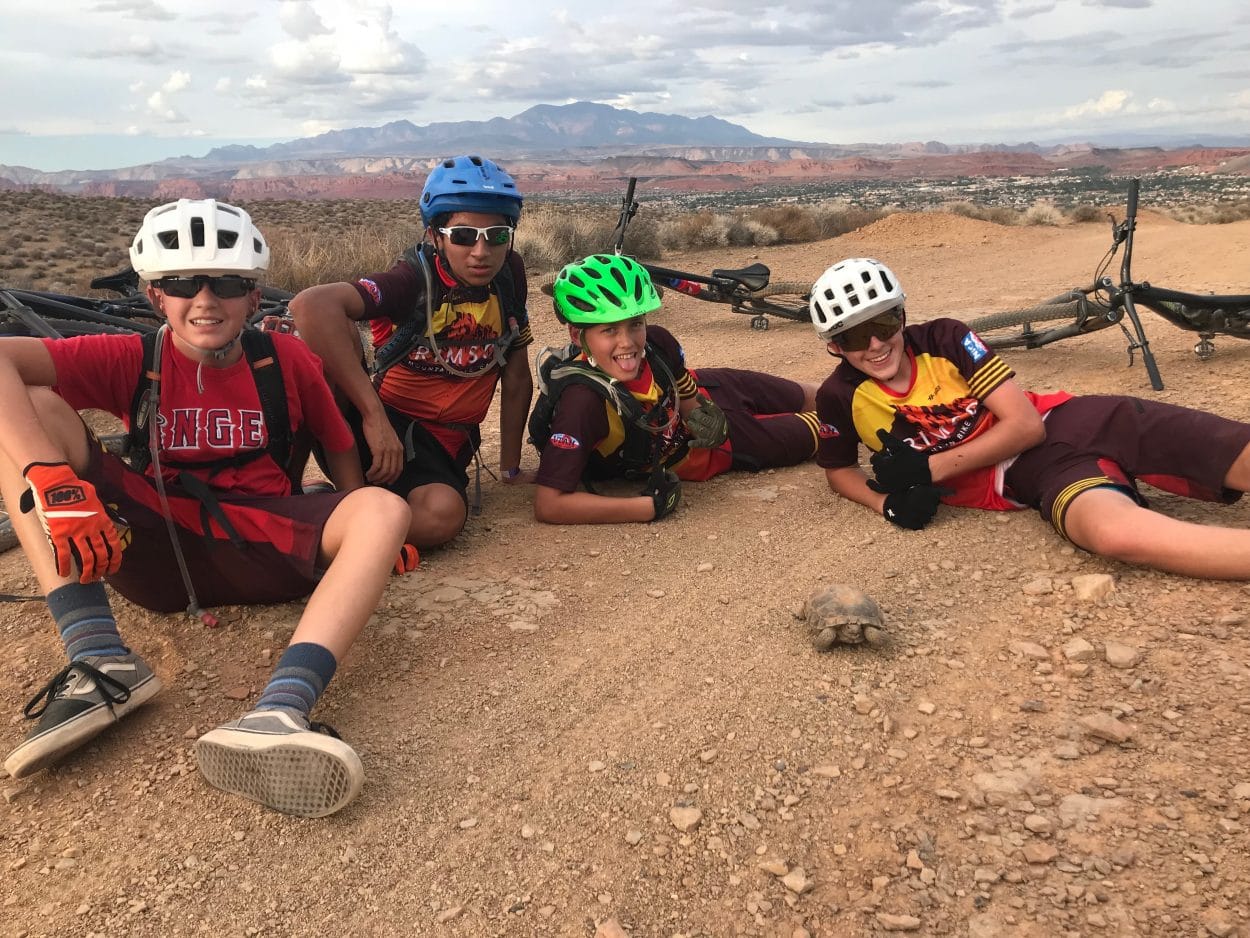 Knowing that we were a first-year team and a new school with only 7th–9th-grade athletes, I figured we would have 15 riders or so. When registration ended, we had 32! Twenty-six boys and six girls. That broke down to 22 junior devo riders (7th and 8th grade) and 10 freshmen. In southern Utah, 9th graders are still at the middle school but considered freshmen for sports. Most of our freshmen riders had a couple seasons under their belts, so even though we were a new team, we went into the first race with confidence that we could compete with the larger schools. We had several riders podium throughout the 2018 race season, so we were stoked to get 2019 started. 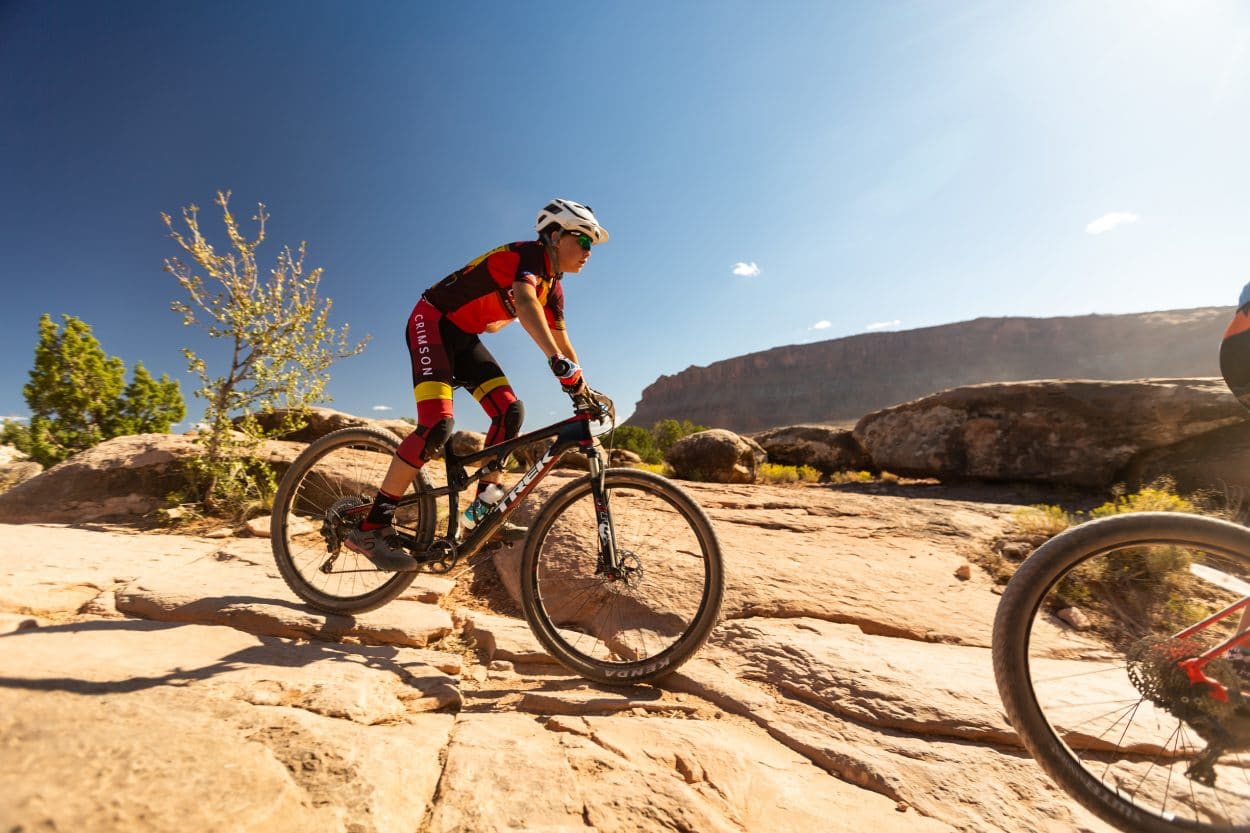 We live in a mountain biking destination, so it’s pretty hard to pick one! Since we’re in the southern part of the state and ride a lot of desert-style trails, going up north to race in the trees is always a high point for us. Powder Mountain and Kamas are standouts for sure, but when we get a chance to race in Moab, that’s pretty special, too! Our riders get pretty pumped up for Moab since the trails are very similar to what we ride daily. 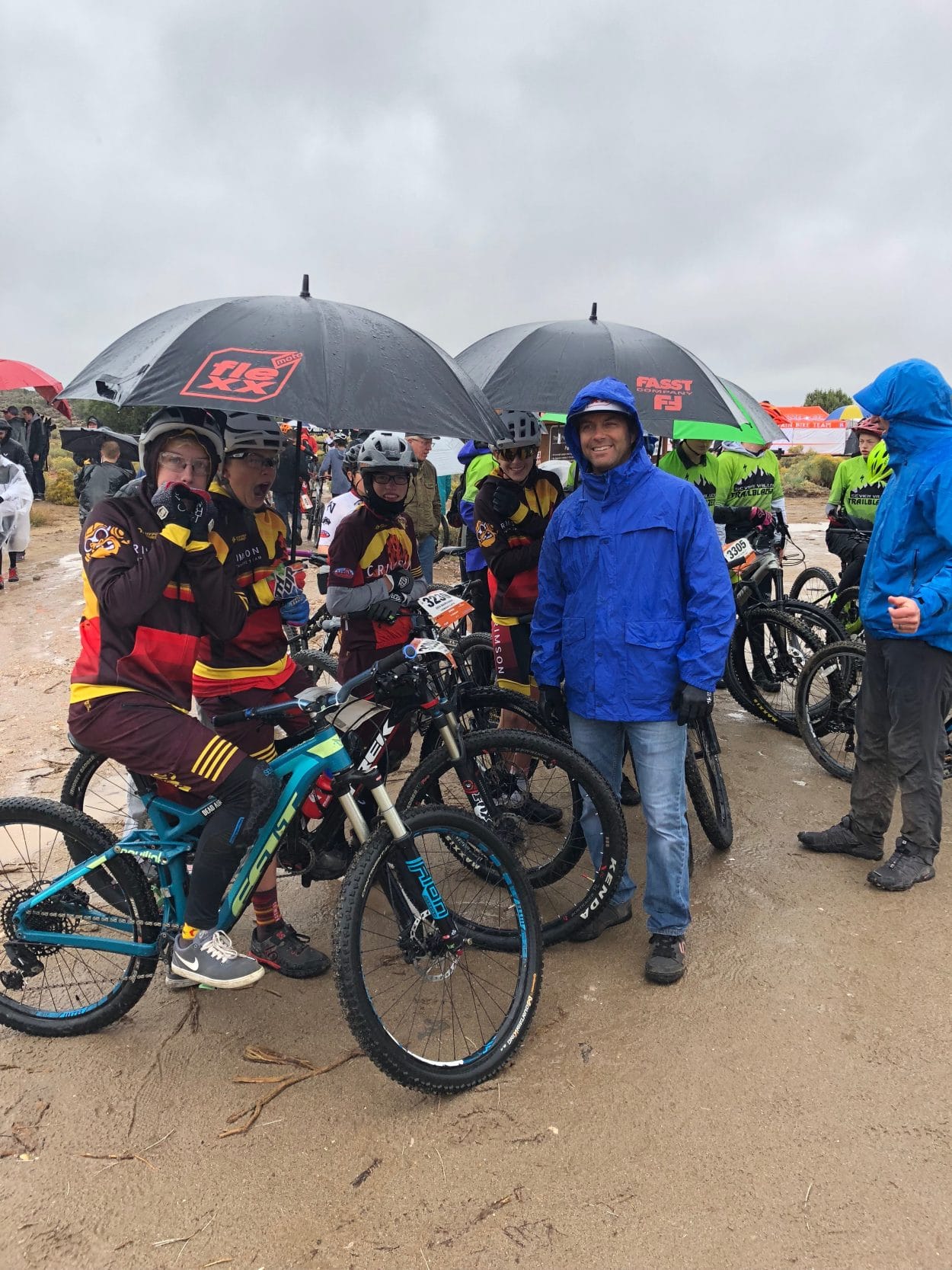 We are the newest high school in Washington County, Utah. We won the Lit Kit award for the 2018 season! Just kidding; we made that up! However, our kits received more compliments than we could count, which gave the kids confidence that they looked rad! One of our freshmen riders, Strider Tidwell, cut the end of his toe off during a practice ride, which made for an eventful evening! Big rocks don’t move. 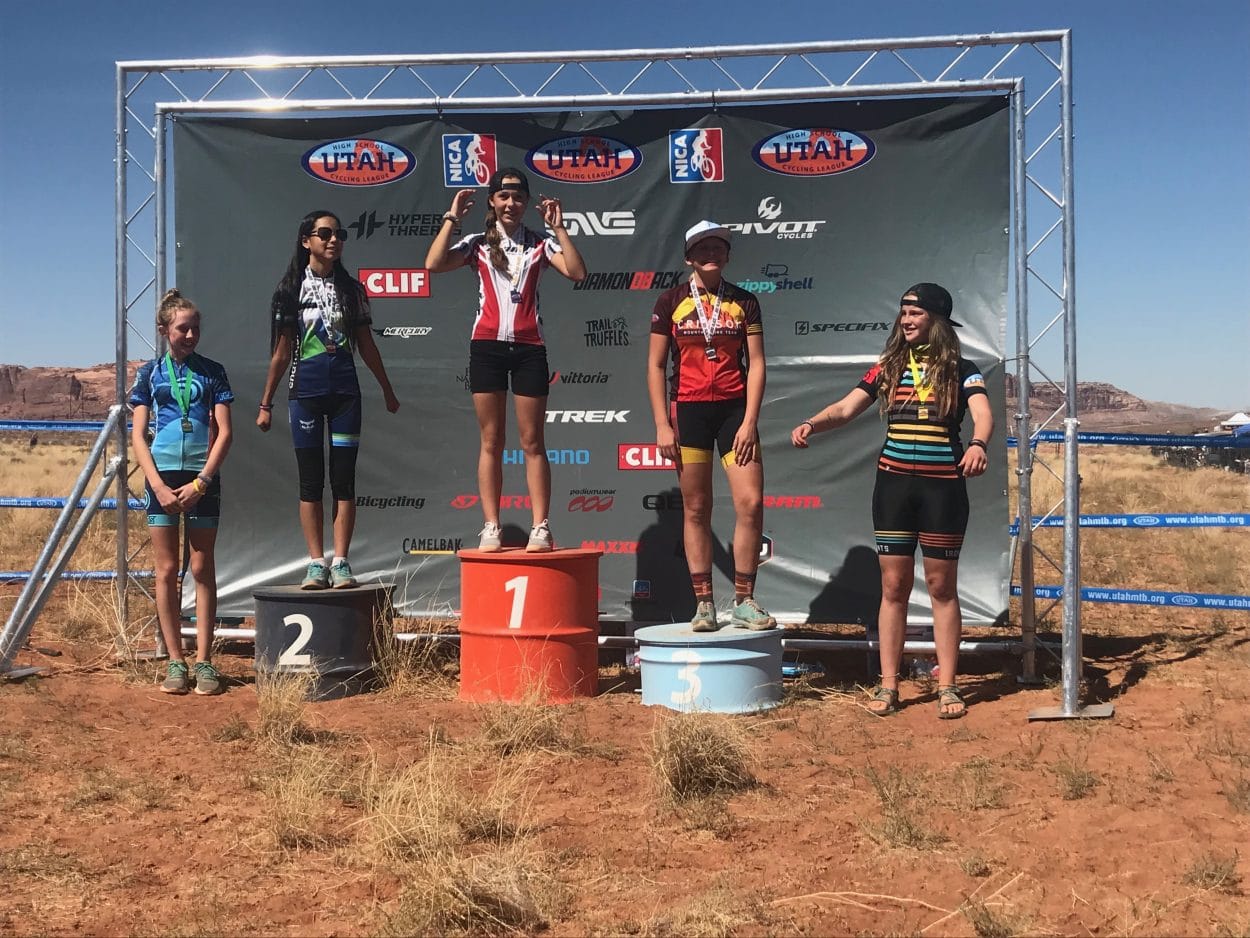 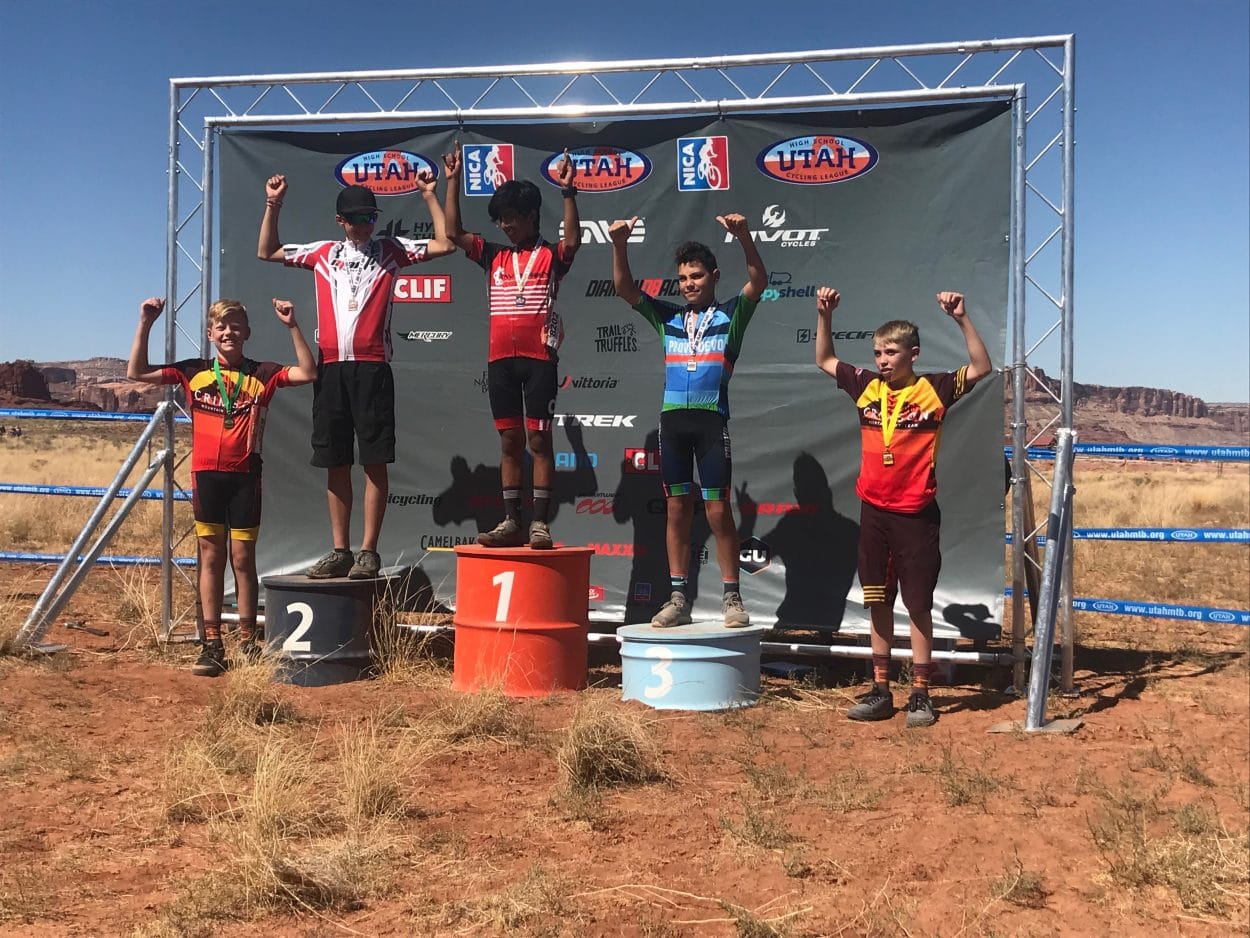 If you want your NICA team to be featured in our “Team of the Month” section, please write to
[email protected].