Inside the Pro’s Bikes – Logan Binggeli 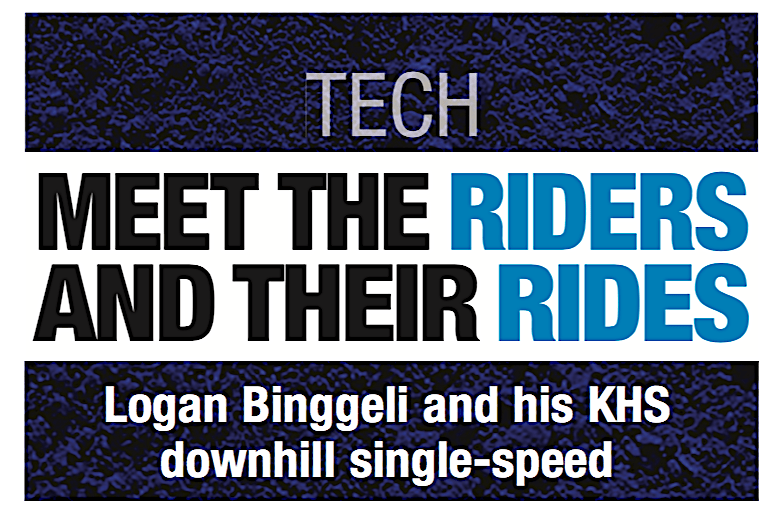 Utah’s Logan Binggeli hit the big time four years ago when he first won the U.S.A. Cycling Downhill National Championship. Since then, he has gone on to cement his reputation as one of the best mountain bikers in the country. After winning two more major downhill titles, Logan became the first top American down-hill racer to start using 27.5-inch wheels. After trying his sponsor’s first prototype 27.5-inch-wheeled downhill bike, Logan told KHS he would never go back to 26-inch wheels again. The bike industry took notice.

Now Logan has something else even more unusual that he’s excited about. He’s racing a single-speed downhill bike. You might think Logan has lost his mind, except that fellow downhill star Aaron Gwin recently won a World Cup downhill without any chain on his bike at all, after he snapped it in the first few seconds of his race run in Leogang, Austria. Maybe Logan is crazy, but maybe he simply knows something the rest of us don’t.

We decided to get together with Logan and find out more about him and the bike he’s currently racing.

Logan: I was born in Heber City and lived there until my family and I moved in 1999 to St. George when I was 9. I was in fifth grade.

Logan: My mother has been a nurse her whole life and still works full-time to this day! My dad spent 21 years building his concrete plant up in Heber City and sold it in 1999 when we moved to St. George. He is now retired.

MBA: Were your parents athletes?

Logan: Neither of my parents were athletes. My dad played some high school sports growing up, but at age 18 he started his concrete operations. Matter of fact, I am the only professional ath- lete out of both sides of my family, ever. So, I wasn’t born into any form of experience in the sports world. So, looking back, it makes me proud to know I started from ground zero and learned every- thing on the fly. I’m still learning every day!

MBA: How old were you when you first started riding a bike?

Logan: I remember I was somewhere around the age of 4 when I got my first bike for my birthday! It was the sickest bike of the day too—the Batman replica! But, when I was 9, I remember seeing an old 1980s 85cc Honda. I honestly don’t remember why or what interested me so much, but I told my dad I would do anything to get that bike. He bought it for me, and seven years later I had a solid amateur career racing motocross! My highlight would be making top 20 at world minis two years in a row! I remember racing the likes of Ryan Villopoto, Mike Alessi, and Davi Millsaps! I ended up getting burned out on motocross, just trying too hard and having a few serious injuries (hyper-extended elbow, torn groin, broken wrist). At this point, we were settling down in St. George, and there was a bigger scene down there for biking, with lots of cross-country trails. Two of my best friends at the time grew up racing BMX and cross-country, so with those two I was out dirt jumping and riding trails!

Everything came to me easier because I had the motocross background. A year after my motocross career ended, I couldn’t get rid of the itch to race. My dad went down to the local bike shop and got me an aggressive cross-country bike, which worked great for my 90-pound, 15-year- old body. We did a Google search to find a race that I could enter, which ended up being down in Bootleg Canyon, and I went down for my first junior-expert downhill race! Yes, I signed up as a Junior Expert for my first race. While this was all going on, around 2004 in October, I went out with friends to watch the Red Bull Rampage, which ultimately made me 100 percent committed to life as a mountain biker.

MBA: Did you win any mountain bike titles as an amateur?

Logan: I remember winning dual slalom and downhill races at the Sea Otter Classic my last year as a junior. I also won the Utah gravity series twice, I think. I clearly remember losing the NORBA National Junior Expert title at Snow Mass, because I ended up flatting. I was way ahead in points and just needed a top 20, but that’s racing.

MBA: What have been your best results as a mountain bike pro? 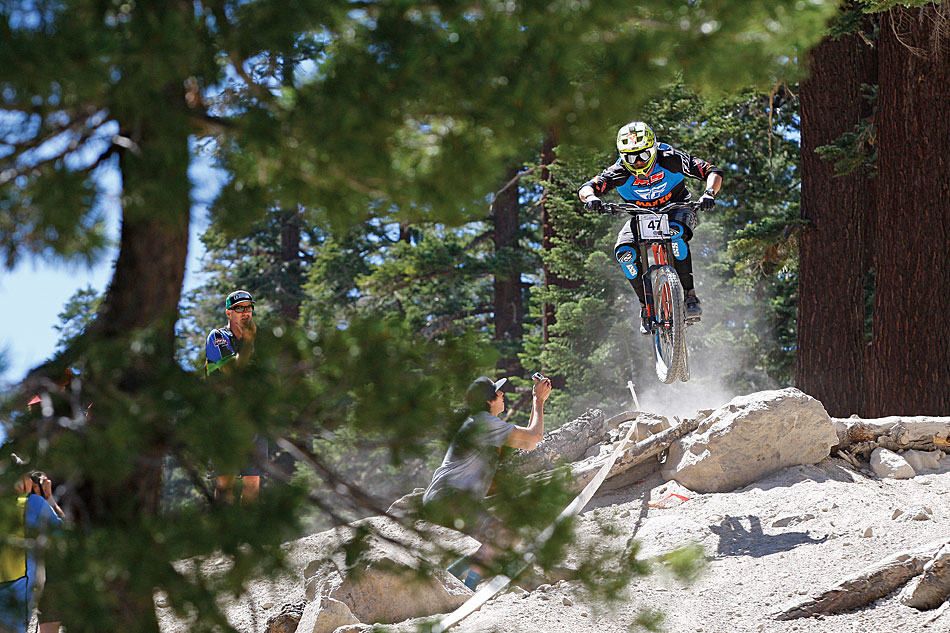 Logan: I did end up graduating early from high school with a GPA of 3.4. With that I had a scholarship paid in full for one semester at Dixie College. That’s as far as it went.

Logan: I remember growing up I really enjoyed soccer and played some baseball, but from age 9 on, it was all motocross.

MBA: What else would you like people to know about you or your family?

Logan: I know I wouldn’t be here racing mountain bikes if it weren’t for my dad and family. They’re a huge part! I’m very spiritual myself and thank the “Man Above” for everything! One of my biggest hobbies that I wish I did more of is scuba diving. I have 10 logged dives so far, with two of them in the reef off Maui. It’s now been over a year of owning my house in St. George, and I have to give 100 percent credit to KHS Bicycles and team manger Quinton Spaulding for making that happen! 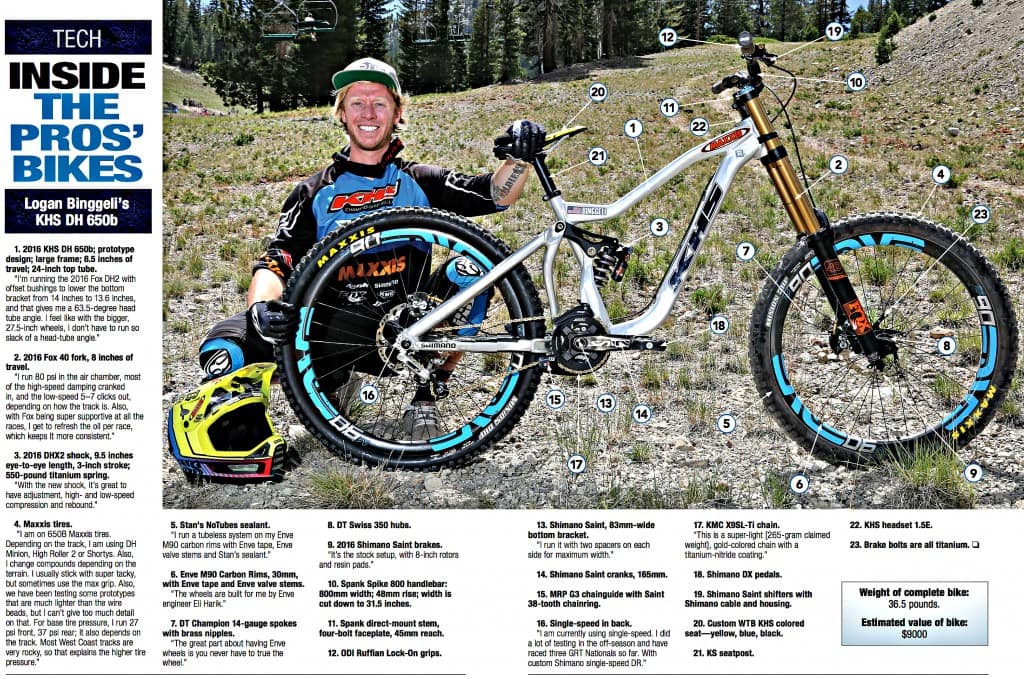