Inside the Pro’s Bikes – Catharine Pendrel 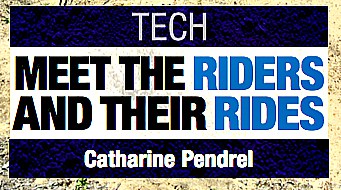 Catharine Pendrel was practically born to ride. Whether she was born to ride horses or bikes, however, was hard to tell. “My mom had me on horses before I could walk,” Catharine recalls. Her family had a horse farm in Harvey Station, New Brunswick, Canada. Besides raising horses, her mom worked as a social worker, and her dad was a biologist. It was her dad who first taught Catharine how to ride a bike, though her older brother, Geoff, played a big part later. “I remember learning as a kid but never spent time on a bike until my brother got into it when I was 16,” she recalls. Catharine competed in equestrian events until she was 16, but then she got into racing mountain bikes. “I was lucky to start riding with two of the best downhillers in Canada at the time—my brother and our neighbor, Eric Goss. I can’t believe how patient they were with me!” 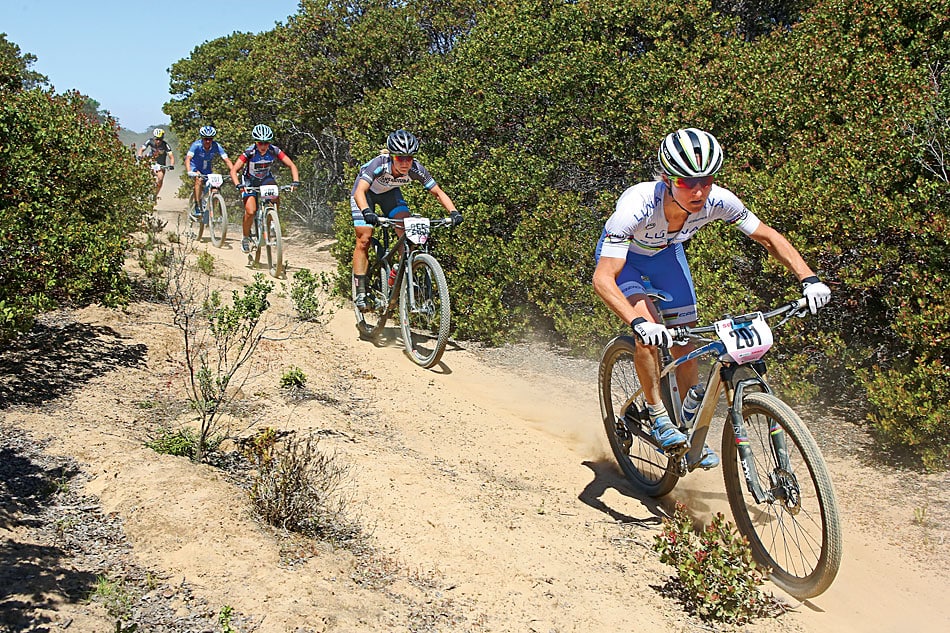 Sea Otter, 2015: As the reigning UCI world champion, Catharine Pendrel gets to wear the rainbow stripes as long as she still holds the title.

“Two weeks after I learned to ride a mountain bike, there was a local race,” she says. There was something else that got her attention too. “I saw girls trying out for the Canada Summer Games,” she recalls. “It was all the motivation I needed to continue.”

With a background in cross-country skiing, Catharine had the fitness to become a top mountain biker as well. After winning some Canadian provincial titles on her bike, Catharine got picked up by the Luna Chix mountain bike team in 2008. In the years since, she has gone on to become one of the top female mountain bikers in history, winning five Canadian national championships, 11 World Cups, two World Cup series titles and two Elite Women’s cross-country world championships. With the backing of the Luna team and Orbea Cycles, Pendrel has also benefited from two of the top sponsorships in the sport.

Says Catharine of her Spain-based bike sponsor, “Luna has been with Orbea for nine years. I like that Orbea is a smaller company with a family feel. I have met and keep in contact with the engineers, and enjoy knowing how they see the future of bike design. Orbea is a cooperative. It started as the Orbea Hermanos, a family business building weapons and tools, and after World War I it began making bicycles. This year marks its 175th anniversary.”

Orbea recently built a special bike for Pendrel to use to compete in the upcoming 2016 World Championships. It’s the bike she’ll be racing while wearing the rainbow jersey as the reigning world champion as she vies to win the Elite Women’s UCI World Championship for the third time.

Whatever Catharine does in this year’s title races, she also knows that the Olympics are looming ahead in 2016. Catharine has raced in two Olympic Games so far. She came in fourth in Beijing in 2008 and ninth in London in 2012. It’s a safe bet that Catharine would love to pick up an Olympic medal in Rio next summer. After all, if you’ve got what it takes to be a two-time world champion, you might as well go for the most prestigious medal of all.

Claiming it: Even with two world championships, 11 World Cup wins and two World Cup series titles to her name, Catharine doesn’t take any race for granted. She battled hard to win this year’s Sea Otter. 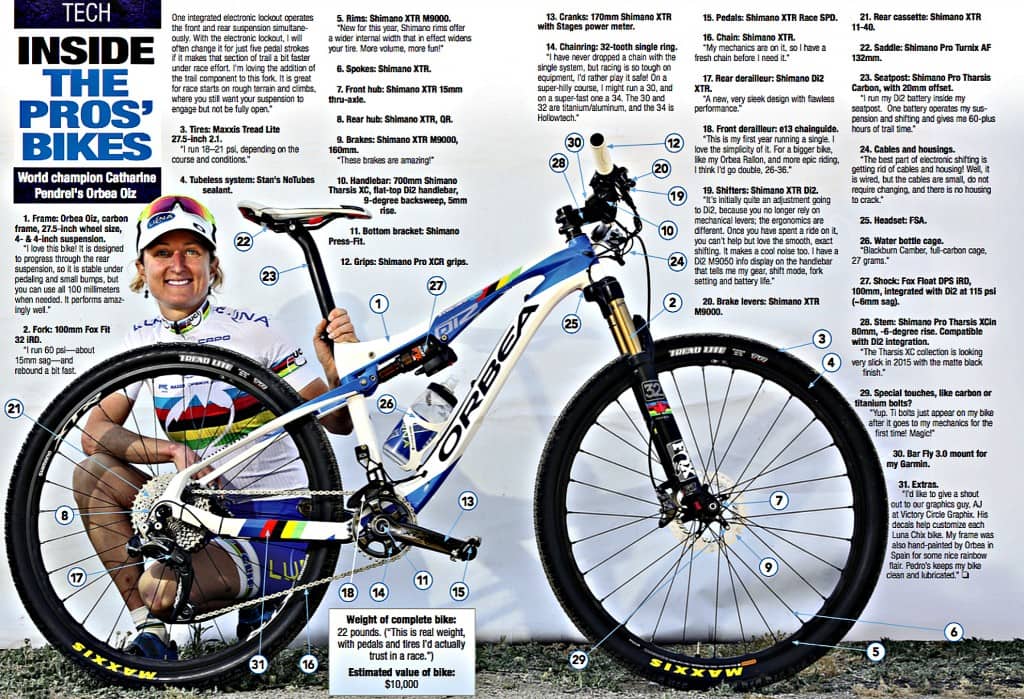