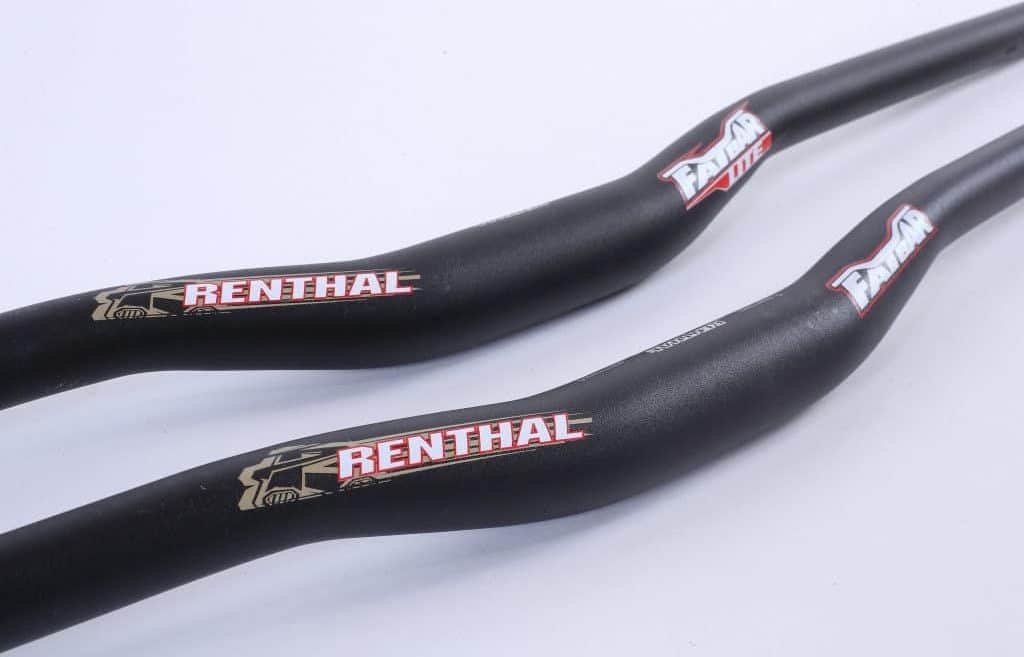 Andrew Renshaw and Henry Rosenthal combined their names back in 1969 to form a new handlebar company now famously known as Renthal. Renthal helped revolutionize the popularity of aluminum handlebars for motocross bikes and, in 2004, became the first aluminum handlebar to be spec’d as original equipment on a Japanese off-road motorcycle. In 2010 Renthal expanded into the mountain bike market, quickly attracting the attention of top pros. Today, Renthal bars can be seen on the bikes of high-caliber athletes, such as Aaron Gwin, Richie Rude, Jared Graves and many more. The Fatbar and Fatbar Lite have long been favored by the MBA test crew; however, Renthal has recently announced an all-new, updated version. Our testers bolted the new Fatbar Version 2 bars to their bikes to see if Renthal could further improve upon perfection.

Fatbar Version 2: The Fatbar is designed for gravity riders looking for a combination of weight savings, durability and strength. The Version 2 bars went through a full structural redesign to keep up with modern demands. This 7050-T6 aluminum bar features the same geometry as the previous version with a 7-degree backsweep and a 5-degree up-sweep and is available in four rise options—10, 20, 30 and 40 millimeters. Renthal widened the Fatbar from 780 to 800 millimeters and managed to reduce its weight down to 315 grams while retaining the same level of durability and stiffness. Renthal made this possible by using its variable-gauge taper-wall tubing design. Last but not least, Renthal offers the new bars in a black, hard-anodized finish, as well as Renthal’s iconic hard-anodized Alugold. The Fatbar Version 2 handlebars retail for $85.

Renthal’s most popular handlebars, the Fatbar Lites, also received a few updates over the previous version. The new bar was widened from 740 to 760 millimeters to better suit the needs of trail riders. Renthal kept the geometry the same, and with its high-grade 7050 T6 aluminum, Renthal was able to maintain the same weight of just 270 grams, even while extending the overall width. The Fatbar Lite is available in both color options and has a retail price of $85. This new handlebar features the same four rise options—10, 20, 30 and 40 millimeters—and claims to have the same strength and
durability as the previous iteration. 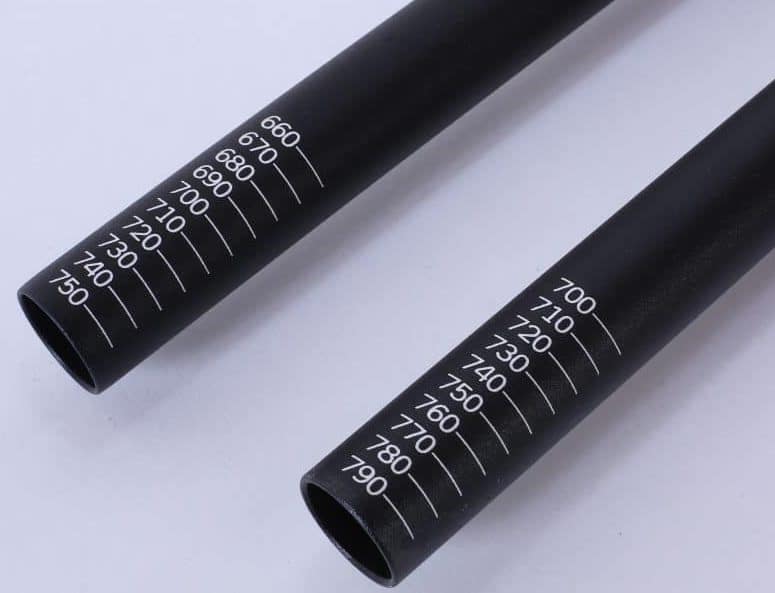 Our test riders put both new bars to the test against the original Fatbars to see firsthand how these new handlebars performed. We began testing the Fatbar Lite, as it is more relevant to the average trail rider. It’s not uncommon nowadays to see 800-millimeter bars on a trail bike; however, this is mostly done so that a rider can trim his bars to the desired width. Many top enduro racers run handlebar widths closer to the 760-millimeter range. The Fatbar Lites performed well, and the extra 20 millimeters helped boost our confidence; however, the changes, other than width and color, are fairly unnoticeable. The Fatbar, on the other hand, sheds 45 grams over the previous version while gaining an extra 20 millimeters, giving the new bar a width of 800 millimeters. The new Fatbar may help you cut some weight from your aggressive gravity rig. The 800-millimeter bars gave our riders ample leverage to toss the bike around and will more comfortably suit larger riders with wide shoulders. Some riders, however, may want to trim these bars down to 780 millimeters and increase the weight savings. If you already have a Renthal bar on your bike and are satisfied with your current handlebar width, then the new version may not make a huge difference in performance. That said, if you’re looking to upgrade an OEM handlebar, the new Fatbar and Fatbar Lite would be a great way to literally bolt on performance. www.cycling.renthal.com