Pat suggested to Dean and Frenchy that it might be fun if they did something similar. They liked the idea, too, so the next year the three friends planned their own Chili Ride a few days before Halloween to celebrate the start of the annual night-riding season.

Ten people showed up for the event that first year. Pat drove his truck to the top of the hill to carry the Coleman stove and the five cans of chili that they needed to feed everybody who showed up.

“The next year, 21 people showed up,” Pat recalls. The next year, there were around 40 people. “Each year the number has just about doubled,” Pat says. 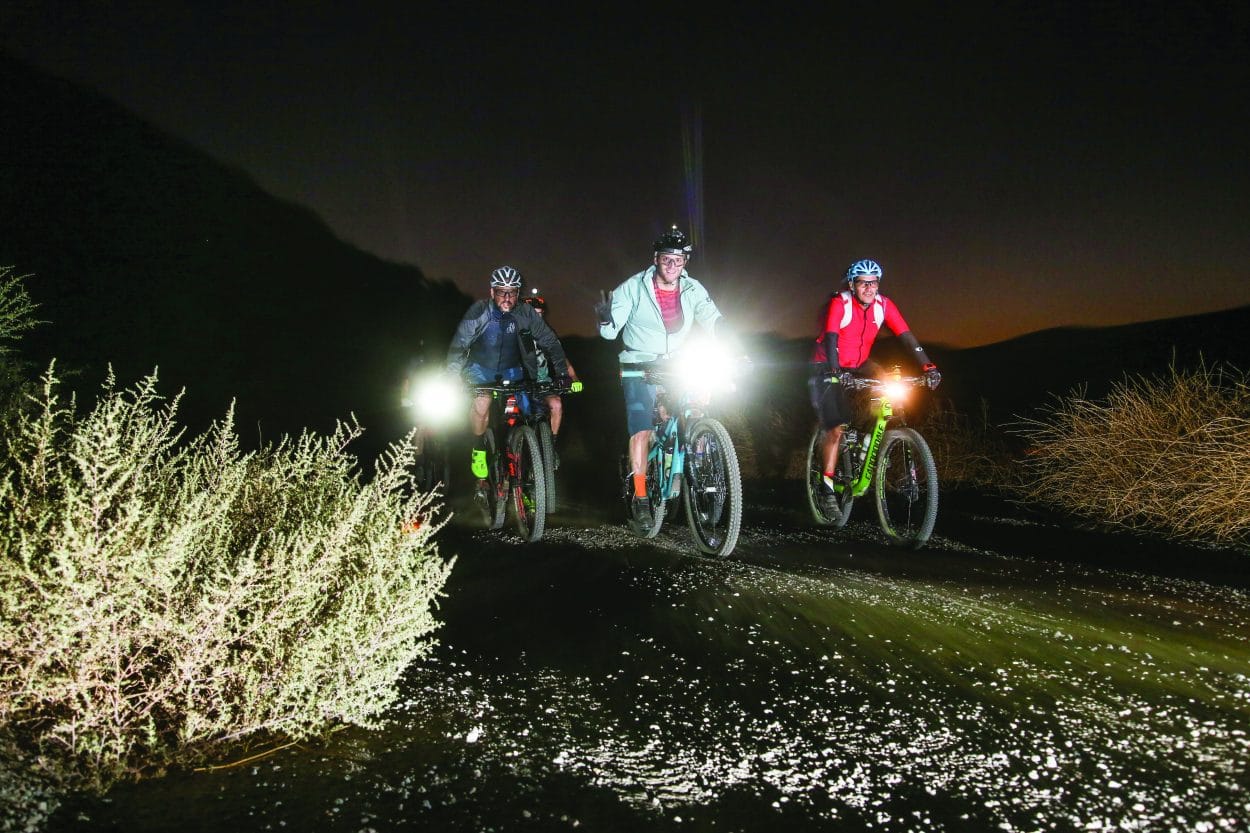 It’s a lot easier to ride up the mountain at night when you have a group of friends going with you.

Nobody knows exactly how many people will show up, for this grassroots fun ride each year. It was the 10th year of holding the event, which is officially announced on social media one month before. There were no tickets to sell or collect. Nobody signs up for the ride in advance. They never have. People simply show up. Pat, Dean and friends have never even charged a fee to the people who come to the ride, either. “It’s always been free,” says Pat. He and Dean, who used to be a stuntman in Hollywood and was even Harrison Ford’s stunt double in a couple of Indiana Jones’ movies, pay for the chili themselves. Dean has always insisted its his way of giving back to the local cycling community of friends. 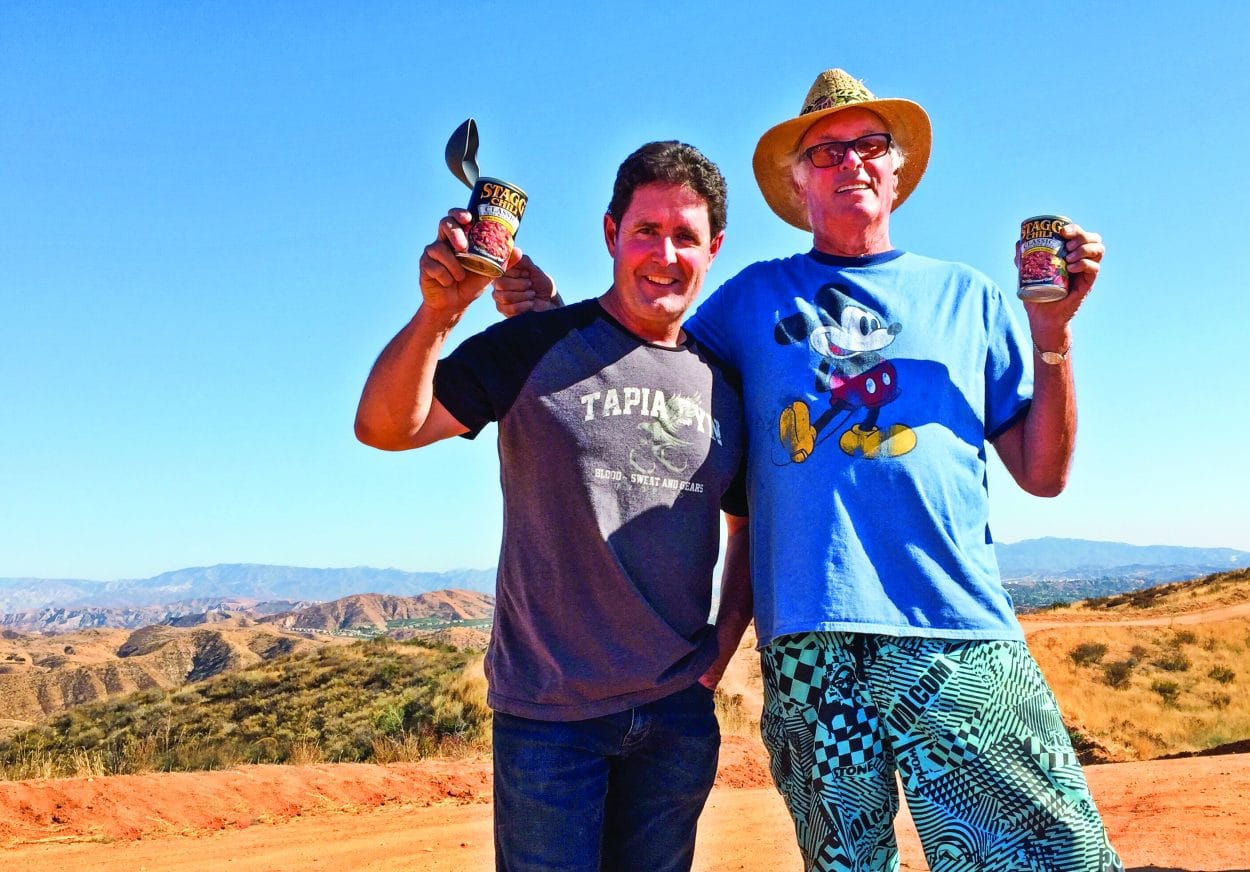 MBA’s Pat Carrigan (left) and his pal Dean Ferrandini show off a couple of cans of the Stagg Classic Chili that they serve to the riders at the top of the mountain.

“For this most recent event, Dean brought enough Stagg chili, sodas and water to serve an army. Tom Delgado and his wife Kristen, who have been volunteering for the past four years, spooned out 340 bowls to the riders who made it to the top of the mountain for this 10th annual Chili Ride. Tom and Kristen also help set up and break down the temporary camp. Each year more and more volunteers come together to make the event happen, and it couldn’t be done without their assistance,” says Pat. 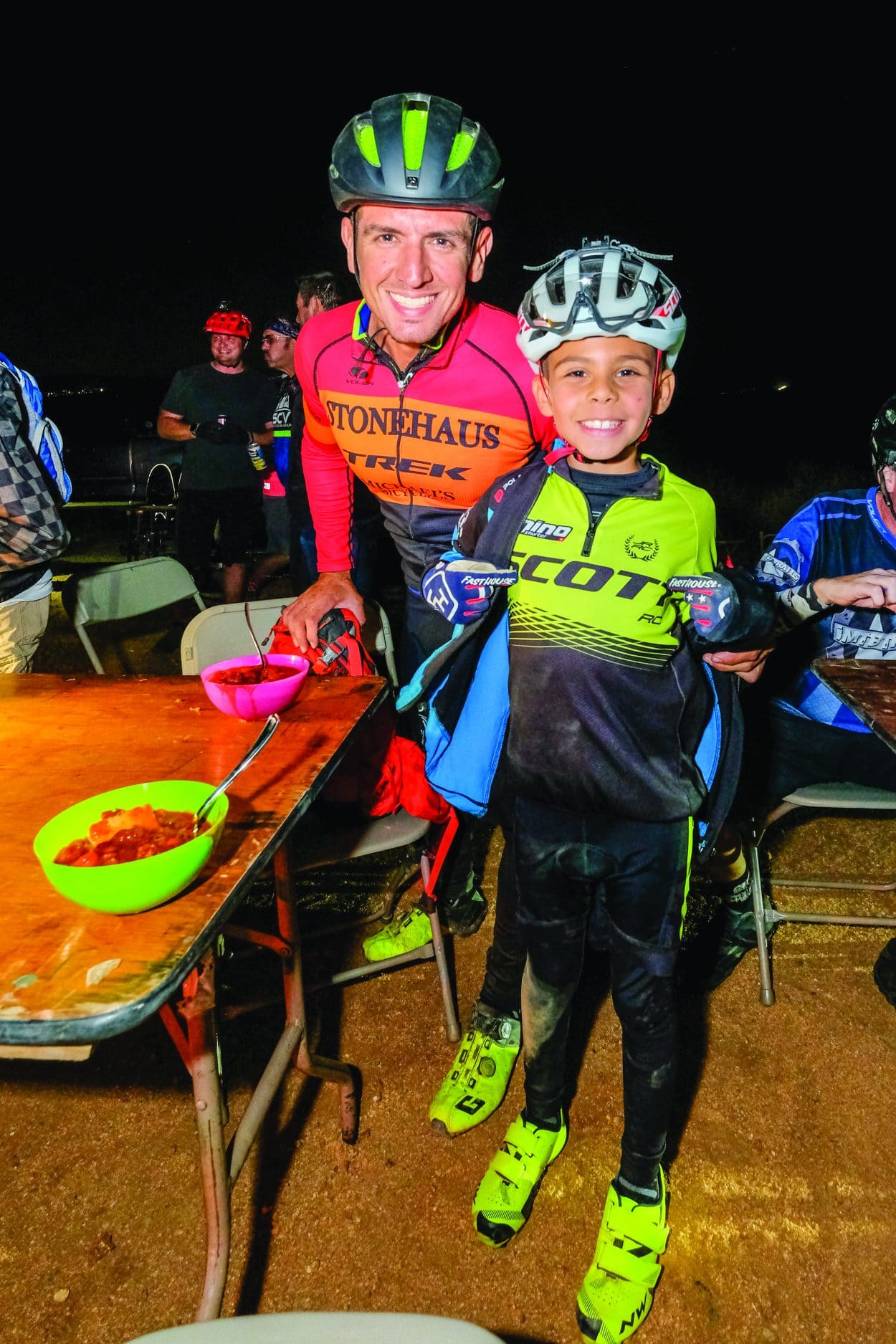 One thing that makes the event easier is that the chili is not even homemade. It tasted so good by the time riders made it to the top of the hill that many of the riders were surprised to find out that it was actually canned.

“Every year the event gets more buzz,” says Pat, “and we all look forward to it. Dean has hired a guitar player to entertain everyone at the top of the mountain for the last three years. Next year he’s talking about hiring a band. What’s cool about it now is it’s such a family-friendly event that guys will bring their wives and kids that otherwise wouldn’t be riding to the top of the mountain.” 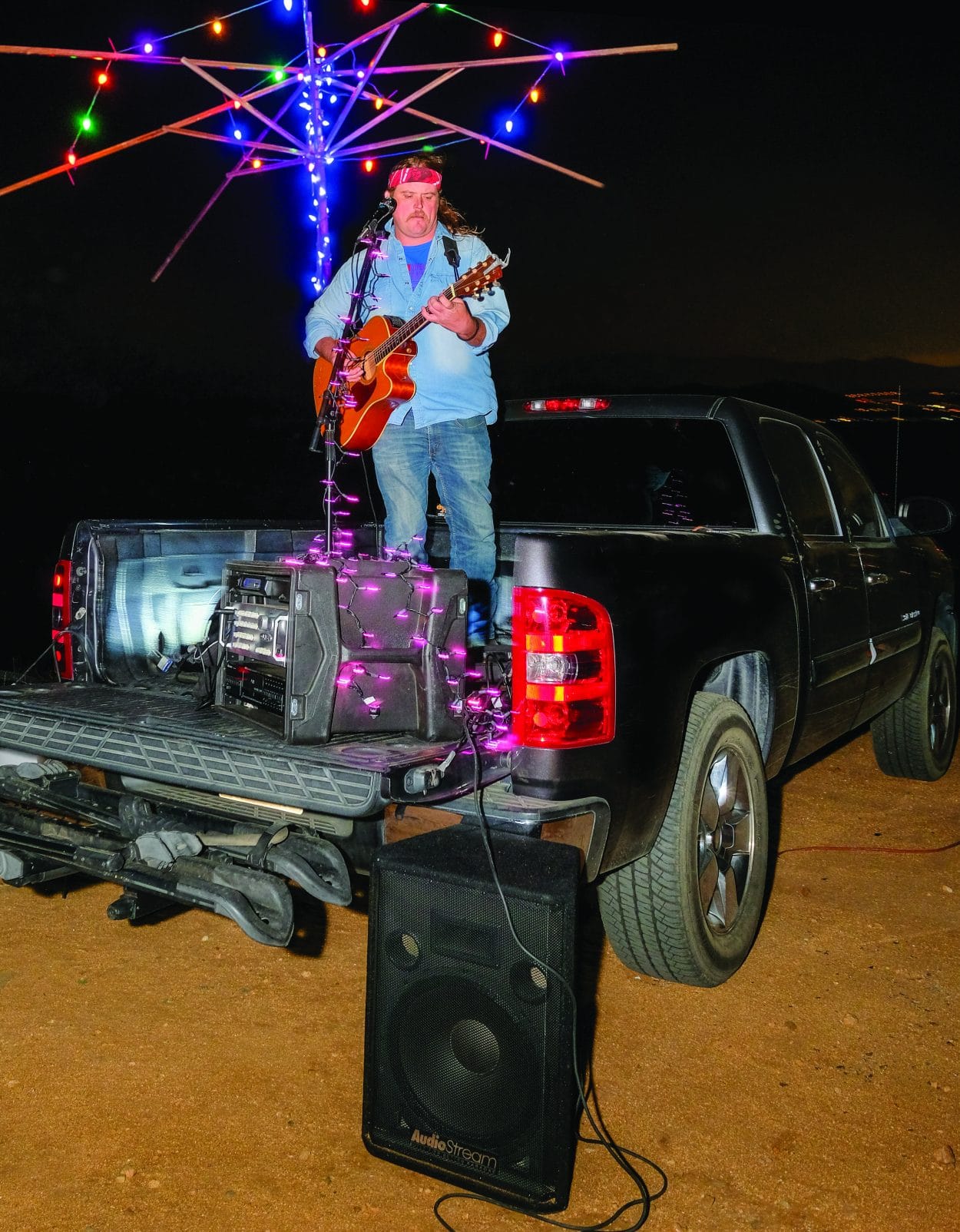 It’s an event that draws everyone from kids to grandparents—and maybe even some great-grandparents. “Dean turned 74 this year,” says Pat. “The oldest rider was 76 years old.” 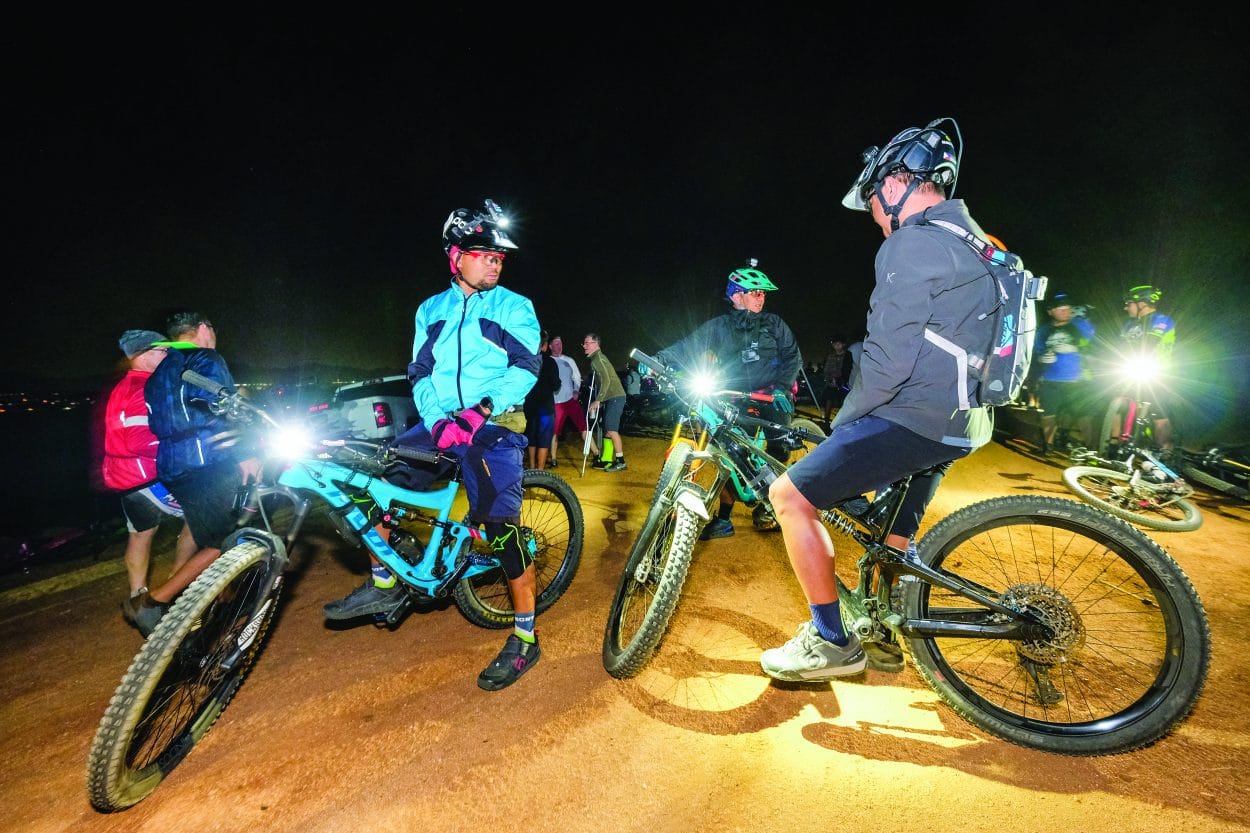 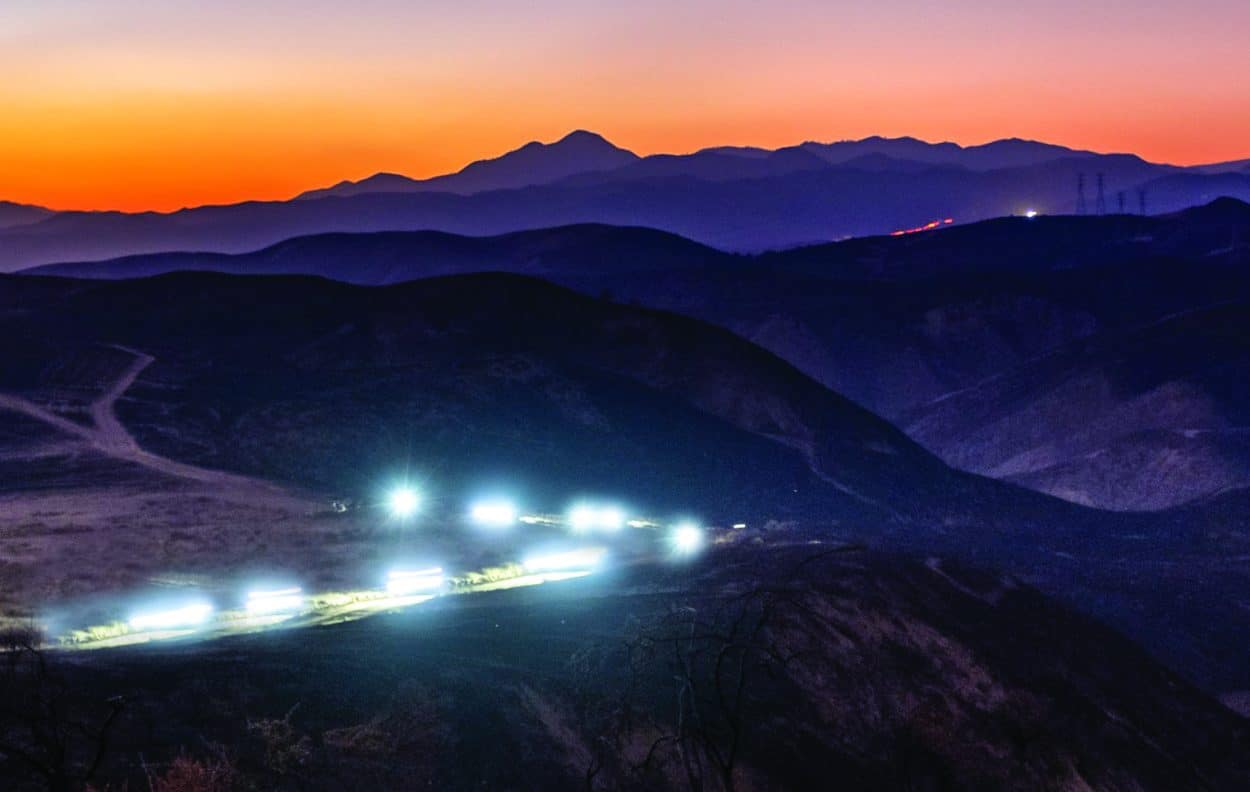 If all goes well, the event will likely happen again next October, but there won’t be any official announcement about it. The event is only publicized by word of mouth and social media amongst their growing network of friends. For those in the know, the event is a blast. If it does happen again—and Pat thinks it will—it will probably be the last full moon before Halloween. But don’t tell anybody about it; we don’t want the chili to be all gone before we make it to the top of the mountain.