The Bikes and Products That Dominated the Absa Cape Epic

The Bikes and Products That Dominated the Absa Cape Epic

The 2019 Absa Cape Epic was one for the record books. It featured more metres of climbing per kilometre than any previous edition. Off the bike it broke its own viewership records with mountain biking fans tuning in from around the globe to view the live broadcast over 1 500 00 times during the eight days of racing. Those are just the headline grabbing statistics however, join us for a deep dive into some of the race’s most interesting numerical facts.

Of the 1 380 riders who rolled off the start line at the University of Cape Town, 1 273 earned a finisher’s medal at Val de Vie Estate. That is a completion rate of 92%. The historical average is 86% (2004 – 2018), which indicates that despite the climbing heavy route the general level of preparation was higher than ever. In fact, 2019’s finisher percentage was up to a new highest level, by one percentage point from 2018. Despite that, the average speed of the final finishers – Daniel Scheniuk and Ron Dagan, of Lazy Tsfonim – was the slowest at 11 kilometres per hour since average speed records were first kept in 2014; but 11 kilometres per hour, which equated to a total of 57:37.27,4 hours of riding, was enough to claim a spot in the Book of Legend for the team that travelled from Israel. 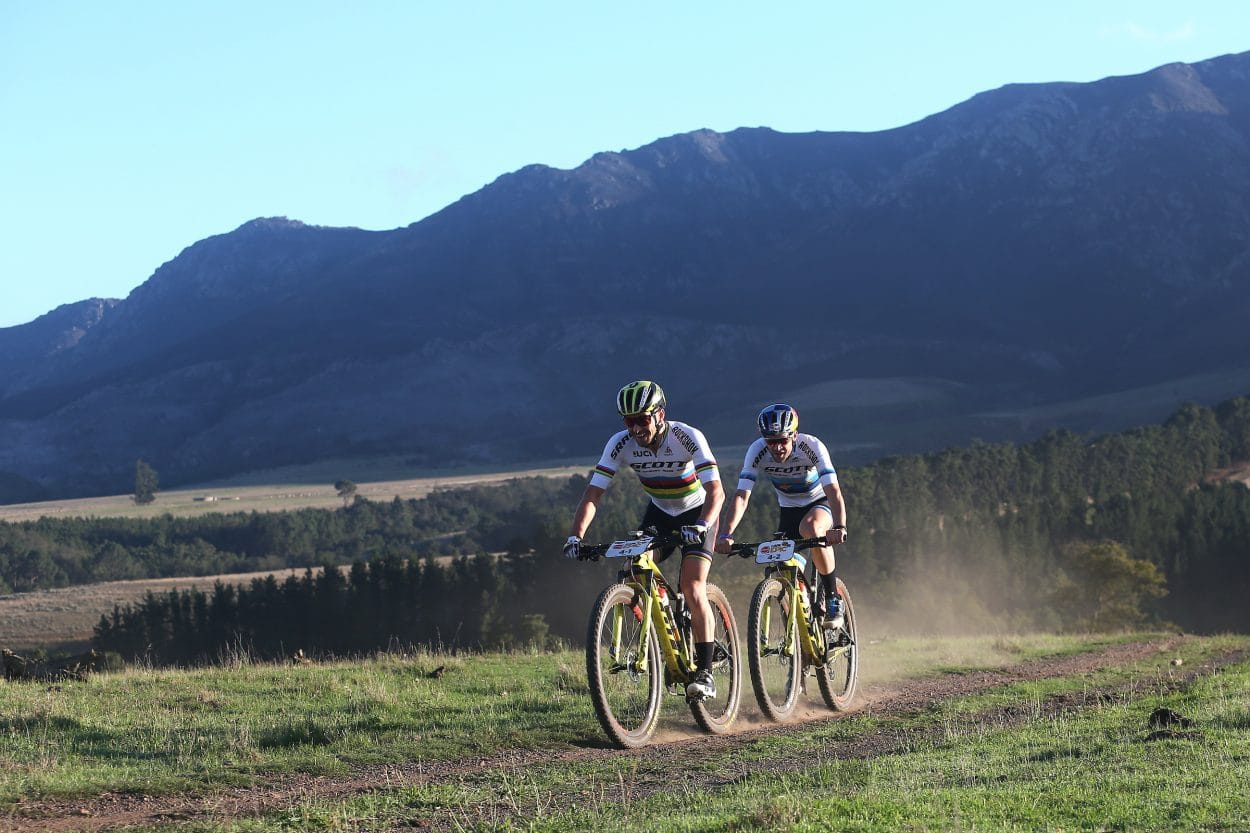 The superb finishing rate for this year’s race also meant that the Amabubesi Finisher Club, of riders who have completed three or more Absa Cape Epics, swelled by 164. The total number now stands at 1 518. In terms of nations represented, locals still dominated the start and finish lines, with South Africa being the most represented nation at the race. The next best represented nation was that of José Antonio Hermida. Hermida and his fellow Spanish riders made up 10% of the field. The traditional mountain biking powerhouse nation of Switzerland was the third, boasting 6% of the total rider helmet count.

Cycling has long been the scene of a technological arms race. Mountain biking and the Absa Cape Epic are not exempt from that trend. 57% of the field purchased new bikes for the challenges of the Untamed African MTB Race and 12% of the field listed their bikes at being valued between R100 000 – R110 000! Unsurprisingly the number of riders participating on full suspension bikes grew from 94% to 96% in 2019. 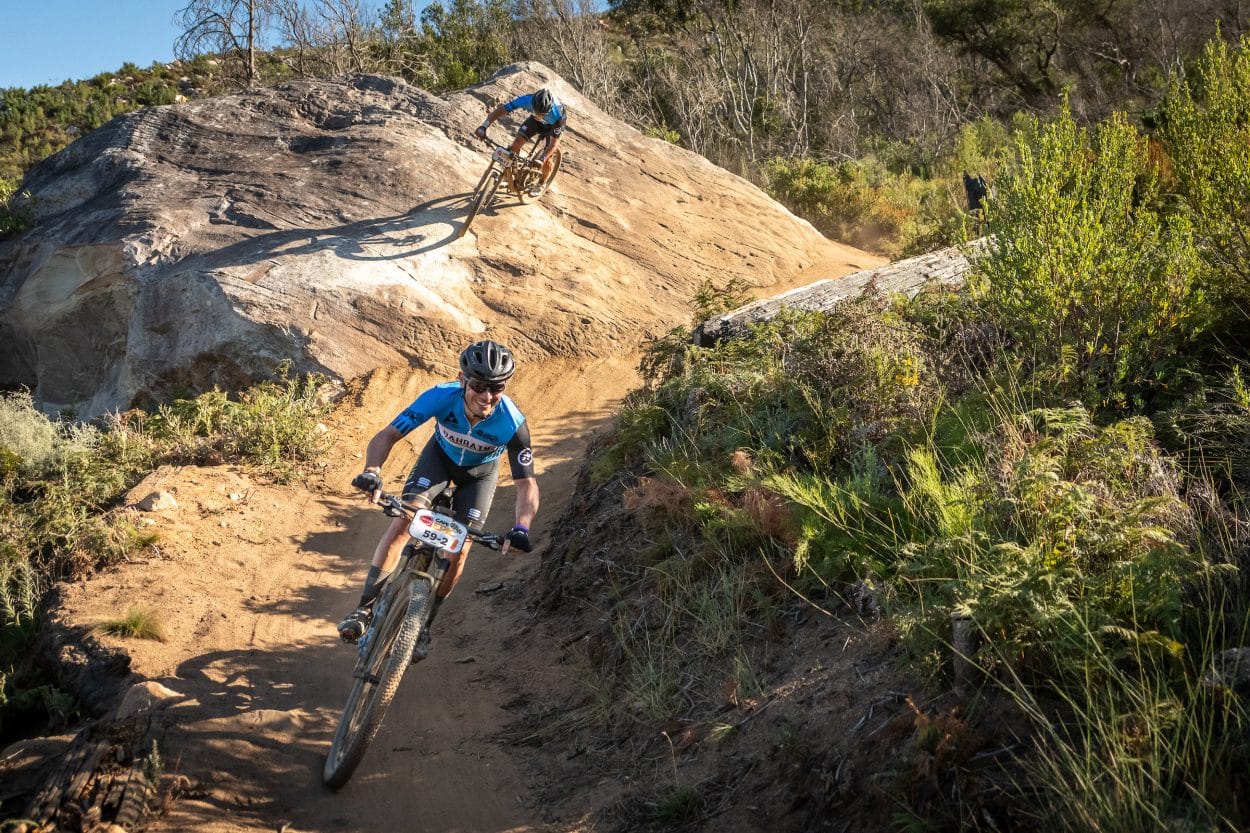 SRAM dominated the drivetrain count, claiming a sizeable majority by powering 76% of the bikes in the race. The question of riding single, double or triple chainrings had a very clear winner. Single chainring come out on top with 88% of riders opting for a maximum of 12 gears to get them through the 624km and 16 650m of vertical ascent. To put it into perspective, we could quite literally count the amount of triple chainrings on two hands (8).

As any rider will attest, a good pair of sunglasses goes a lot further than just being functional. Oakley was the eyewear brand of choice, ensuring clarity of vision (and style points) for 58% of eyes which were staring out at the trails of the Western Cape. 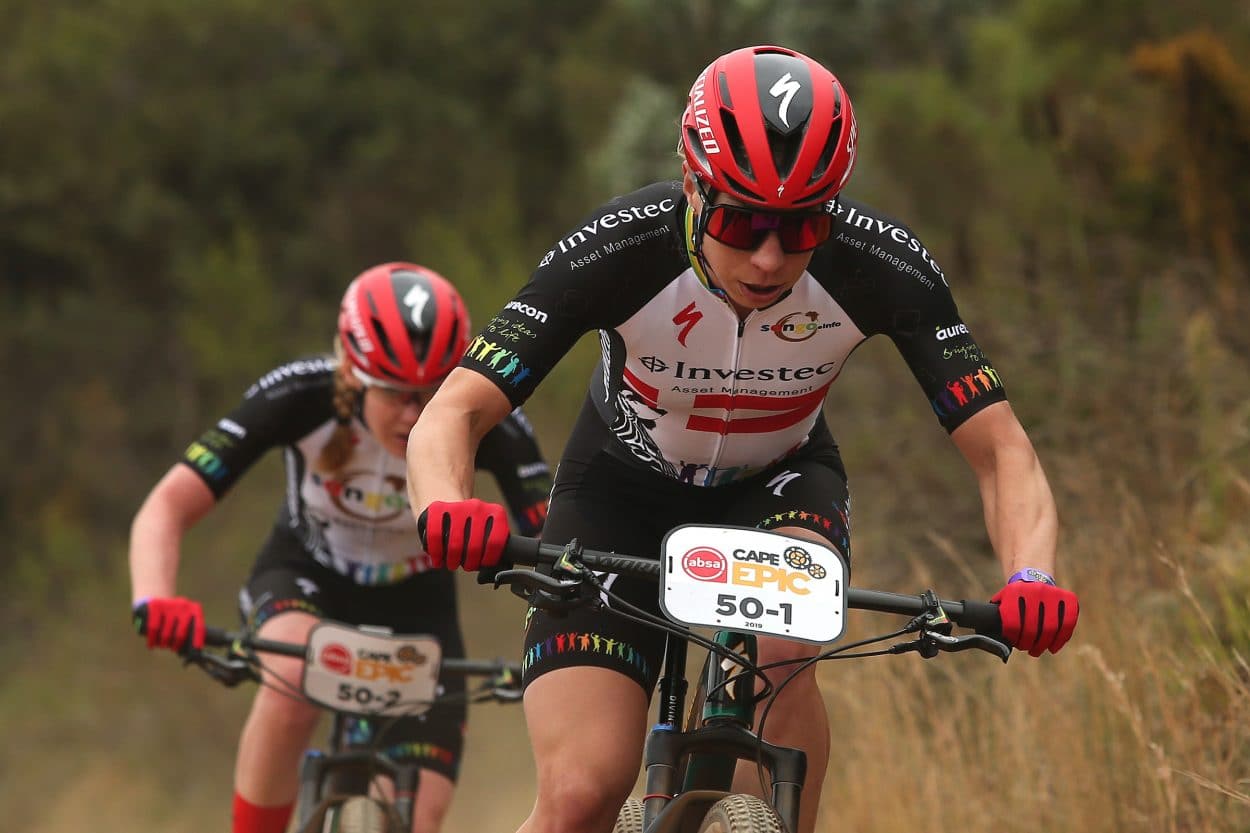 The most fiercely contested battle however was that of the bike manufacturers. For the third year in a row Specialized topped the charts. The Big Red S proved the choice for almost one third of riders in the field. SCOTT claimed second place and Cannondale third. Interestingly, these three brands also had the most amount of category and special jersey wins between them.

Oliver Munnik and his fellow 11% of luddites, who still choose to shun heart rate monitors and GPS bike computers were very much in the minority this year. 89% of the field trained for the Absa Cape Epic using both a heart rate monitor and a GPS head unit. Power meters were less widely adopted though, with 54% of the riders basing their training on power data and 2019 was the first year that power meters have crossed the 50% mark. 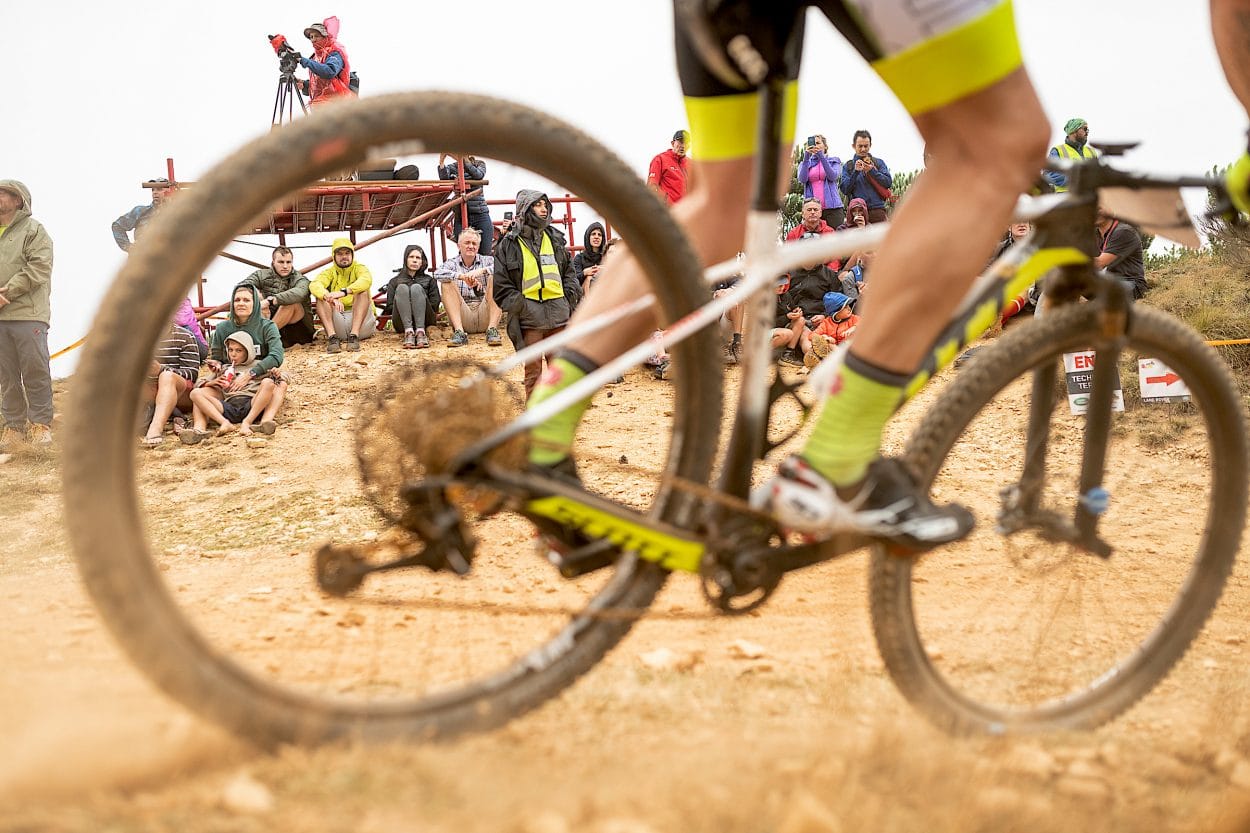 SRAM drivetrains were the most popular this year. Photo Xavier Briel

Seeing the data as provided by riders in our pre and post-event surveys is always an incredibly interesting aspect of the analysis of the Absa Cape Epic; the information allows us to adapt our offering and leads us to speculate over what next year’s event will hold.

The Changing Landscape Of Bike Shows

Meet The Riders And Their Rides: Jill Kintner and Her Norco Optic

Prev Next 1 of 143
Hit that like button if you love Bronze! And chec

The team at @ridecncpts has done it again and list